Browns vs. Chiefs: Follow the latest scores and updates from the NFL playoffs

INTERSTATE 80 — On his weekly runs across the country, commercial truck driver Medi Agha is doing his best to stay in social isolation, he said.

When he reaches a truck stop, like the Petro Stopping Center on the western edge of Laramie — where he spoke to WyoFile Saturday — he tries to get in and out quickly, he said.

During this stop, he showered. He ordered food to go from the on-site restaurant, which is only serving to-go meals anyway following orders from Gov. Mark Gordon and the state’s health officer to restrict public gatherings. Then he headed back to his truck cabin.

When a reporter approached his truck, Agha called out “six feet please,” with a smile.

Since COVID-19 seized hold of the country, government officials have scrambled to expand hospital bed capacity. Health systems are hustling to source medical supplies like testing materials and personal protective equipment — some of which is already limited in many places. Confronting all those concerns requires a functional transportation and logistics network.

Agha and his colleagues, along with the rest stop and gas station workers, mechanics, tow drivers, highway patrolmen and snowplow drivers who keep trucks on the road have suddenly moved to the forefront of the nation’s consciousness.

Gordon on Friday issued an executive order loosening restrictions on truck load weights and the number of hours a driver can work when delivering urgent supplies for the COVID-19 response. The order followed and mirrored one issued at the federal level, Wyoming Department of Transportation Public Affairs Manager Doug McGee said.

This weekend, a winter storm and a subsequent pile-up closed a stretch of I-80 between Laramie and Cheyenne. Communicating with drivers through social media channels and mailing lists, Wyoming Highway Patrol and WYDOT officials put together a convoy of 26 trucks carrying the sorts of supplies deemed essential to the COVID-19 response. The convoy was escorted by snowplows and patrol vehicles around the closure using Highway 210, which runs parallel to I-80 and was also closed to the general public.

The list of supplies in Gordon’s order extended beyond medical supplies to include water and food, heating oil, motor fuel and agricultural products and supplies including livestock feed.

On the road, Agha has searched for hand sanitizer and other disinfectants at each stop in the many states he travels through without success, he said. During this run, Agha is carrying medical supplies, although he didn’t know what kind. To boost his own immune system, Agha is getting plenty of sleep, eating healthy and trying to exercise, he said. He travels with dumbbells in his truck and works out with them every other day.

He’s seen fewer cars on the roads but plenty of trucks, he said. Traffic on the coastal ends of his routes is suddenly nonexistent.

The 32-year-old New Yorker makes good money driving a truck, he said. Before the outbreak, he sometimes felt like he was missing out on life — not going to nightclubs and socializing — while on the lonely highway.

But the city today is shuttered. Instead, “I’m doing a service proudly,” Agha said.

He’s not sure if COVID-19 is as much on the mind of his many colleagues around the country: “I don’t think they are aware of it much because they just don’t have good information.”

On I-80, large electronic signs managed by the Wyoming Department of Transportation span the highway at regular intervals. Most often they warn drivers about black ice, blowing snow or high winds. On Saturday, they directed people to a Wyoming Department of Health website with COVID-19 information.

Isolated but at risk

Truck driving — long days alone, or with a partner, behind the wheel — is isolated work. But the work puts drivers into the stream of human travel and commerce, which brings risks of exposure or transmission.

“We are in a way isolated, but on the other hand we’re stopping at rest stops and travel stops with people from all over the world,” said Ron Morgan, another cross-country commercial driver WyoFile interviewed on Saturday.

Unable to acquire hand sanitizer, Morgan has improvised with something he calls “bleach balls” in order keep his truck clean. The bleach ball is just a balled up piece of paper towel, soaked in bleach. Morgan wipes his doors and dash down with such balls and washes his hands with soap and water when he gets back in his truck after any stop, he said.

Morgan was not hauling COVID-19-related supplies, he said, but instead heavy, bagged material traveling from upstate New York to Nevada. “They never tell me what they load on,” he said. His company considered hauling COVID-19 supplies but was discouraged when it heard of long waits at distribution centers to load trucks because of heavy demand.

It’s not only the drivers who worry about the virus.

At the Petro Stopping Center, workers are cleaning more frequently, said employee John Shelden, who was wearing gloves while emptying trash cans outside. The showers used by truckers are on strict cleaning schedules, Shelden explained, though he added that was true before COVID-19, too.

Despite the hazards and the business closures all over Wyoming, he said, it is important truck stops stay open.

“That’s the problem with it. We want to try and quarantine but our entire economy is based on these trucks. We can’t afford for them not to make runs.”

On Saturday afternoon, a few customers lounged in chairs inside the Petro Stopping Center, while truck drivers moved between a parking lot crowded with semis and the building with shower bags on their arms. Most seemed to be taking precautions, Shelden said.

“Every single trucker I’ve seen has opened the door with a paper towel,” he said.

But not all were concerned.

“I don’t buy it,” Utah resident and commercial driver Brice Green said of the pandemic: “I think it is way overblown.”

Green, who does regional shipping anywhere “west of the Mississippi,” was carrying a truckload of refrigerated food. He has been a commercial truck driver for 38 years, he said, and sees little new on the road since COVID-19’s arrival.

“It’s the same old grind. I wash my hands. I washed them before.”

While the truck stop in Laramie was crowded with trucks, the Akal Travel Center some 20 miles west of town was slow. The Akal is the last stop for drivers before they climb toward Elk Mountain — one of I-80’s most treacherous wintertime stretches.

Located on a windswept and empty stretch of Wyoming plain, the stop houses a restaurant that serves authentic Indian food — an incongruity that has drawn national attention. The restaurant, which drew truck drivers and other travelers in the know, is also closed under Gordon’s order. To-go orders of samosas and fare like chicken wings and burritos are still available.

Business was slow for a Saturday, proprietor Gurjot Singh said. “It’s OK,” he said. Often the trucks fill a lot on the east side and wrap around the building to the south. Singh is trying to wear gloves and use lots of hand sanitizer as he interacts with customers, he said, though the shelves of his store, too, are empty of such items.

By Saturday evening, Singh was down to his last pair of gloves, he said. Holes were visible in their fingertips. He had placed orders for gloves and other safety supplies. 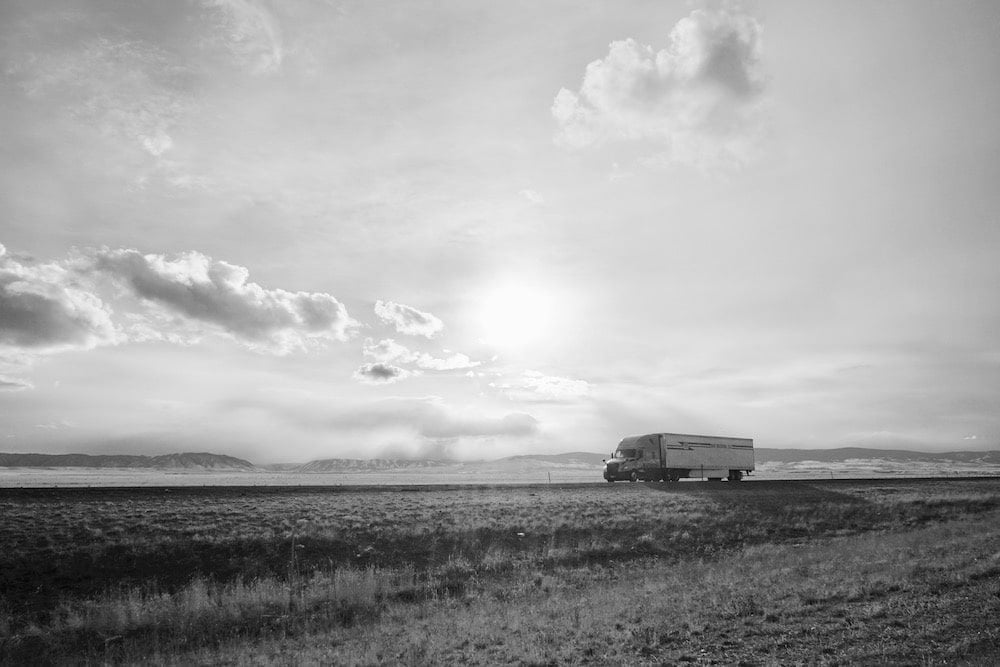 A truck heads east on Interstate 80 outside Laramie. 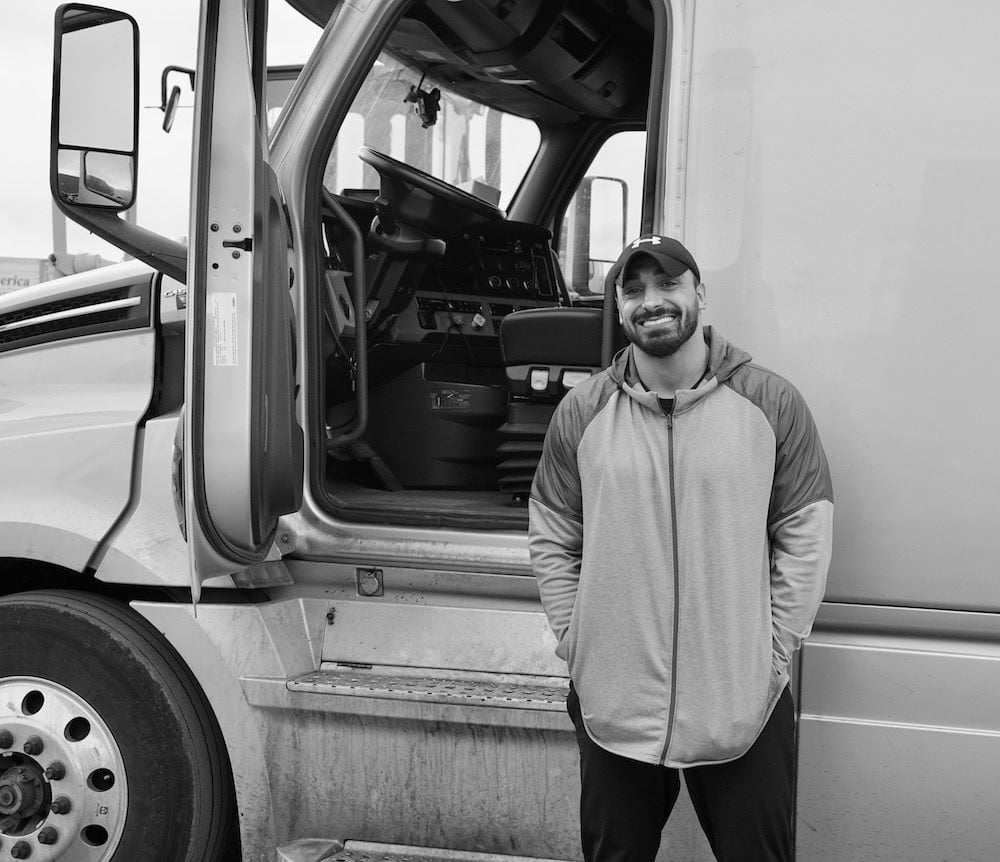 Medi Agha stands for a portrait in front of his truck Saturday. 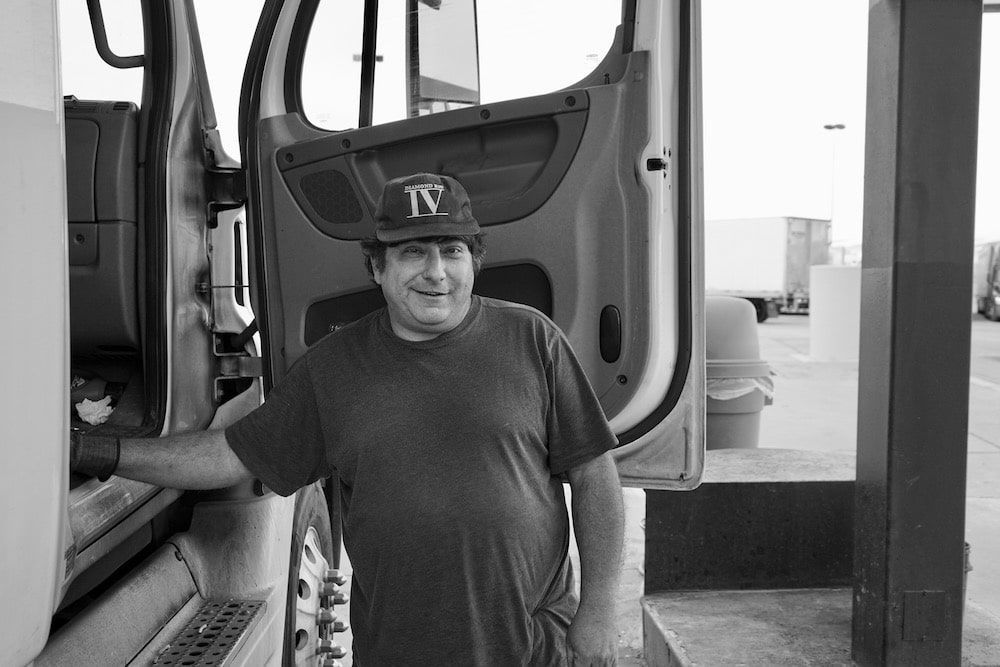 Ron Morgan stands for a portrait in front of his truck on March 21.