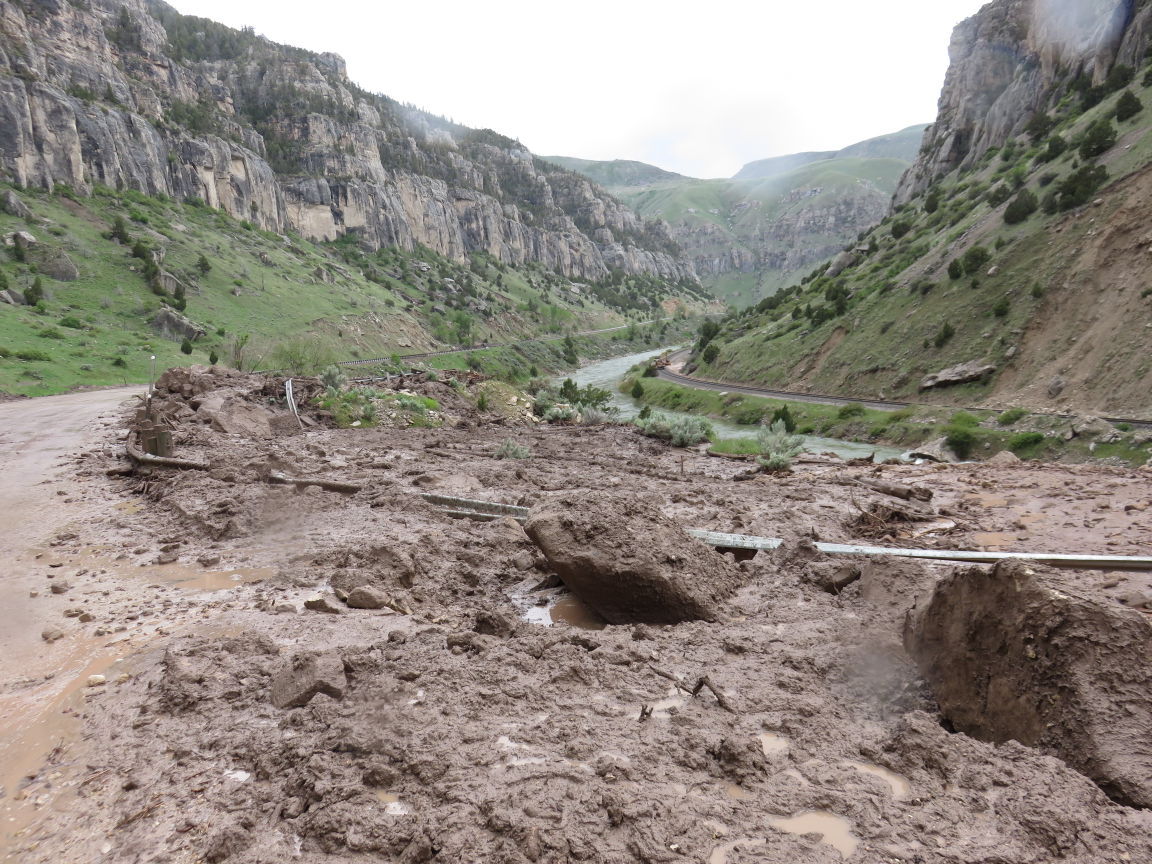 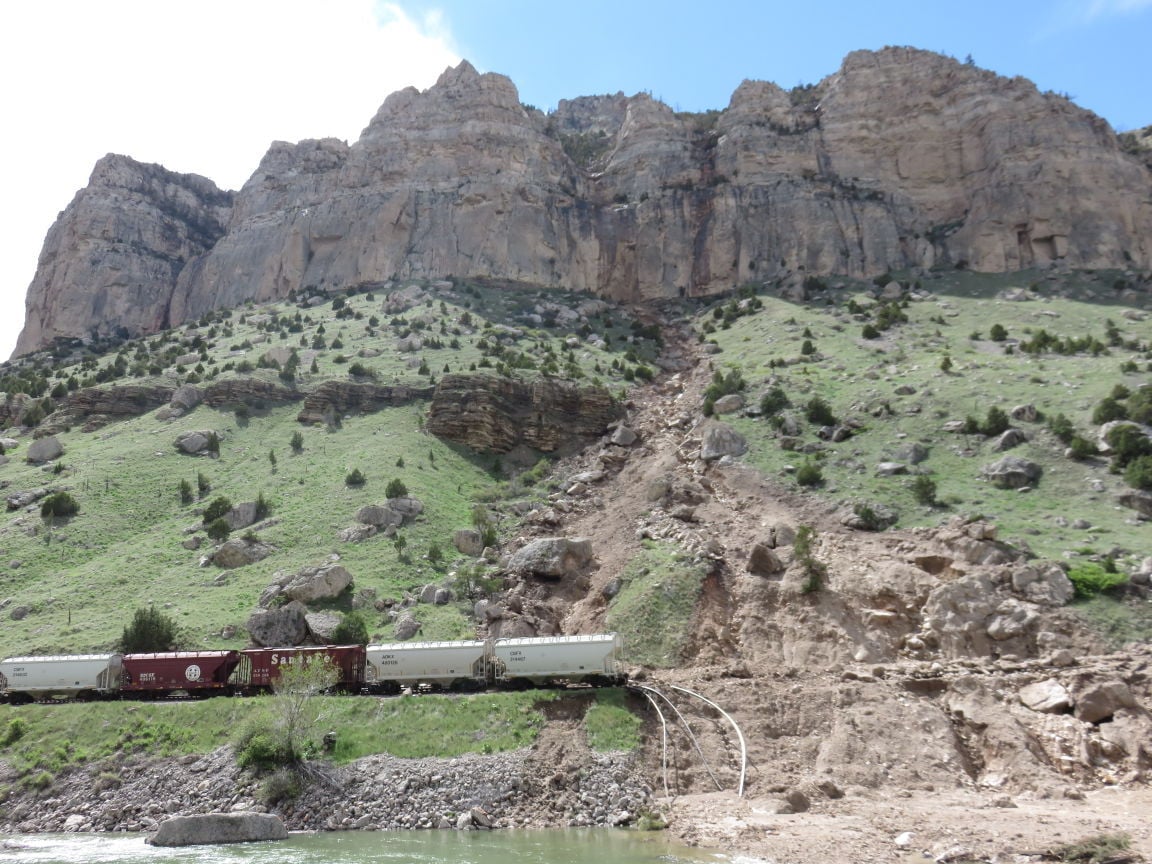 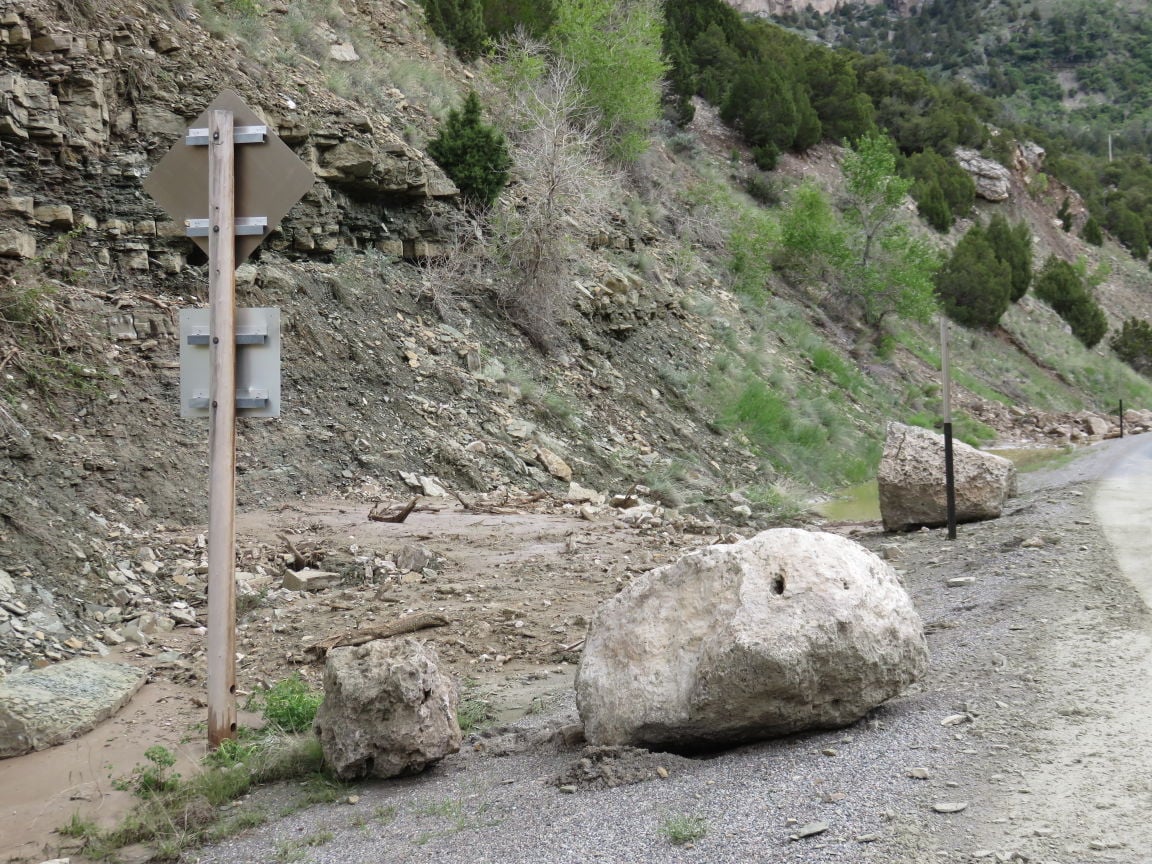 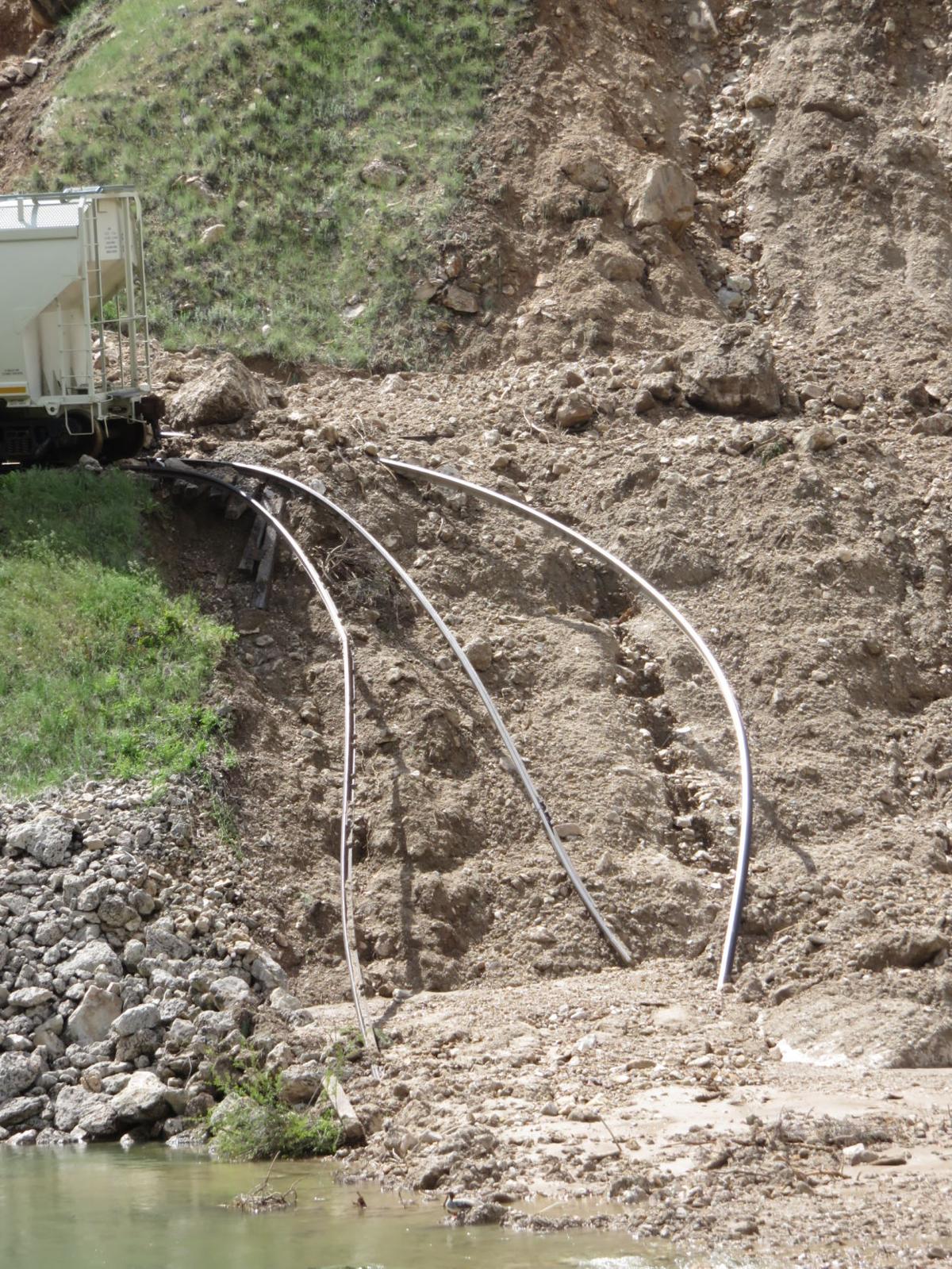 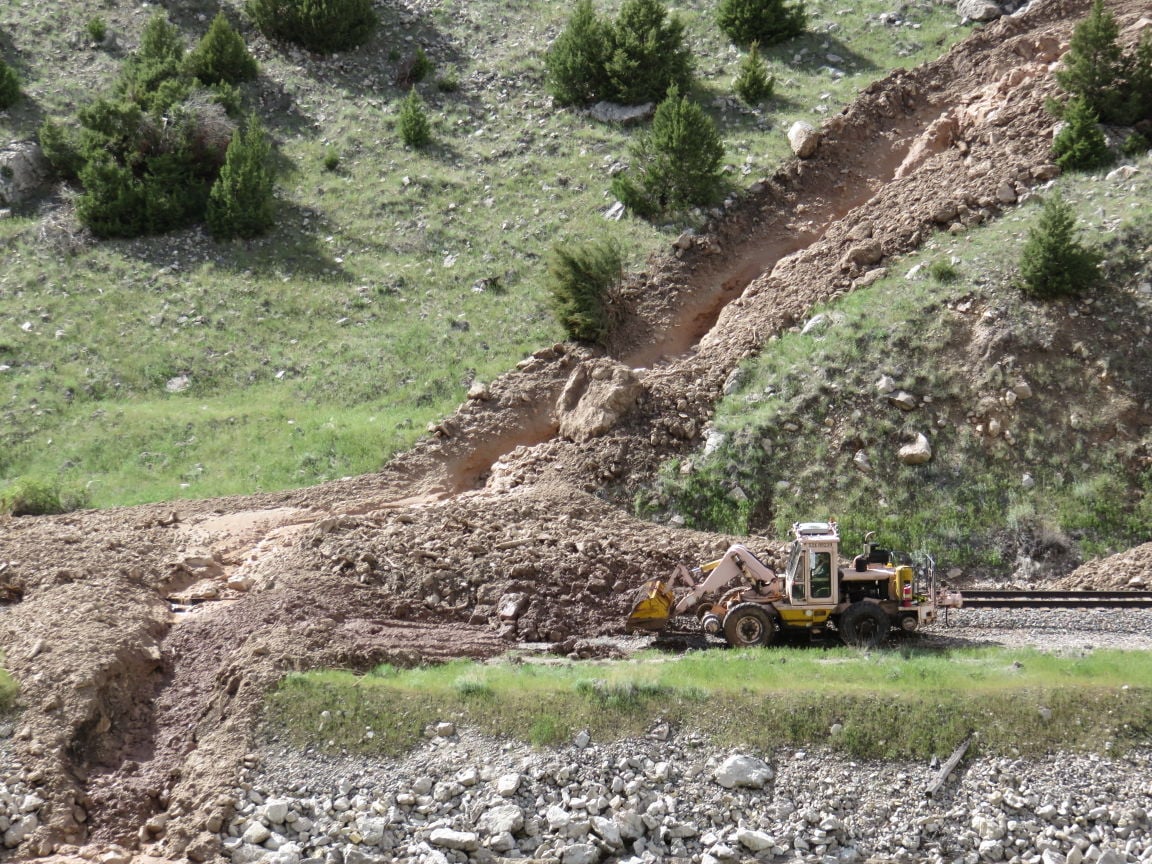 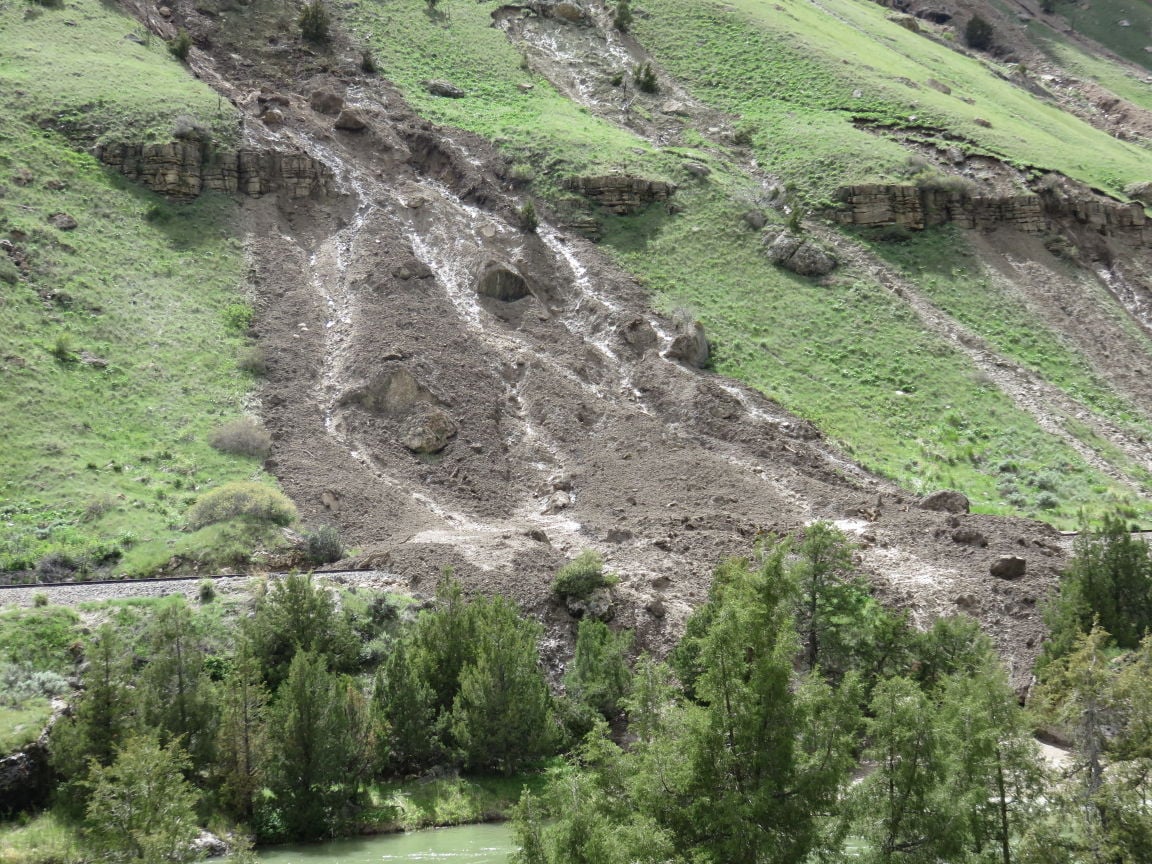 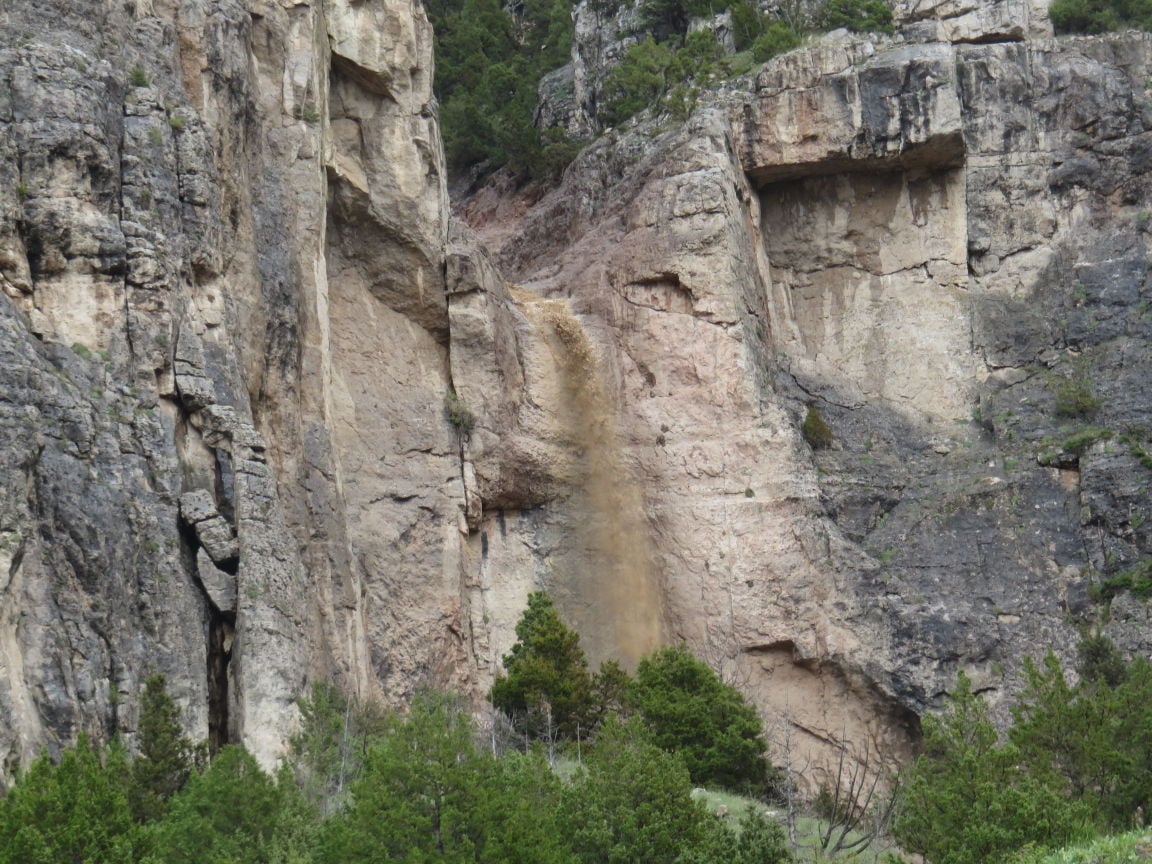 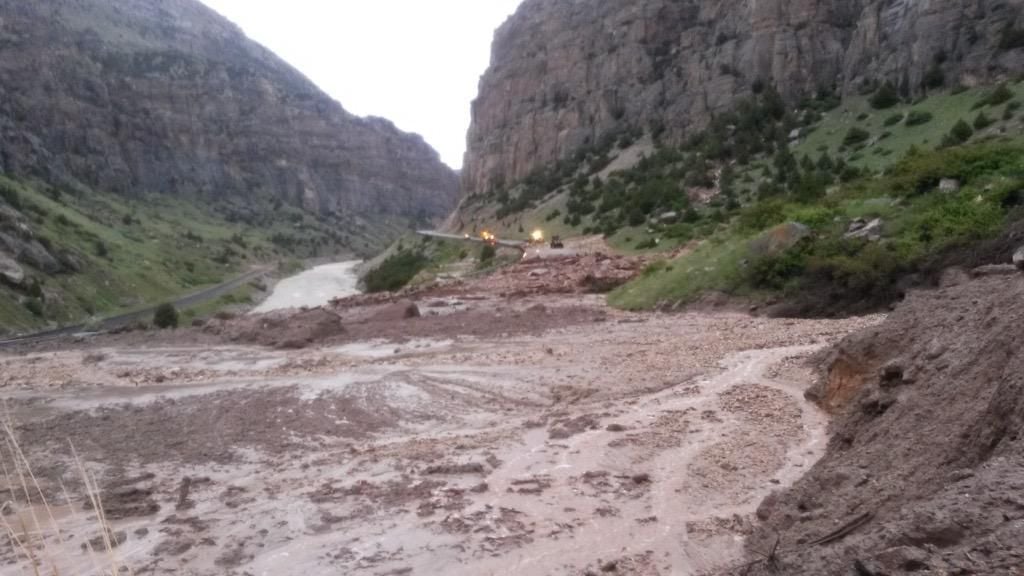 A series of rock and mud slides in Wind River Canyon closed U.S. 20 between Shoshoni and Thermopolis on Sunday. As of Tuesday, the highway was expected to reopen as early as this morning.

U.S. 20 between Thermopolis and Shoshoni was expected to reopen as early as Wednesday morning following a series of rock and mud slides in Wind River Canyon.

Wyoming Department of Transportation officials cleared the road Tuesday but wanted to wait out anticipated showers that could dislodge more debris.

"We got everything cleaned up, but we're waiting to see if more rock is going to fall," Robin Clapp, a maintenance foreman at WYDOT's Riverton office, said Tuesday.

Beers estimated the slide, located 10 miles south of Thermopolis, was at least a quarter of a mile wide and 6 to 8 feet deep.

"I've been up there four times in the last two days, and they've done a really good job of cleaning things up," Beers said.

Engineers will continue to evaluate the condition of the roadway underneath the mud and debris.

"Long-term, there are several major projects that we're going to have to do in there," Beers said, "but the goal right now is to get the road open."

No injuries were reported in the slides, though officials shuttled three people to different sides of the canyon to retrieve required medical prescriptions.

Beers said mud and rock also took out about 300 feet of rail track across the Big Horn River. Railroad crews are still working to repair the track.

The National Weather Service says minor flooding was expected along the river in Washakie County, including around the city of Worland.

Elsewhere, the Powder River in Johnson County was running out of its banks, flooding fields along its northern route. The river at Sussex reached a record crest of 15.63 feet on Monday.

U.S. 212 and Beartooth Pass in northern Wyoming reopened Tuesday after wintry weather prompted officials to close the highway over the weekend.

Alan Rogers joined the Star-Tribune in 2012 and currently serves as production editor, responsible for photography, digital content and the print edition.

A series of rock and mud slides in Wind River Canyon closed U.S. 20 between Shoshoni and Thermopolis on Sunday. As of Tuesday, the highway was expected to reopen as early as this morning.