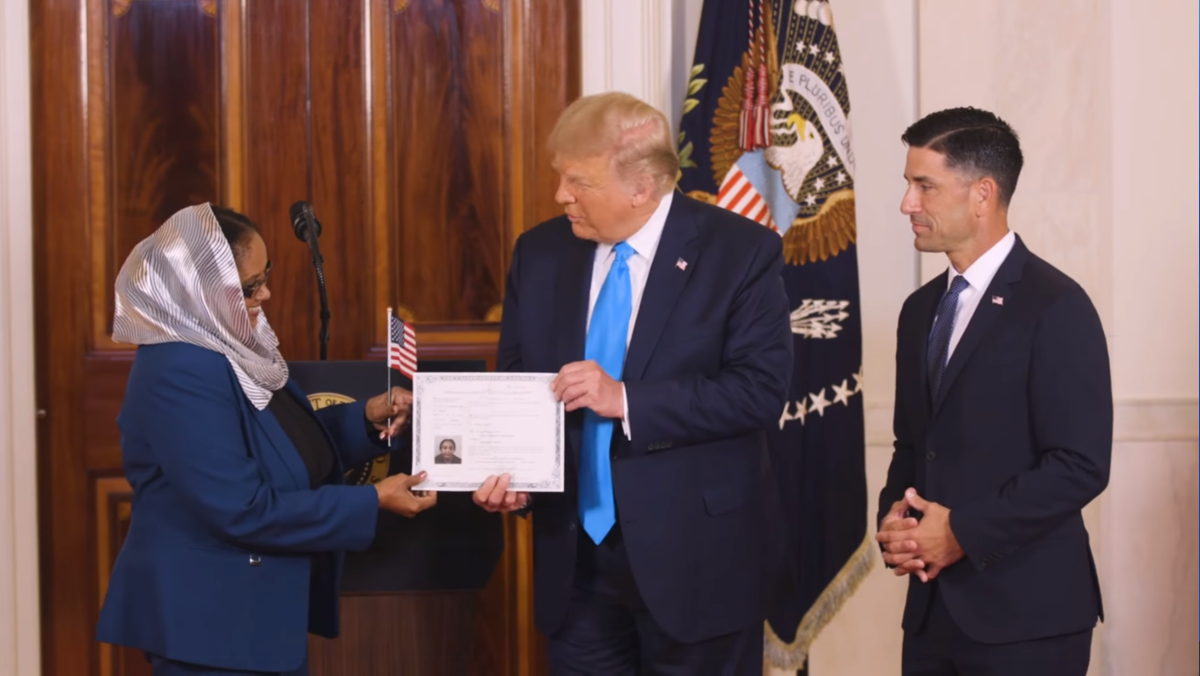 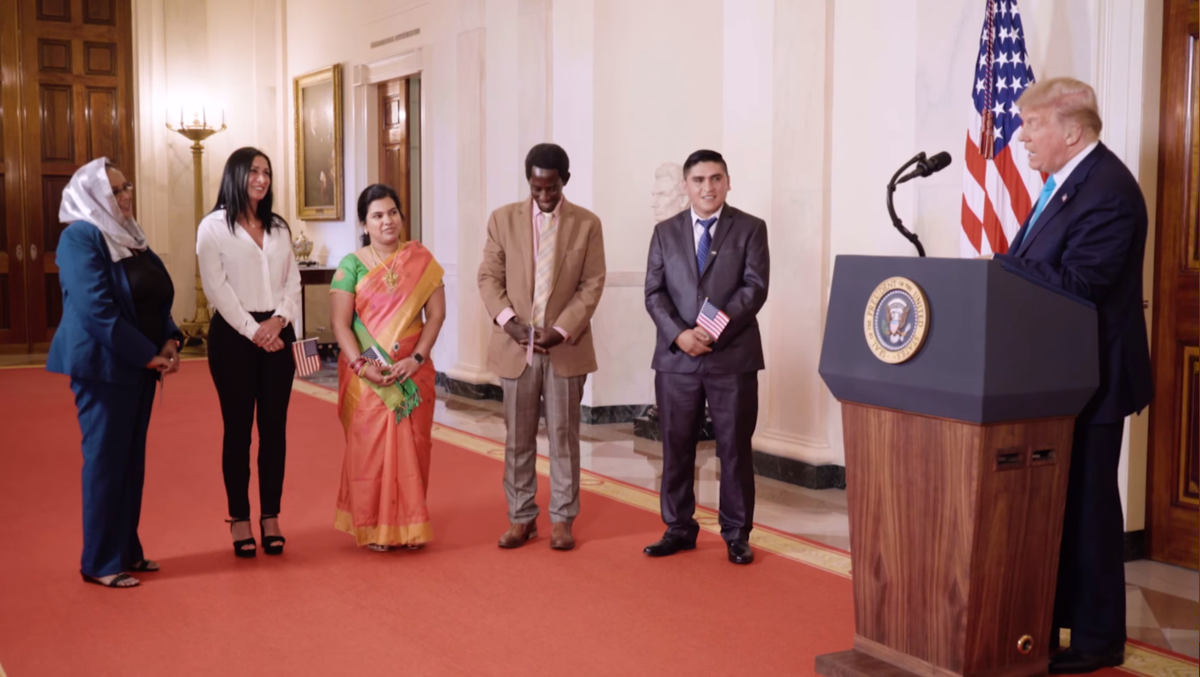 A Sudanese-American woman who became a full U.S. citizen on national television Tuesday received a master’s degree and a Ph.D. in animal science from the University of Wyoming in 1995, a school spokesman said last Wednesday.

In a taped scene played as part of the Republican National Convention, Neimat Awadelseid stood alongside four other immigrants in the White House and took the oath required to complete the process of becoming a full U.S. citizen.

The oath was administered by acting Secretary of Homeland Security Chad Wolf.

President Donald Trump then took the lectern and made brief comments about each immigrant.

Trump told Awadelseid she had a “beautiful name.” He called Wyoming a “great place, great state.”

On her LinkedIn page, Awadelseid identifies herself as a substitute teacher in Alexandria City Public Schools in Virginia.

In subsequent interviews with ABC News and other national outlets, Awadelseid said she didn’t know Trump would be attending the event, nor did she know the video — for which she signed a release — would be shown at the RNC, the GOP’s election-cycle crowning event.

“It is my honor to be given my citizenship by a president of the United States,” she said.

An autopsy showed possible fractures, bruising and scraping on her head, a detached bowel and brain swelling, among other injuries, according to prosecutors.

The health orders will remain in place until at least April 30.

For months, Walt Disney grandson Bradford Lund has been locked in a legal battle with his own trustees over Eagle South Fork, the 110-acre ranch in Teton County left to Lund and his twin sister.

Newcomer was the Cowboys' leading scorer and the Mountain West's unanimous rookie of the year this past season.