Most years, water laps against the rim of the diversion dam on the Tongue River some 12 miles to the south of Miles City. The gentle waves represent the lifeblood for the farmers and ranchers here on the arid plains of eastern Montana, irrigating about 9,400 acres in the Tongue-Yellowstone Irrigation District.

But in 2006 the water dried up. A small trickle from beneath the dam was all that filled the empty riverbed.

Farmers such as Roger Muggli watched the trickle and saw their inheritance drying up in the creek bottom. Muggli, 65, is a third generation farmer whose grandfather bought 120 acres along the banks of the Tongue in 1925. He hoped to one day pass the family farm on to his son and younger cousin. In 2006, the dream seemed to disappear with the evaporating water in the empty creek.

Muggli might have directed his anger toward the skies or the gods, blaming them for a lack of rain. Instead, he focused his wrath on Wyoming.

The Cowboy State, as he saw it, was sucking up more water than it was entitled to under a 1950 water-sharing agreement. Wyoming ranchers were irrigating lands not covered by the compact. And a high-flying coal-bed methane industry was pumping water from the aquifers needed to recharge the Tongue River, which flows out of the Big Horn Mountains in Wyoming and into Montana.

“The frequency of water shortages is more than it used to be,” Muggli said last week during a break running the family pellet plant. “It’s been a pretty painful deal, this whole thing. It has cost us a staggering amount of money. Quite frankly, I’m pissed off.”

The state of Montana sued Wyoming in 2007 in response to claims like Muggli’s, arguing that its southern neighbor was using more water than it was entitled to under the 1950 Yellowstone River Compact, which governs water usage in the Yellowstone River and its tributaries. The case went to the U.S. Supreme Court, which appointed a special master -- Stanford law professor Barton Thompson Jr. -- to resolve the dispute. Thompson makes recommendations in the case, which the court chooses to uphold or overturn.

Each state has since won and lost decisions. The court sided with Montana in ruling that more irrigated acres, new storage facilities and some groundwater pumping in Wyoming violated the agreement. Wyoming won a decision that enabled its farmers to keep the water they save using more efficient irrigation systems.

The two states returned to court last week to resolve one of the last outstanding disputes in their six-year legal battle. This round largely centers on coal-bed methane production in Wyoming.

CBM production is heavily water-dependent. Groundwater is pumped from a coal bed, helping release the gas contained within seams in the rock. At the height of CBM production in the past decade, wells in Wyoming were producing up to 68 million barrels of water a month, according to Wyoming Oil and Gas Conservation Commission numbers.

In some areas the production led to a dramatic decrease in aquifer levels. One testing well south of Buffalo observed a drawdown between 800 and 1,400 feet, according to a recent report prepared by the Wyoming State Geological Survey. A nearby well saw levels rebound by nearly 100 feet. The WSGS concluded drawdown levels were site specific, dependent on such factors as the makeup of the rock, the amount of pumping and location of the wells.

Montana claims Wyoming CBM production greatly reduced the aquifers needed for recharging the Tongue River, thus preventing the Big Sky State from receiving its share of water called for under the compact. Wyoming counters that Montana is wasting its allotment and then demanding Wyoming be held responsible.

At the center of the case is a question about what types of water use are covered under the compact, legal experts say. The agreement mentions such water uses as irrigation and outlines how they are to be regulated. But it makes no reference to CBM drilling, which had yet to be invented in 1950.

Consequently, the court is faced with the following question: Does the compact cover CBM production even though it is never mentioned in the agreement?

The stakes of the case are at once limited and immense.

CBM production boomed in Wyoming’s Powder River Basin during the past decade, but has fallen significantly since. In 2009, the state produced 580 billion cubic feet of gas. Three years later that figure was 425 billion cubic feet, according to the Wyoming Oil and Gas Conservation Commission.

“What was apparently at stake in 2007 is not as big an issue today,” said Larry MacDonnell, a recently retired professor from the University of Wyoming College of Law.

At the same time, Anadarko, the Texas-based energy company, filed an amicus brief on behalf of Wyoming seeking to have the case dismissed. CBM production may have declined in recent years, as a result of falling natural gas prices. But the possibility remains that gas prices could climb again – even if that looks unlikely at present – and make CBM commercially viable, MacDonnell said.

Anadarko is trying to keep all of its options open and avoid costly mitigation strategies like reinjecting extracted water back into an aquifer in the future, he said. The company declined comment for this article.

“They don’t want the outcome of this to get close to the idea that this kind of water (use) is covered by a compact,” MacDonnell said.

The burden will be on Montana to prove that groundwater depletion by CBM wells in Wyoming has impacted surface flows in Montana, said Barbara Cosens, professor of law at the University of Idaho College of Law. Montana will need to show how drawdown of specific groundwater sources depletes specific surface water flows, she said, thus denying Big Sky State water users their share under the compact.

A ruling in favor of Montana could have wide-ranging impacts, said Mark Squillace, director of the Natural Resources Law Center at the University of Colorado Law School. If some groundwater use is counted against the amount of surface water Wyoming is entitled to under the compact, that will mean less water to go around for users in the Cowboy State, Squillace said.

“The impacts might be greater for agriculture than energy, but anyone who takes water out the ground would feel the impact,” he said.

The outcome of the case has potential ramifications for water law throughout the West, Squillace and Cosens said. There is currently no clear federal standard for deciding when ground and surface waters are linked, they said. Both noted the federal Bureau of Reclamation recently proposed standards linking ground and surface waters in the Colorado River watershed. The proposal didn’t go anywhere.

But if the high court establishes a standard in the Montana-Wyoming case, it could increase the chances of litigation in the Colorado River watershed, they said, where demand for water has outpaced supply.

Regardless of what the court rules, Muggli, the Montana rancher, is ready to keep fighting. His grandfather, Joseph, helped write the original 1950 Yellowstone compact, and was a manager of the Tongue-Yellowstone Irrigation District. His father, Don, later assumed the position and Muggli spent his youth tagging along with the elder man, opening and closing irrigation ditches throughout the district. He collected the fish that often spilled out into the fields, scooping them up in a bucket, hopping on his bicycle and returning them to the river. In 1987, he was elected manager of the Tongue-Yellowstone district and, over the next 26 years, dedicated much his efforts to restoring the health of the fishery.

The amount of water in the river is only one of the issues at hand, in his mind. The lawsuit before the court does not cover water quality, a subject about which Muggli is perhaps even more passionate. CBM water discharges into the Tongue River have made the water difficult to use for irrigation, he said. High levels of sodium bicarbonate in the water coat the soil, making it impermeable. A field can be blanketed with water and yet its plants will still starve.

This year Muggli spent $1.4 million on a new irrigation system enabling him to draw water from the Yellowstone River. The survival of his business, his family legacy, depended on it.

“As a water user and a water right holder, you can’t neglect the health of the river. The fight’s never going to be over,” Muggli said. “It’s going to have to be diligent stewardship. We got to keep the greed in the backseat some place.”

Shirley Samuelson died in August when a street sweeper she had just parked on Highway 22 in Teton County rolled downhill and ran her over.

"The 2020 presidential election was not stolen. Anyone who claims it was is spreading THE BIG LIE, turning their back on the rule of law, and poisoning our democratic system,” Cheney wrote.

Dan Starks spent $50,000 on a run-down M4 Sherman World War II tank with the intention of driving it at the Dubois Fourth Of July Parade. Now, he owns the self-proclaimed largest private military vehicle collection in the world.

Gov. Mark Gordon’s office will develop the bulk of the next state budget without cuts thanks to improved revenue projections released last wee…

Rep. Cyrus Western said Monday he does not plan to resign. "I'm going to let the voters have the final say on this one," said the Sheridan Republican, who is up for reelection next year.

Club For Growth confirmed that it was shopping around Wyoming the last week of March for a challenger to face Rep. Liz Cheney in her 2022 House primary.

There are now 37 Wyomingites hospitalized with COVID-19, the most since Feb. 15.

Employees working at the Microsoft data center were told to hide while Boutelle was on the scene and eventually evacuated the building.

The three victims were shot in their limbs and expected to survive, officials said.

The former Wyoming legislator from Green River entered not guilty pleas to misdemeanor charges of solicitation of prostitution and interference with a peace officer. 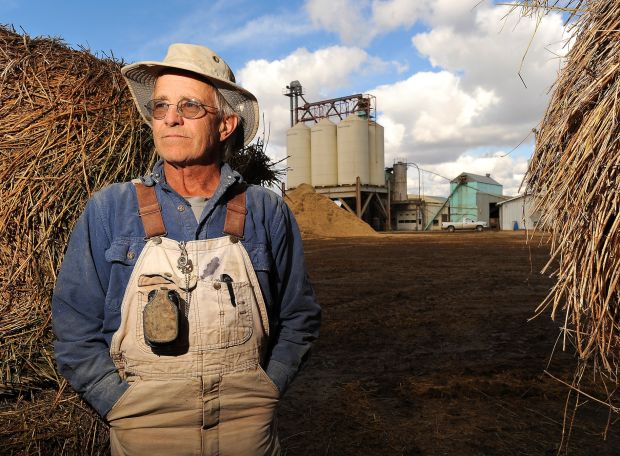 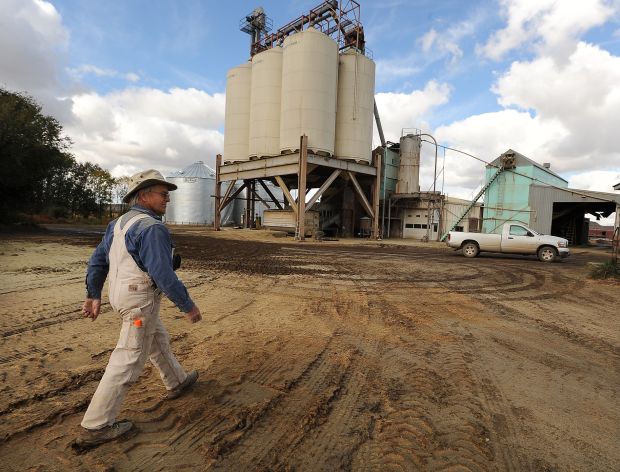 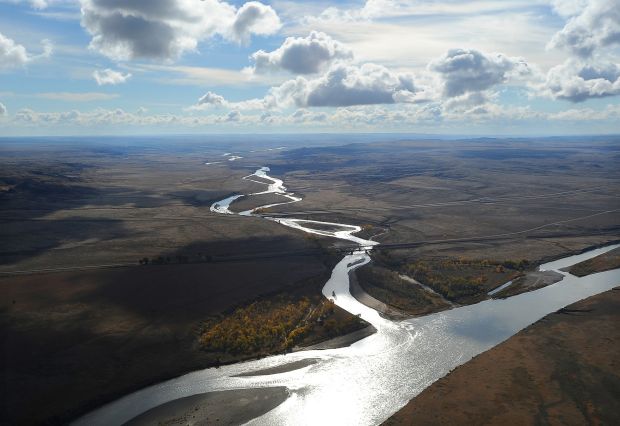 An aerial view shows the Powder River, top, flowing into the Yellowstone River near Terry, Mont., on Thursday. 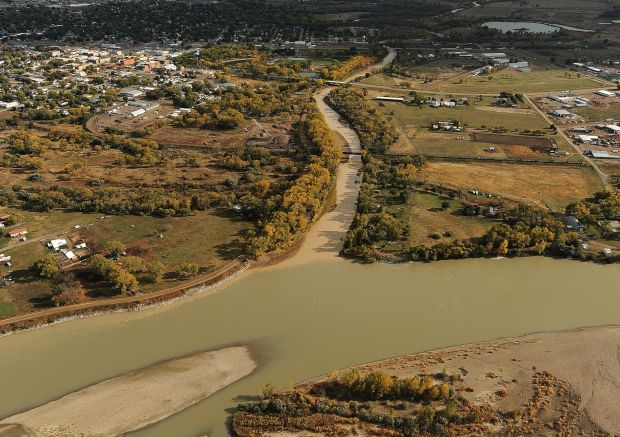 An aerial view shows the confluence of the Tongue, top, and Yellowstone rivers at Miles City, Mont., on Thursday. 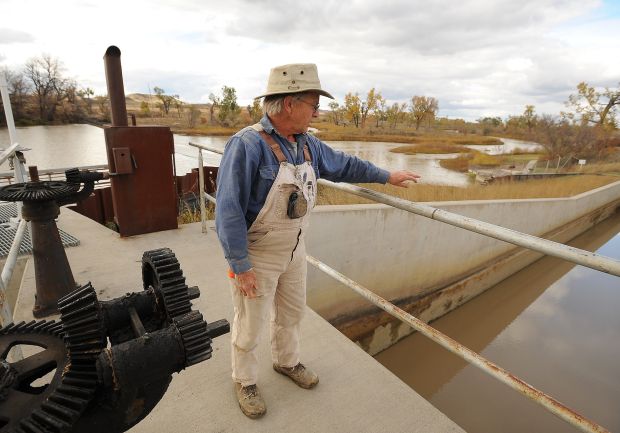