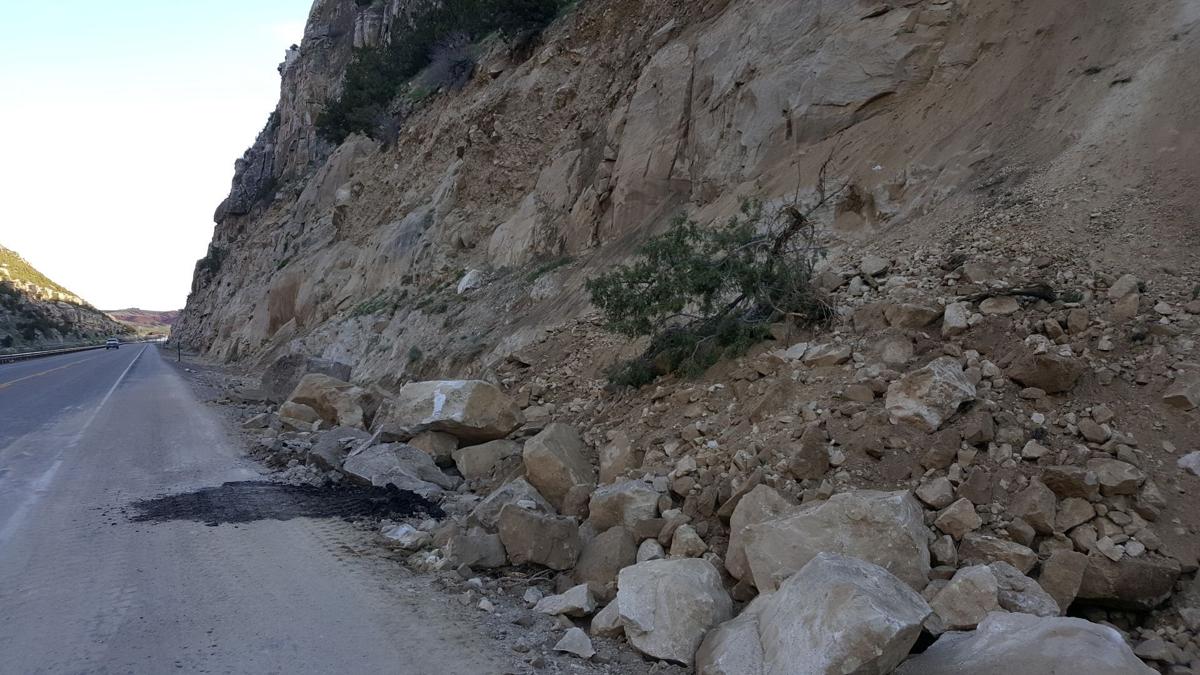 This is a rock slide near the north end of the Wind River Canyon on Wednesday. 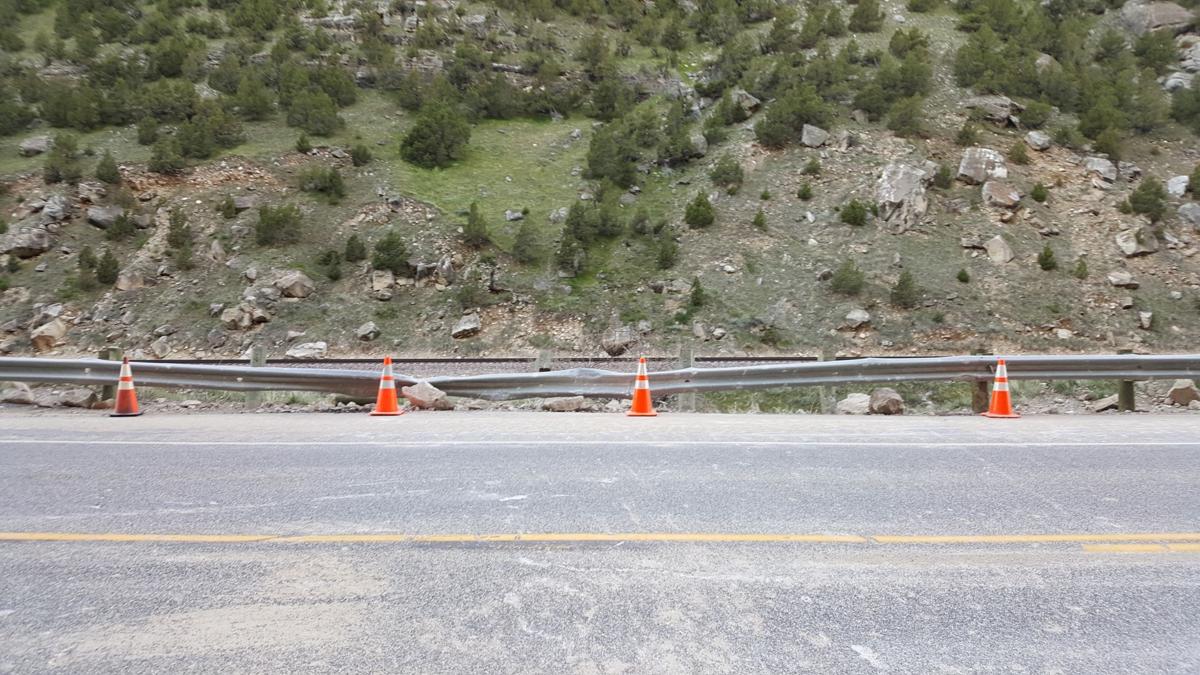 A rock slide in the Wind River Canyon destroyed about 100 feet of guardrail late Tuesday.

The highway through the Wind River Canyon reopened early Wednesday after crews cleared a rock slide that destroyed about 100 feet of guardrail, according to a news release from the Wyoming Department of Transportation.

"The rock slide covered both driving lanes of the highway at the north end of Wind River Canyon, took out about 100 feet of guardrail, and damaged the highway shoulder," WYDOT area maintenance supervisor Clint Huckfeldt of Thermopolis said in the news release. "The highway was closed for about 90 minutes."

Around the state, the department is maintaining and monitoring other sites as well. WYDOT workers were taking concrete barrier from storage in Rock Springs to the Lander area in preparation for possible spring flooding.

A slide on Wyoming 296 is still moving around milepost 26.1, which is about 20 miles west of the highway’s intersection with Wyoming 120. State geologists are analyzing and mapping the slide, the release said.

A large slope failure slide is creeping onto U.S. 26/287, on Togwotee Pass, about 10 miles east of Moran Junction. Crews are cleaning and monitoring the slide. Speed limits have also been reduced near two other slides in the Togwotee Pass area close to the Shoshone National Forest boundary west of Dubois. Those slides have been patched, but they are still moving.

A witness reported the fall around 5:50 a.m. Emergency responders found the woman dead around 7:15 a.m.

Flames were burning close to Pine Haven, but there was no word of structures being lost.

The woman was on a hike with her husband to see the sunrise from the top of Steamboat Point when she fell more than 200 feet.

The hiker was last seen on Tuesday in Grand Teton National Park. Dozens of searchers are now looking for him.

More than 40 park staff participated in a ground search for Cian McLaughlin on Tuesday. Searchers also took to the air, using infrared technology to hunt for signs of the missing hiker.

Nine more Wyomingites have died from COVID-19, the health department reported Tuesday -- the most announced since early March.

Meet the veterinarian who cares for all the CNFR's animals

Dr. Candice Carden is responsible for making sure all the horses, bulls, steers and goats that participate in the College National Finals Rodeo are healthy and in top-notch performance shape.

Woman could have probation revoked for defying hospital COVID-19 measures

A Lovell woman may have her probation revoked for allegedly refusing to obey COVID-19 restrictions and letting her daughter kick an automated door off its track at Powell Valley Healthcare.

This is a rock slide near the north end of the Wind River Canyon on Wednesday.

A rock slide in the Wind River Canyon destroyed about 100 feet of guardrail late Tuesday.