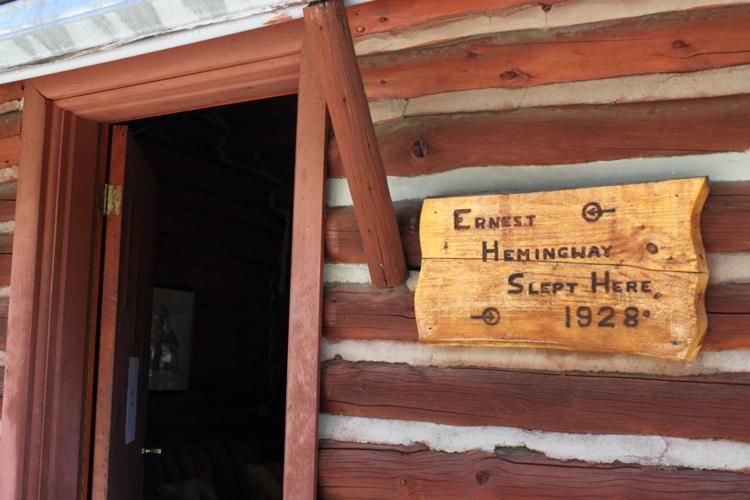 Author Ernest Hemingway visited this cabin while in Wyoming. Darla Worden of Jackson is hosting a “Hemingway’s Wyoming” workshop later this month in Sheridan. 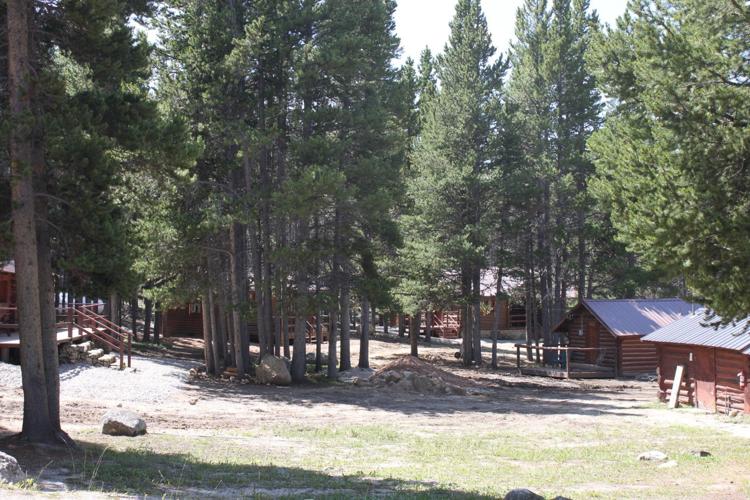 Participants in an Ernest Hemingway workshop will travel to the Spear-O-Wigwam historic site in the Big Horn Mountains to see the cabin where he reportedly wrote the the first draft of "A Farewell to Arms."

By Leslie Drollinger Stratmoen Special to the Star-Tribune

A lifelong love of Ernest Hemingway's work inspired a Wyoming writer to follow the famous author’s footsteps through Paris, a journey on which she now takes others each spring through her Left Bank Writers Retreat.

Now, Darla Worden of Jackson is bringing that retreat home by offering “Hemingway’s Wyoming” this month in Sheridan, the town where she grew up and where Hemingway found inspiration. Through the workshop, set for Aug. 12-14, she said participants will learn Hemingway’s writing techniques and how he was inspired by his surroundings, much like her Paris retreat.

“I take them to a different spot where he was, and we go to the restaurants he went to, and then in the afternoon we usually do some sort of activity like going to a museum," she said. "We write and then see what he saw. So the retreat in Sheridan is very similar to that.”

In Wyoming, the group will start each day on the porch of the historic Sheridan Inn, where, she said, Hemingway finished “A Farewell to Arms” during his visit in the late 1920s. Participants will then embark on a trek to the Spear-O-Wigwam historic site in the Big Horn Mountains to see the cabin where he reportedly wrote the book’s first draft. After reading a story based in the Big Horns, which, she said, Hemingway likened to the mountains in Spain, writers will sit in the forest there to write about the landscape.

“You know,” she said, “he often made it (the landscape) like a character in his books. Like in 'A Moveable Feast,' Paris, it seems, is actually like a character on its own. So that’s what the focus of the Wyoming workshop will be.”

The Wyoming workshop is open to anyone, she said. She hopes participants will be inspired by Hemingway’s writings, like she and others have been.

“I’ve had letters where people say the retreat really changed them because it taught them to look at the world in a different way, to observe in a different way," she said. "Everyone that I’ve talked to has said that their writing has improved from just practicing these really simple things, simple writing techniques, that I feel any genre of writer -- poet, nonfiction, playwright, novelist, journalist -- can benefit from in a really short time.”

Worden discovered Hemingway while in high school, when she was writing stories and reading everything she could get her hands on. But, she said, it wasn’t until after college that she was able to make the trip to Paris to visit the sites Hemingway made famous in his Paris memoir, "A Moveable Feast."

She called that first trip in the 1980s with a couple of girlfriends a bust because traveling was difficult and the French, she said, didn’t seem to like Americans.

In 2009, she decided to give Paris another try. She never expected that visit to turn into a business venture, but a friend suggested she offer Hemingway retreats after experiencing one of Worden’s personal Hemingway tours. She took the suggestion to heart and launched a website. The Left Bank Writers Retreat was born.

Now, in its seventh year, the six-day small-group writing workshop and literary tourism experience takes place on the historic Ile Saint-Louis in the heart of Paris. It focuses on the literary landmarks like cafes, bars and museums where Hemingway spent time with other writers living on Paris’s Left Bank during the 1920s. This was the time, she said, when Hemingway was working as a foreign correspondent that many of his writing techniques were developed, like his cable-ese briefs.

“He got really good at writing these very short vignettes,” she said. “He called them The Way it Was, like capturing a little scene. He practiced it because he had to send his stories back (to the states), via wire service.”

The inspiration for bringing the retreat to Wyoming came from another source, a recent article Worden wrote called “Hemingway’s Wyoming: A Cockeyed Wonderful Country,” which appeared in this year’s spring issue of the Big Sky Journal magazine.

While researching, she said, she discovered Hemingway’s love for Wyoming -- its landscape, people and trout fishing -- and learned he’d spent much of his time in the Sheridan area, where she grew up. So she decided to bring her Hemingway Paris retreats home. The surprise is that some of her Paris writers are coming along for the ride.

“Oh, my gosh,” she said. “I didn’t realize that (Hemingway) loved Sheridan, Big Horn and Spear-O-Wigwam. Then someone saw the article and said, ‘Why don’t you do a writer’s retreat in Wyoming and show us around like you do in Paris?’ I’m like, that’s a great idea. And so I started spreading the word. I thought it would attract people in Wyoming, but, so far, it has attracted four writers who joined me in Paris that are going to be coming to Wyoming for the first time.”

Her assistant, she said, will be Tyler Julian from Sheridan, who is enrolled at the University of Wyoming and attended her writer’s retreat in Paris.

“He’s such a talented writer,” she said, and “really excited” to come and help out.

At this point, she said, she’s thrilled that other writers have wanted to join her. She’s not sure why writers are inspired by connections to literary people and places, but it’s a theory she’s exploring while writing a book on Hemingway.

“Why are we drawn to that?” she said. “I mean, so what if an artist, like Hemingway, was in this cabin? Or so what if he sat at this table in Paris? There’s something about that and about sort of being in the same place and seeing what they saw. It’s like time travel, almost, and you really feel it. And that’s the whole thing about my book. I got started on this literary tourism around the world, following him through Paris, then Sun Valley and then Wyoming. I even went to Spain. So that’s my kind of side story about what got me going on my book, but the writer’s retreat is all part of that.”

Spots are still open for the Wyoming weekend retreat, she said, which costs $230, and includes Friday night cocktails at the Sheridan Inn, lunch and transportation Saturday to the Spear-O-Wigwam mountain location, which is now a campus owned by the Northern Wyoming Community College District, and a Sunday luncheon and excursion to see a polo match at the equestrian center in Big Horn. Writers will be responsible for their own lodging.

The vote comes amid a flurry of attempts to challenge Gray in the general elections and buffer his powers in the case that he becomes secretary of state.

Settlement reached for Illinois trucker hit on I-80

The settlement was finalized in July, nearly four years after the accident.

Former geologist Mark Armstrong lost the secretary of state primary but is seeking the interim post. He's concerned about voter fraud and says absentee and mail-in ballots should be limited.

The rule went into effect immediately.

The man was arrested and arraigned Monday on charges stemming from an Aug. 26 collision that resulted in the death of Powell resident Charles Wentz.

Of the 13 Western states encompassing the vast sagebrush ecosystem, Wyoming is home to the largest intact stretch.

Why the colors of sunsets are so incredible

Why the colors of sunsets are so incredible

Author Ernest Hemingway visited this cabin while in Wyoming. Darla Worden of Jackson is hosting a “Hemingway’s Wyoming” workshop later this month in Sheridan.

Participants in an Ernest Hemingway workshop will travel to the Spear-O-Wigwam historic site in the Big Horn Mountains to see the cabin where he reportedly wrote the the first draft of "A Farewell to Arms."