The pandemic will preclude Yellowstone National Park from planning any large-scale events to mark its 150th anniversary this year.

That could change as the year progresses, the National Park Service qualified in a news release, but it set no parameters on what would need to change or how it defined a large event.

Yellowstone turns 150 on March 1. On that date in 1872, then-President Ulysses S. Grant signed an act creating the first national park in the United States.

“It’s an important point in time for us to really have some discussions about this anniversary and its importance, not only to America but the world,” Superintendent Cam Sholly said during a Thursday press conference.

He remarked the anniversary provides an opportunity to learn from the past while focusing on the future and working with partners to “protect and strengthen Yellowstone for the next 150 years” against threats like invasive species, increasing visitation and climate change. Part of that emphasis also includes a greater focus on American Indians’ role in the park by taking steps in “new and different directions.”

“For over 10,000 years before Yellowstone became a national park, it was a place where Native Americans hunted, fished, gathered plants, quarried obsidian and used thermal waters for religious and medicinal purposes,” the Park Service noted.

In recognition of this, the agency is creating a Tribal Heritage Center stationed through the summer at Old Faithful, one of the busiest areas in the park. Sholly said there’s the potential to continue the project.

“This is something we would like to make permanent,” he said. “We want to do a good job as stewards telling the stories of American Indian tribal nations, but no one can do it better than them.”

Tribes are also coordinating with Yellowstone to install a teepee village near the Roosevelt Arch in August at the north end of the park, allowing tribal members to interact with visitors about their culture and heritage.

Crow tribal member Scott Frazier has visited the park since he was a child. As an educator he led students on tours and conducted

of park wildlife. Frazier said he sees the land as his mother and sacred. He also hailed the park as a place of healing, including for his father who was a World War II veteran.

He recounted the gasps of surprise he has heard from students on tours to the geysers and mud pots in the park.

Also this year, Indigenous public art installations, titled “Yellowstone Revealed,” will be displayed in the park to “offer viewers an opportunity to explore the longer Indigenous history of the park,” according to Bozeman-based

, which is helping to coordinate the works.

On May 6, a Native American art exhibition is planned at the Old Faithful Inn, and tours in the park’s historic buses will be offered by concessionaire Xanterra Parks and Resorts.

Tribes are also planning a gathering on the Wind River Reservation in Wyoming.

“Yellowstone’s 150th anniversary is an important moment in time for the world,” Sholly said in a statement. “It’s an opportunity for us to reflect on the lessons of the past while focusing our efforts to strengthen Yellowstone and our many partnerships.”

Although not planning any large events, members of the park’s staff will participate in several proceedings this year. These include the 15th Biennial Scientific Conference on the Greater Yellowstone Ecosystem hosted by Montana State University, the Wyoming Governor’s Hospitality and Tourism Conference, and the University of Wyoming’s Yellowstone National Park 150 Anniversary Symposium.

Additionally, the anniversary provides Yellowstone officials a chance to highlight the continued investment in infrastructure.

“During this anniversary year, Yellowstone will open 40 new employee housing units throughout the park along with groundbreakings on projects totaling more than $125 million funded through the Great American Outdoors Act,” the Park Service said. “These projects include two of the largest historic preservation projects in the country and a range of transportation projects that will address aging infrastructure. This year will also mark the reopening of Tower Fall to Chittenden Road (near Dunraven Pass), a $28 million road improvement project completed over the past two years.”

Future work will include more vehicle charging stations, reducing the park’s environmental footprint and tasks as simple as updating light bulbs to ones that use less energy, Sholly noted.

“We have come a long way together, but we also have a very, very long way to go,” he said. “We’re looking forward to continuing our progress to protect this incredible park for the future, and we definitely need everyone’s help to do just that.”

Rick Hoeninghausen, director of hotels and lodging for Xanterra Parks and Resorts, which oversees operations of hotels and other guest services in Yellowstone, said the park isn’t for everyone. There’s no televisions or air conditioning in rooms, cell phone service can be spotty and there’s no “night life.”

Yet he said the park offers inspiring views, incredible wildlife and unique historic structures like the Old Faithful Inn. To protect these important assets, Hoeninghausen said the park needs more advocates and stewards.

Yellowstone got off to a bad ecological start with the extirpation of predators like cougars and wolves and low populations of bison. Sholly noted the park has come a long way considering it was 40 years after Yellowstone was designated that the Park Service was created.

“We arguably failed miserably initially,” he said, by tinkering with the ecosystem, taking it out of its natural balance.

“I’d say for the first 80 to 90 years of Yellowstone’s existence we did not set the best example from a wildlife management and conservation perspective,” he said. “We started to get much smarter in the ‘60s and ‘70s” and now the ecosystem is healthier than 150 years ago.

The reintroduction of wolves in the 1990s, although decried by lawmakers in surrounding states, was the “single largest, successful conservation effort in the history of this country, if not the world,” Sholly said. State management of the large canines has come under increasing fire by the park and conservation groups following the loosening of hunting and trapping regulations this winter.

On Thursday, 30 business owners added their voices to calls for Interior Secretary Deb Haaland to reinstate Endangered Species Act protections following the killing of 20 wolves in Montana this winter from packs that roam into and out of Yellowstone.

In a letter to Haaland, the business owners, who provide services like guiding and wildlife safaris, pointed to the economic value of the wolves, citing a 2005 assessment that estimated wolves contributed $35.5 million to the area’s economy.

There have now been 1,601 coronavirus-caused deaths in Wyoming since the pandemic arrived here in March 2020.

There are at least four candidates who have submitted application materials so far: two teachers with doctorates in education, a former Jillian Balow cabinet member and a former state lawmaker.

What comes next in NY's investigation of Trump 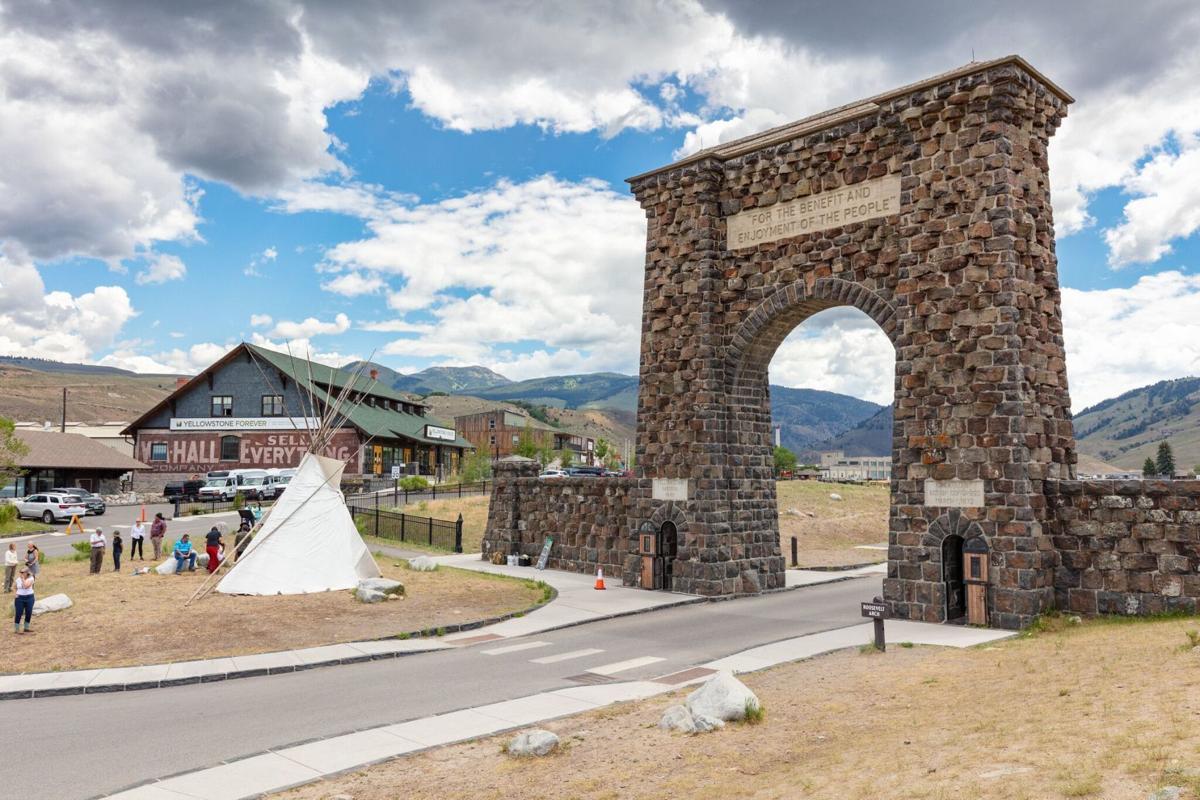 A teepee village will be set up at the Roosevelt Arch at the North Entrance to Yellowstone National Park this summer to help educate visitors about American Indian ties to the park. 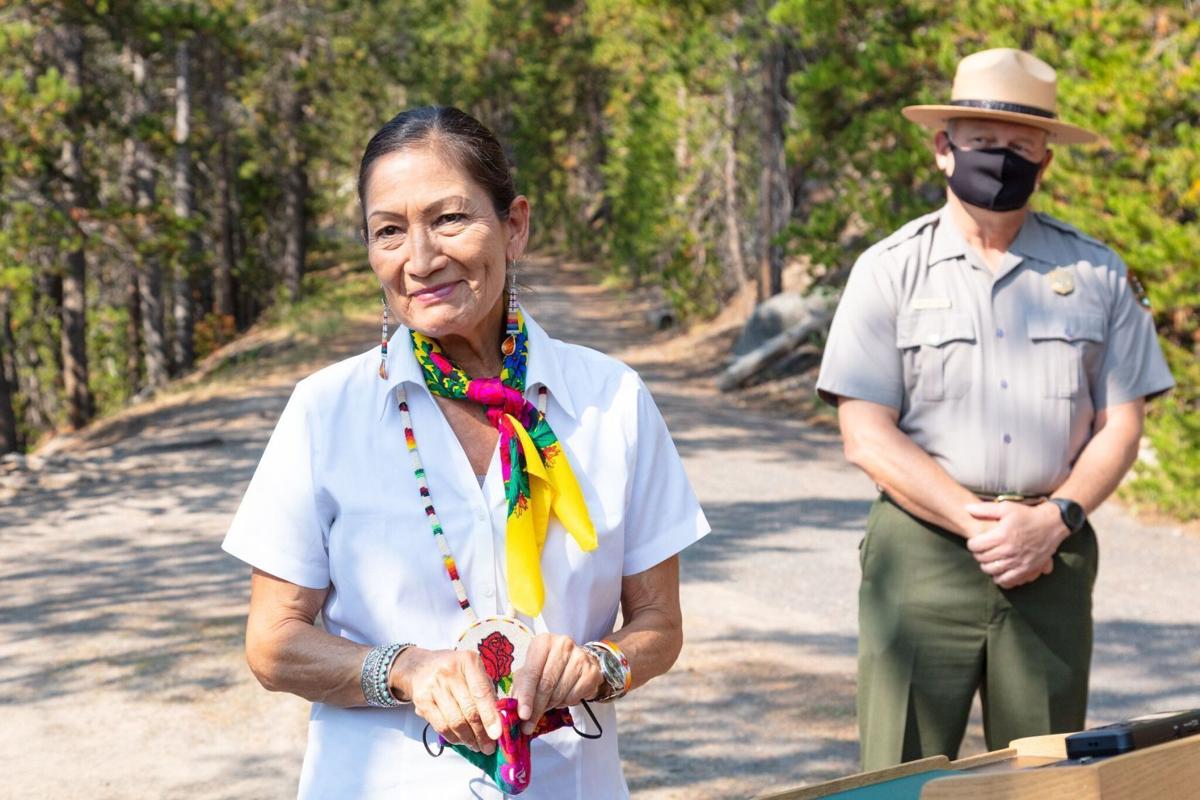 Secretary of the Interior Deb Haaland visited Yellowstone National Park this summer. However, the Park Service has no plans for a large celebration of the park's 150th anniversary, which begins on March 1. 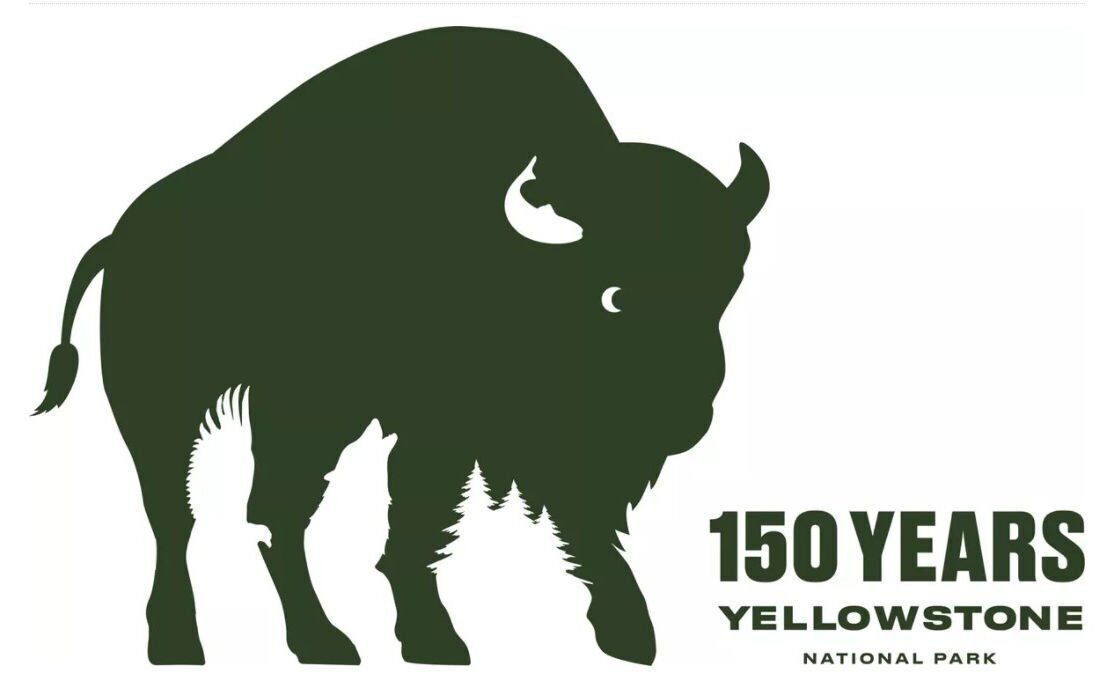