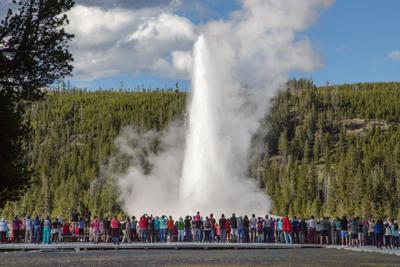 Lee Whittlesey only planned to stay one summer when he came to Yellowstone National Park in 1969.

Then 19 years old, the Oklahoma native spent the season riding on a National Park Service garbage truck, staying in a bunkhouse at West Thumb and spending his free time exploring the park. Speaking from his home in Livingston this spring as Yellowstone marks its sesquicentennial, he still recalled that first year with the enthusiasm of a wide-eyed teenager.

“I thought it was the best job I ever had, and of course I was 19 years old, I didn’t have a lot of experience, but I fell in love with Yellowstone National Park,” he said.

For Whittlesey, it was the opportunity that would fuel a 45-year career in Yellowstone, with titles ranging from tour guide to park ranger, and culminating with 27 years as the park’s archivist and then historian before his retirement in 2018. He has authored dozens of books and articles, including 1988’s “Yellowstone Place Names,” to perhaps his most well-known book, 1995’s “Death in Yellowstone: Accidents and Foolhardiness in the First National Park.” His most recent work, “Off with the Crack of a Whip!” delves into stagecoaching through Yellowstone and the American West.

Through all his time, Whittlesey has garnered a deep understanding of the park, its immense value and beauty, as well as the challenges it has and will continue to face.

“I’m kind of the extension of the long story of Yellowstone,” he said.

Whittlesey returned in 1970 to work on the garbage truck and a road crew. By his third year, he realized working for the concessionaire at Old Faithful offered more of a social life with girls and beer. He also became a voracious reader of Yellowstone history and ecology, learning as much as he could about the people, places, wildlife and geology.

“You could never exhaust it,” he said of researching Yellowstone.

But working for the concessionaire did not pay well, so Whittlesey applied unsuccessfully for one of the park’s plum bus driver jobs. Lacking enough experience, the Park Service instead hired him as a “step on” tour guide in 1971. His job was to chat with tourists and share his knowledge of the park. Sleeping at night on a bedroll from wherever he was posted, the job suited him well.

“In those days, step on tour guides, we were based on all points and every one of us was just as proud as we could be,” he said.

Whittlesey graduated from college and believed 1972 would be his last in Yellowstone. He was married by that time and worked in TV and radio for five years. That was long enough.

“It was great but I got tired of the pace and the pressure, and I came home one night and told my wife, ‘I’m sick of this rat race. For a nickel I’d blow it all off and go back to Yellowstone,’” he said. So they did.

Whittlesey got on as a bus driver providing tours to the park’s visitors, and later as a snowcoach driver in the winter, others in the line of best jobs he’s ever had.

“I was very outgoing and extroverted,” he said. “I loved to talk and talking about the thing I loved most, which turned out to be Yellowstone. I also had a captive audience that had to listen to what I had to say.”

Whittlesey drove the bus and then worked as the park’s bus driver trainer for several years. In the meantime he began working on his first book, “Yellowstone Place Names,” which would take him 15 years to complete.

Whittlesey knew he did not want to be a lawyer, but also knew the valuable education law school would provide. The university library also had an exceptional collection of material on Yellowstone, and he often walked the stacks pulling old magazines and books on the park.

When he graduated he returned to Yellowstone, this time as a law enforcement ranger. The year was 1988, an exceptionally dry summer that saw wildfires burn through huge swaths of Yellowstone, testing the National Park Service’s natural fire policy.

Whittlesey spent much of the summer opening and closing roads and flying into fire camps to teach often nervous firefighters how to operate safely in grizzly bear country.

“In 1988 … it was just totally unpredictable fire behavior,” he said. The Park Service would come out of that summer having learned much and with a policy modified but mostly intact. “That was the correct thing to do in my opinion, learn the science behind that and how to defend it.”

With his new law degree, Whittlesey worked as a law clerk, but was “bored to tears” in civil contract law. As summer rolled around, the Park Service called. Yellowstone needed rangers, not for law enforcement, but interpretive rangers at Mammoth. It was not a difficult decision.

“Again I thought it was the best job I’d ever had,” he said.

With the park’s archives located at Mammoth, Whittlesey spent much of his time studying the history and became the park’s archivist. During that time he continued to write on archaeology and history and played a major role in researching and writing Yellowstone’s wildlife history that informed the reintroduction of gray wolves in the 1990s.

In 2000, after earning a master’s in history from Montana State University, he was named park historian, a title he held until his retirement.

Whittlesey has met thousands of people over his career, most of them good, he said, and believes the National Park Service has generally worked hard to protect the park’s resources. Still, he looks at threats such as climate change and visitation topping 5 million people, and opined that more needs to be done.

Whittlesey penned an essay for the spring issue of “Montana: The Magazine of Western History” in which he details major events of the park’s history. The next, he contends, may be addressing “paralyzing overcrowding” with the number of tourists nearly doubling since his first year. While restricting access may be difficult and unpopular, Yellowstone officials have a duty to determine the park’s human carrying capacity, he wrote.

“The park has faced many challenges, and it is now faced with the chance to define its role and direction for its next 150 years,” he wrote. “Either it can continue its head-in-the sand management approach to overcrowding while tourists run rampant, or it can come up with a fair and equitable management plan. The resources are available through the recently passed and bipartisan Great American Outdoors Act. It is now a question of the will.”

Karl Allred, Marti Halverson and Bryan Miller were chosen out of a pool of 10 candidates for interim secretary of state. Gov. Mark Gordon has five days to announce his pick.

This adorable toddler chef cooks for millions on social media 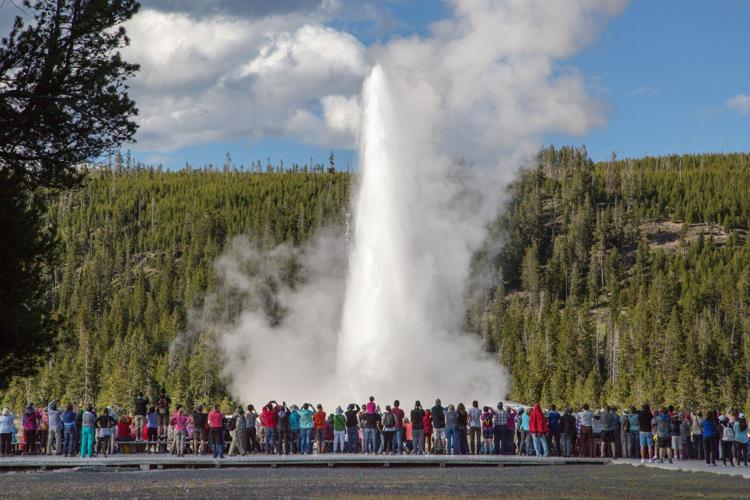 A crowd views the eruption of Old Faithful in Yellowstone National Park. 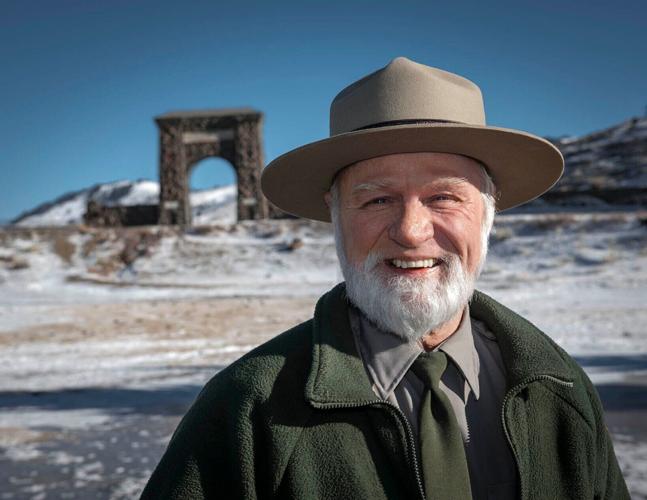 Retired Yellowstone National Park historian Lee Whittlesey worked a variety of other positions over the years, including garbage collection and park ranger during the 1988 fires. 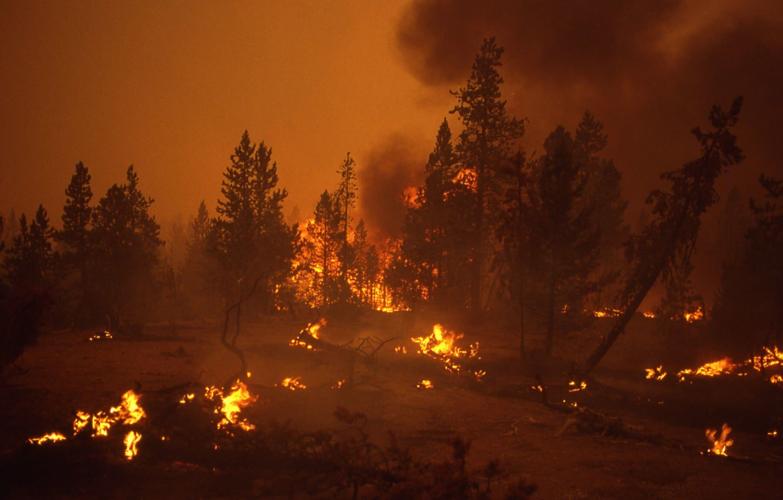 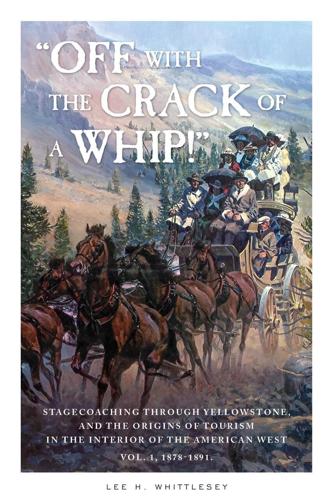 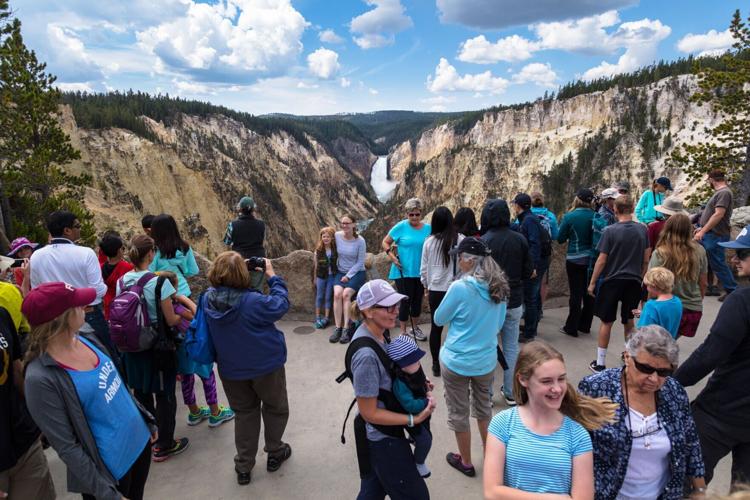 Artist Point Overlook in Yellowstone National Park is one of many scenic sights. 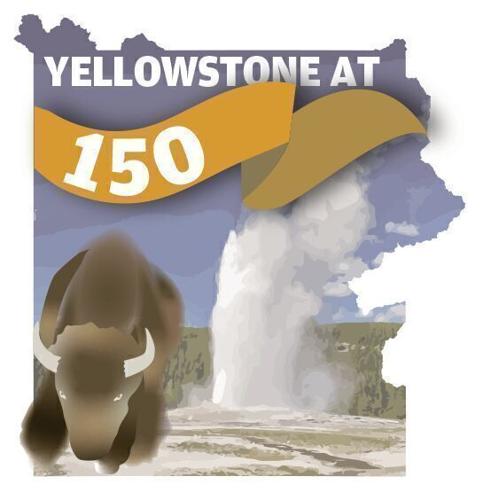 Yellowstone is celebrating its 150 year anniversary this year.