Thursday's milestone was overshadowed, though, by the enormous health challenges still facing Congo: the world's largest measles epidemic, the rising threat of COVID-19 and another new Ebola outbreak in the north.

"We are extremely proud to have been able to be victorious over an epidemic that lasted such a long time," said Dr. Jean-Jacques Muyembe, who coordinated the national Ebola response and whose team also developed a new treatment for the once incurable hemorrhagic disease.

The announcement initially was set for April but another case emerged just three days before the Ebola-free declaration was expected. That restarted the 42-day waiting period required before such a proclamation can be made.

The epidemic, which began in August 2018, presented an unprecedented challenge for the World Health Organization, Congo's Health Ministry and international aid groups because it was the first Ebola epidemic in a conflict zone. Armed groups posed such a risk that vaccinations sometimes could only be carried out by small teams arriving by helicopter.

But much of the risk to hospitals and health workers came from the communities, often angered by the presence of outsiders and the amount of money being spent on Ebola as far more people died of perennial killers like malaria. Some suspected the epidemic was a political scheme, a theory that grew after then President Joseph Kabila canceled the national elections in Ebola-affected areas.

Only a few years earlier, West Africa's Ebola epidemic killed more than 11,000, as at that time there was no licensed vaccine or treatment. By the time of the eastern Congo outbreak there was not one but two new experimental vaccines to ward off the disease that kills about half its victims.

After more than a quarter century of conflict, though, distrust of government health workers and other outsiders was exceptionally high in eastern Congo. Many residents initially outright refused the vaccine, fearing it would harm them.

New treatment options also offered promise, and the aid group ALIMA even developed a way for patients to feel less isolated. A transparent enclosure for individual patients allowed visitors to still see their loved ones who were undergoing treatment. Yet fear of dying alone still kept many people from going to medical facilities until it was too late.

Ultimately two different experimental vaccines were made available in eastern Congo on a compassionate use basis — one manufactured by Merck, the other by Johnson & Johnson. Those vaccines later received regulatory approval and now are expected to be used again in Congo's northern Equateur province where a new outbreak already has claimed 11 lives. That area also had an outbreak in 2018 that killed 33 people before it was brought under control within months.

And with the arrival of COVID-19, health teams in eastern Congo are once again trying to persuade people that a virus they've never heard of before could still kill them. The COVID-19 outbreak in the region has been minimal so far, but the challenges of Ebola underscore how fraught it could be to test and treat those in areas under the control of armed rebels.

Some, though, are hopeful the region can weather coronavirus — people here already know how to social distance. Schools, churches and mosques are already armed with hand-washing kits.

"Ebola has changed our culture," said Esaie Ngalya, whose grandmother died from the virus. "Now I go to see my uncle but we don't shake hands. In our culture that is considered disrespectful but now we have no choice because health comes first."

L'Oreal to remove words like 'whitening' from skin products

PARIS (AP) — French cosmetics giant L’Oreal said Saturday that it will remove words like “whitening” from its skin care products, a move that comes amid global protests against racism sparked by the death of George Floyd in the United States.

Some states pause reopening as virus cases near record high

NEW YORK (AP) — The coronavirus crisis deepened in Arizona on Thursday, and the governor of Texas began to backtrack after making one of the most aggressive pushes in the nation to reopen, as the daily number of confirmed cases across the U.S. closed in on the peak reached during the dark days of late April.

South Africa's sea rescue service has urged caution after a recent spate of great white shark sightings, including one caught in some astonishing drone footage.

Marking another milestone in France's recovery from coronavirus lockdown, the Eiffel Tower reopened to visitors Thursday after its longest-ever closure in peace time: 104 days.

Some states pause reopening as virus cases near record high

NEW YORK (AP) — The coronavirus crisis deepened in Arizona on Thursday, and the governor of Texas began to backtrack after making one of the most aggressive pushes in the nation to reopen, as the daily number of confirmed cases across the U.S. closed in on the peak reached during the dark days of late April.

Rolling Stones threaten to sue Trump over using their songs

LONDON (AP) — The Rolling Stones are threatening President Donald Trump with legal action for using their songs at his rallies despite cease-and-desist directives.

PARIS (AP) — The muffled, gagging sounds in the background of the phone call filled Monette Hayoun with dread.

A garden pail filled with disposable hand wipes and huge bottles of hand sanitizer can be found atop every table at Paris bistro Chez L'Ami Jean.

Yemen asks for help as seawater seeps into abandoned tanker 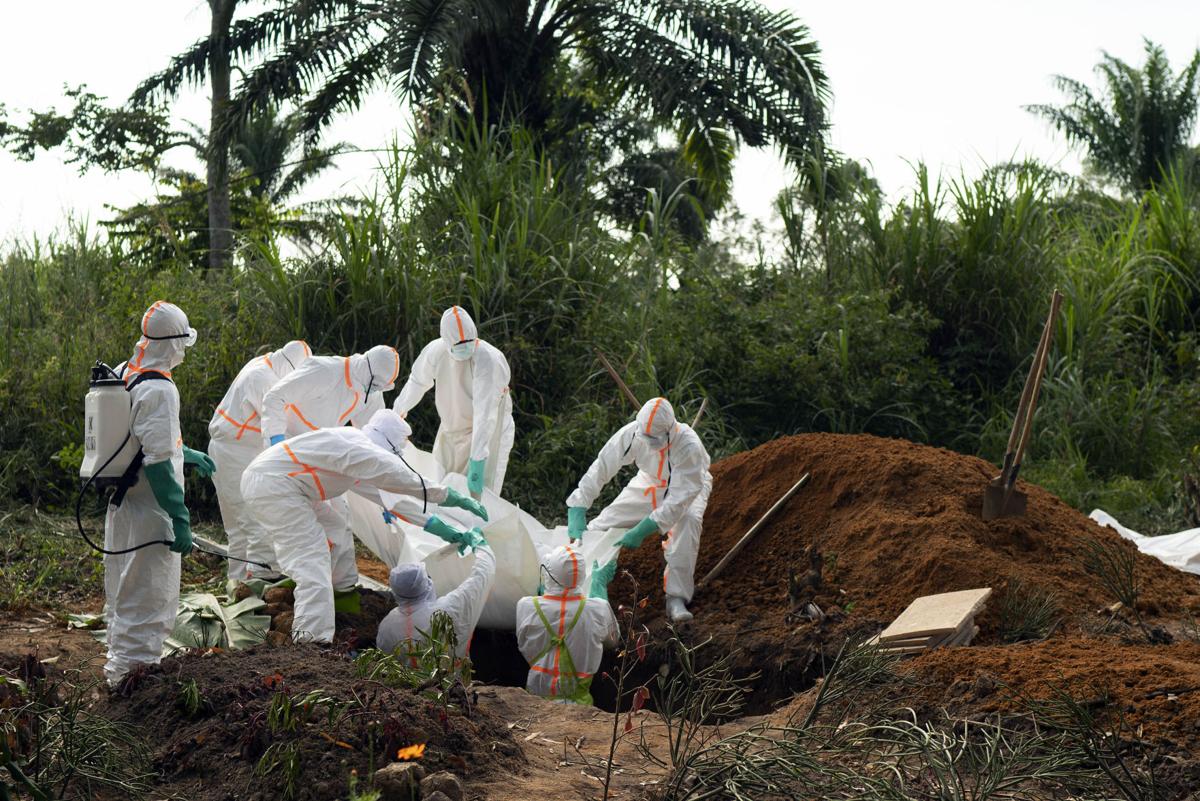 FILE - In this Sunday, July 14, 2019 file photo, an Ebola victim is put to rest at the Muslim cemetery in Beni, Congo. Eastern Congo on Thursday, June 25, 2020 has marked an official end to the second deadliest Ebola outbreak in history that killed 2,280 people over nearly two years as armed groups and community mistrust undermined the promise of new vaccines. (AP Photo/Jerome Delay, File) 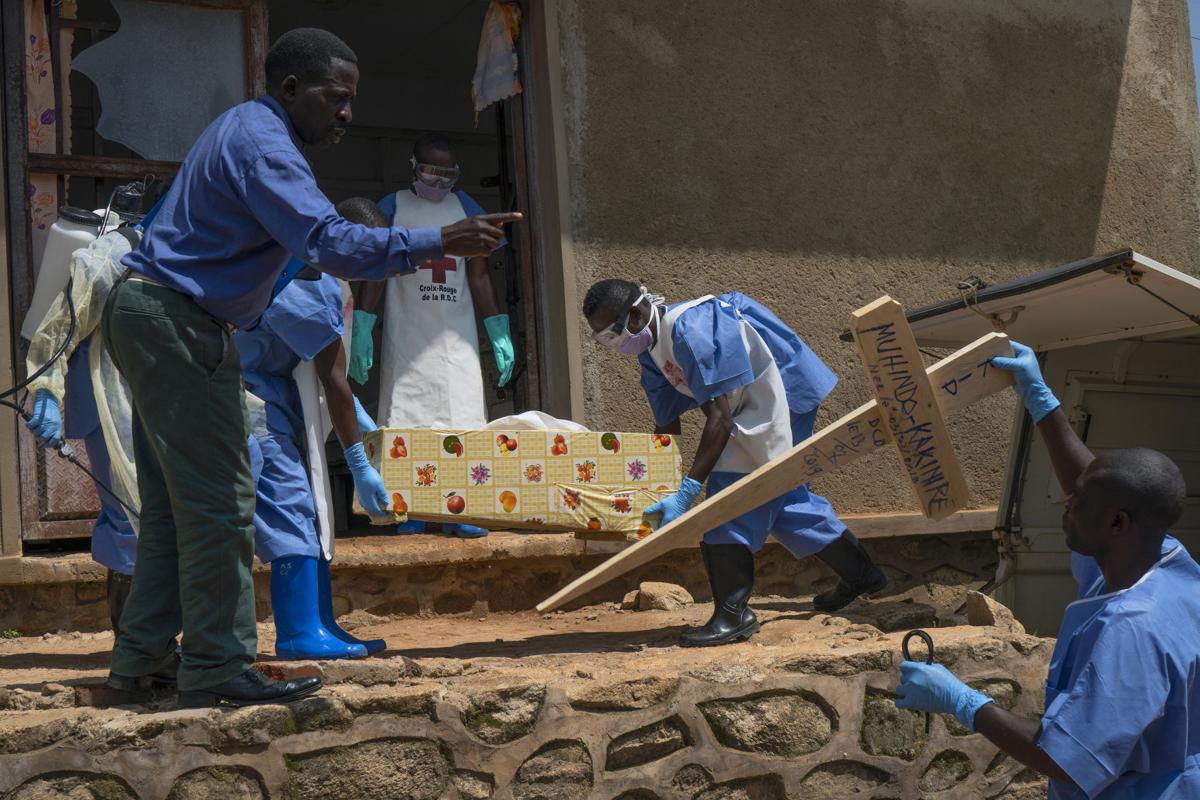 FILE - In this Sunday, July 14, 2019 file photo, Red Cross workers carry the remains of 16-month-old Muhindo Kakinire, who died of Ebola, from the morgue into a truck as health workers disinfect the area in Beni, Congo. The World Health Organization on Thursday, June 25, 2020, has declared an end to the second deadliest Ebola outbreak in history, that killed 2,280 people over nearly two years. (AP Photo/Jerome Delay, File) 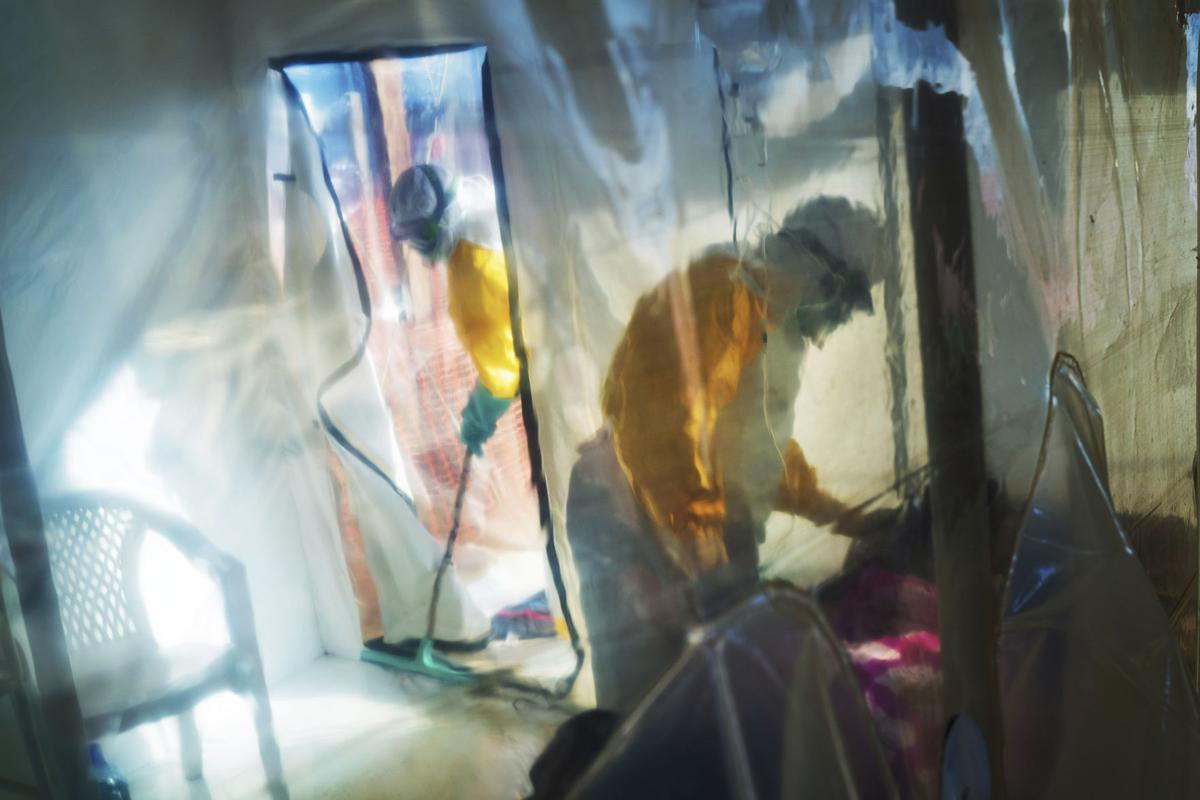