Become a Member
Read Today's E-edition
Share This
Barron: Former U.S. Senator Gale McGee was the last of his kind
0 Comments
Share this

CHEYENNE — Wyoming U.S. Senator Gale McGee was the last of a special breed of politician from this state. He was an intellectual, a University of Wyoming history professor and a New Deal Democrat — a liberal.

He left office in 1977 after losing his bid for a fourth term to Republican Malcolm Wallop.

He was the last Democrat elected to the Senate from Wyoming.

In his absorbing biography of McGee, “The Man in the Arena,” author Rodger McDaniel chronicles his amazing career and brings to life McGee, the gifted teacher, the remarkable orator and devoted fisherman.

McGee entered Congress after defeating Republican Sen. Frank Barrett in the 1958 election. Liberalism was in favor at that time.

The Democrats controlled the Senate 65-35.

He ran his first campaign out of a small back room at the Joe Davis Texaco gas station on Carey Avenue in Cheyenne.

Davis later was named McGee’s administrative assistant. Several members of his small, devoted staff, all from Wyoming, stayed with him through his three terms in office, including Elizabeth Strannigan of Reliance.

Unlike many people who are elected to the U.S. Senate, McGee was not a wealthy man. He had no trust fund and depended on paychecks.

“The U.S. Senate was not designed as an institution open to people like Gale McGee,” McDaniel wrote. “Its model was the Roman Senate which was strictly limited to nobility.”

But there he was, wondering when he could get paid and where he could get housing he could afford for his wife, Lorraine, and their family.

Because of his relationship with Senate Majority Leader Lyndon Baines Johnson, McGee was appointed to the Appropriations Committee, a plum assignment for a freshman.

He was well-prepared for the job by his travels, including a trip to Russia and other parts of the world. In addition, he had written scholarly articles on foreign policy and delivered speeches all over the U.S.

He soon realized the complexities facing the lawmakers.

“As a teacher, I had often approached questions as either black or white, when in truth most are a shade of gray,” he said.

McDaniel sketches an artful portrait of McGee delivering his first speech to the U.S. Senate standing with one foot slightly in front of the other.

Eloquent as usual with that wonderfully mellow baritone, he made the speech without any notes, nor was there any subsequent manuscript, which surprised Sen. John F. Kennedy, who introduced him.

McDaniel has written a scrupulously researched, wholly readable — it skips along — piece of Wyoming history about a time when the Democratic party was a major player in Wyoming politics and McGee was the leader.

He was in he middle of the action — the arena — during a turbulent period of history. A hawk on Vietnam, he believed in the domino theory which held that if South Vietnam fell to the communists the rest of Southeast Asia would follow.

He participated in the struggle over civil rights, Watergate, environmental protection, Medicare and Medicaid and was the favorite target of conservatives and the extremist John Birch Society.

He lived with a severe case of diabetes. He learned he had the disease from blood tests during his induction physical in 1945 during World War II. The ailment disqualified him for service.

As a reporter for the Casper Star-Tribune, I interviewed him a few times, once specifically about his public collapse from a diabetic episode.

He said he had been pretty successful in managing the disease over the years. I was surprised to read in McDaniel’s book that McGee suffered a heart attack during his 1964 campaign but the family covered it up.

After McGee lost the 1976 election to Wallop, he became ambassador to the Organization of the American States. He continued to be in demand as a public speaker on foreign policy. He died in 1992 at the age of 77.

McDaniel offers plenty of rich anecdotes that illuminate the issues that McGee faced in the Senate and back home in Wyoming during that period.

“Perhaps Gale McGee’s greatest legacy is leaving us with an idea of what we once were, what politicians once were, and how to get there once again,” McDaniel wrote.

McDaniel, a pastor in Cheyenne, a lawyer and former Democratic legislator, will launch the book Wednesday Sept. 5 at a reception in Washington, D. C., to celebrate the 64th volume in the Association for Duplomatic Studies and Training DACOR series.

On Sept. 29, the he will have a book signing in Cheyenne at the historic governor’s mansion from 10 am. to 2 p.m.

Wyoming has the land mass to support more than a single 345-megawatt nuclear energy plant near Kemmerer, and the state needs to make it abundantly clear to the industry that it wants to expand that number and position itself as the Silicon Valley for nuclear power.

The leadership voted to remove Bray’s name from a draft resolution that rebuked him and to rewrite it into a condemnation of State Rep Steve Harshman of Casper and State Sen. Larry Hicks of Baggs.

If just 25% of our community members pledge to spend $100 with local businesses from November through the end of the holiday season in December — that would be $2 million in gross sales of which $1.36 million would stay in our community.

Stubson: The path toward irrelevance

Stubson writes: This past weekend the Wyoming GOP held its quarterly State Central Committee meeting, the outcome of which was a flurry of asinine resolutions best characterized as clubby playground tattling. The Central Committee’s actions also thrust my party into the national dialogue as the latest example of political party dysfunction.

Guzzardi: Enemies among us

Rudkin: His presence of hope

And with a blink of an eye and a sigh of nostalgia Thanksgiving is behind us and the Christmas season is upon us.

The Wyoming Wildlife Taskforce is not even a year old, but the draft list of topics it hopes to address is ambitious and no doubt will stir so…

I wish I had a change of heart, but I still can’t support it.

Willcox: A grassroots effort can defy the odds

This year marks the 25th anniversary of one of the most spectacular conservation victories in recent history: the defeat of a massive gold mine planned for the doorstep of Yellowstone National Park. 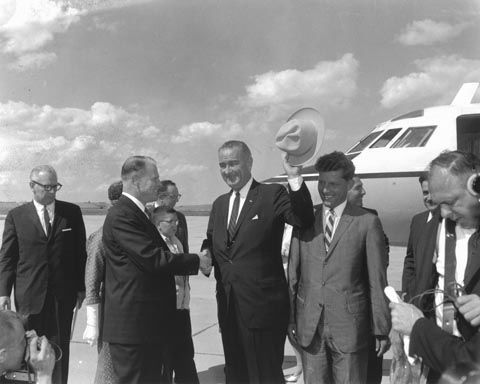 Cheyenne Mayor Bill Nation greets President Lyndon Johnson at the Cheyenne Airport in 1962. Sen. Gale McGee stands just to the right of the president. Johnson was the last Democratic candidate to win Wyoming in a presidential election. 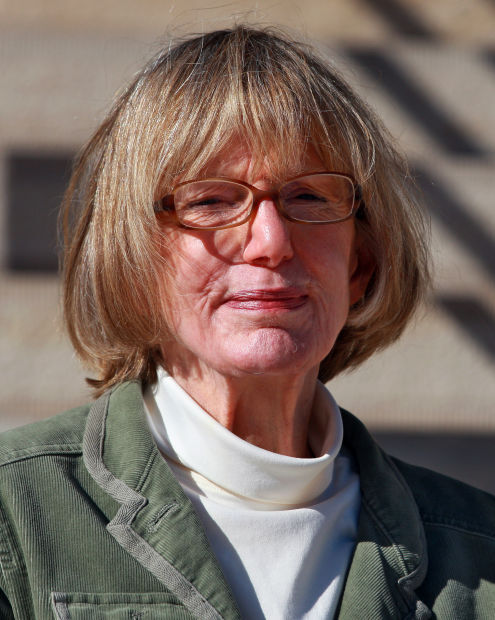