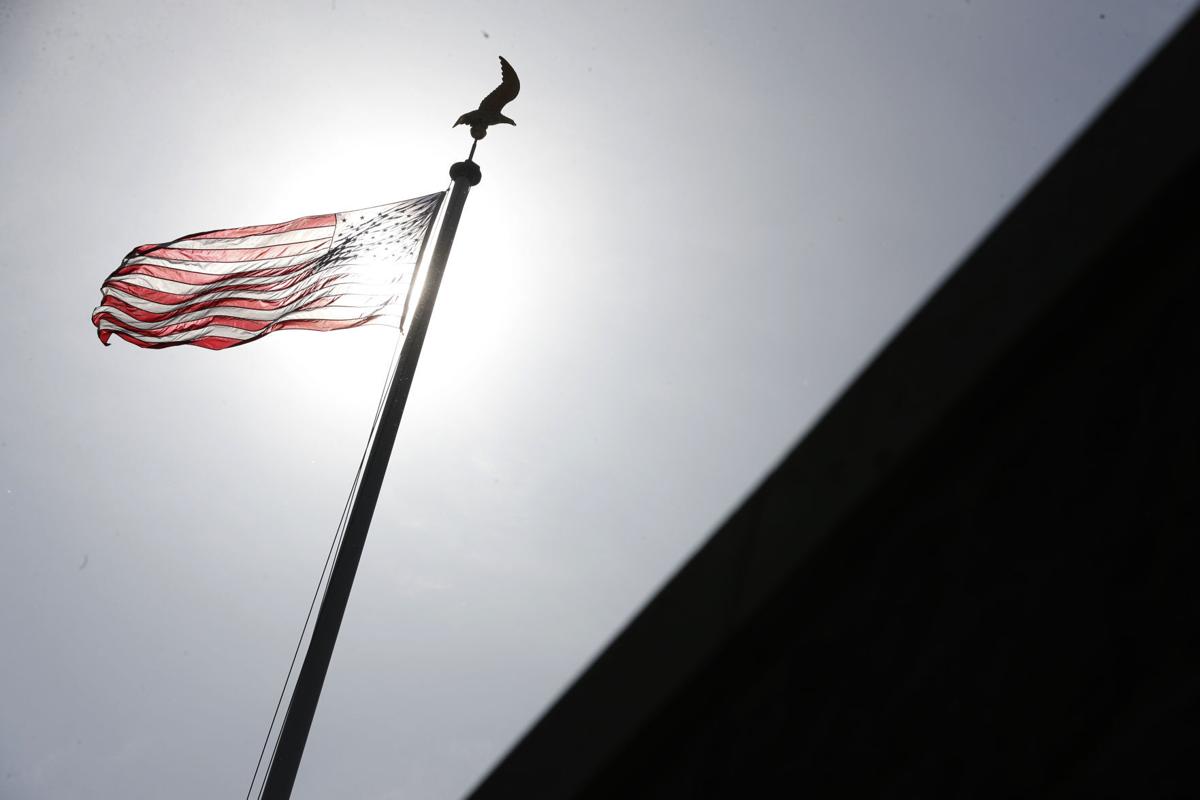 The American flag floats in May 2020 at the American Military Cemetery of Epinal, eastern France. 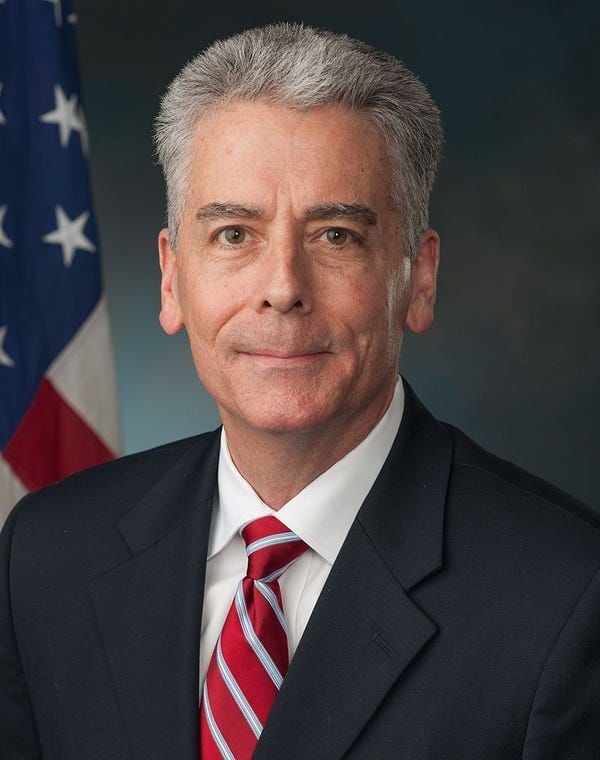 Frank Larkin is co-chair of the Warrior Call initiative. Larkin is a former Navy SEAL, 40th US Senate Sergeant at Arms and father of a Navy SEAL son who committed suicide. 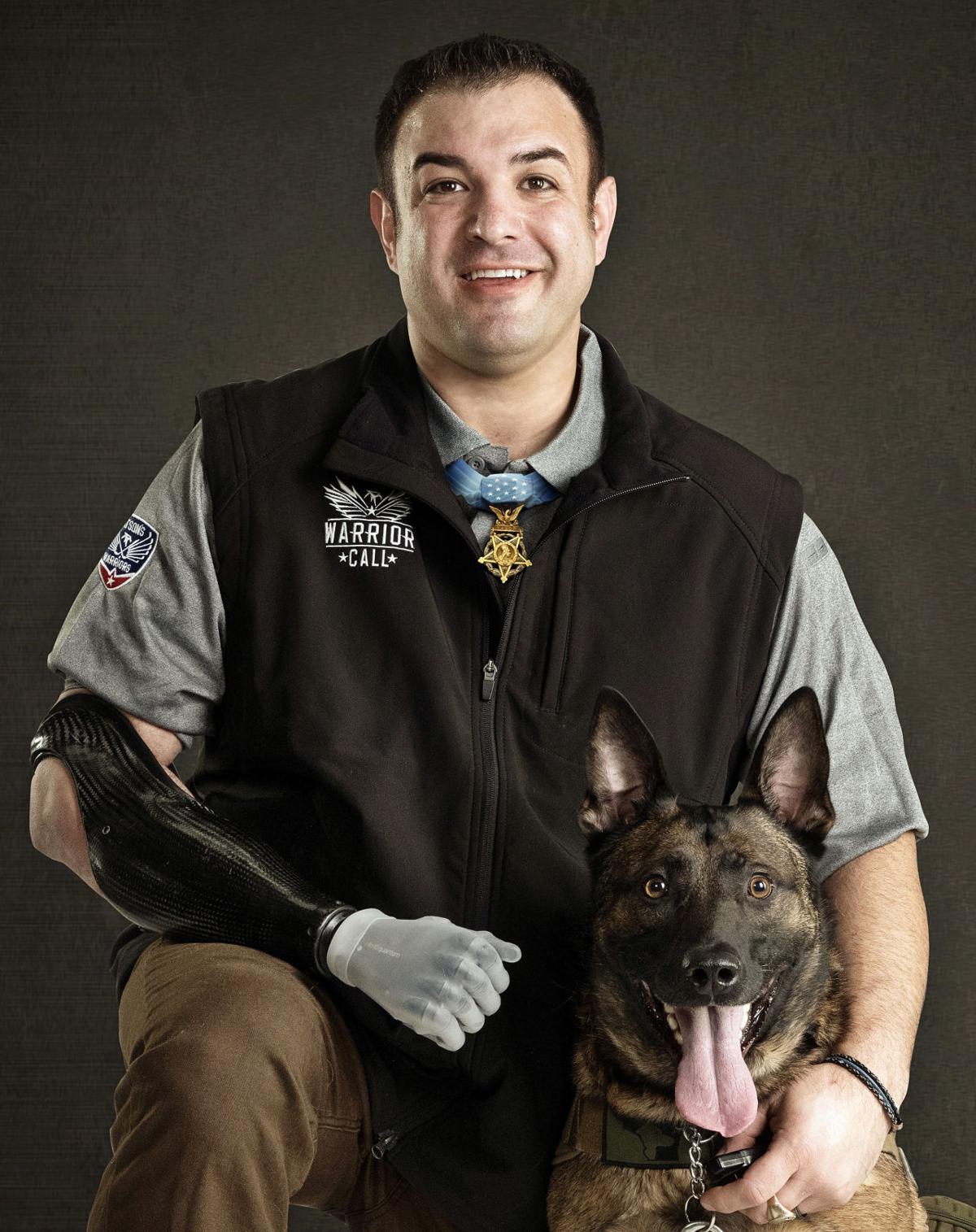 Leroy Petry is a 2011 recipient of the Medal of Honor, the nation’s highest military honor.

Rep. Liz Cheney, R-Wyo., is taking the lead on a congressional effort that will save the lives of suicidal service members and veterans.

Cheney is a principal co-sponsor of a measure in Congress to create an annual “National Warrior Call Day,” introducing the legislation on June 30. “By establishing this day and encouraging Americans to reach out to those who have worn or are wearing the uniform, we can save lives and protect those who have done so much to protect us,” she said in a statement.

In a bipartisan fashion, Rep. Cheney is leading the push in the House with Rep. Elaine Luria, D-Va., a former Navy officer, as Cheney and her staff are casting for a like-minded lawmaker to take up the mantle in the Senate.

National Warrior Call Day, which if approved by Congress and signed into law by the president, would take place Nov. 21. It would draw much-needed attention to those service members and vets who may be perilously disconnected from teammates, family, friends and support systems.

Disconnection from others is proving fatal for veterans, with lawmakers reporting that two-thirds of vets who die by suicide have had no contact with services. They are battling alone. And as Rep. Cheney notes, it is up to us, every American, to try and re-connect them.

The day would mark a coast-to-coast call to action to connect with vets and service members. It asks that all Americans — especially active duty and retired military personnel — make a call to a warrior, with someone who has worn or is currently wearing the uniform and connect them with support, if necessary.

The effort is sorely needed in Wyoming which, according to the U.S Department of Veterans affairs, has a suicide rate among veterans that is “significantly higher” than the national general population suicide rate.

Nationally the trends are just as alarming. Among current service members, a total of 377 current duty service members died by suicide in 2020. That number is up from 348 in the prior year. Active-duty suicides have been steadily increasing since 2016 when there were 280.

National Warrior Call Day is only one part of Rep. Cheney’s work on behalf of vets and service members. Following introduction of this bill, she also plans to push for other efforts in this year’s national defense spending bill to help arrest the tragic suicide trend.

To help make National Warrior Call Day a reality, you, too, can help in a meaningful way. Please consider signing our online petition to ramp up the pressure on Congress. It is ready to sign here: https://www.change.org/p/declare-nov-21-national-warrior-call-day

Desmond Tutu wisely observed that “ordinary acts of love and hope point to the extraordinary promise that every human life is of inestimable value.”

Here is an opportunity to do something so simple and ordinary by making a call that results in the extraordinary — in a human connection that tethers someone to hope where there was none before.

Larkin and Petry are co-chairs of the Warrior Call initiative. Larkin is a former Navy SEAL, 40th US Senate Sergeant at Arms and father of a Navy SEAL son who committed suicide. Petry is a 2011 recipient of the Medal of Honor, the nation’s highest military honor.

Medical Professionals: Who benefits from Medicaid expansion? Everyone.

People with health insurance feel better, physically and mentally, and are financially protected from catastrophic debt. A robust body of evidence shows that state expansions of Medicaid are linked to better health outcomes and improved financial security for enrollees.

Buffalo Bulletin: What are we waiting for?

The Buffalo Bulletin writes: More hours, dollars and resources were spent developing the coronavirus vaccine than the polio vaccine. President Trump and First Lady Melania got vaccinated. As did Ivanka and Jared. So, what are we waiting for?

Woodruff: Hands off the rocks

Outdoor educator Marjorie “Slim” Woodruff asks this question after seeing so many people this summer flooding the public lands: Why can’t people just leave the poor rocks alone? Rocks, she says, don’t need to be painted, stacked or rearranged.

Unfortunately, the national attention paid to this sorry episode confirmed what many believe about our state – that we are state populated by intolerant white bigots who actively discriminate based on race, gender, or gender identity, a place best avoided. I find this frustrating because I know these beliefs to be untrue – Wyoming people are generous, caring, and tolerant. They will go out of their way to help someone in need, regardless of who they are or how they might look.

They needed more than a name painted on the door to identify the offices of constitutionally elected executive branch officials other than the governor — secretary of state, auditor, treasurer, and state superintendent of public instruction.

Streeter: Don’t love our fisheries to death this summer

What is the future of the North Platte trout fishery? Will it be loved to death? Will it fall victim to debris flows from canyon slopes no longer able to hold erosion in check after fires destroy vegetation?

The rules are simple: a handler keeps the baby at a designated starting line while its dam is led down the track to the finish line. A pistol round signals the start and the first foal to get to its dam is the winner. Not this day! The foals got a little unruly and...

Adler: What were they thinking? Abuse and circumvention of the Advice and Consent Clause

Adler writes: The framers of the Constitution inserted the Advice and Consent Clause to insure joint decision making between the president and the Senate in the exercise of the treaty making and appointment powers.

Cotherman: Medicines, then and now

Medicine was not always helpful or even benign. I discovered a book of remedies from the middle ages compiled by some University of Oxford students, and there was little doubt about whether the cure was worse than the malady.

The American flag floats in May 2020 at the American Military Cemetery of Epinal, eastern France.

Frank Larkin is co-chair of the Warrior Call initiative. Larkin is a former Navy SEAL, 40th US Senate Sergeant at Arms and father of a Navy SEAL son who committed suicide.

Leroy Petry is a 2011 recipient of the Medal of Honor, the nation’s highest military honor.