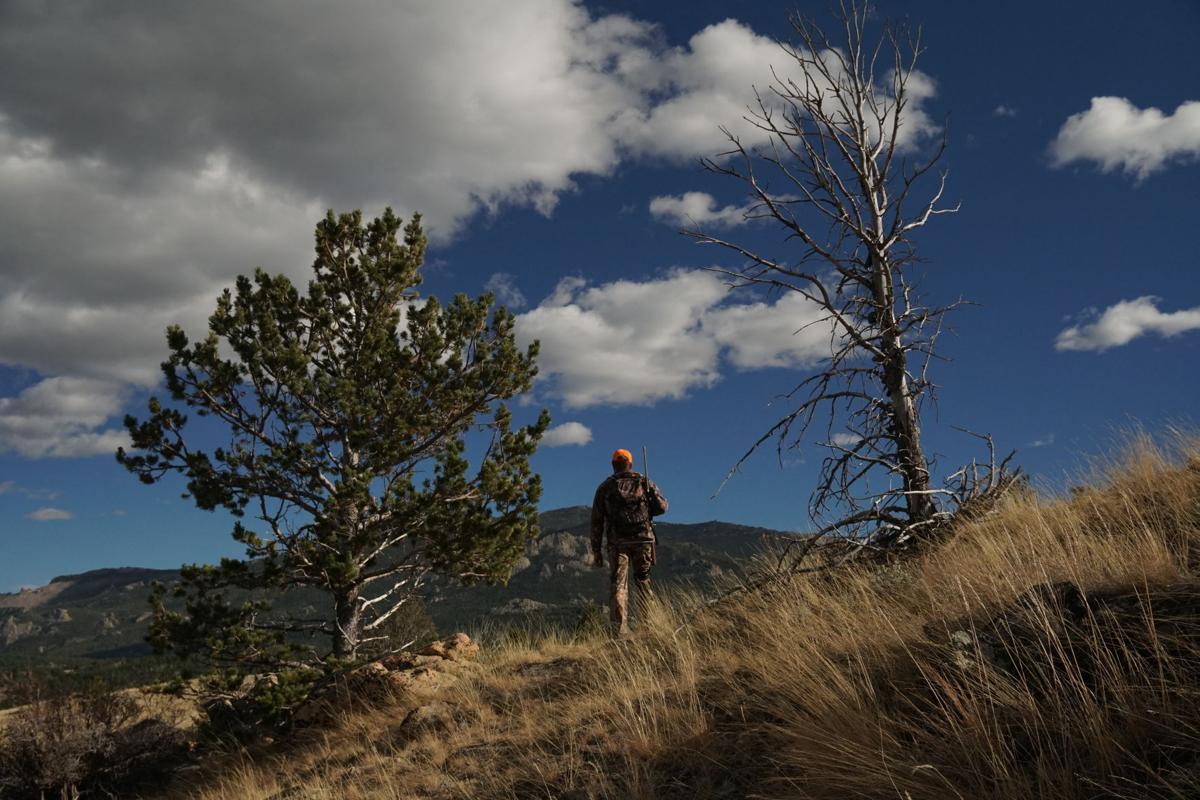 A hunter stands on a hill in the Laramie Range near Esterbrook. The Laramie Range may seem mellow from a distance, but inside it's a series of seemingly endless ridges, meadows and tree-lined slopes. 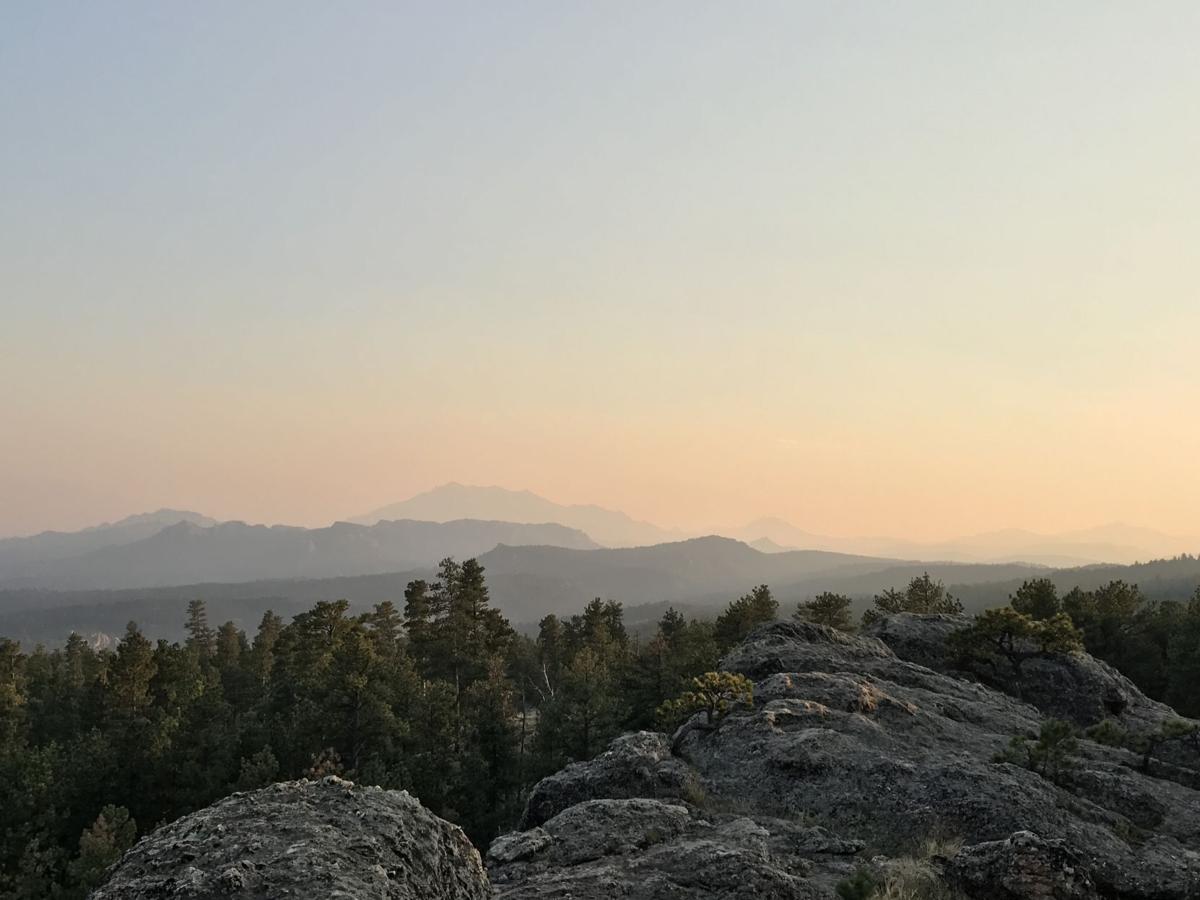 Layers of mountain trail into the distance in the Laramie Range. 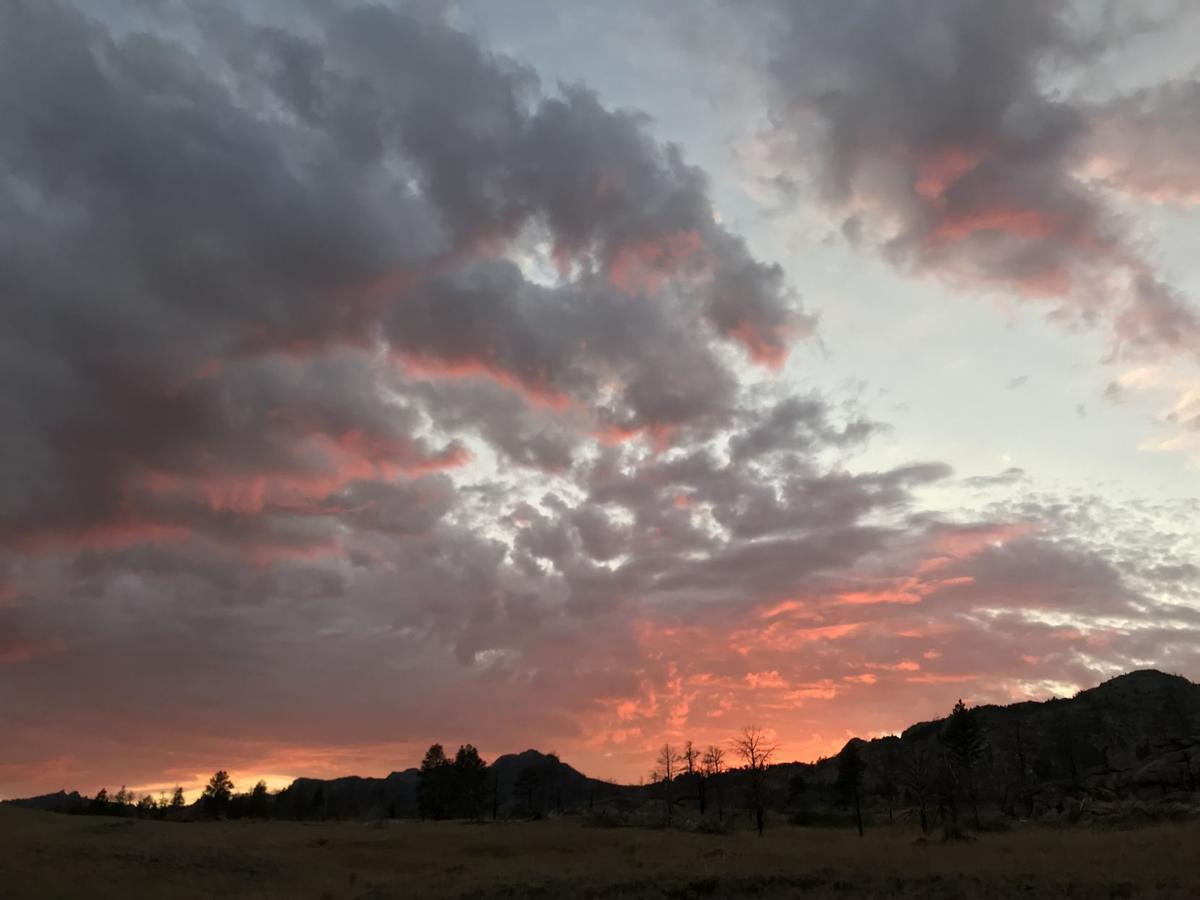 The sun sets in the Laramie Range in southeast Wyoming. The area is over overlooked for some of Wyoming's more iconic ranges, but is definitely worth a visit. 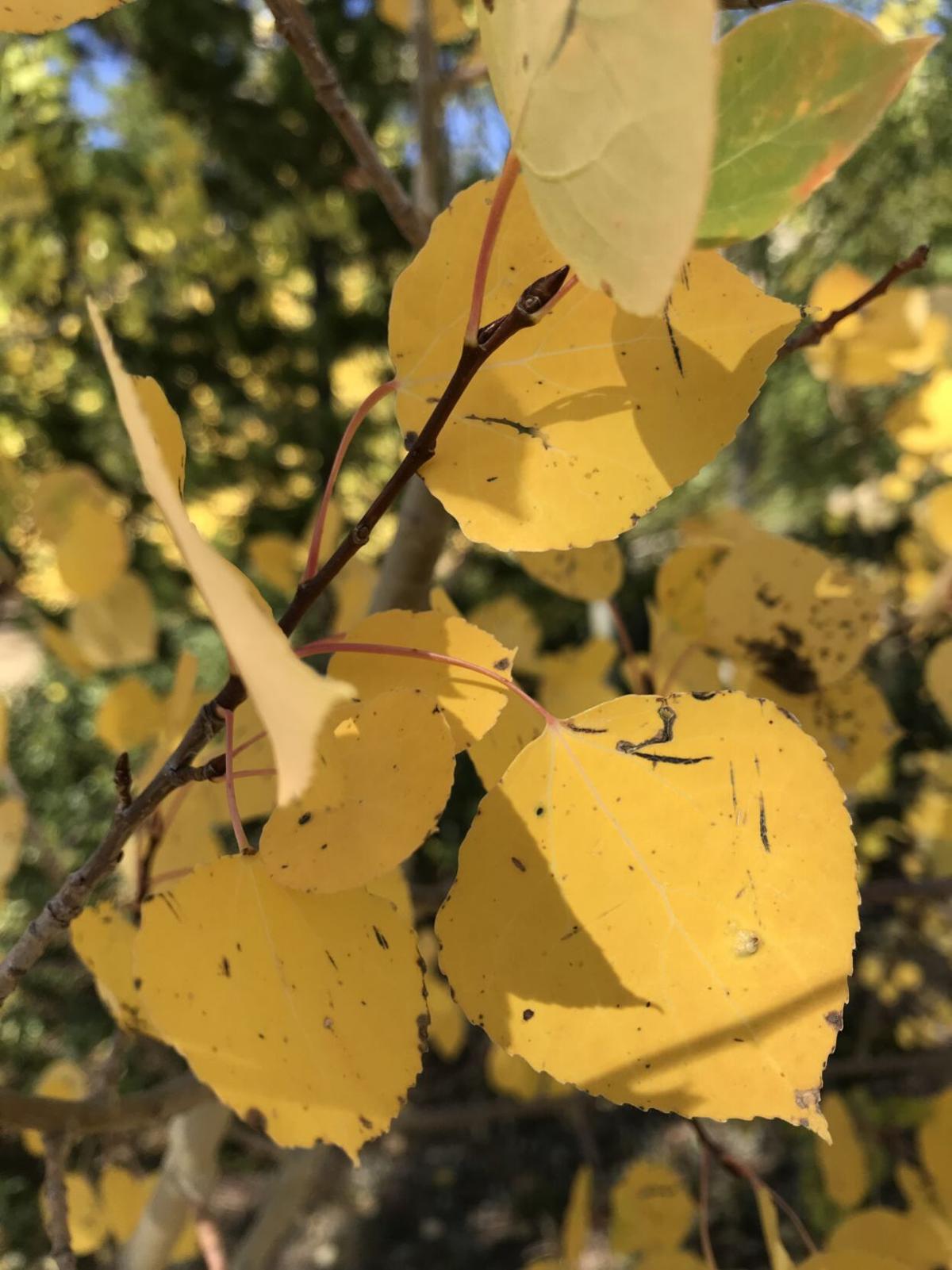 Aspen leaves change in the fall in the Laramie Range.

Jutting out from the plains, southeast of Casper, is a peak that can be seen for 100 miles.

Wyoming gained international fame from the Grand Teton, but Laramie Peak, with its lower, 10,274-foot elevation, is just as much of a landmark.

“Because the Laramie Range was not so formidable, western emigration moved through this part of the country in the 1800s,” reads “Roadside Geology of Wyoming,” a guide to Wyoming’s formation by David R. Lageson and Darwin R. Spearing.” Laramie Peak was a pioneer’s first sign of the Rocky Mountains.

But millennia before pioneers moved slowly across the Plains with covered wagons and horses, early people and later more modern tribes called the region home. The mountains and surrounding high plains were rarely controlled by a single tribe, instead occupied at times by the Northern Arapaho, Northern Cheyenne and Oglala Sioux. The Eastern Shoshone and White River Ute also lived in the area.

Now the mountains that wind and stretch from Casper to Laramie are an overlooked playground for an outdoorsperson seeking anything from technical single track mountain biking to a calm weekend in a camper.

Aspens cluster along hillsides and roads, their white limbs right now decorated by bright yellows and deep oranges. Sure, it could snow in the fall. But it could also be sunny and crisp.

Hike on a path to the top of Laramie Peak or take your dog and chase blue grouse. Wander silently through the woods looking for your fall turkey. Listen for bugling elk and the faintest crunch of hooves on dry sticks. Cast a fly into the Laramie River or take your kids to any number of beaver ponds full of hungry brook trout.

Swing farther south to Curt Gowdy State Park and hike or ride your bike through changing leaves and flowing trails. Camp by the water a last time before winter. Or veer just a little west and visit Vedauwoo to try clambering over boulders. If you’d rather not, simply admire the ancient granite, formed about 1.4 billion years ago.

They may not be as rugged as the Wind River Range or as sheer as the Tetons, but the Laramie Range offers its own quiet beauty that should not be missed.

Camping and the outdoors are an integral part of most Wyoming residents’ lives. But COVID-19 has changed the way many of us recreated this summer. To recognize the need to be outdoors but also stay closer to home, the Star-Tribune has periodically featured an outdoor location within 100 miles from major population centers. Even as summer turns to fall soon, we will continue this occasional series. This week’s destination is the Laramie Range.

Snow and cold are usually the perfect pair for big game hunters, but a little too much of both kept hunters home and elk and deer out of the crosshairs in the Bitterroot Valley on the opening weekend of big game season.

Research: Some Wyoming toads can clear themselves of deadly fungus

Their actions come with risks — toads don’t actually like sun exposure, and open areas increase possible predation by hungry crows or coyotes — but they seem to have calculated possible death is worth it.

A hunter stands on a hill in the Laramie Range near Esterbrook. The Laramie Range may seem mellow from a distance, but inside it's a series of seemingly endless ridges, meadows and tree-lined slopes.

Layers of mountain trail into the distance in the Laramie Range.

The sun sets in the Laramie Range in southeast Wyoming. The area is over overlooked for some of Wyoming's more iconic ranges, but is definitely worth a visit.

Aspen leaves change in the fall in the Laramie Range.