While Yellowstone’s hydrothermal pools provide insight into the chemical processes happening deep beneath the surface, they don’t allow us direct access to the subsurface. As a result, we only have a two-dimensional view of the system. We can measure the pools’ surface temperature, chemistry, and even their exotic biology, but we have no knowledge of the other parts of the equation, like the water plumbing system and the properties of the hydrothermally altered host rocks. You know some of it plus the rest of it equals all of it, but from surface observations we only know “part of it.” To see “the rest of it” we have to look deeper ...

You might be surprised to hear that multiple drilling expeditions have been undertaken at Yellowstone to determine what the rocks look like beneath the surface. The first drilling was conducted by Clarence N. Fenner, from the Carnegie Institute of Washington, in 1929-30. Scientists E. T. Allen and Arthur Day recruited Fenner to drill after conducting an extensive expedition investigating the geology of Yellowstone. Fenner drilled two boreholes, one in the Upper Geyser Basin (406 feet deep), “chosen as a site for drilling because it represents a typical area of alkaline springs,” and one in the Norris Geyser Basin (265 feet deep), “selected as representing an area of acid sulfate waters.” Fenner and his colleagues were cautious not to damage any well-known thermal features during drilling, since there were concerns about the consequences of the work.

As Fenner stated: “…apprehension had been expressed that the drilling of a hole would interfere with underground circulation and disturb geyser action, though this fear was believed to be unwarranted, it was decided to operate outside of the main geyser areas, but still within the undoubted region of hydrothermal activity.”

Contrary to his belief, Fenner’s drilling caused changes to pools and fumaroles near the drill site in both locations. Albeit highly determined to accumulate as much information as possible, Fenner eventually had to abandon drilling in Norris Geyser Basin due to high fluid pressures. Despite these challenges, Fenner’s experiences laid the groundwork for future drilling in Yellowstone.

In 1967-68 the U.S. Geological Survey conducted the next round of drilling, led by D.E. White with the assistance of John M. Good, chief naturalist of Yellowstone National Park. Thirteen boreholes were drilled across the major hot-spring areas. White was confident that his team was prepared for the challenges of drilling in Yellowstone based on his prior experiences and insights from Fenner’s work.

“We can now predict most of the problems that Fenner actually encountered (when drilling C-II), and such dangerous sites were consciously avoided…”

Despite their preparations, the drilling crew quickly found themselves unprepared for the steam eruptions — similar to what Fenner had also encountered.

“Within a few seconds the top cool water was followed by a mixture of boiling water and steam, and the well surged into violent eruption — a shattering experience for all of us! …Boiling water and steam covered the drilling platform and concealed the control levers...”

In time, the drill crew learned to manage, though not stop, the steam eruptions, and drilling was completed. Boreholes ranged in depth from 215 to 1,081 feet averaging 520 feet. Drilling results described the mineralogy, hydrothermal alteration, and rock types in the cores. After drilling, most of the boreholes were plugged, but a few were left for future water sampling. In 1992, part of the Y-8 well, located in Biscuit Basin that was left unplugged, corroded to the point that steam and boiling water erupted from the hole. The USGS and NPS worked quickly to contain the eruption, and then plugged the well.

Other drilling in Yellowstone includes numerous water wells drilled in 1973 by USGS to provide drinking water for the increasing number of tourists visiting the park. Most recently, with collaboration from the National Park Service, seven boreholes were drilled in 2007–08 as part of the Earthscope Plate Boundary Observatory. The borehole depths ranged from 200 to 800 feet deep averaging 518 feet. Strainmeters, borehole seismometers, and tiltmeters were installed in five of the seven boreholes to monitor volcanic activity at Yellowstone.

Even though some of the boreholes were drilled more than 90 years ago, scientists continue to use the rock cores that were retrieved to gain insights into the subsurface. At the University of Wyoming, scientists are currently researching the Y-9 core, drilled at Norris during the USGS 1967–68 expedition. Their work is aimed at better understanding the interactions between rocks and fluids, which affects the chemistry of the rocks as well as that of the emergent waters.

The drilling of boreholes in Yellowstone was a challenging endeavor but provided unprecedented views of the subsurface. Thanks to this careful work and the meticulously cataloged rock samples that were obtained, we continue to benefit from the research drilling today, applying new analyses methods to these old samples. The Yellowstone research drilling programs have been a scientific gift that keeps giving and are helping us better understand — and better preserve — Yellowstone’s dynamic hydrothermal systems.

Yellowstone Caldera Chronicles is a weekly column written by scientists and collaborators of the Yellowstone Volcano Observatory. This week’s contribution is from Andrew Miller and professor Ken Sims, both in the Department of Geology and Geophysics at the University of Wyoming.

Stay warm, cross your fingers, and most importantly, stay safe.

Chances are, you’ve never seen it. Most of us haven’t. At most, you may have seen a soft dirt mound, a sign that the Wyoming pocket gopher burrowed somewhere underneath.

The unpredictability of weather, wars and catastrophic events have always required adventure travel businesses to be prepared for the unexpected.

At a time when national politics could not seem more polarized, and state politicians are struggling with nearly unprecedented budget issues amid a global pandemic, Wyoming’s wildlife are also facing issues, some of which have been building for decades. 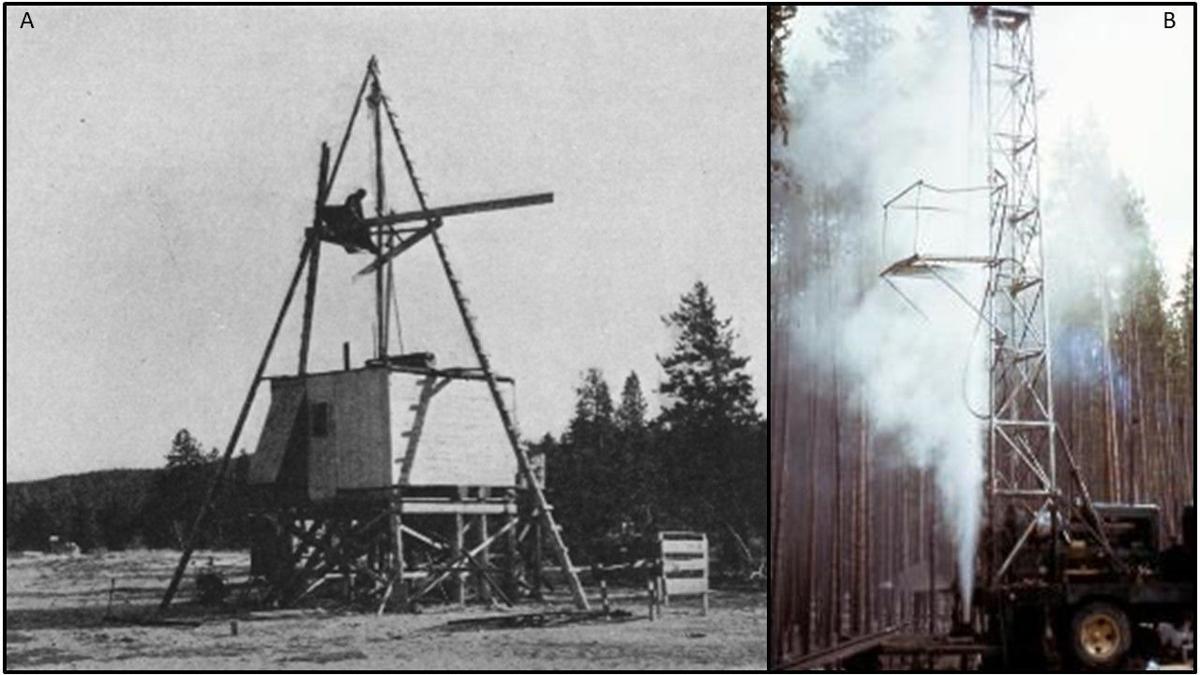 Research drilling in Yellowstone National Park was first conducted in 1929, at left, in the Upper Geyser Basin. In 1967 a U.S. Geological Survey drill rig was set up in the Norris Geyser Basin, at right, causing a steam eruption.

The right side of the figure is an image of a small piece of the Y-9 core from the USGS 1967-68 drilling expedition in Yellowstone National Park. The black area was analyzed using a scanning electron microscope at the University of Wyoming to determine mineralogy and dispersion of elements. The black and white photo is an SEM image of the alteration mineral cryptomelane. The colored image is an SEM elemental distribution map. The smaller colored images are SEM element maps showing the isolated distributions of silicon, aluminum, iron, manganese, and potassium increasing in abundance from left to right.