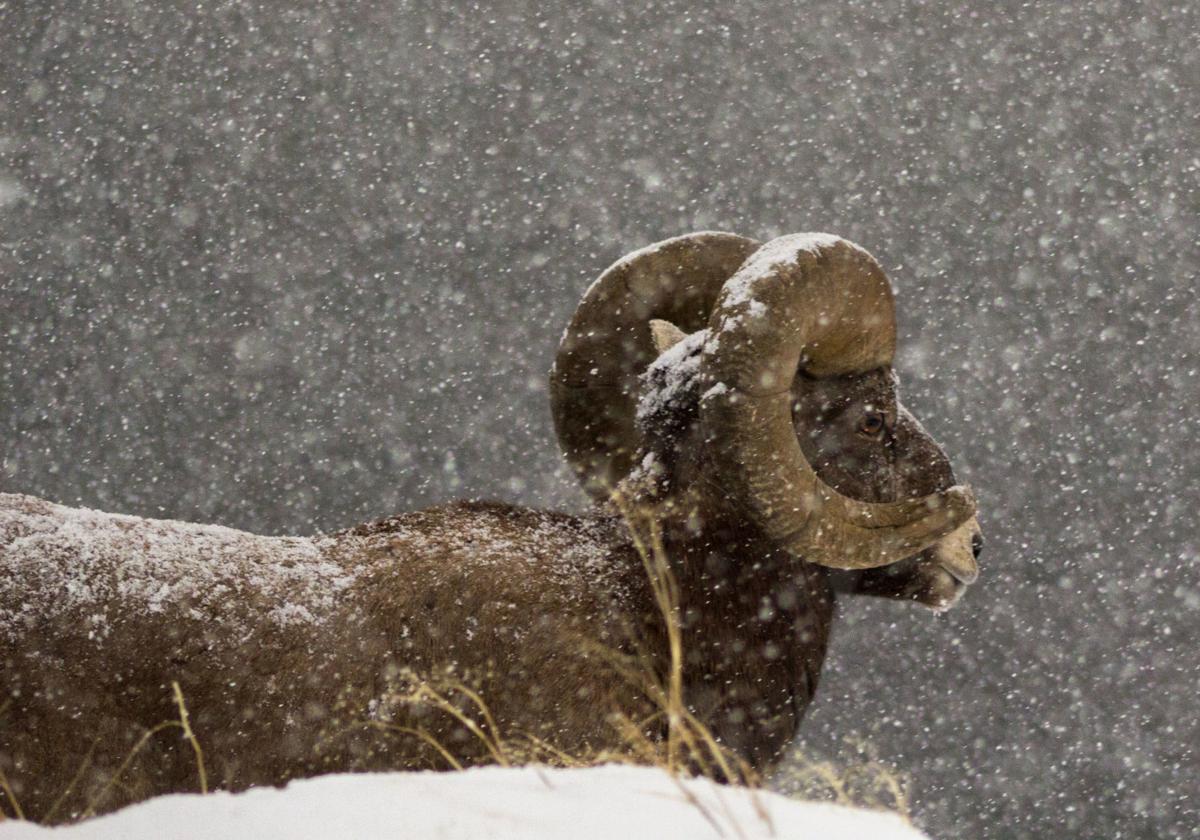 New research from the University of Wyoming suggests that bighorn sheep hunting in Western states including Wyoming hasn't had a discernible impact on the size of rams' horns. 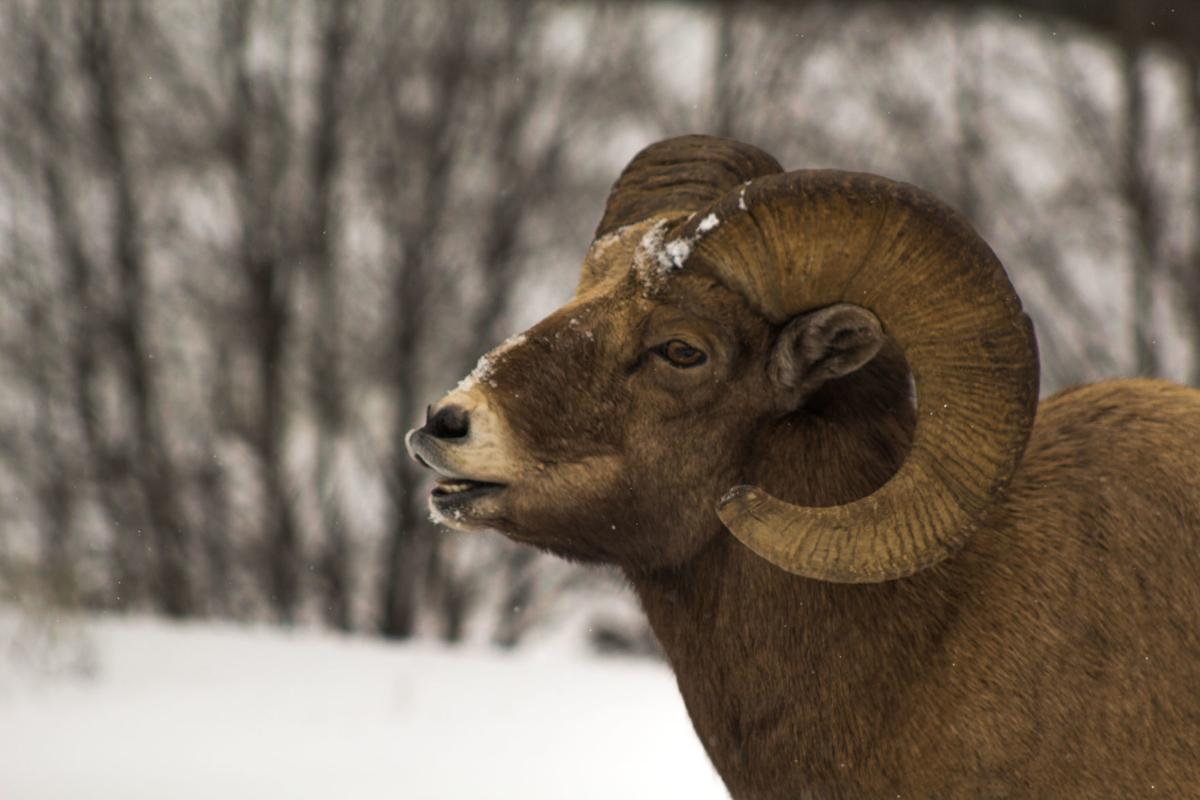 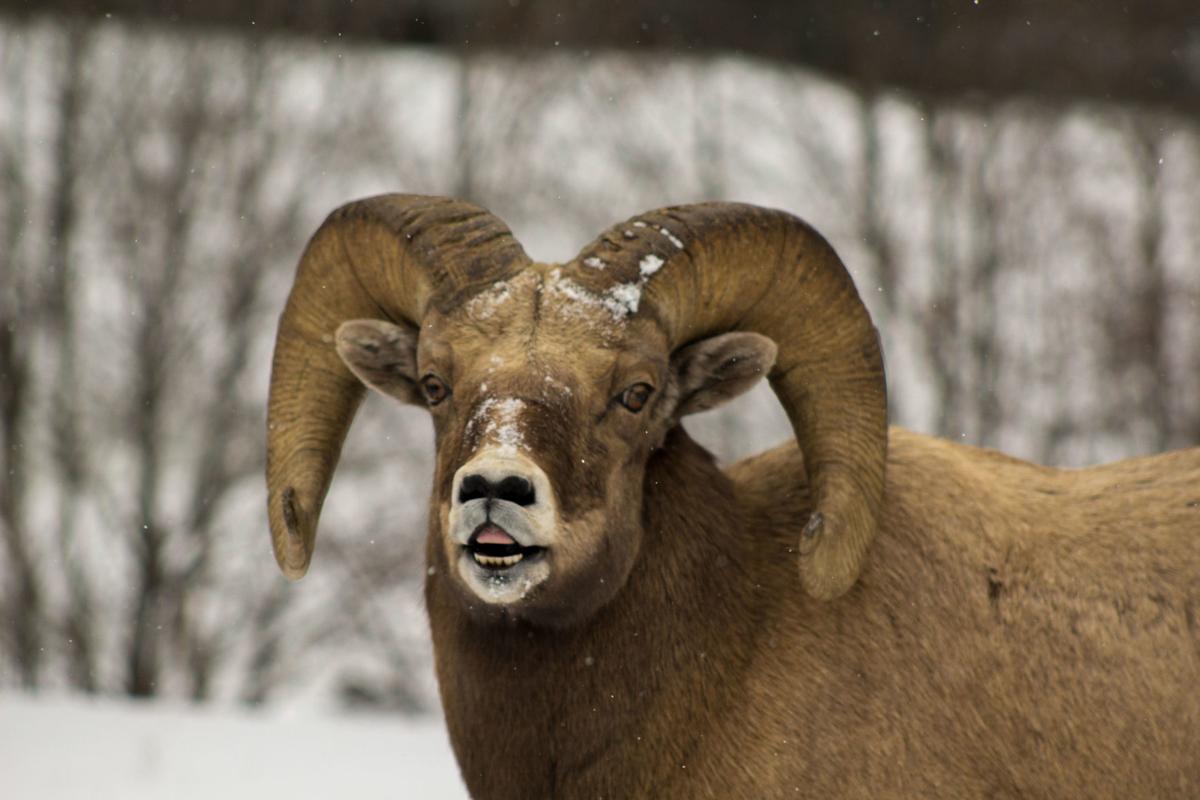 The debate has lingered for decades, growing increasingly loud.

Trophy hunting, some argue, can cause evolution in reverse as hunters select for the biggest, most robust males each season, eventually removing those genetics from the population. But others say the threat is overblown — hunters can’t possibly cause changes to evolution.

A new, exhaustive research project out of the University of Wyoming shows the truth hangs somewhere in the middle.

UW graduate student Tayler LaSharr collected and analyzed 30 years’ worth of bighorn sheep horn data from 72 hunt areas across nine states and one Canadian province that shows that under most management practices, bighorn sheep hunting does not change herd genetics.

“There’s a misconception about consequences that may or may not be occurring,” LaSharr said. “And a lot of the issues are surrounding bighorn sheep because they are cherished big game species and people want to harvest them.”

The project didn’t begin as a rebuttal of previous studies arguing hunting causes horns to become smaller over the years or selects for smaller, slower-growing males. But it did begin as an exploration of whether or not the theory was correct, said Kevin Monteith, LaSharr’s advisor at UW and co-author in the new paper.

And they weren’t the only people interested. The Wild Sheep Foundation network also wanted to know, with as much certainty as possible, if trophy hunting could be influencing evolution.

“We think there are isolated instances where rams may be hunted at too high a rate. But there’s quite a debate in our community about whether current harvest management is driving wild sheep horns down in size resulting in smaller horn size,” said Kevin Hurley, vice president for conservation and operations of the Wild Sheep Foundation. “And we don’t buy that it’s going down everywhere.”

Bighorn sheep in North America were the logical test subjects, LaSharr said. First, they have horns that slowly grow throughout their lives, unlike elk, moose or deer that grow antlers each year with annual sizes often tied as much to what they’re eating as their genetics.

State agencies also have the data needed to complete this type of study. All agencies require hunters bring bighorn sheep in for verification and to place a plug with a serial number in the horn signifying it was legally killed.

Lastly, unlike more common species like elk, deer or pronghorn that are often hunted each year primarily for food, with antler size a secondary draw, bighorn sheep are more commonly hunted as a trophy animal but also used as food, LaSharr said. Hunters generally draw one tag, often no more than two, during a lifetime, which means they are more likely to try and shoot the largest ram they find.

The final point is where the controversy begins.

Much of the work showing trophy hunting can cause reverse evolution – or a shrinking of horns over time – comes from bighorn sheep hunt areas in Alberta, Canada.

There, resident hunters can buy tags over the counter and hunt every year, but are only legally allowed to shoot rams with a curl winding four-fifths around or bigger depending on the area. That means each year hunters target and kill only the biggest rams. The idea is that permitting hunters to only kill the largest rams naturally limits the number of sheep removed from the population while allowing as many hunters as possible the opportunity to be in the field.

Wyoming and most other Western states, however, operate on a limited quota system, sending only a certain number of hunters in the field each year to kill whatever ram he or she finds.

Data from Alberta has shown over the years that rams are getting smaller and taking longer to reach that four-fifths curl.

But, LaSharr and her colleagues thought, is that going on everywhere?

She and a team spread across the West spent more than a year gathering data from each government agency managing bighorn sheep hunting and then another year analyzing what the information meant. They factored in not only age of the animal and its horn size, but also, and importantly, the broad environmental conditions at the time. As in, poor long-term habitat quality could impact horn size.

Their results were clear, though also came with qualifiers.

States like Wyoming, where a limited number of hunters enter the field each year, ram size has remained the same for about three decades.

In fact, of the more than 70 areas the team analyzed, ram size in about 78 percent of them remained either the same or, in a few cases, increased. About 22 percent of the areas had rams with decreasing horn size, and many of those were in Alberta.

“It made sense that those areas that are managing sheep in a way that creates the ability for that evolutionary change is where we’re seeing that, and the areas where there’s not size requirements we don’t see consistent changes,” LaSharr said.

What the study also shows is that wildlife issues are almost always more nuanced than they seem on the surface. Stories that argue that climate change combined with trophy hunting in Africa could be leading some species toward extinction may not be wrong, but it also doesn’t mean that trophy hunting in general is causing species to go extinct.

Certain ways hunting is managed, such as in Alberta, may well be causing rams in those population to be smaller. If every year the largest sheep are killed, thus removing the fast, big-growing males, hunting has a greater chance of selecting away from those animals, favoring smaller, slower-growing rams.

This paper isn’t necessarily the definitive answer on the topic, Monteith cautioned. Researchers will continue to look into issues like what role disease plays in horn growth. But it is another piece in the bighorn sheep management puzzle.

“Bottom line, (the research) falls in line with how I think we manage sheep herds, but to me as a manager, it also places emphasis on doing survey that makes sure that populations are responding the way you want,” McWhirter said. “Surveys and monitoring are key to making sure these deleterious things aren’t happening.”

Discovery of ancient supereruptions suggests the Yellowstone hotspot may be waning

When Forrest Fenn, a former art dealer from Santa Fe, New Mexico, announced the discovery, he did not say who found his cache worth more than $1 million or where they were from, other than “back East.”

The California woman, who moved to within 10 feet of the animal to take a picture, sustained multiple wounds and was flown to Eastern Idaho Regional Medical Center.

Gus Smith came on to the Grand Teton National Park staff this winter as the chief of science and natural resources, replacing Sue Consolo-Murphy, who retired.

Read the latest issue of the Casper Star-Tribune's Roam magazine

The latest edition of the Casper Star-Tribune's Roam magazine will help you enjoy the best of Wyoming's outdoors while sticking closer to home this summer.

New research from the University of Wyoming suggests that bighorn sheep hunting in Western states including Wyoming hasn't had a discernible impact on the size of rams' horns.