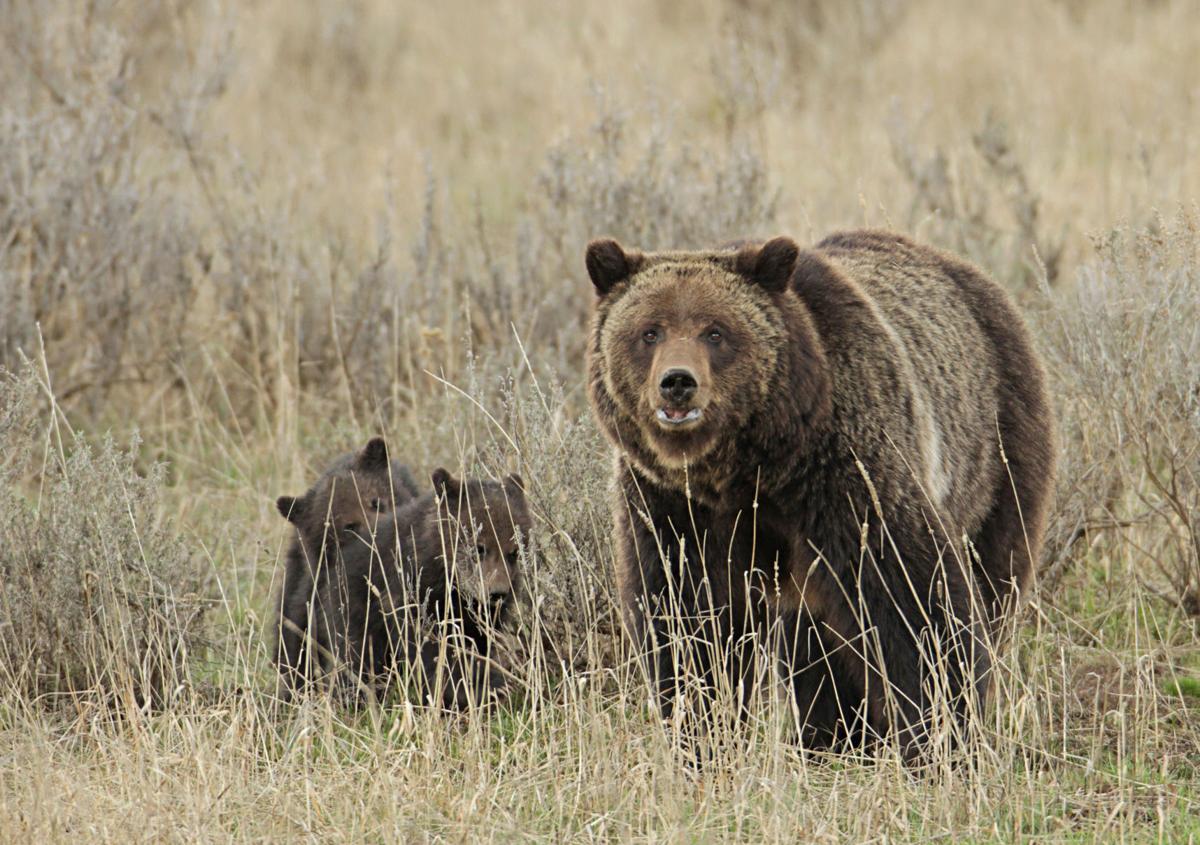 A grizzly sow and cubs near Fishing Bridge in Yellowstone National Park. 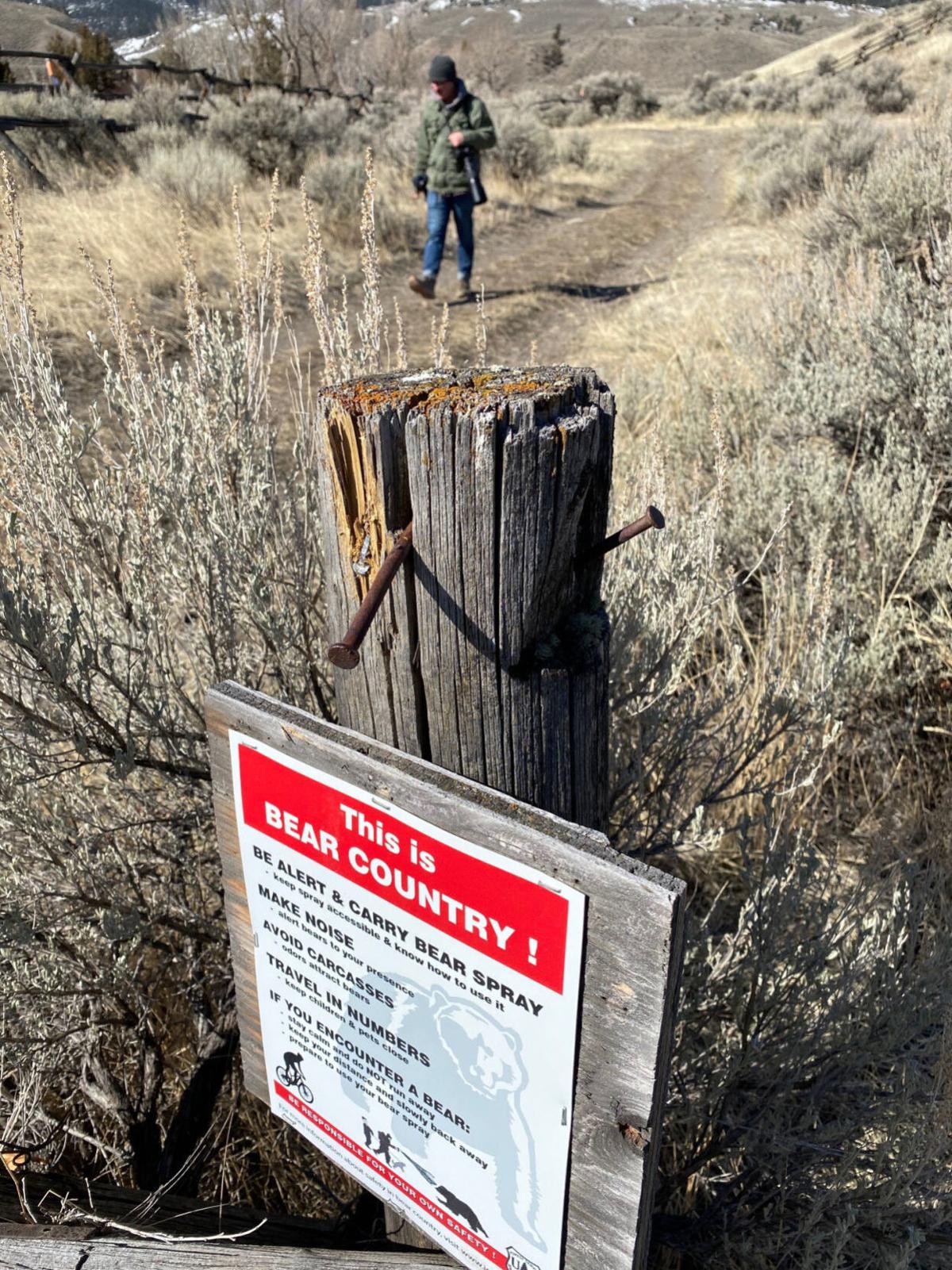 Anyone recreating outside in the bear country is reminded to take appropriate precautions such as traveling in groups, carrying bear spray and making noise while hiking.

The mauling of a Montana man by a grizzly bear on Thursday near Yellowstone drives home the message that recreationists need to be on the lookout for bears no matter the season.

“With the onslaught of humans going outdoors and bear numbers up and geographically expanding, awareness has to be from spring to fall,” said Kevin Frey, a bear management specialist for the Montana Department of Fish, Wildlife & Parks in Bozeman.

“By April, you have got to put grizzly bears back in the forefront of your thoughts when you go outdoors,” he added.

Male bears can leave hibernation in March. Female bears and females with cubs leave later in the spring. The area where the attack occurred is just north of Yellowstone National Park, a stronghold for an estimated 1,000 grizzly bears.

Charles “Carl” W. Mock IV, age 40, died on Saturday following surgery at the Eastern Idaho Regional Medical Center for the injuries he sustained in the Thursday attack near West Yellowstone, according to the Gallatin County Sheriff’s Office.

The day after the mauling a group of FWP wardens, Forest Service officials, a dog, Frey and a bear management technician were charged by the bear while investigating the site. The bear was shot and killed.

Frey noted he’s been charged by a bear many times over the years, but never with a group that large. In past incidents, Frey said the bears often pulled up or turned away in what’s known as a bluff charge. Generally after a mauling, bears tend to leave the area, he added.

The grizzly shot Saturday was protecting its food source – a moose carcass – and posed “an immediate safety risk,” according to Morgan Jacobsen, FWP Region 3 information officer.

The adult male bear appeared to be healthy and was not wearing an ear tag or collar, Frey said. A necropsy will be performed. Some captured bears have PIT tags inserted under their skin, which would identify if the animal had been handled before and where.

Mock worked as a guide for West Yellowstone’s Backcountry Adventures and also enjoyed photographing wildlife. He was fishing the Madison River near Baker’s Hole Campground when the bear attacked. Mock suffered “significant scalp and facial injuries,” according to the Sheriff’s Office.

The Custer Gallatin National Forest has imposed a temporary area closure to keep people away from the site of the attack.

As with many things involving the outdoors and recreation these days, Frey said he is concerned that with more people playing in the outdoors who are unfamiliar with taking precautions in bear country, there is a heightened chance that more human-bear encounters could occur.

“If there are enough people out there, it’s hard for a bear to avoid people all day long,” he said.

A gofundme page has been established to help defer Mock’s medical and funeral expenses.

Golfer under investigation for teeing off in Yellowstone, other national parks

A comedian drumming up interest in golf may have sliced into a hornets nest by hitting balls in Yellowstone and other national parks.

Human remains were found in two of the three black bears euthanized after they were suspected of killing a Colorado woman in an apparent attack.

New research shows entire life cycle of deer, from conception to birth and beyond, is tied to their migration route

While the Wyoming Game and Fish Commission approved changes to this year’s spring turkey season in 2020, many Wyoming hunters are just now realizing the difference.

A small side road on the highway between Mammoth Hot Springs and Norris Junction leads to Sheepeater Cliffs, a spectacular example of columnar jointing in a lava flow.

All passengers must either be vaccinated for COVID-19 or tested 72 hours before the trip when the buses are full. Passengers are also required to wear masks.

Since 2013, Buffalo Bridge has provided a unique service in the Gardiner Basin by scavenging bison hides, hooves, heads, ribcages, fat and internal organs from bison that hunters kill.

Bicyclists will no longer be allowed to ride into Yellowstone National Park through the south gate before the road opens for motorized vehicles each spring.

Noem said she plans to sue after the park service declined to continue holding a fireworks display at the monument, citing safety concerns and objections from local Native American tribes.

A grizzly sow and cubs near Fishing Bridge in Yellowstone National Park.

Anyone recreating outside in the bear country is reminded to take appropriate precautions such as traveling in groups, carrying bear spray and making noise while hiking.