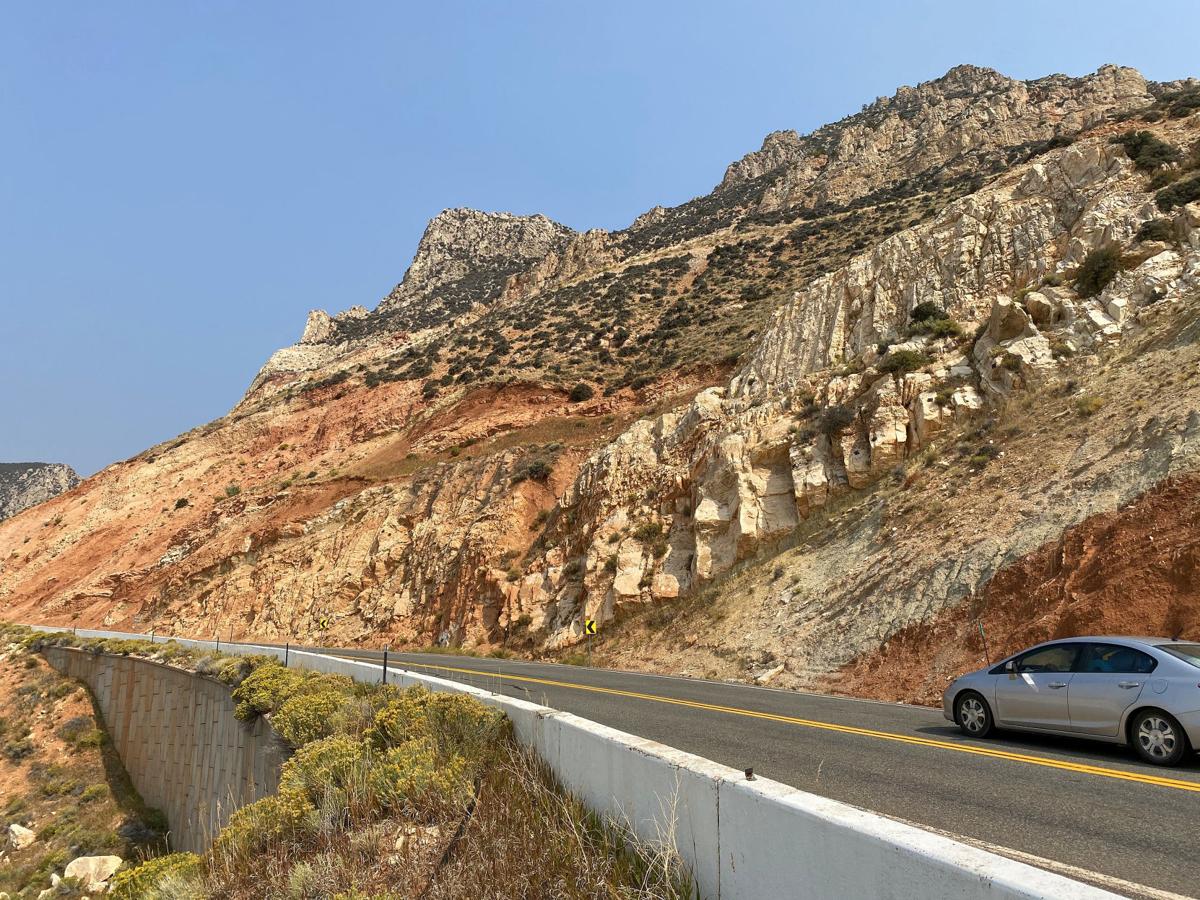 Highway 14A climbs quickly up the west side of the Big Horn Mountains in Wyoming, providing vast views of the basin below along with some stomach-churning drop-offs for those who are a bit queasy. 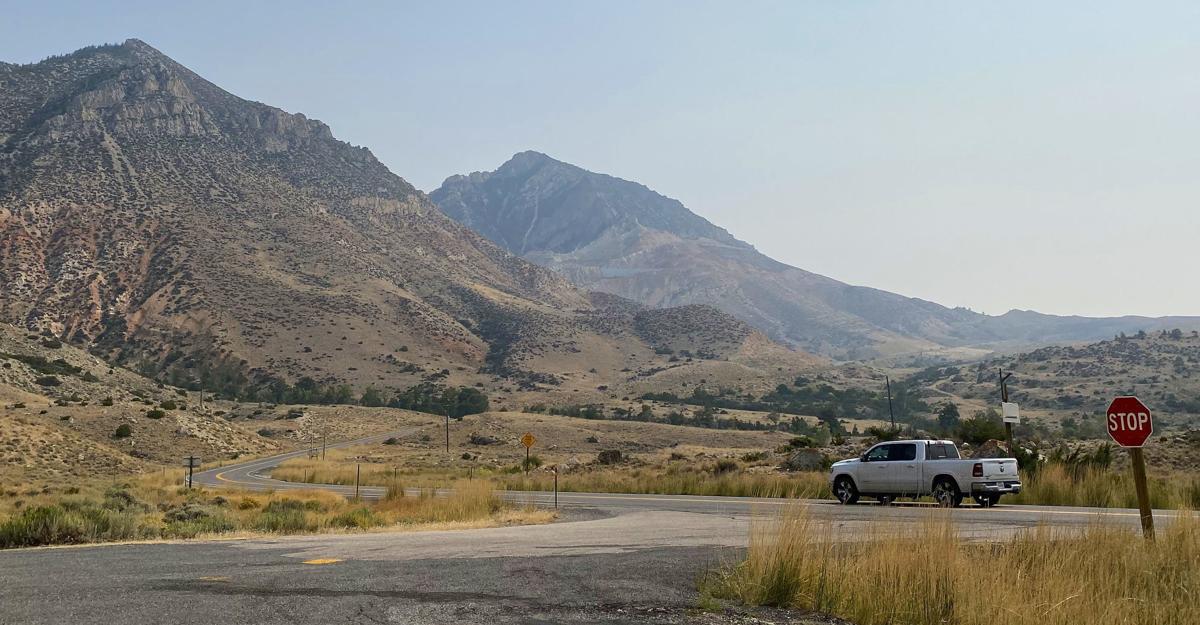 Highway 14A begins climbing up the Big Horn Mountains about 21 miles southeast of Lovell, Wyoming. The road goes up the side of the second peak in the background.

One of the most spectacular drives in the region is Highway 14A, which crawls up the northwest side of Wyoming’s Big Horn Mountains.

The highway, also known as the Medicine Wheel Passage Scenic Byway and the old Dayton-Kane Highway, climbs to 9,430 feet as it winds its way up the mountains — one of the highest routes in the state. Because of the elevation and steepness of the road, it is closed in the fall after the first heavy snow.

A route was first carved up the peaks in 1912 by Big Horn Basin settlers, according to the Wyoming State Highway Department. They used the road to carry salt to livestock that were grazing on the upland pastures in summer. It wasn’t until 1967 that improvement to the road was undertaken. The entire project, a 52-mile stretch from Burgess Junction on top of the mountains to the Bighorn Reservoir Causeway, wasn’t completed until 1983.

The scenic byway portion of the road is a 27-mile section. Several turnouts along the way provide information on the road’s construction, as well as the history of the Big Horn Basin and wildlife found in the region.

The road doesn’t begin climbing until drivers are about 22 miles outside of Lovell. Then in about seven miles of switchbacks the highway ascends from an elevation of 5,700 feet to 8,300 feet. At about mile 10 from the bottom drivers reach Bald Mountain Campground if they want a place to stay overnight. At the base on the east side is Five Springs Campground.

Several forest roads peel off from the highway in this stretch. Hiking trails can also be found, in addition to access points if you would like to fish the North Tongue River. At this time of year the aspen are beginning to change, bull elk are bugling and the weather can vary from hot to downright chilly. So come prepared for all conditions and consult Wyoming’s travel map to ensure the road hasn’t been closed by snow.

Snow and cold are usually the perfect pair for big game hunters, but a little too much of both kept hunters home and elk and deer out of the crosshairs in the Bitterroot Valley on the opening weekend of big game season.

Research: Some Wyoming toads can clear themselves of deadly fungus

Their actions come with risks — toads don’t actually like sun exposure, and open areas increase possible predation by hungry crows or coyotes — but they seem to have calculated possible death is worth it.

Highway 14A climbs quickly up the west side of the Big Horn Mountains in Wyoming, providing vast views of the basin below along with some stomach-churning drop-offs for those who are a bit queasy.

Highway 14A begins climbing up the Big Horn Mountains about 21 miles southeast of Lovell, Wyoming. The road goes up the side of the second peak in the background.