Montana could join other states in allowing hunters to take snow and Ross’s geese in the springtime under a proposal currently before the Montana Fish and Wildlife Commission.

In 1999 the U.S. Fish and Wildlife Service passed regulations allowing states in the Central Flyway to adopt expanded hunting methods for snow and Ross’s geese due to swelling populations and concerns over Arctic nesting grounds. Under the federal conservation order, states in the flyway may allow springtime hunts with very liberal regulations in an effort to reduce populations. Now for the first time, the Montana Fish and Wildlife Commission is considering such a hunt in the eastern part of the state that includes the Central Flyway, and is asking for the public’s feedback.

Because the Migratory Bird Treaty Act limits traditional hunting seasons to 107 days, describing the take of geese under the light goose conservation order sometimes requires some verbal gymnastics as state and federal officials avoid use of terms such as “hunt” or “hunting season” that have specific legal meanings.

But for those outside of the regulatory framework, for practical purposes Montana’s commission is considering a spring season from March 1 to May 15 in the Central Flyway covering roughly the eastern half of the state. The Pacific Flyway to the west does not have a conservation order in place.

The proposal calls for some liberalized regulations from traditional hunting seasons including no bag limits; shotguns need not be plugged to limit hunters to three shots; and hunting could occur from a half hour before sunrise to a half hour after sunset. Hunters would need to obtain a free light goose conservation order license but state and federal licenses or waterfowl stamps are not required. Electronic calls, baiting and lead shot would still be prohibited.

Bob Sanders is the manager of Montana conservation programs for Ducks Unlimited and said the conservation order has been on his organization’s radar for a number of years. The Arctic is critical nesting grounds for not only snow geese but many bird species. It is also a fragile environment susceptible to damage at that time of year.

“Because of modern agriculture, snow goose populations have gone up quite a bit,” he said. “So as the populations have gotten bigger and bigger these spring seasons have become a common way to increase harvest and try to bring them back to sustainable levels. DU as a whole has been very supportive of the (spring) snow goose management seasons. It’s definitely something we think will be beneficial for the long term for the habitat and to have a healthy population.”

Despite the regulation changes, limited numbers of geese in the spring and a state law banning electronic calls could make the hunt particularly challenging.

“They can be extremely tough to hunt, so you’re talking very large decoy spreads as they get more and more educated migrating up from the south through other states with these management seasons,” Sanders said.

North Dakota, which falls entirely in the Central Flyway, has offered hunting under the conservation order for two decades. Mike Szymanksi, migratory bird management supervisor for North Dakota Game and Fish, said participation and success in his state can vary from year-to-year based on conditions that affect the northern migration.

“It depends a little bit on the spring on how successful it is per se,” he said. “Sometimes we have years where it’s pretty dry and the geese move through pretty fast, and some years they’re around quite a while, and some years it’s just too wet to get around.”

In good years North Dakota may see 1,000 hunters but average is closer to 800, Szymanksi said. He agreed that big decoy spreads are important but noted that his state allows electronic calls that aid significantly in hunter success. Some hunters also have luck pass shooting during bad weather with high winds, he added.

“I’d just say for Montana that it takes people a couple of years to get things figured out, so I wouldn’t judge what happens based on the first year,” Syzmanski said. “Springs vary so much with the migration.”

To comment on the 2022 light goose conservation order go to www.fwp.mt.gov.

The Montana Fish and Wildlife Commission will accept public comment until 5 p.m. Nov. 22 and make a final decision at its December meeting. 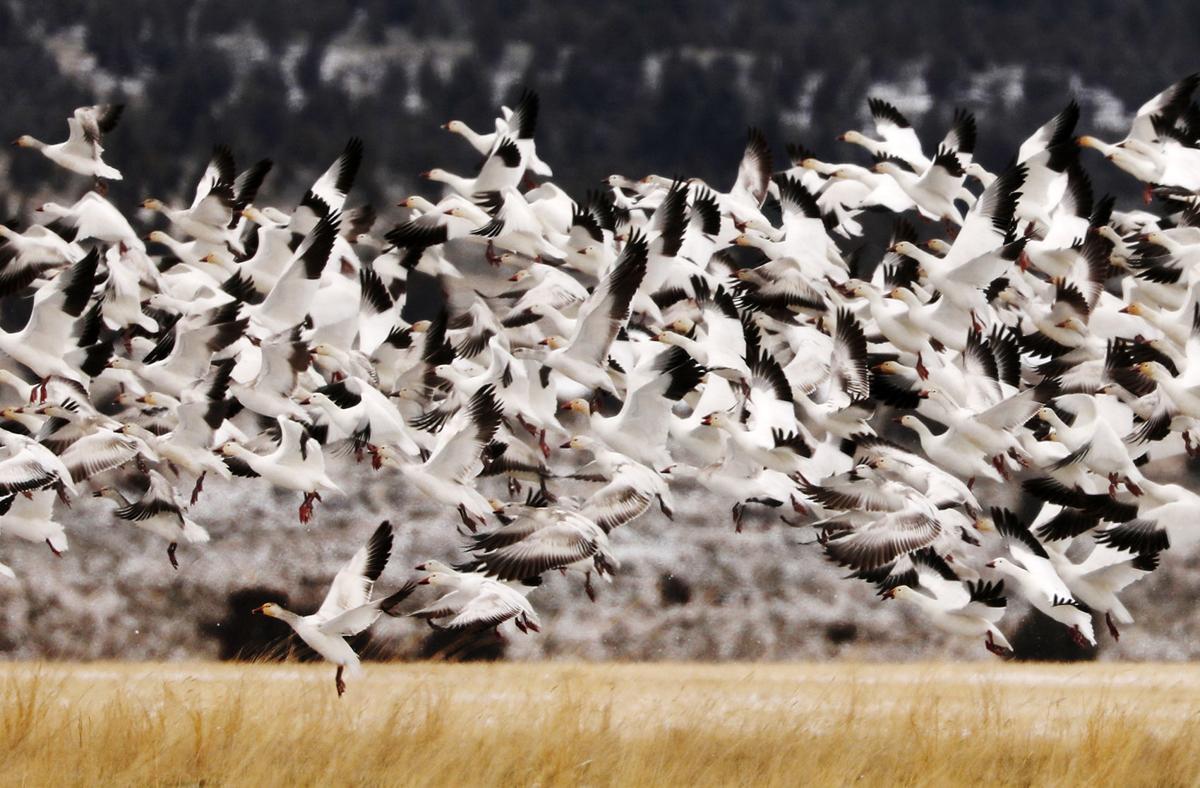 A flock of snow geese take off from a field in this Montana Standard file photo. The Montana Fish and Wildlife Commission is considering a spring light geese "hunt" as part of a federal conservation order aimed at reducing populations. 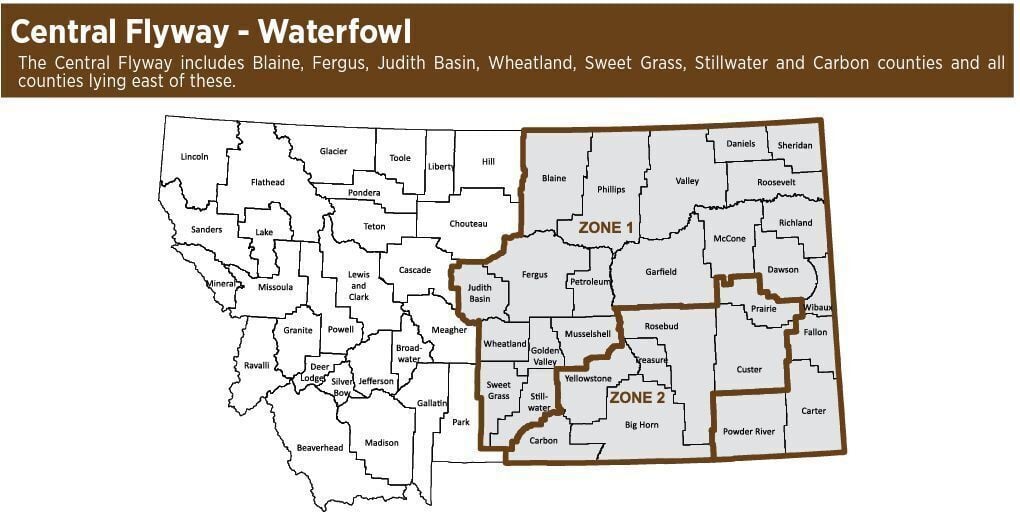