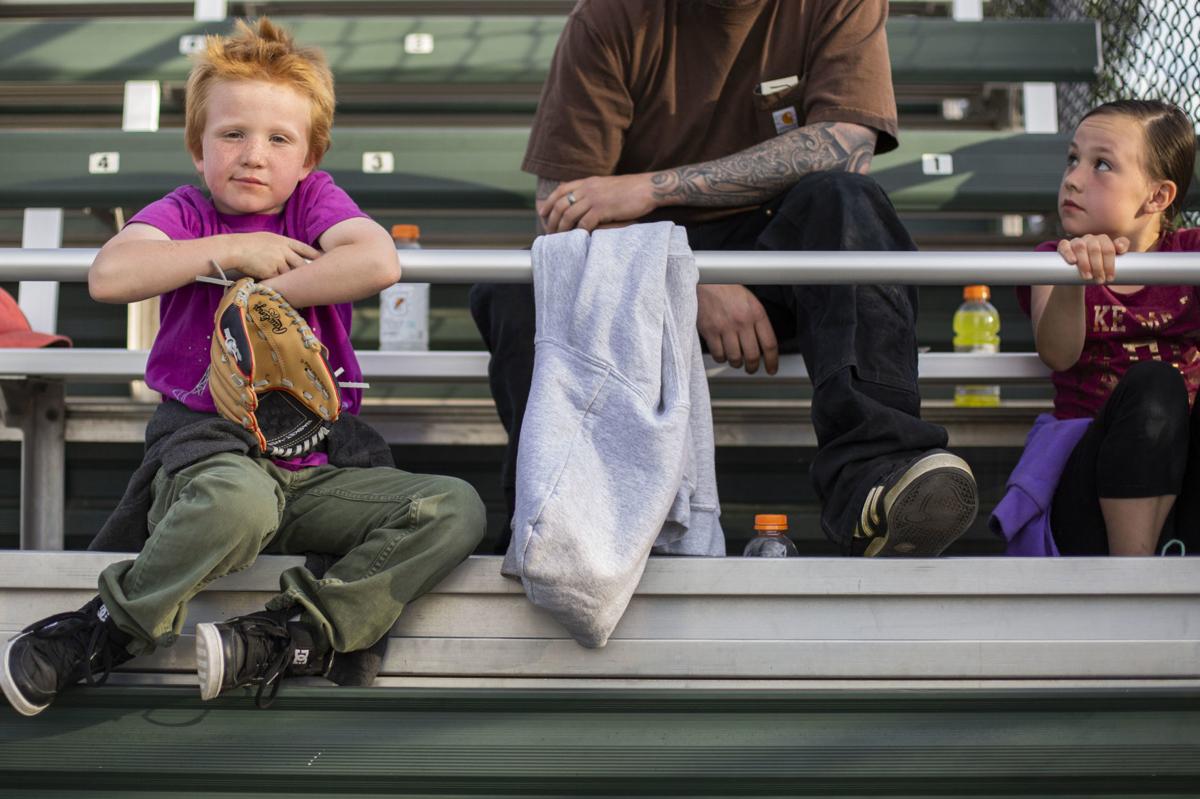 Fred Abel, 6, sits in the stands while holding a glove at Mike Lansing Field during a Casper Horseheads game last season in Casper.

Casper Horseheads co-owners Chuck and Myra Heeman already invested time and energy into making this summer’s Expedition League season a memorable experience for fans flocking to Mike Lansing Field. That was the case as they navigated starting the team’s third season and heightened when they earned the bid to host the league’s two-day all-star festivities.

They remain optimistic that a years-worth of preparation won’t get filed away into the annals of history like the rest of the sports world has over the past two weeks of public-space precautions taken during the ongoing coronavirus pandemic. The team’s office continues to hum with phone calls and emails to ensure the league’s opening day doesn’t change. Two months out — with no guarantee.

“We’re watching what MLB and MLS and other leagues are doing and they’re all targeting mid-May to get on the field,” Chuck told the Star-Tribune recently. “Based on what we know, we’re still planning on starting May 26.”

Officials, however, have reassessed their options daily. Due to the unique circumstances of the pandemic, Expedition League front office executives have continually taken local, state and federal safety instructions. Since Major League Baseball has heeded the Center for Disease Control and Prevention officials’ advice for the season to start close to Memorial Day, officials at the still-budding league have planned to follow suit. Heeman and others have thrown optimism at that opening date because a full-length season brings importance for all parties involved.

First, there’s the economics. The Horseheads are one of the founding teams of the Expedition League, which opened its doors in the summer of 2018. It’s taken that long for teams to build trust in their communities and lay foundations for both fans and business partners. Losing a portion of the season would cut into revenue.

“We’re a family-owned business,” Chuck said. “We’re not the majors and we can’t stand not playing. We’ve got a lot in on this thing.”

The Heemans planned the two-day all-star festivities — which includes the league’s all-star game and accommodating fanfare — to showcase Casper’s strengths. It would not only bring a boon to the Horseheads but also Casper’s tourism revenue. Heeman conceded that if the season’s start is eventually delayed he still plans to host the all-star events.

“It’s really important to us and, being a small business, we need to be as open as we can,” Heeman said. “We’ll persevere if the very worst happens.”

Of course, there’s also the issue of the players themselves. The NCAA’s decision to cancel spring sports championship events orphaned college baseball players without a season. Summer league ball, like the Expedition League, would be their only chance to play in front of college coaches, professional scouts or even just for the love of the game.

The Expedition League has increased roster sizes from 30 to 33 to accommodate more players. Heeman stated that the Horseheads have already filled their roster.

“We have such great relationships with college coaches around the country and they love to help us,” Wagner explained. “I think this will be a big plus for them since we’ve established relationships with pro scouts. We’ve been much more proactive with that this year. That will be significantly enhanced this year.”

Wagner and Heeman both acknowledged the economics to staying viable as an individual team, and a league in general, during a time of social distancing. Heeman said they must remain optimistic, commenting how public restrictions have been reduced in China and South Korea (although both of those countries were more proactive in their responses to the coronavirus).

Economics aside, this Expedition League season gives 330 collegiate players a chance to salvage some form of baseball in 2020. And that’s been a cause worth fighting for.

“Everyone is chomping at the bit to hear the crack of the bat,” Wagner summarized.

EFFORT: The Casper Horseheads, hosts of the 2020 Expedition League All-Star Game, continue to operate as if the season will start on its scheduled opening day -- May 26.

PLAY: With the NCAA's cancellation of the spring sports seasons, summer baseball leagues like the Expedition League give players their only chance to salvage a baseball season.

HE SAID IT: "We're a family-owned business. We're not the majors and we can't stand not playing. We've got a lot in on this thing." -- Casper Horseheads co-owner Chuck Heeman.

The Major League Baseball players union has discussed beginning the season by playing games without fans in ballparks just to expedite a return to normalcy, Los Angeles Angels pitcher and union representative Andrew Heaney said Tuesday. "Baseball really shows why it's the national pastime in situations similar to this, in difficult times," he said in a conference call from his home in Edmund, ...

CHICAGO (AP) — Ed Farmer, an All-Star reliever who spent nearly three decades as a radio broadcaster for the Chicago White Sox, has died. He was 70.

SYRACUSE, N.Y. (AP) — Former Syracuse football coach Frank Maloney, who succeeded the winningest coach in school history when the program was in decline, has died. He was 79.

Paul Sullivan: From passing beers down the row to throwing back home-run balls, these new rules may be necessary when fans return to ballparks

For decades we've heard the familiar chant emanating from the Wrigley Field bleachers whenever a fan catches a home-run ball hit by the visiting team. "Throw it back. Throw it back."

Fred Abel, 6, sits in the stands while holding a glove at Mike Lansing Field during a Casper Horseheads game last season in Casper.