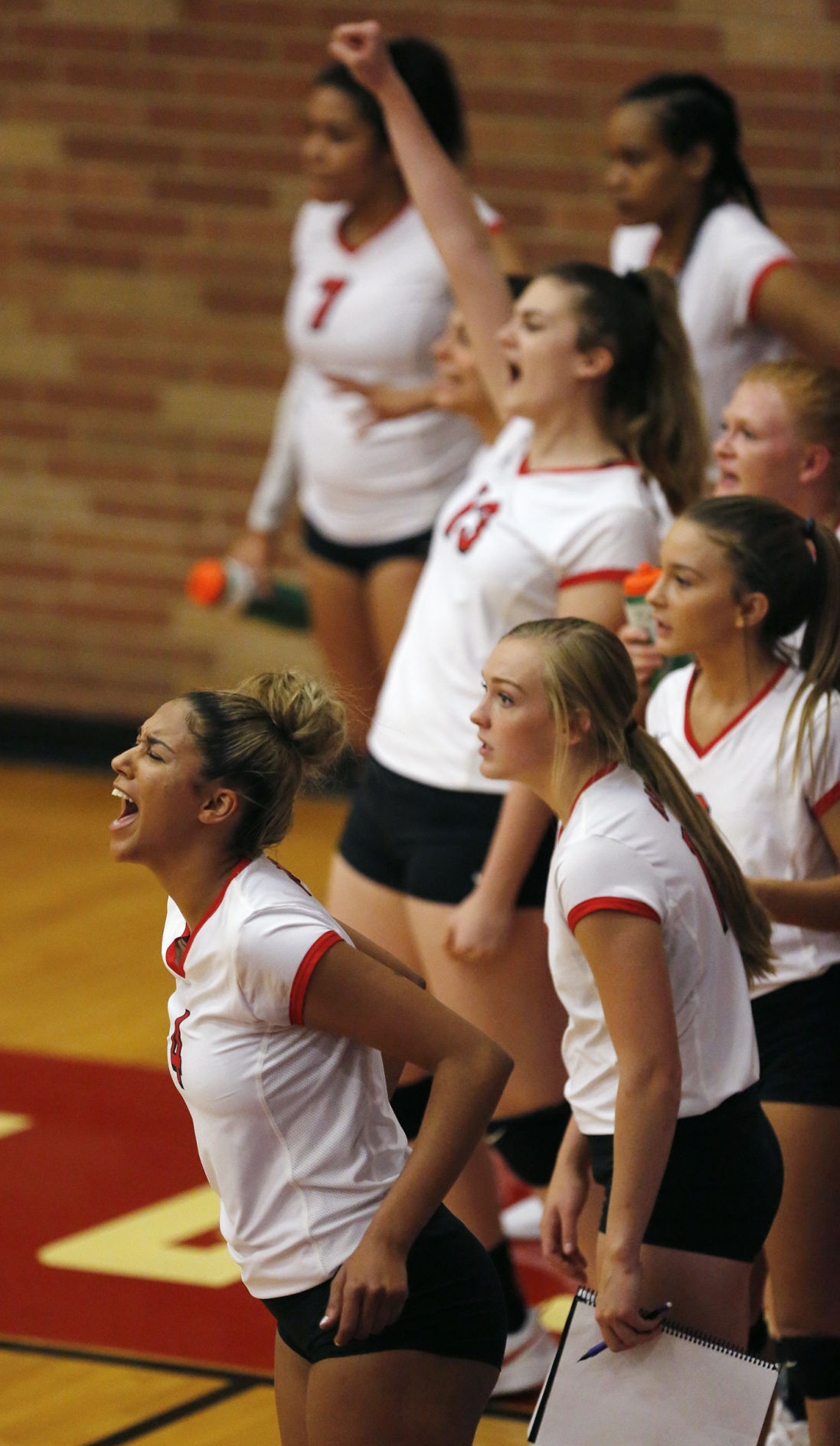 Casper College volleyball players cheer on their teammates from the sidelines during their game against Northeastern Junior College on Aug. 23, 2018 at Swede Erickson Thunderbird Gym. 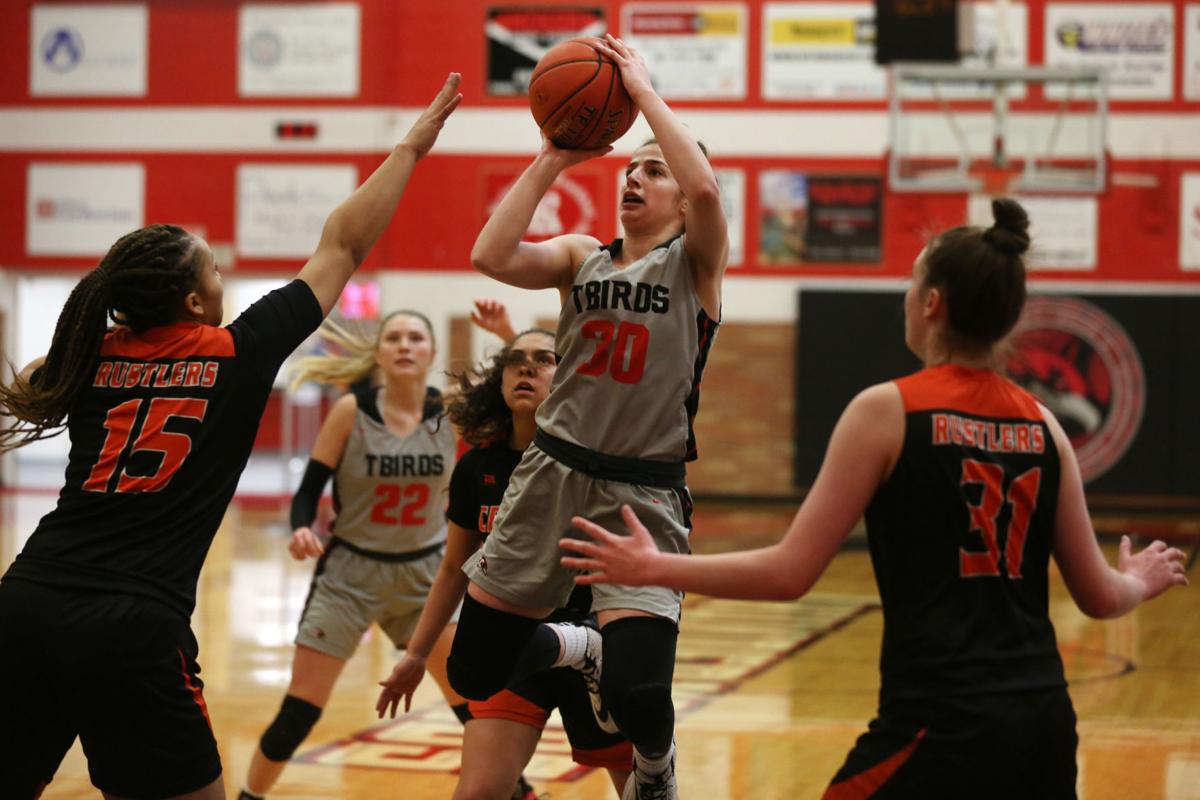 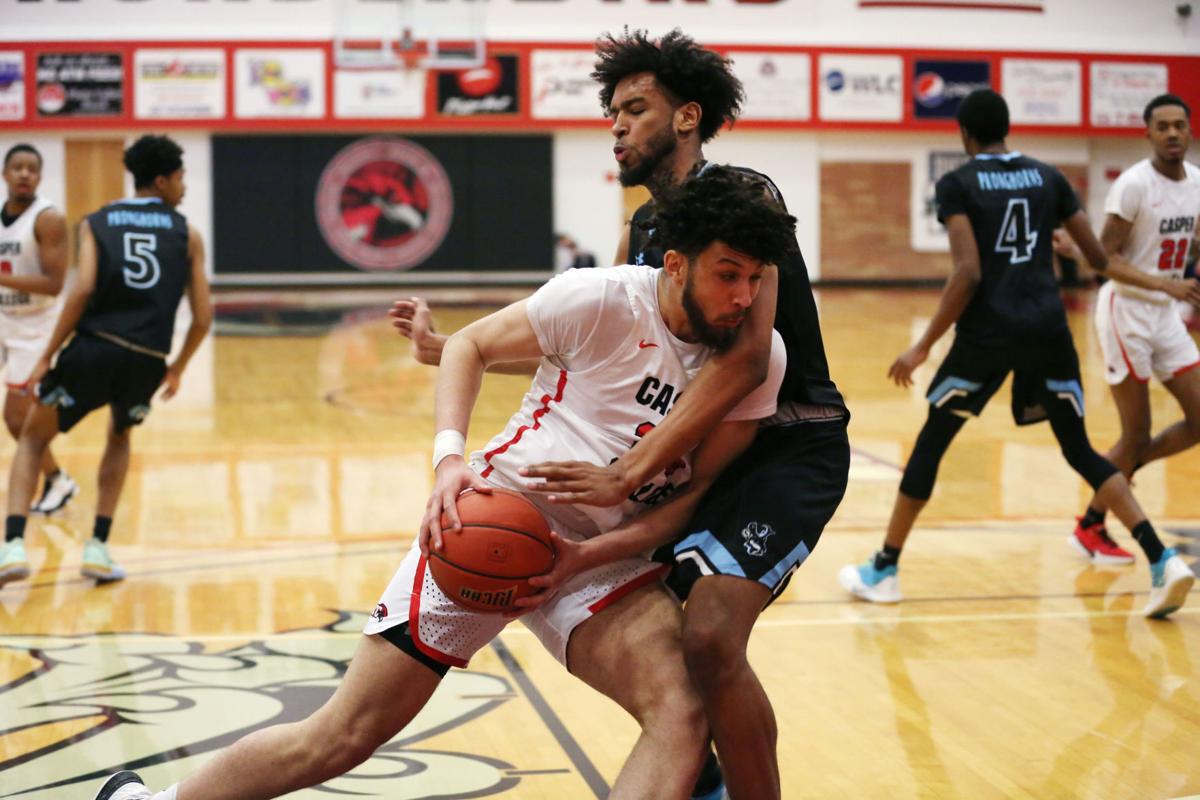 Monday’s decision by the National Junior College Athletic Administration to move all NJCAA Division I fall sports other than cross country to the spring created new challenges for Casper College’s athletic department.

The move is a result of the ongoing coronavirus pandemic that led to the cancellation of all team sports at the college level beginning in mid-March.

The Thunderbirds have fielded teams in volleyball and men’s and women’s basketball for years, and added men’s and women’s soccer to the mix this year. Prior to Monday’s decision, both soccer programs were scheduled to begin play in mid-August while on the Casper College website the volleyball team listed a match against Western Nebraska Community College on Sept. 1. Both basketball teams were expected to begin competition in late October.

“First and foremost, we’re optimistic and positive,” said Paul Marble, who took over as the Casper College athletic director on Monday. “We feel like the future is going to change and things are going to be better and we’ll be back to normal at some time.”

Until then, however, there will be hurdles to overcome.

Scheduling presents the biggest challenge, although a proposed plan of action released by the NJCAA on Monday gives schools guidelines to work with. Soccer teams are allowed to play 14 games from April 2-May 24, volleyball teams are allowed 21 matches (Jan. 29-April 3) and basketball teams will play 22 games (Jan. 22-April 10). In addition, soccer, volleyball and basketball teams all have 60 consecutive calendar days for practices and scrimmages this fall.

The limited number of games – the basketball teams each played more than 30 games last season – actually works out in Casper College’s favor after both Gillette College and Sheridan College cut their athletic programs last month.

“Losing Gillette and Sheridan was going to make it really hard to fill a 30-game schedule,” Casper College women’s head basketball coach Dwight Gunnare said, “so it will now be a little easier to overcome that. We’ll play 10 games for North sub-region seeding purposes and then we’ll have to fill in the other 12 games. Shortening the season couldn’t have come at a better time.”

“This provides our kids academically with the opportunity to really hit the ground running and take advantage of the situation,” men’s head basketball coach Shaun Gutting said. “They can focus on their grades to help them go to Division I.”

Under normal circumstances, longtime volleyball coach Angel Sharman would be preparing to welcome her team to campus next month, with just two weeks of practice to get ready for the season opener. This year she doesn’t have those constraints.

“One benefit is that we do get to practice in the fall so we have more time with the girls,” she said. “I’m excited about that because we’ll get to do more things and be a little bit more prepared. I think you’ll see better volleyball in the spring just because teams will have time in the fall to get their kids where they need to be.”

And while Ammon Bennett is disappointed he won’t get to unveil the school’s inaugural women’s soccer team next month, he expects the extra practice time to allow for more team bonding as well as a better quality of play in the spring.

“The blessing is that with a new team we now have time to get to know each other, which you don’t always have a chance to do,” he stated. “We have more time to get these kids on the same page.”

MONDAY: The NJCAA announced that it was moving all fall sports to the spring.

SCHEDULING ISSUES: Casper College coaches and administrators now have to figure out the schedule for the T-Birds' athletic programs.

BUSY FALL: The T-Birds' soccer, volleyball and basketball teams all have 60 consecutive calendar days for practices and scrimmages this fall.

SHE SAID IT: "I think you’ll see better volleyball in the spring just because teams will have time in the fall to get their kids where they need to be.” -- Casper College volleyball coach Angel Sharman.

Cowboys will play Aggies on the road before hosting Runnin' Rebels.

The Cowboys' spring game is tentatively scheduled for May 8.

UW hasn't played since Feb. 13 and may not play again until next month's Mountain West Tournament.

The chance to get closer to a place and people he's all too familiar with convinced the Cowboys' new offensive line coach to leave the NFL.

The No. 7 Casper College women's basketball team outscored Western Wyoming Community College by a combined 45-12 over the second and third qua…

Wyoming 174-pounder Hayden Hastings is No. 7 in latest wrestling rankings

University of Wyoming redshirt junior Hayden Hastings is No 7 in the latest coaches rankings for the NCAA Division I Wrestling Championships. …

Cowboys's wrestlers are mixing longtime strength exercises with an altered approach in the weight room.

Casper College volleyball players cheer on their teammates from the sidelines during their game against Northeastern Junior College on Aug. 23, 2018 at Swede Erickson Thunderbird Gym.