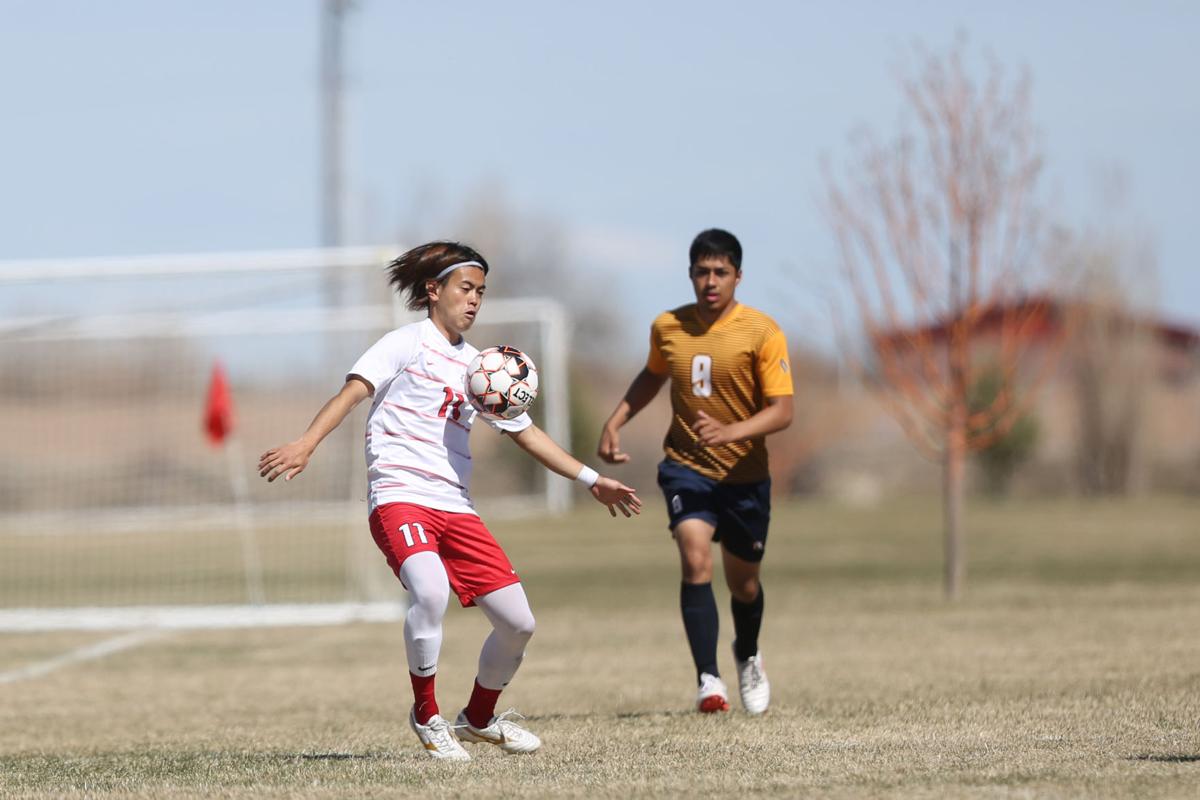 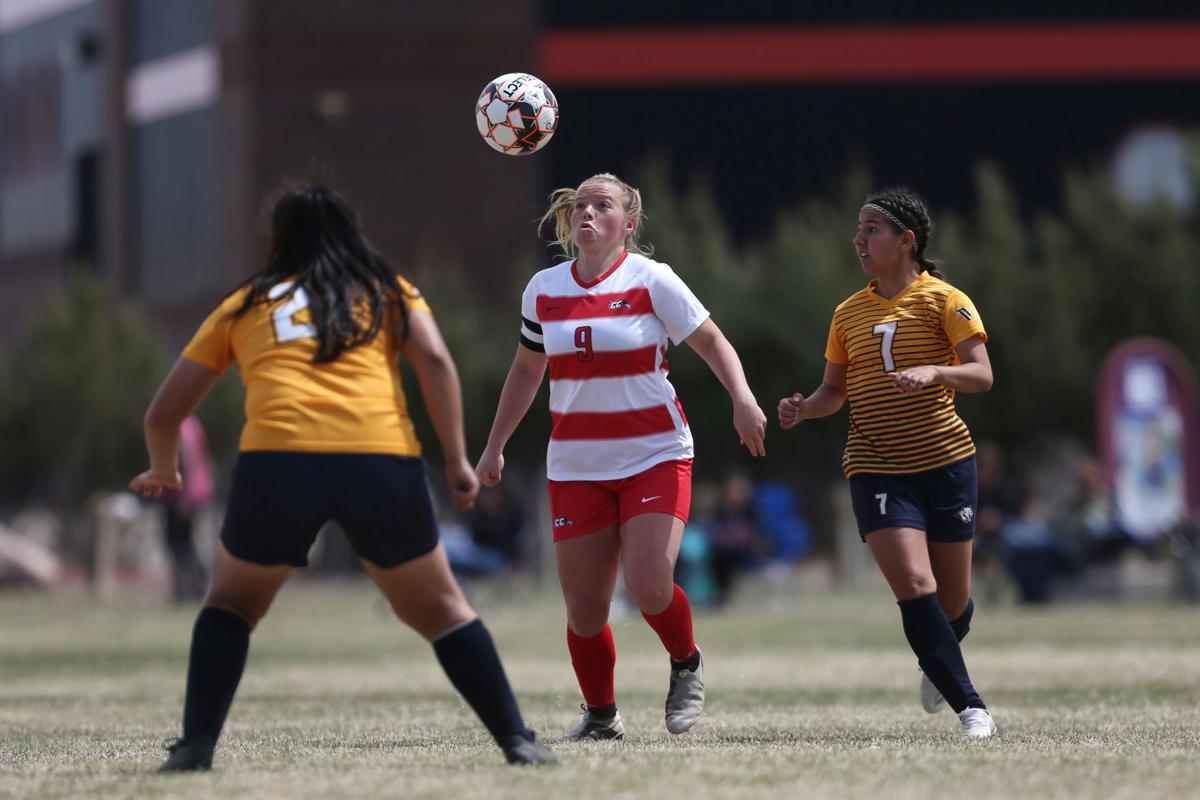 Casper College's Sydney Hiatt looks to control the ball during the T-Birds' game against Western Nebraska Community College on April 28 at the North Casper Soccer Complex.

The women’s team is 4-0-4 since a 2-0 defeat at Laramie County CC on April 10. Freshman Sydney Hiatt continues to pace the T-Birds with nine goals, followed by Sophia Henely and Abigail Tapia with three apiece. Sophomore goalkeeper Karla Gaytan (Worland) has seven shutouts on the season and is seventh in the country with a .896 save percentage.

The men’s team (9-1-0) has won seven consecutive games and has already clinched the top seed for the upcoming Region IX tournament.

The T-Birds are No. 10 in the junior college ranks with 33 goals on the season and No. 8 with 30 assists. Jesper van Halderen leads a balanced offensive attack with seven goals, followed by Kevin Tauzia with four, Keita Chochi, Jack Pascoe, Danny Diaz (Natrona County) and Cristian Gonzalez with three.

Freshman keeper Konnor Macy (Worland) has a 0.66 goals against average in seven starts and has a save percentage of .879, which is 10th in the country.

Both Casper College teams conclude their regular seasons Tuesday when they host Northwest College at Murane Field. The women’s game kicks off at 1 p.m. followed by the men’s game at 3:30 p.m.

Ragsdale becomes fifth T-Bird to sign with a four-year school.

Casper College's Sydney Hiatt looks to control the ball during the T-Birds' game against Western Nebraska Community College on April 28 at the North Casper Soccer Complex.