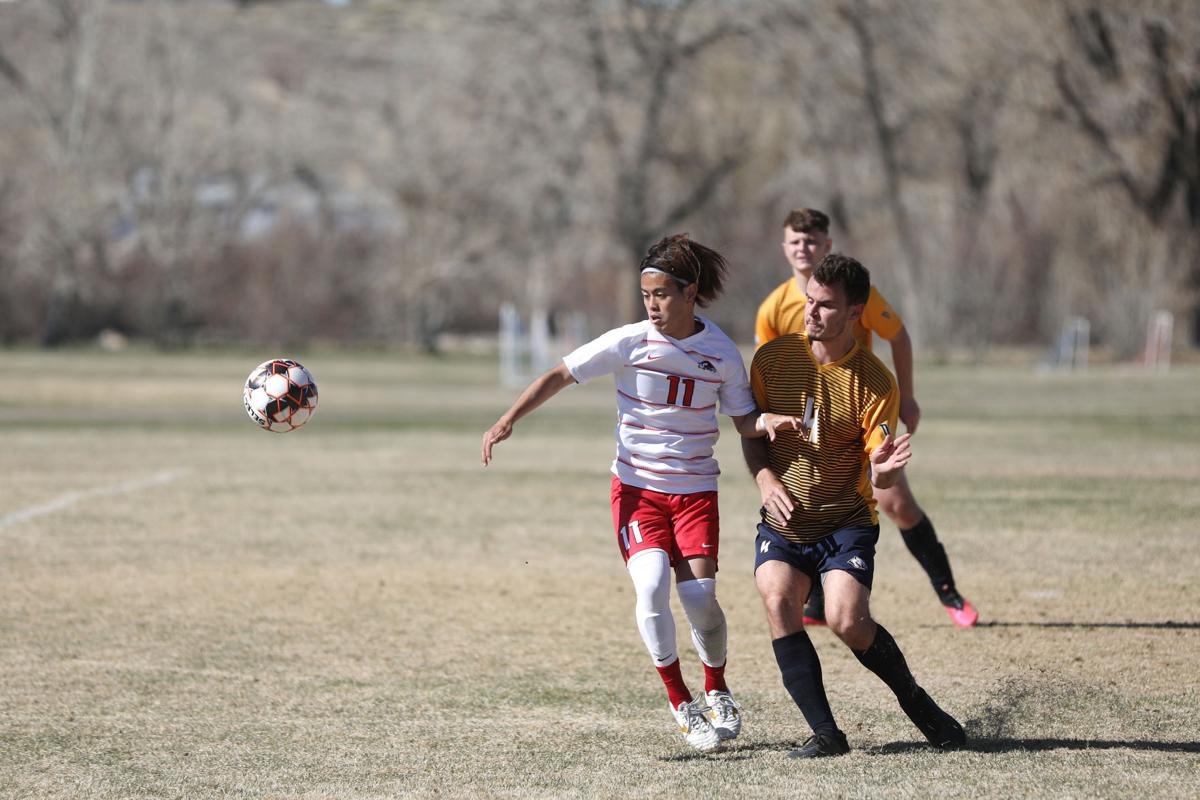 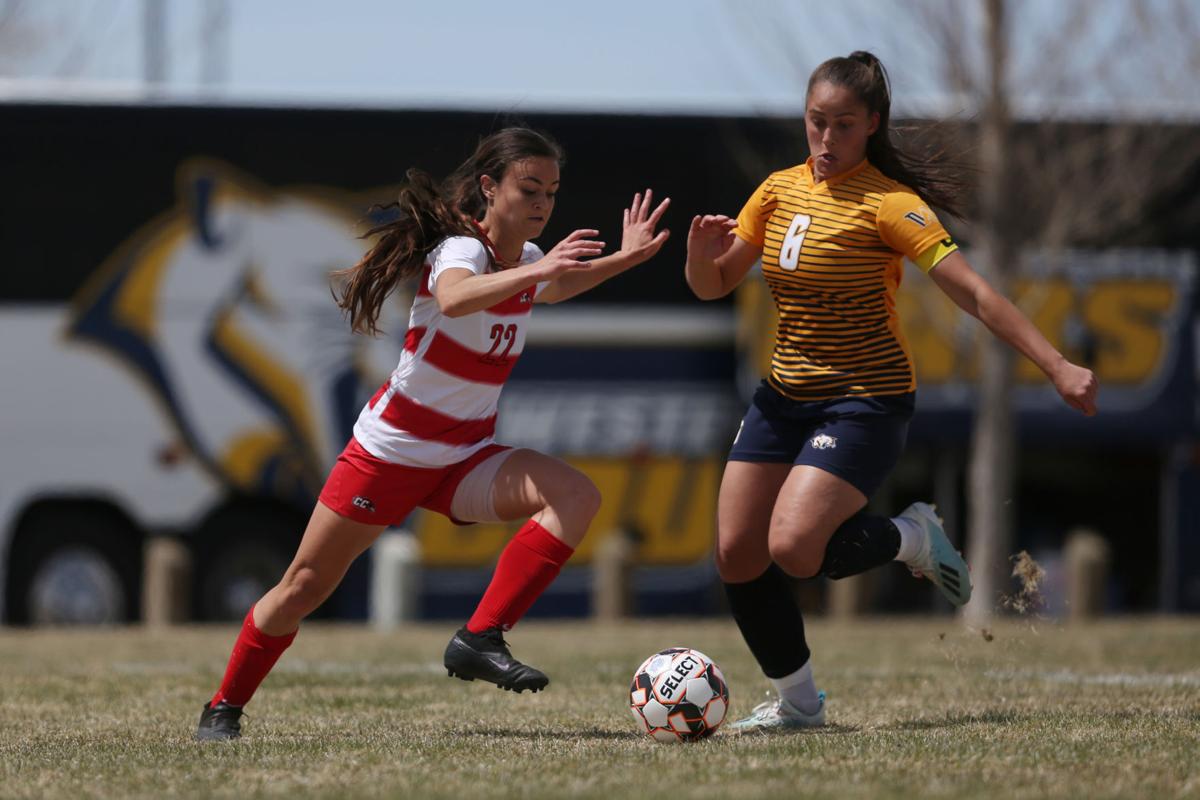 Casper College's Ashley Sanchez rushes to steal control of the ball from Raquel Ferreira of Western Nebraska Community College during their game Wednesday at the North Casper Soccer Complex.

The Casper College soccer teams completed a 4-0 weekend with back-to-back shutouts of Central Wyoming College on Sunday at the North Casper Soccer Complex.

With its 4-0 victory, the 15th-ranked men’s team (8-1-0, 6-1-0 Region IX) clinched the No. 1 seed for the Region IX tournament later this month. The T-Birds will host the No. 8 seed on May 15, with the winner advancing to the semifinals. Following the quarterfinal games, the highest remaining seed will host the semifinals and the championship game.

“Obviously, I don’t know who we play yet,” Casper College head coach Ben McArthur said, “but I like our chances.”

Keita Chochi opened the scoring for the T-Birds in the opening minutes and Jack Pascoe made it 2-0 after securing the ball in the box following a corner kick.

“There was kind of a scrum in front of the net, and Jack was there to slam it in,” McArthur said.

The T-Birds added two goals in the second half. The first came on a penalty kick from Jesper van Halderen after he was taken down in the box. Van Halderen later notched his team-leading seventh goal of the season to cap the scoring.

“Our back line was tremendous,” McArthur said. “(Freshman defender) Victor Hugo and Konnor Macy did a great job all game.”

The women’s team got things started with a 3-0 victory over the Rustlers for their third consecutive shutout. The T-Birds (5-2-3, 3-1-3 Region IX) also extended their unbeaten streak to six games.

Freshman forward Ashley Sanchez (Kelly Walsh) gave the T-Birds a 1-0 lead with her first goal of the season off an assist from Sydney Hiatt. Abby Tapia made it 2-0 off an assist from Madeline Hernandez, who capped the scoring with an unassisted goal. Sophomore goalkeeper Karla Gaytan (Worland) had her third clean sheet in a row and her sixth shutout of the season.

T-Birds' goalkeeper Karla Gaytan had five saves for her fifth shutout of the season.

The Casper College women's soccer team snapped a four-game winless streak with a 3-0 win against Otero Junior College on Saturday at La Junta,…

Casper College's Ashley Sanchez rushes to steal control of the ball from Raquel Ferreira of Western Nebraska Community College during their game Wednesday at the North Casper Soccer Complex.