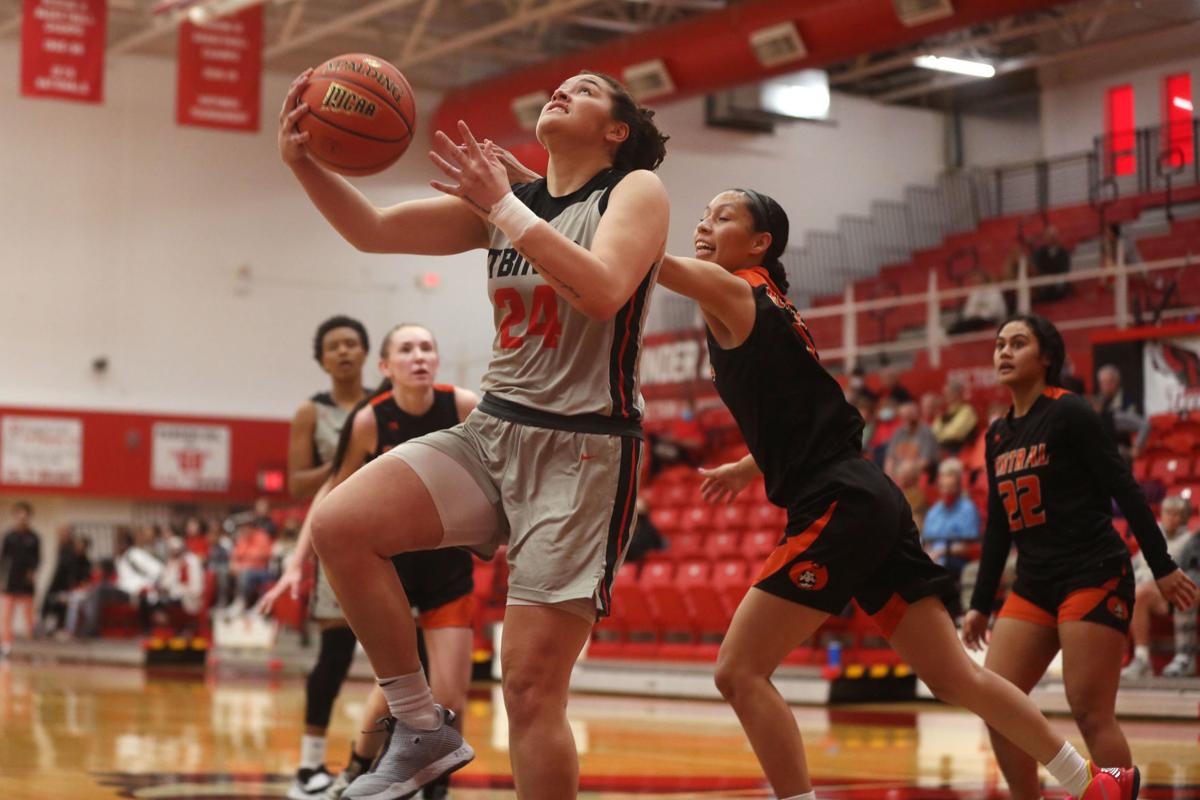 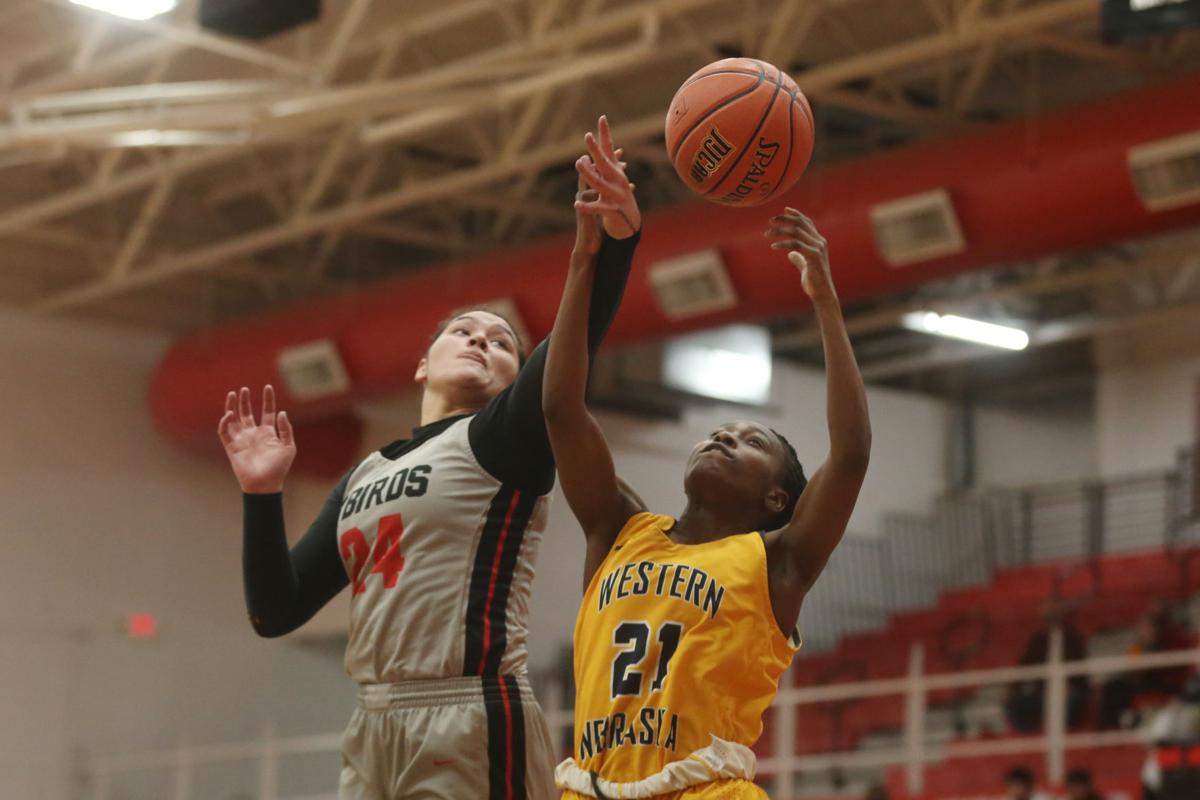 When the Northern Wyoming Community College District made the decision last June to cut the athletic programs at both Gillette College and Sheridan College as part of a cost-cutting move, a number of student-athletes at the two schools were left wondering what their next move would be.

Kobe King-Hawea, who had been had earned junior college All-American honors playing for the Gillette College women’s basketball team last year, was soon on every team’s radar. The New Zealand native had averaged 20.5 points and 7.3 rebounds for the Pronghorns and was already drawing Division I interest.

“The whole situation at Gillette was so heartbreaking,” King-Hawea said, “not just for me, but for the whole community. But I wanted to stay in Wyoming because I’ve developed a love for the state. I don’t like the snow, but you can’t beat the people because they’re so welcoming.”

So King-Hawea decided to take her talents south 128 miles to Casper College. The Thunderbirds were the defending Region IX champs and had won nearly 80% of their games during head coach Dwight Gunnare’s 13 years on the T-Birds’ bench.

“What brought me here was Coach G and his history and success with women’s basketball,” King-Hawea stated. “He’s very knowledgeable and I knew I would learn a lot from him.”

King-Hawea proved to be a perfect fit for a team that returned just two starters — guards Natalia Otkhmezuri and Marija Bakic — and three players from last year’s team that won its final 15 games before the National Junior College Athletic Association Division I Championships were canceled because of the coronavirus pandemic.

With King-Hawea joining Otkhmezuri, Bakic and sophomore Kammie Ragsdale, along with a talented group of freshmen and sophomore transfers the T-Birds won their first 22 games and finished No. 3 in the final NJCAA Top 25 rankings. Despite an 84-79 overtime loss to Otero Junior College in the Region IX championship game on April 10, the T-Birds earned an at-large bid to the NJCAA Championships. Casper College, seeded No. 8, opens play Tuesday against the winner of Monday’s game between No. 9 Three River College and No. 24 Eastern Oklahoma State College.

“Kobe is an amazing team player,” Gunnare said. “She was one of the top scorers in the NJCAA last season and you would think there was some pressure to duplicate those stats. But I never saw her force things.

“I was thrilled to death to have her and she has exceeded my expectations in a lot of ways ... team chemistry, great attitude, great sense of humor.”

Added King-Hawea: “Everyone on the team welcomed me. We have so much talent and we learned very quickly how to play with each other.”

As for the dip in her scoring average from last year, King-Hawea offered a simple explanation.

“My numbers did look good at Gillette just because I was depended on and I needed to be that scorer and the leader,” she admitted. “But here we have so much talent that I don’t have to be the only one to score. I’m not upset with my numbers because we all share the stats.”

Otkhmezuri is the only other T-Bird averaging double-digit points at 14.9 per game, but four others average at least 8.1 points per game and 10 different players have at least one double-figure scoring game.

More than any other T-Bird, though, King-Hawea can be a matchup nightmare for opposing teams. She has the size to post up most guards and the quickness to get to the rim against bigger forwards. And on a team that leads the nation in 3-point shooting, she more than holds her own.

“We are a very, very good shooting team from outside the arc,” she said. “That was one aspect of my game where I had to get better and I developed that here.”

King-Hawea knows her time on the court with the T-Birds is limited. So she’s going to do what she can to keep the season alive at next week’s NJCAA Championships in Lubbock, Texas. It’s a state King-Hawea will call home, at least during the basketball season, beginning in the fall after signing with the University of Texas. The Longhorns, under first-year coach Vic Schaefer, advanced to the Elite Eight of the NCAA Tournament before losing to South Carolina.

“I liked Texas because the coaching staff wants to push me to be better as a basketball player and as a young female,” King-Hawea said. “I was following their journey and I was so impressed with how far they got. Let’s hope next season we can go further than that.”

First, though, King-Hawea wants to see how far she and the T-Birds can go next week.

SHE SAID IT: "What brought me here was Coach G and his history and success with women's basketball." -- King-Hawea, on playing for T-Birds head coach Dwight Gunnare.

The Casper College soccer teams completed a 4-0 weekend with back-to-back shutouts of Central Wyoming College on Sunday at the North Casper Soccer Complex.

T-Birds' goalkeeper Karla Gaytan had five saves for her fifth shutout of the season.

The Casper College women's soccer team snapped a four-game winless streak with a 3-0 win against Otero Junior College on Saturday at La Junta,…

Following the Ropin' and Riggin' Days Rodeo, the teams will compete at UW's Laramie River Rendezvous next weekend and then at the Colorado State University rodeo to close the regular season.