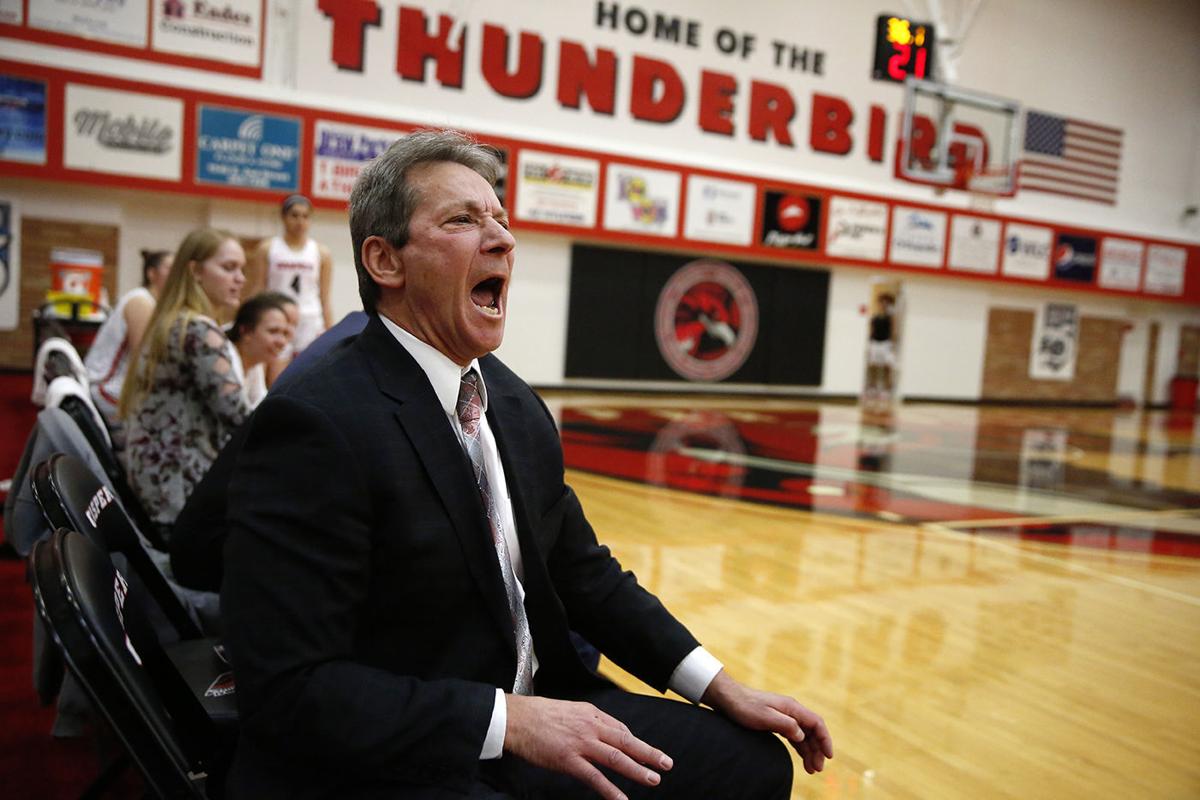 Casper College women's basketball coach Dwight Gunnare calls out to his players during their game against Central Wyoming College on Jan. 9. 2019 at Swede Erickson Thunderbird Gym in Casper. 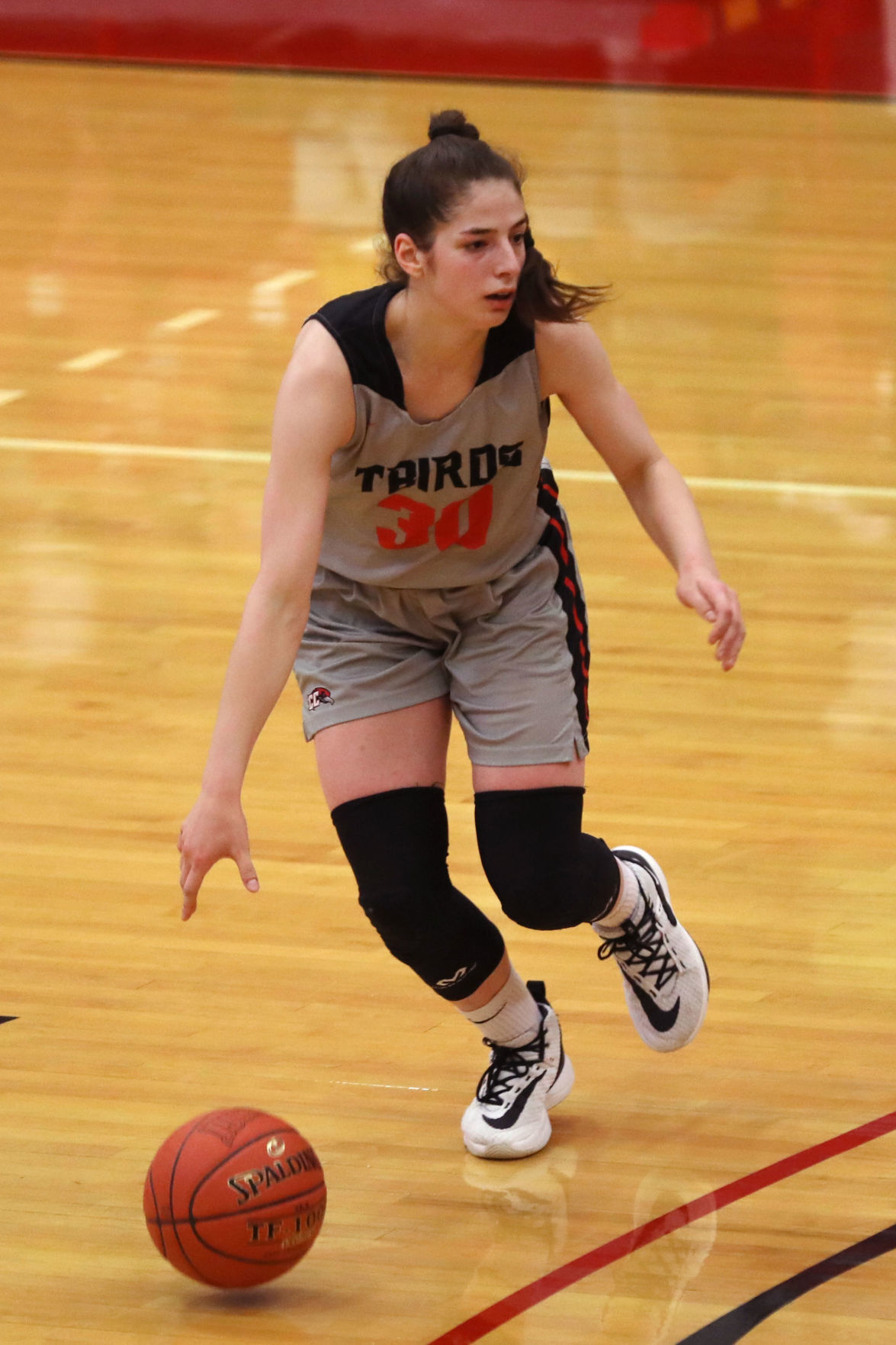 Casper College's Natalia Otkhmezuri looks for an opening in the T-Birds' game against Eastern Wyoming College on Jan. 22 at Swede Erickson Thunderbird Gym in Casper. Otkhmezuri is one of four sophomores expected to return for the T-Birds next season. 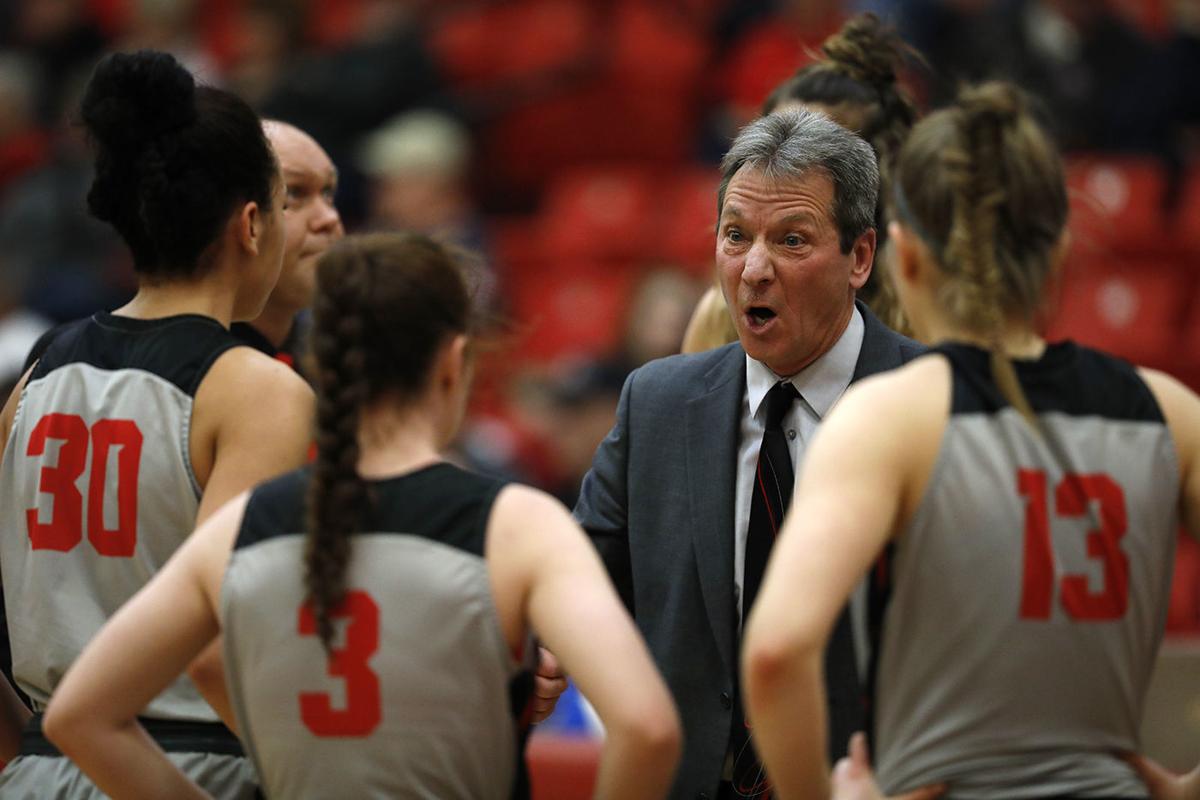 Casper College's women's basketball coach Dwight Gunnare talks with his team during a timeout in its game against Gillette College on Feb. 6, 2019, at Swede Erickson Thunderbird Gym.

It was only fitting that Dwight Gunnare walked off the court victorious in what proved to be the final game of the 2019-20 season for the Casper College women’s basketball team. In the Region IX championship game on March 7 at Swede Erickson Thunderbird Gym, the T-Birds knocked off No. 2 Western Nebraska Community College 66-64 to claim their second Region IX title in the past three years.

The victory was the 15th in a row for the T-Birds. Unfortunately, the chance to extend that streak was taken away by the coronavirus pandemic, which first postponed and then led to the cancellation of the National Junior College Athletics Association Division I Basketball Championships. Casper College (29-3) was seeded No. 13 in the 24-team bracket and was scheduled to play 20th-seeded New Mexico Junior College in the opening round of the NJCAA Championship.

While the novel coronavirus continues to overshadow everything in the sports world, the accomplishments of Gunnare and the T-Birds deserve recognition.

Gunnare, however, has taken that success to a new level. After taking over prior to the 2008-09 season following a successful stint at Miles Community College in Miles City, Montana, Gunnare’s T-Bird teams have gone 318-80 (.799 winning percentage) and won four Region IX championships.

While Gunnare credits the players for his success, assistant coach Nate Macy knows the T-Birds’ winning formula starts at the top.

“I have learned so much from him in how to take a program to the next level,” said Macy, who just completed his third season with the T-Birds. “Coaches are always asking me what our secret is and I just tell them it’s because we work harder. During the season, Coach Gunnare and I are in the office at 5:30 or 6:30 every morning breaking down film.”

But even those early morning film sessions couldn’t prepare Gunnare and Macy for the injuries the T-Birds had to overcome this season.

Redshirt freshman Madi Hieb (Gillette) and true freshman Morgan Schwindt (Glenrock, graduated from Natrona County) suffered season-ending injuries before the season began, and sophomore Bailey Johnson started the first two games before being lost for the season to a knee injury. And the hits just kept on coming for the T-Birds:

That left the T-Birds with eight healthy players for the Region IX Tournament. Heading into the opener against McCook Community College on March 5, Gunnare insisted that no matter the outcome he was proud of what his team had accomplished. The T-Birds got double-digit scoring from five players and rolled to an 82-55 victory.

The next night, in the semifinals against Otero Junior College, freshman guard Natalia Otkhmezuri had a game-high 25 points and the T-Birds never trailed in a 74-65 victory.

Otkhmezuri, a 5-foot-8 guard from Tbilisi, Georgia, led the T-Birds with 15.7 points per game and made 44.7 percent of her 3-point attempts to lead all of Region IX. In the championship game Otkhmezuri’s two free throws with just 3.6 seconds remaining proved to be the game-winning points.

“I knew that I would go to the rim,” Otkhmezuri said of the final possession. “The team’s future was on me, but I was confident.

“It was hard for us because we were missing a lot of players. We were a little bit afraid of that, but Coach Gunnare reminds us that we are a team. We won Region IX and that’s unbelievable.”

Given what the T-Birds had to overcome with injuries, maybe it was. However, considering who they had on the sidelines it was totally believable.

“I don’t think a lot of people would have scripted what took place,” Gunnare offered. “And to their credit they had no doubt. To play 32 games and to win 29 of those is pretty good. I’m very happy.

“I’m pretty sure there wasn’t a prouder coach that night than Coach Gunnare.”

LOOKING BACK: The Casper College women's basketball team won the Region IX championship and was seeded No. 13 in the NJCAA Division I Championships, which were canceled last week due to the coronavirus.

WINNING TOUCH: Head coach Dwight Gunnare led the T-Birds to a 29-3 record and improved to 318-80 with four Region IX titles  in 12 seasons.

Casper College women's basketball coach Dwight Gunnare calls out to his players during their game against Central Wyoming College on Jan. 9. 2019 at Swede Erickson Thunderbird Gym in Casper.

Casper College's Natalia Otkhmezuri looks for an opening in the T-Birds' game against Eastern Wyoming College on Jan. 22 at Swede Erickson Thunderbird Gym in Casper. Otkhmezuri is one of four sophomores expected to return for the T-Birds next season.

Casper College's women's basketball coach Dwight Gunnare talks with his team during a timeout in its game against Gillette College on Feb. 6, 2019, at Swede Erickson Thunderbird Gym.