Valladay finished second in the Mountain West in rushing on a per-game basis this season. The redshirt junior finished with 550 rushing yards (110 per game) and four rushing touchdowns despite missing one of UW’s six games because of a leg injury.

Muma had a breakout season in his first year as a full-time starter at middle linebacker. The 6-foot-3, 227-pound junior led the Cowboys with 71 tackles and led the Mountain West in tackles per game (11.8). He had a career-high 17 tackles against Colorado State on Nov. 5.

Cryder has long been the anchor of UW’s offensive line at center. Cryder, who’s started all 31 games the last three seasons, helped pave the way for a running game that ranked second in the Mountain West and No. 14 nationally this season (219.5 rushing yards per game).

Hoyland burst on the scene as a true freshman. Taking over for Cooper Rothe, UW’s all-time leading scorer, Hoyland made 13 of his 14 field goals this season and finished tops in the Mountain West in field-goal percentage (92.9) and scoring (9.2 points per game). His 2.17 field goals made per game are the most in the nation.

Harris, in his second season as a full-time starter up front, started five of the Cowboys’ six games at right guard. The Torrington native has started 16 games the past two seasons. Coldon started all six games after having his last two seasons cut short because of injuries, finishing with 26 tackles, three pass breakups and a team-high two interceptions.

Three-year starter is Cowboys' active leader in tackles and sacks. 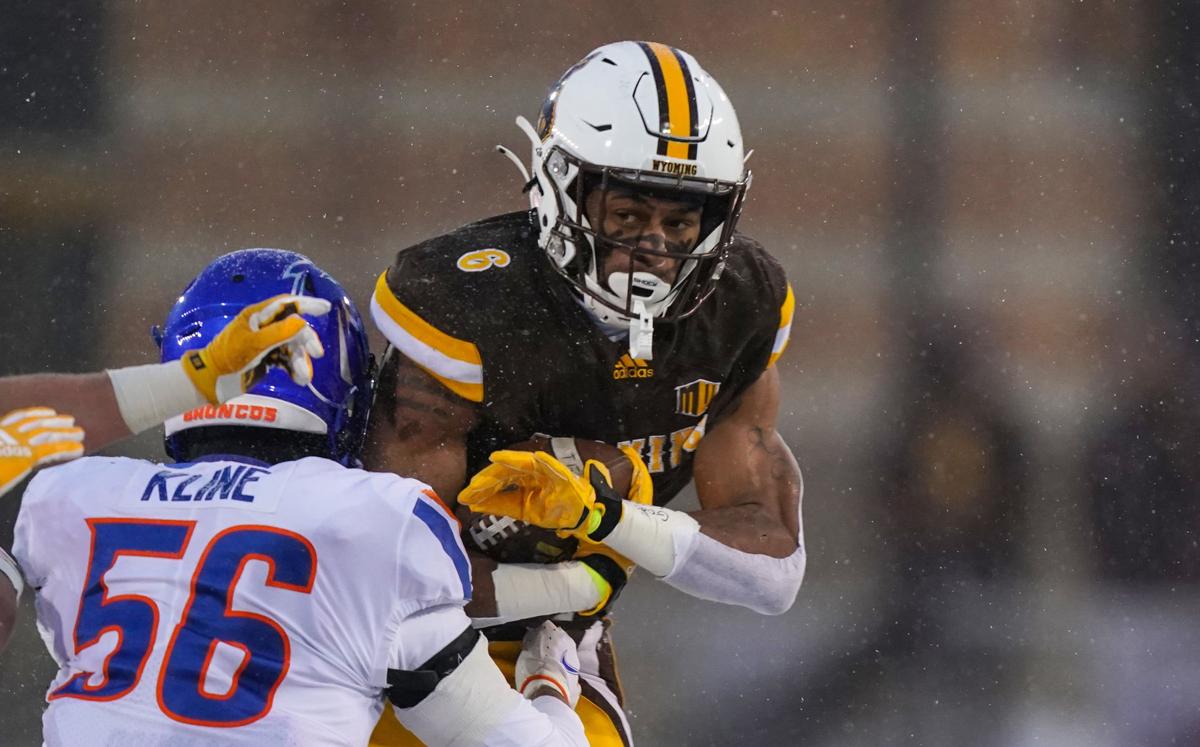 Wyoming running back Xazavian Valladay runs against Boise State during their game Dec. 12, 2020, at War Memorial Stadium in Laramie. 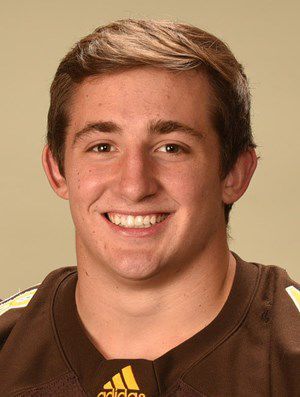 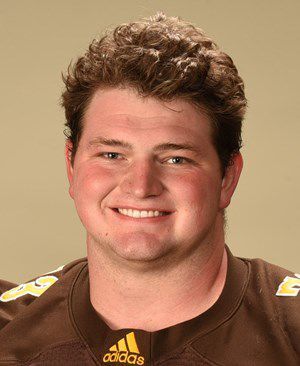 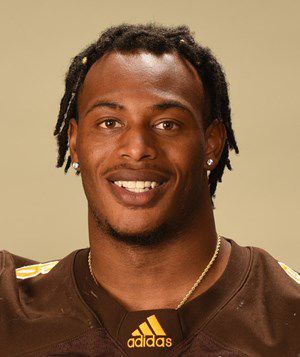