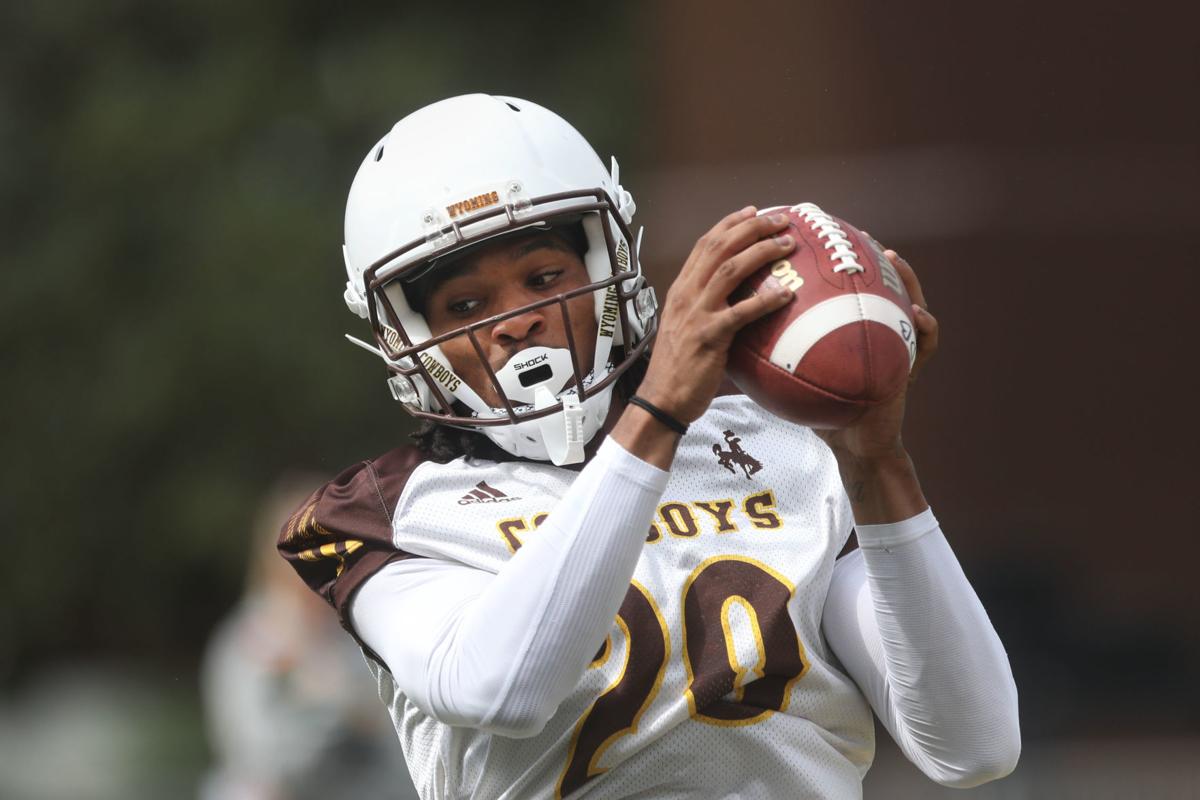 Azizi Hearn returns as Wyoming's most experienced cornerback on the outside after playing in all 13 games with 10 starts last season. 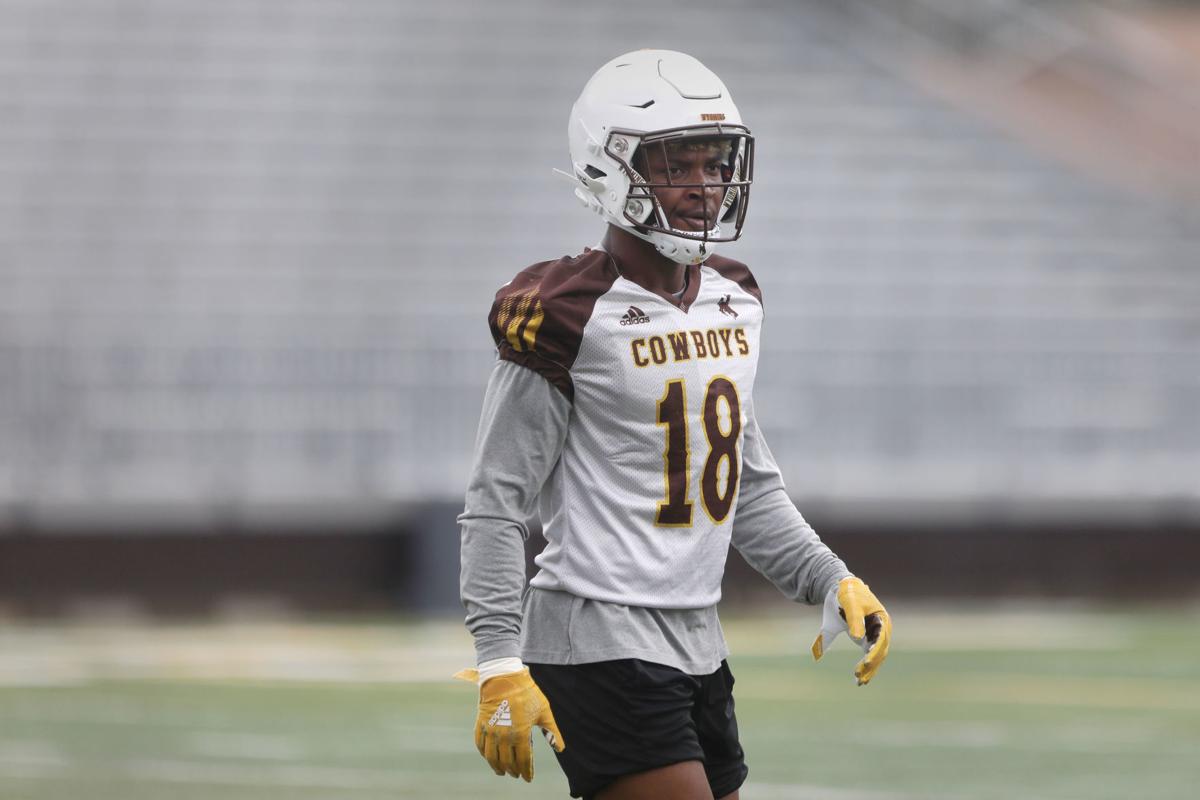 Defensive back Keyon Blankenbaker led Wyoming in passes defended last season, which was his first playing the nickel position.

LARAMIE — Wyoming had no shortage of options at cornerback going into last season. And that was before Azizi Hearn entered the mix.

After two years at Arizona, Hearn, a walk-on with the Wildcats, transferred to UW last summer to provide further depth at a position that included veterans Tyler Hall and Antonio Hull and youngster C.J. Coldon. Now Hearn finds himself going from newcomer to one of the Cowboys’ most seasoned cornerbacks heading into his second year with the program.

Hearn immediately joined the rotation and played in all 13 games as a third-year sophomore. He started the last 10 as attrition took its toll on the position.

Hull never played a game in his final year of eligibility for personal reasons, and Coldon was lost after just three games to a knee injury — his second season-ending injury in as many seasons. Hearn stepped in as a starter opposite Hall and finished his inaugural season with the Cowboys with 37 tackles and four passes defended.

Coldon, who heads into his junior season with six career starts to his name, will likely get the first crack at replacing Hall once he’s fully healthy. But with Hall and Hull out of eligibility, the 6-foot-1, 193-pound Hearn has the second-most starts of any corner left on the roster and the most of any on the outside.

Keyon Blankenbaker has started 14 games, but 11 of those came at the nickel corner spot last season in UW’s 4-2-5 base defense. Blankenbaker made the move inside after his redshirt freshman season and became arguably the Cowboys’ best cover option on the back end, leading UW with 10 passes defended while also tallying 57 tackles.

Blankenbaker returns to that position having played in all of UW’s 25 games the last two seasons, though the Cowboys are short on experience behind him. Walk-on Blake Harrington, who played in two games last season, ended the season listed as Blankenbaker’s backup on the depth chart.

Jordan Murry is another option for the Cowboys on the outside. Murry was in line to redshirt last season before all of the attrition forced the 5-10, 155-pounder into action as a true freshman. Murry played in 10 games with one start and figures to at least be part of the rotation against next season.

Of course, more youngsters who have yet to get their shot will join the competition for playing time. Another freshman, Caleb Roberson, redshirted last season after sustaining a knee injury during fall camp but should rejoin the fold whenever UW returns to the practice field.

UW will also welcome three true freshmen to the cornerback room this summer in Xavier Carter, Cameron Stone and Wyett Ekeler. Carter, a late addition to the Cowboys’ signing class in February, and Stone both project to play on the outside. Ekeler, the brother of Los Angeles Chargers running back Austin Ekeler, will add much-needed depth behind Blankenbaker at nickel and could push for immediate playing time given the Cowboys’ lack of numbers there.

There’s always a chance some of the Cowboys’ younger players at the position get a look inside during spring practice or fall camp. Regardless who’s on the field — and where — the group will be working with new position coach Benny Boyd to try to improve a pass defense that ranked 105th nationally in passing yards allowed and yielded 12.5 yards per completion last season.

This is the ninth in a 10-part series previewing each position for Wyoming heading into spring practice, which has been postponed indefinitely in response to the coronavirus pandemic. Practice was scheduled to begin Tuesday.

LEAD MAN: Last season was Azizi Hearn's first at UW, but following the losses of Tyler Hall and Antonio Hull, Hearn is the most experienced cornerback left on the outside after starting 10 games as a sophomore.

BLANKET COVERAGE: Keyon Blankenbaker is back at nickel after leading the Cowboys with 10 pass breakups last season.

Azizi Hearn returns as Wyoming's most experienced cornerback on the outside after playing in all 13 games with 10 starts last season.

Defensive back Keyon Blankenbaker led Wyoming in passes defended last season, which was his first playing the nickel position.