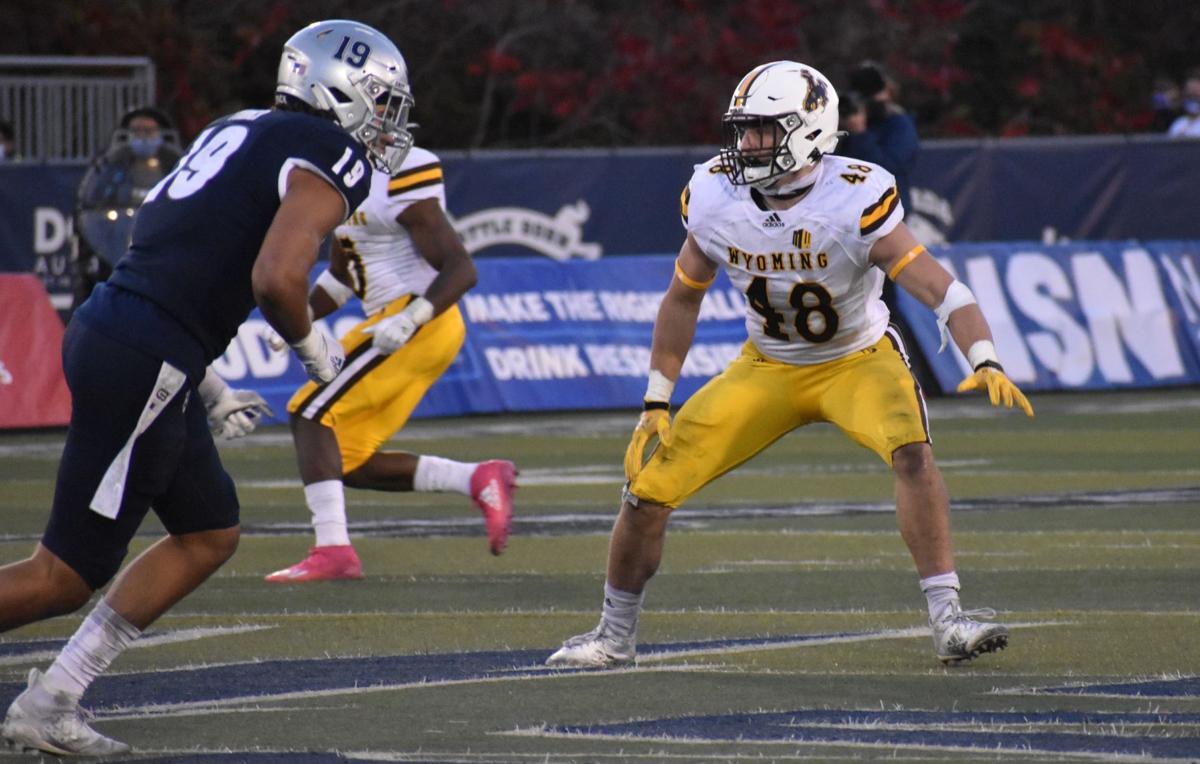 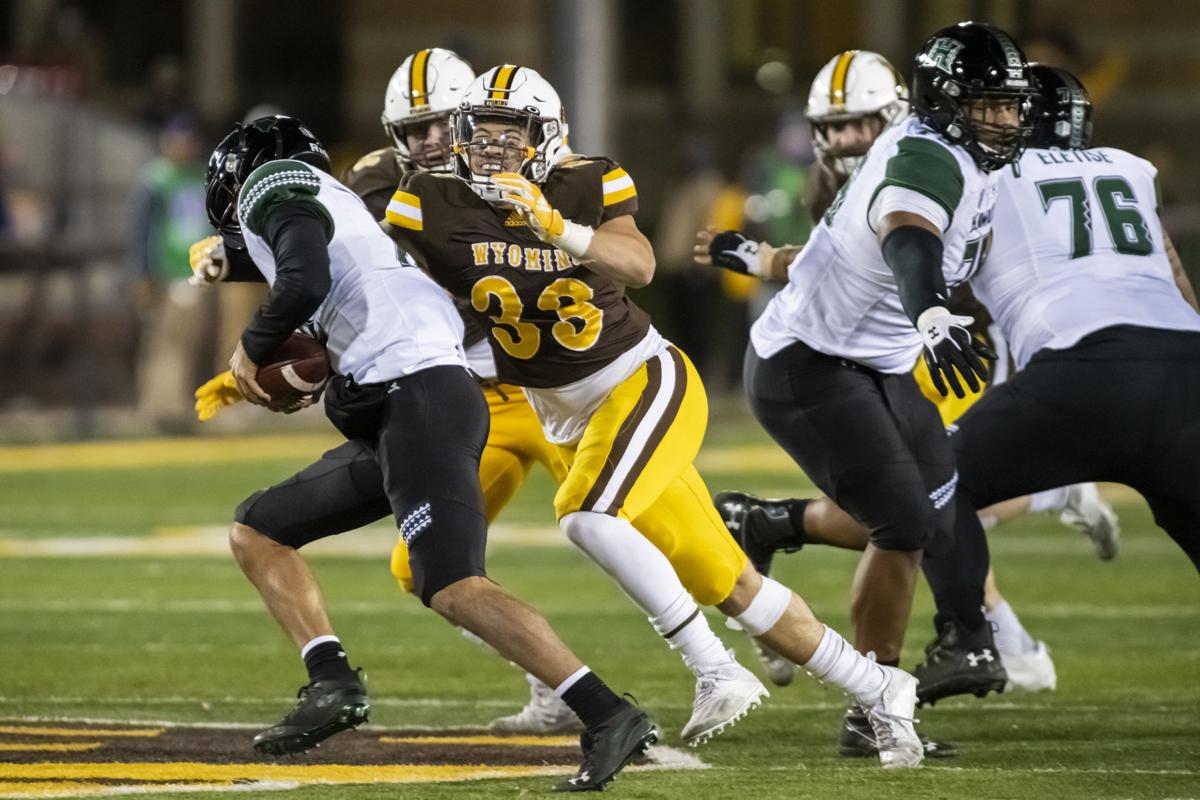 Sophomore Charles Hicks is back after posting 27 tackles in his first season as a starter at outside linebacker.

LARAMIE — When it comes to the second level of Wyoming’s defense, the tone has changed.

This time a year ago, questions dominated the offseason conversation as to how the Cowboys were going to replace two NFL draft picks at linebacker. Logan Wilson, who finished his decorated career No. 4 on UW’s career tackles list, just finished his rookie season with the Cincinnati Bengals after being taken in the third round of last year’s draft. His longtime running mate, Cassh Maluia, was drafted in the sixth round by the New England Patriots.

Their departures left sizable voids at both linebacker spots in the Cowboys’ 4-2-5 base defense. Yet the position is once again a strength entering this spring thanks to replacements who will look to build on their breakout seasons.

After spending the 2019 season as the Cowboys’ primary backup at the position, Chad Muma stepped in for Wilson and kept the production going in the middle of UW’s defense. The junior led the team with 72 tackles — 28 more than the second-leading tackler, safety Esaias Gandy — and three sacks during a season that was limited to just six games because of the coronavirus pandemic. That averaged out to 11.8 stops per game, which was good for third nationally.

Muma ended the season earning first-team all-Mountain West honors and enters his second year as the Cowboys’ starting middle linebacker and one of the unquestioned leaders of the defense after also being voted a team captain last season. Lining up beside him again this spring will be outside linebacker Charles Hicks, who emerged from relative obscurity in his first season as a starter to finish with 27 tackles, 3.5 tackles for loss, 2.0 sacks and an interception.

The Cowboys also begin the spring with some depth at the position that was developed over the course of last season. Redshirt freshman Easton Gibbs spent most of it as Hicks’ primary backup on the outside and even got a start in the season finale against Boise State when Hicks was sidelined with an injury, finishing third on the team with 42 tackles. Fellow freshman Shae Suiaunoa played in all six games backing up Muma in the middle.

In all, UW’s linebackers accounted for 34% of the team’s tackles last season, and many of the significant contributors are back. Ray Rabou and Brennan Kutterer entered the transfer portal earlier this offseason, but the two walk-ons were primarily special teams contributors.

Freshmen linebackers Connor Shay and Brent VanderVeen are entering their second year in the program after spending most of last season getting acquainted with defensive coordinator Jay Sawvel’s system. Incoming freshmen Tommy Wroblewski, Sam Scott and Tommy McEvoy, a preferred walk-on, will join the mix when they arrive on campus this summer.

They will all provide more depth at a position that’s now got more answers than questions.

This is the seventh in a 10-part series previewing each position for Wyoming heading into spring practice. A new position will be published each day leading up to the first day of practice April 6.

BREAKING OUT: Middle linebacker Chad Muma has emerged as one of the leaders of UW's defense after going from a backup in 2019 to a first-team all-Mountain West performer last season as a junior.

OUTSIDE OPTIONS: While Charles Hicks spent most of last season as Muma's sidekick as the starting outside 'backer, freshman Easton Gibbs also proved capable there by finishing as UW's third-leading tackler.

Cowboys will have two signal callers with starting experience learning a new offense this spring.

With Rome Weber set to return, the Cowboys have their top three safeties back this spring.

John Hoyland is entrenched as Wyoming's kicker, but what about the other specialists?

Cowboys open spring practice with punting and kick return duties up for grabs.

Is Chad Muma Wyoming's next NFL linebacker? He hasn't given it much thought

Sophomore Charles Hicks is back after posting 27 tackles in his first season as a starter at outside linebacker.