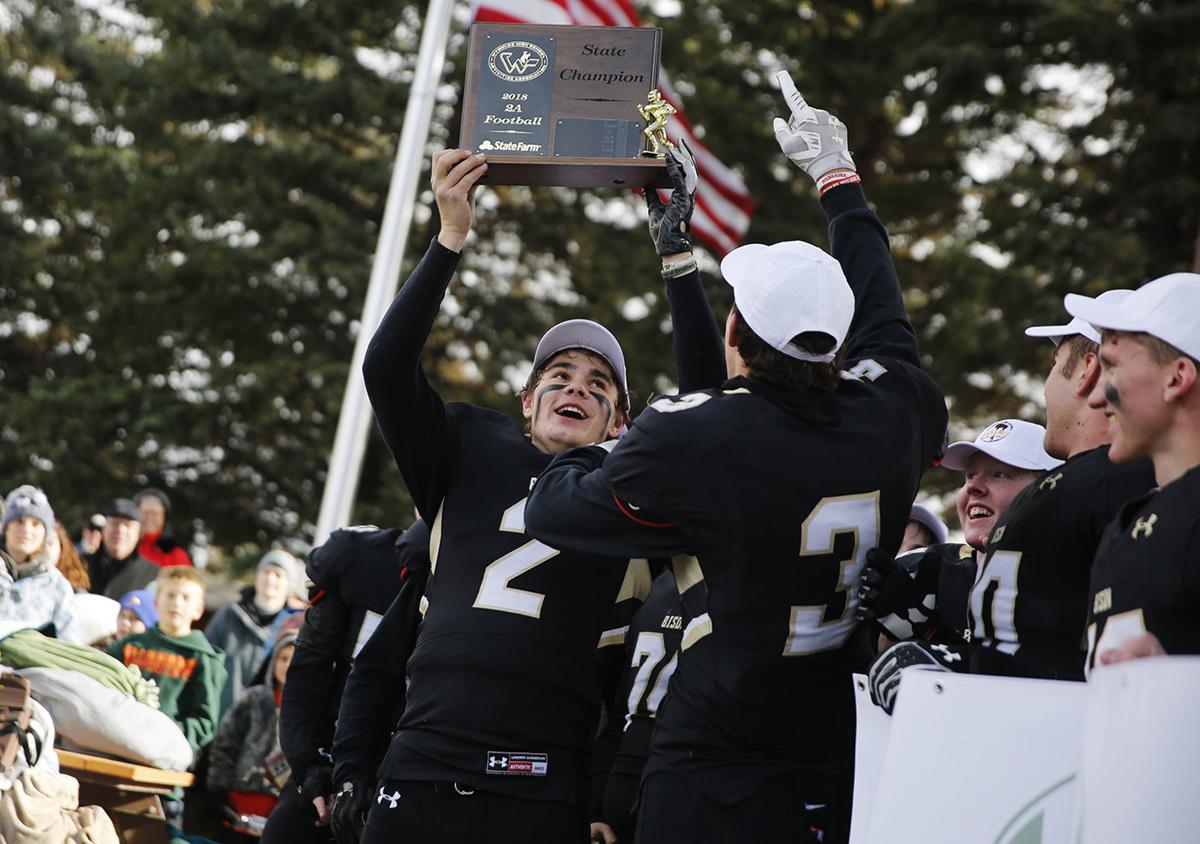 Buffalo's Luke Glassock (2) raises the Wyoming State High School Class 2A Football Championship trophy above his head after the Bison defeated Mountain View on Nov. 10, 2018 at War Memorial Stadium in Laramie. Now a walk-on at Wyoming, Glassock will join the competition this year to be UW's placekicker. 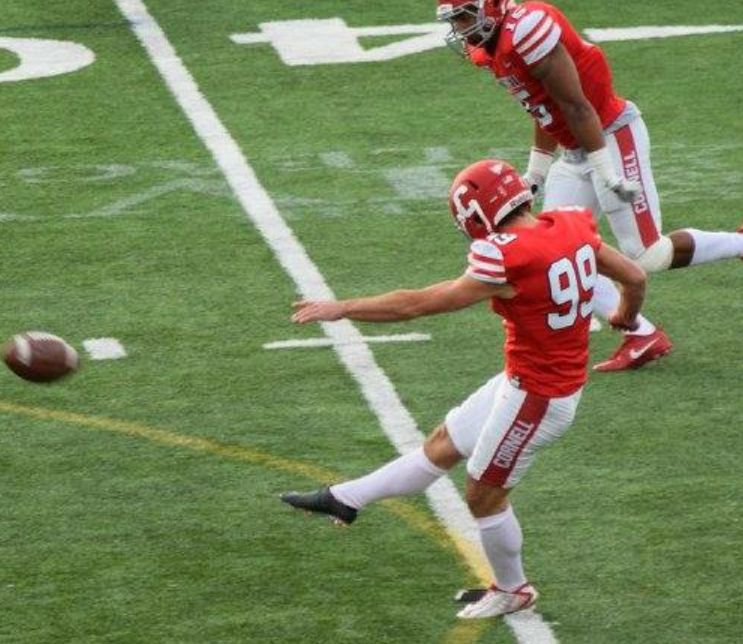 Former Cornell kicker Nick Null will join the Wyoming football program as a graduate transfer this summer. He has one year of eligibility left.

LARAMIE — For the first time in four years, Wyoming won’t have Cooper Rothe to rely on for kicks.

Rothe was not only the Mountain West Special Teams Player of the Year and a Lou Groza Award finalist during his time with the Cowboys but also finished with more points than anyone in program history. Rothe racked up 342 of them before he exhausted his eligibility last season.

And he’s not the only specialist UW has to replace heading into next season.

The Cowboys will start searching for a new punter and kick returners either later this spring or in fall camp. Nick Szpor, Rothe’s holder for the last handful of seasons, is also out of eligibility.

UW took a major step toward filling its kicking vacancies with the addition of graduate transfer Nick Null, who spent the previous four years at Cornell.

Null, who has one season of eligibility left, is set to report to campus this summer after signing with UW in February.

Null handled kicking and punting duties throughout his career at Cornell and could possibly pull double duty for UW following the departure of Ryan Galovich, who averaged 42.1 yards per punt as a senior. Null averaged nearly 40 yards on punts last season, though he’ll likely have competition at that spot from Tim Zaleski, who missed most of last season trying to come back from his knee injury after starting the 2018 season as UW’s punter.

Buffalo native Luke Glassock, a walk-on coming off a redshirt year, will also be in the mix at placekicker after going through last season as Rothe’s primary backup, though all of the kicking jobs may be Null’s to lose.

“They kind of expressed to me that their situation was they needed a guy to kick off and punt,” Null told the Star-Tribune in February. “They saw my situation at Cornell where I was doing (kickoffs, field goals and punts), and they think I can do all three there. They actually would encourage me to want to do all three.”

The departure of cornerback Tyler Hall leaves a large void to fill as UW’s primary kick returner. Hall was one of the best in the Mountain West, averaging 31.6 yards per return and finishing his career as the only UW player with multiple kickoff returns for touchdowns in the same season (two in 2017). Running back Xazavian Valladay and defensive back Keyon Blankenbaker are the only returning players who returned a kickoff last season and join receiver Dontae Crow as the leading candidates to take over that role.

Crow, a Sheridan native, may also get the first crack at returning punts with fellow receiver Austin Conway also out of eligibility. Crow was listed on last season’s depth chart at punt returner behind Conway, whose 10.8 yards per return ranked 14th nationally a season ago.

This is the last in a 10-part series previewing each position for Wyoming heading into spring practice, which has been postponed indefinitely in response to the coronavirus pandemic. Practice was scheduled to begin Tuesday.

ADDING A KICK: Graduate transfer Nick Null is the favorite to take over at placekicker and could also handle punting and kickoff duties after handling all three at Cornell.

Buffalo's Luke Glassock (2) raises the Wyoming State High School Class 2A Football Championship trophy above his head after the Bison defeated Mountain View on Nov. 10, 2018 at War Memorial Stadium in Laramie. Now a walk-on at Wyoming, Glassock will join the competition this year to be UW's placekicker.

Former Cornell kicker Nick Null will join the Wyoming football program as a graduate transfer this summer. He has one year of eligibility left.