Editor’s note: This is the first in a series of 12 articles previewing Mountain West football teams based on their predicted order of finish in the preseason media poll.

LAS VEGAS – It has been a slow build for Danny Gonzales entering his third season at New Mexico.

The Lobos – who were picked to finish last in the six-team Mountain Division in the preseason media poll – have won only three Mountain West games over the past two seasons.

Two of the victories came at the expense of Wyoming.

The Cowboys make the trip to Albuquerque on Oct. 8 after losing the 2020 matchup 17-16 in Las Vegas and last year’s Homecoming game 14-3 in Laramie.

“I don’t know that we have their number,” Gonzales said Wednesday during the MW media day event at the Mandalay Bay Resort & Casino. “Coach (Craig) Bohl does a great job and we share a lot of the same philosophies as far as playing harder longer, being tougher and all those things.

“So those matchups go into that kind of football. The last two years, 17-16 and 14-3, have been great defensive football games.”

New Mexico expects to be stout on the defensive side of the ball in 2022 with Rocky Long entering his third season as Gonzales’ coordinator after winning three MW championships as San Diego State’s head coach.

The Lobos return seven starters on defense after ranking 44th in total yards allowed in 2021. That was despite getting little help from an offense that finished dead last among the 130 FBS teams in scoring (12.2 points per game) and yards (234.2).

“Utah State was picked last and they won the conference championship,” safety Jerrick Reed said of the low outside expectations for New Mexico as the Aggies players conducted their interview session across the room wearing championship rings. “Just ask us the same question in November and we’ll get your answer.”

Reed led the team with 89 tackles and seven pass breakups and fellow safety Tavian Combs added 81 tackles and four pass breakups last season in Long’s unique 3-3-5 scheme. Gonzales believes the Lobos have the best linebacker group in the MW with all three starters.

The key to the season will be finding an efficient, play-making quarterback and improvement along the offensive line.

Chavez was 17-for-24 passing for 161 yards with two touchdowns and one interceptions in limited action last season. The redshirt sophomore is 2-0 in starts against UW.

Kendrick has Big 12 experience after completing 61.1% of his passes for 853 with nine touchdowns and six interceptions with the Jayhawks.

“I don’t think it’s going to be over until probably Week 2 because it’s all about what you can do in the game,” Reed said of the QB competition. “Anybody can go out there in practice and remember their plays and know what the defense is in and execute. It’s about live action, Saturday night, what are you going to do when the lights are on you?”

The Lobos will have to be ready for the bright lights in September. After opening with FCS Maine, preseason Mountain Division favorite Boise State visits Albuquerque for a Friday night game on Sept. 9.

2022 projection: The Lobos are picked to finish sixth in the Mountain Division in the preseason MW media poll.

Wyoming's new leaders, including linebacker Easton Gibbs and running back Titus Swen, are optimistic the Pokes can contend for a MW title.

The Pokes are considered a long shot to win the program’s first Mountain West title.

Wyoming Cowboys notebook: Pokes have big hole to fill in middle of O-line

Craig Bohl said redshirt sophomore Nofoafia Tulafono will most likely be the Pokes' starting center when the season opens Aug. 27 at Illinois.

Timmy Chang will be Hawaii's third coach in four years after a chaotic offseason for the Rainbow Warriors.

After going 2-16 during two difficult seasons impacted by the pandemic and the transfer portal, third-year UNLV coach Marcus Arroyo is excited to see what the Rebels have in store in 2022.

New Nevada coach Ken Wilson inherits the least-experienced team in the FBS after Jay Norvell left for Colorado State and took a chunk of the Wolf Pack roster with him. 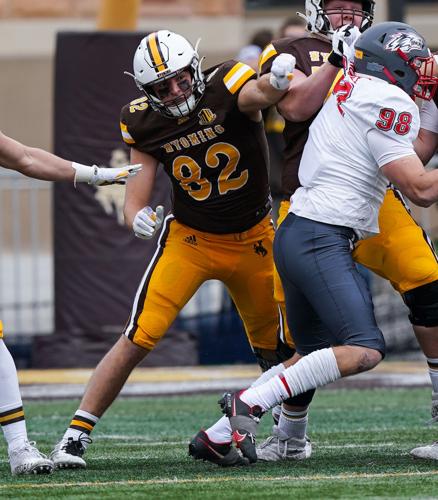 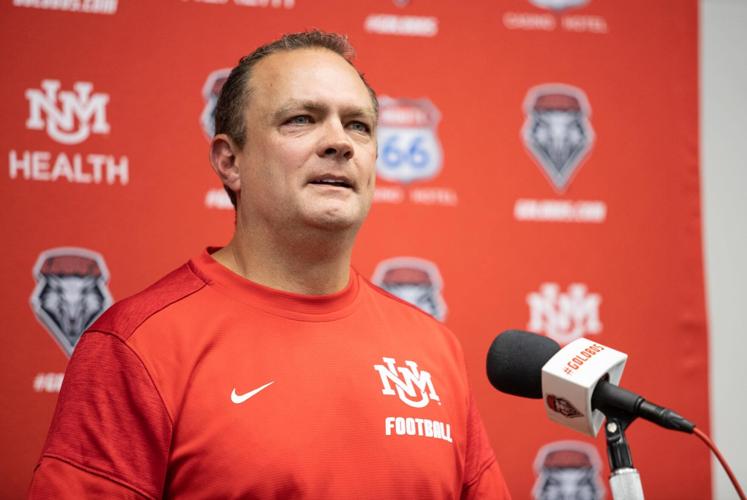