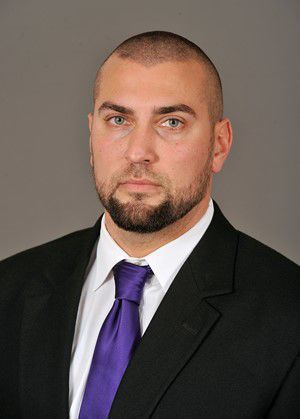 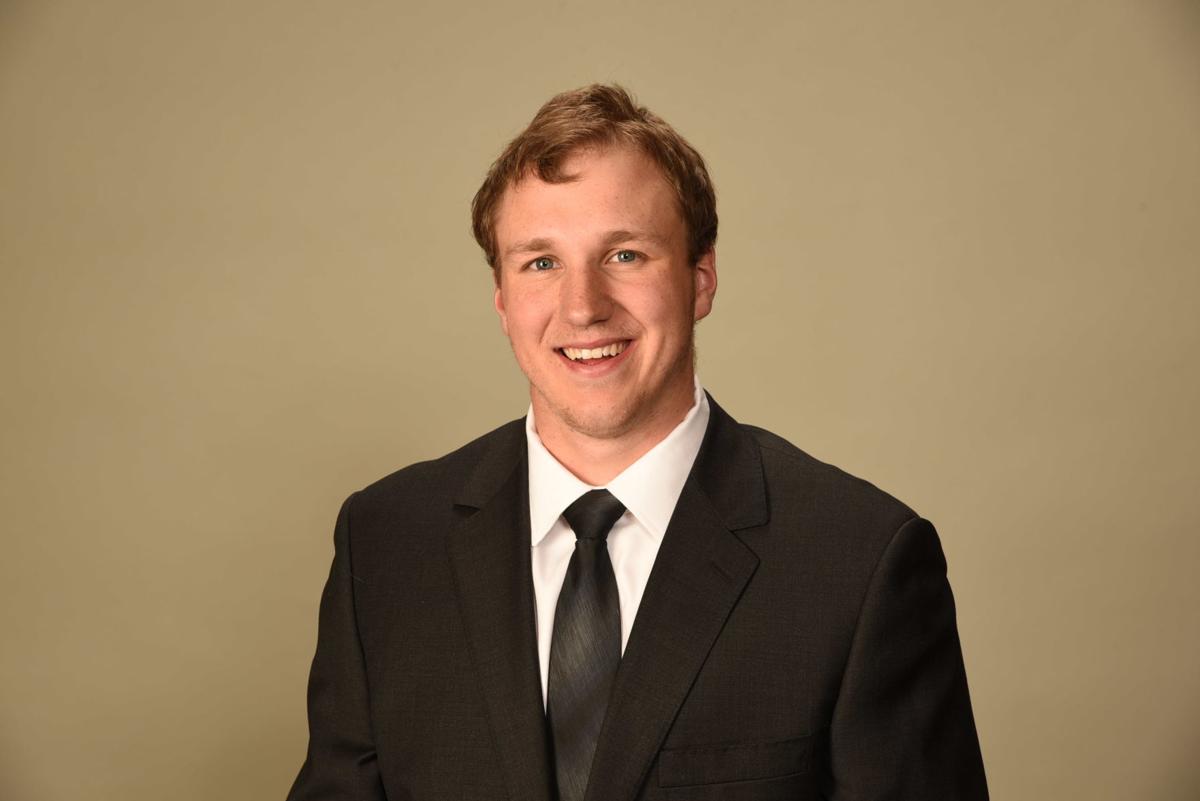 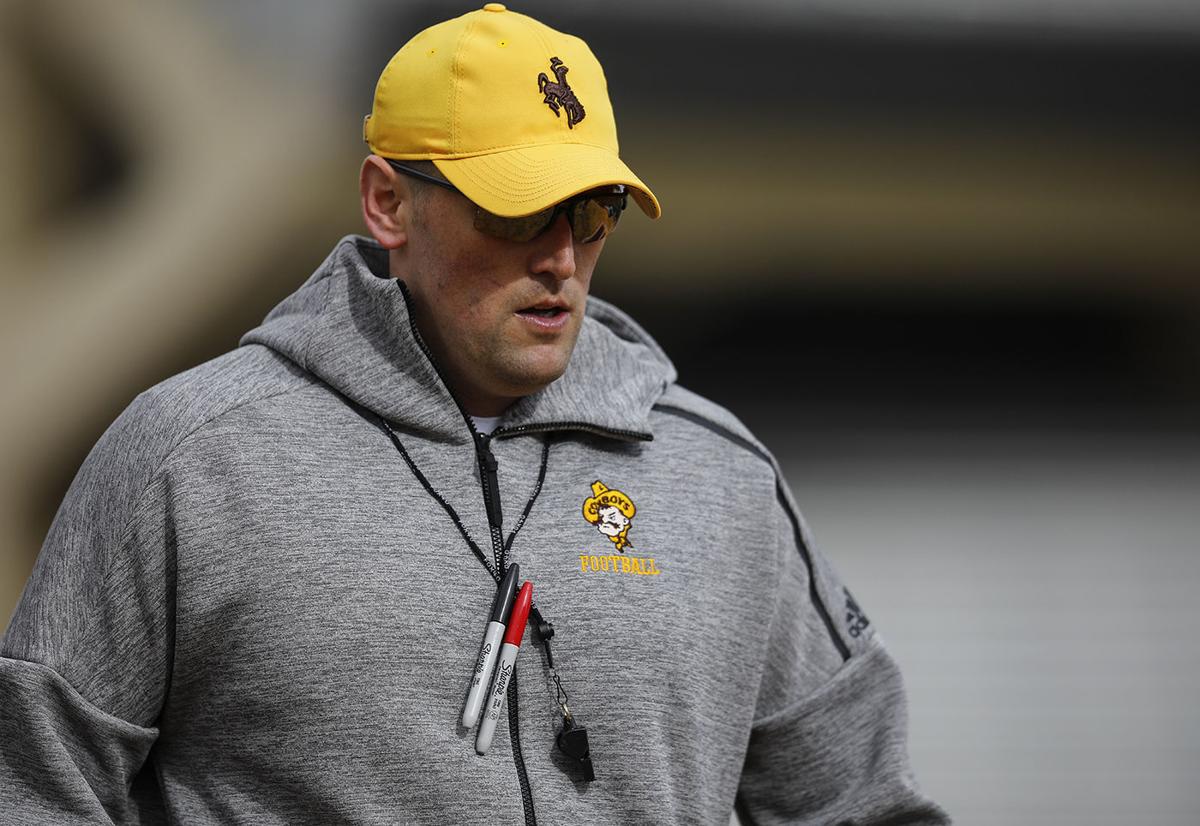 Wyoming offensive line coach Bart Miller works with his players during spring practice on March 28 at War Memorial Stadium in Laramie. Miller is in his first year on the Cowboys' staff.

It was one of three staff promotions announced by the Cowboys’ sixth-year coach just two days after Wyoming’s season-ending win over Georgia State in the Arizona Bowl on Tuesday.

In his first season with the Cowboys’ program after joining the staff from Ohio in January, Miller coached an offensive line that helped pave the way for a rushing attack that ranked second in the Mountain West and 23rd nationally at 214.8 yards per game. Sophomore center Keegan Cryder was a second-team all-MW selection this season while junior guard Logan Harris earned honorable mention honors.

Aaron, a former linebacker himself at Division II Minnesota State Moorhead, has helped coach the position throughout his time on the Cowboys’ staff. He helped develop All-American Logan Wilson, who finished his career fourth in school history in career tackles, and fellow senior Cassh Maluia, an all-MW honorable mention selection. The duo helped Wyoming finish 11th nationally this season in rushing yards and points allowed.

Wyoming offensive line coach Bart Miller works with his players during spring practice on March 28 at War Memorial Stadium in Laramie. Miller is in his first year on the Cowboys' staff.