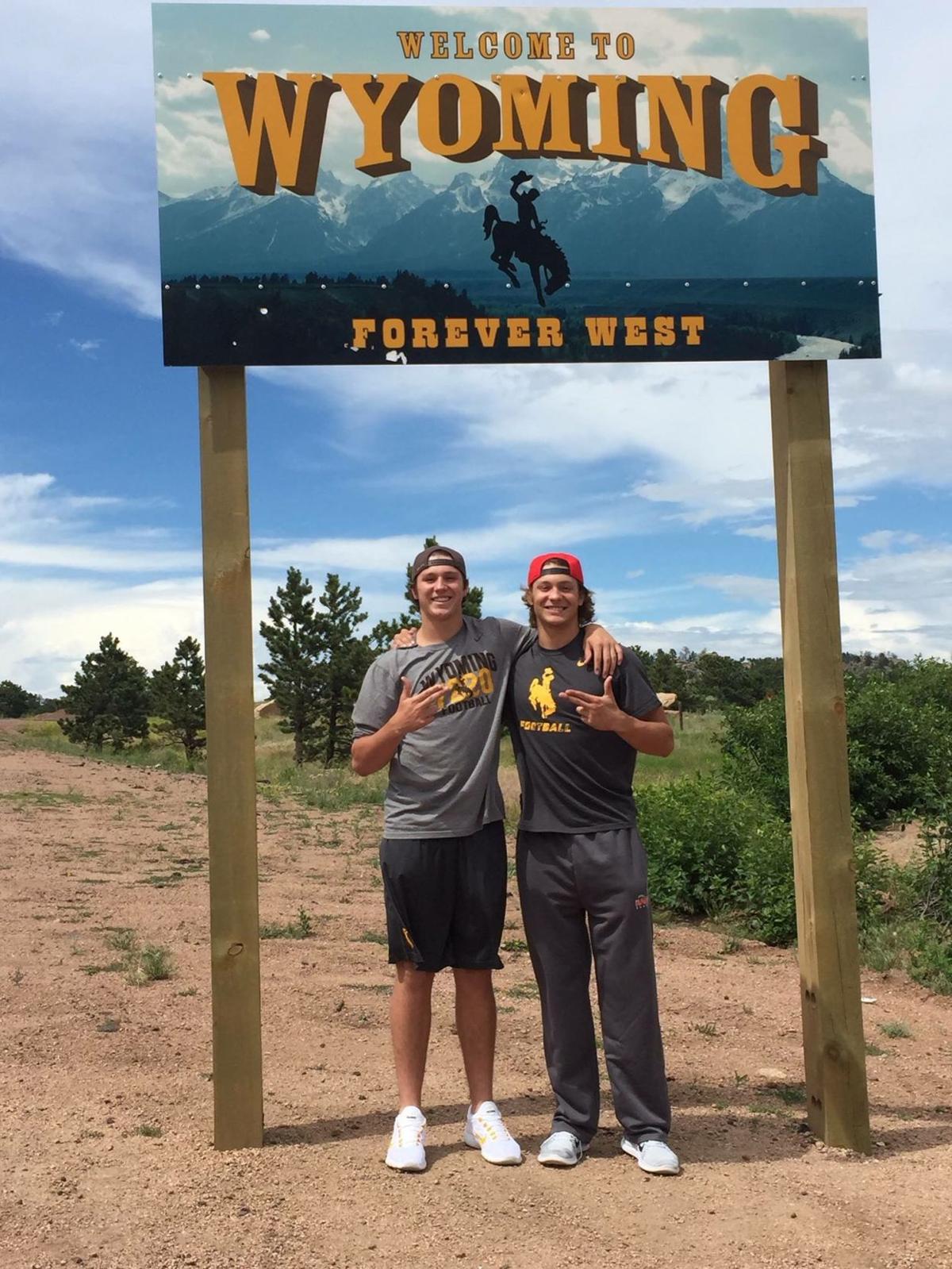 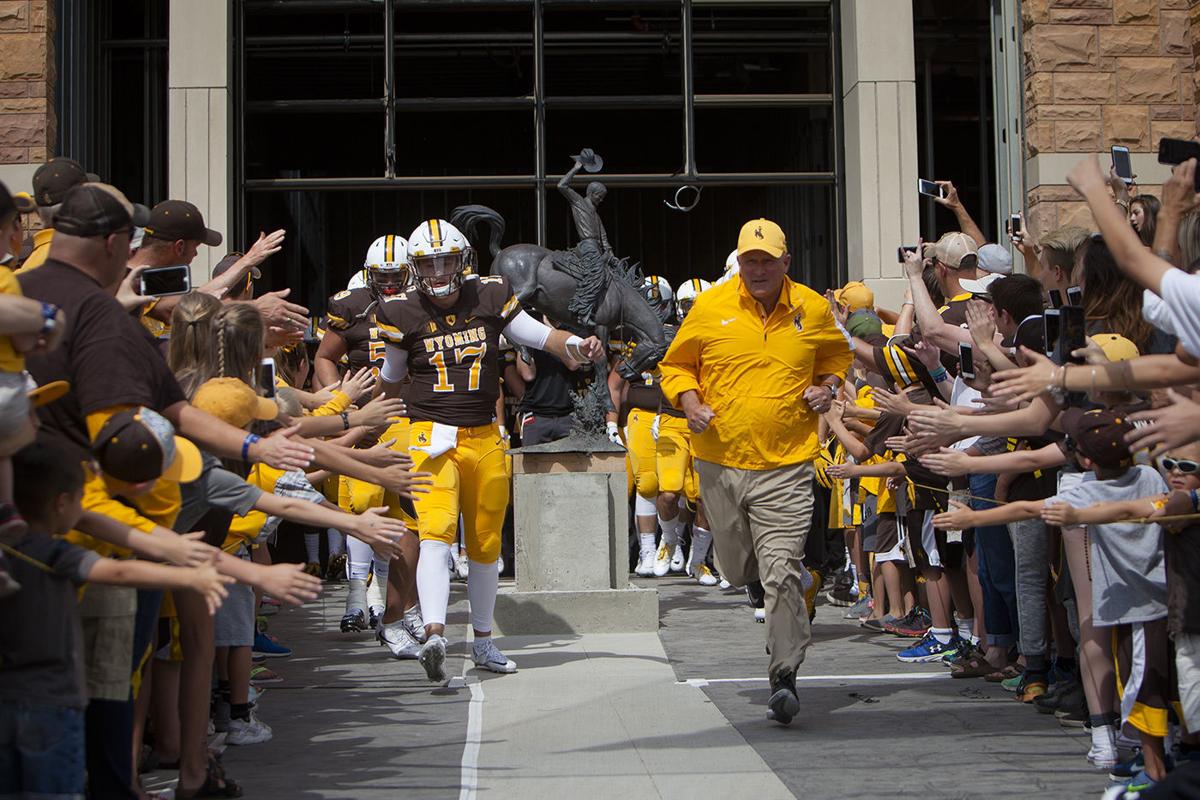 Rain can be a blessing and a curse.

In one sense, rain was a contributing factor to Josh Allen quarterbacking the Wyoming Cowboys in 2017 instead of an NFL team.

In another, it’s part of the reason Allen has devoted his life to athletics in the first place.

Cantaloupe, cotton and wheat are the crops of choice at the Allen family ranch, 10 to 15 minutes outside of Firebaugh, California.

At the moment, Joel Allen’s attention is mostly on the melons.

Joel manages all aspects of his family farm.

“I make sure everybody else does their job,” Joel said. “And I’m kind of the bookkeeper slash accountant. All the employee-related matters, labor issues. You name it, I do it.”

Farming was a far more labor-intensive profession when Joel and his brother Todd were growing up. They started chopping cotton at the age of 8 and it would take all summer. Before innovations in herbicide, the weeds all had to be removed manually.

“It’s kind of crazy looking back at me and my brother’s high school pictures and then putting them next to my dad and his brother’s high school pictures,” Josh said. “They were grown men in high school, because they were waking up before school and going out and working on the farm and then going to school and then after school going back and working on the farm. They were very involved when they were growing up, and it was just weird to see how naturally big they were.”

Josh and his younger brother Jason helped on the farm, too, growing up. Josh helped with a little bit of everything on the farm, especially irrigation. Technology is better now, but there was still plenty of work to be done, plenty of weeds that needed chopped. That was Josh’s least favorite chore.

“Going down every single row with a little hoe,” the Mountain West preseason offensive player of the year said. “Literally, every single row. It took a long time, and it was 100 degrees out there. You definitely got either burnt or a really good tan.”

Josh’s farm work was mainly limited to the summer, and he didn’t gain the same bulk that his father did. But it did build a foundation of work ethic at a young age.

“It taught him responsibility and made him aware that nothing’s just going to be handed to you,” Joel said. “You’ve got to go out and work for it. He caught on at an early age. He really did.”

Through cataloguing his farming, Josh received honors through FFA, formerly known as Future Farmers of America. He received San Joaquin Regional Proficiency and National Proficiency Silver honors in Grain Production Entrepreneurship, which he earned by completing a project that illustrated the entirety of the grain harvest process. Josh also received regional and national honors in Diversified Crop Production, being named a national finalist, and numerous “Star Farmer” honors.

“It was very cool,” Josh said. “In large part due to one of my teachers, Mrs. Luxon, she helped me out a lot. I was so into sports that it kind of bored me to do all this stuff, and she wanted to keep track and get me my national letter.”

But becoming a future farmer was never Joel’s goal for Josh.

When Joel was 22, his father, Buzz, was involved in a head-on car collision that left him unable to make the day-to-day decisions the farm demanded. Joel was the only son in a position to help out.

“So I rolled my sleeves up and had to learn a lot in a short amount of time,” he said.

Josh will likely be drafted by an NFL team before he turns 22.

“Growing up, my dad was very adamant on me doing sports and I don’t think he would want me to go in the farming business, because of some of the hardships that he’s had to endure,” Josh said. “... He’s very tactical in his approach to farming, and it’s something that you can’t just take over and run with. It’s a life of learning.”

A big struggle for farms throughout Calfornia’s Central Valley in the last decade has been a sustained drought. For a few years, Firebaugh received a water allocation of 0 percent. Farming is a challenging enough job, as is. Take away the water, and it’s enough to make you want to give your children a different future.

“Because of the struggles and the challenges that I’ve faced, I just didn’t want to subject (Josh) to all the different things we’re battling right now,” Joel said. “... It’s a really touchy subject, because water is available, but the environmental movement, they have first dibs on the water. We’re kind of low on the totem pole as far as that goes, because we’re part of a federal water district.

“If things were different, I would encourage and embrace the fact that he would come back to the farm and help me. But it’s been a lot of sleepless nights, and I just didn’t want to subject him to that.”

The good news is that rainfall has picked up. In fact, Firebaugh received a 100 percent water allocation this year.

“... So definitely, this has just been a blessing. A God-sent blessing. That’s all I can say.”

On Dec. 21, further south in the Golden State, rain made its presence known. The Cowboys were playing BYU in the Poinsettia Bowl, and Albert Hammond’s “It Never Rains In Southern California” received a soggy rebuke.

“We were like, ‘Are you kidding me? Are you really kidding me?’” LaVonne said. “That was just kind of crazy.”

The Cowboys mishandled a wet football on multiple special teams plays in a game that was ultimately decided by three points. And Wyoming’s fourth-quarter comeback attempt was cut short when Josh tossed a pass into triple coverage. It was intercepted. It could’ve been Josh’s last pass as a Cowboy.

“But you know, I kind of look at that as a blessing, too,” LaVonne said. “Not that I wanted to take a loss, we’re a very competitive family, and everything that we’ve done with our kids in life has been pretty competitive.

“... But I almost feel that if we would’ve won that Poinsettia Bowl that Josh would not have been back.”

The Allens were hit with a deluge of attention in the following months as Josh weighed the decision of whether to declare for the NFL Draft. At one point, he had decided to leave.

Dozens of factors and millions of dollars went into Josh’s choice to come back.

But so did a few raindrops.

“That’s what I kept holding in my heart is I couldn’t leave Wyoming with that last play,” LaVonne said. “And I think Josh knew it. ... I think he really realized that that’s not how he wanted to leave his legacy.”

The Firebaugh Files are a series of stories on Wyoming quarterback Josh Allen's rise from virtual unknown to NFL Draft darling.