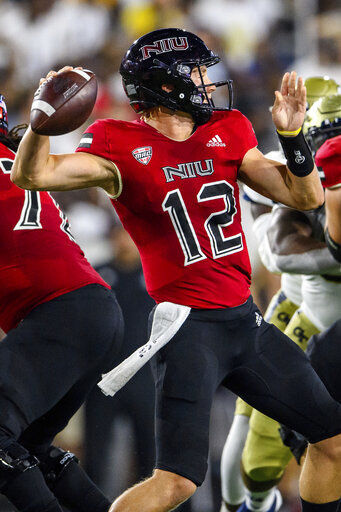 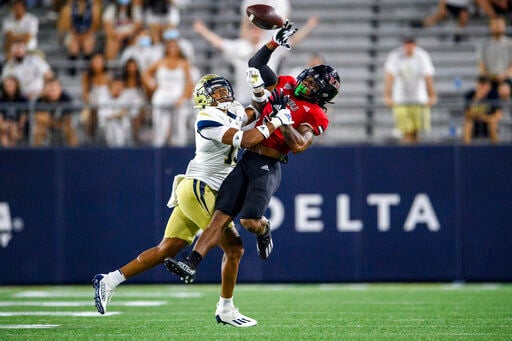 Despite the Cowboys’ struggles during a 19-16 victory over FCS Montana State in Laramie, they opened as a 6-point road favorite. The Huskies, who were 0-6 last season, will have fans back at Huskie Stadium at full capacity for the first time since a 17-14 win over Western Michigan on Nov. 26, 2019.

The Casper Star-Tribune caught up with Eddie Carifio, the sports editor of the Daily Chronicle in DeKalb, Illinois, to get his insight on the UW-NIU matchup:

Ryan Thorburn: Northern Illinois’ 22-21 victory at Georgia Tech surprised most of the country, especially considering the Huskies were 18-point underdogs. Were there signs during NIU’s fall camp that this MAC-over-ACC upset could be coming?

Eddie Carifio: There were signs if you looked hard enough. Of course, a lot of what I thought were the signs ended up not being what led to the win. I thought this team had extraordinary depth at RB — only three Huskies carried the ball Saturday. I thought this team was built to keep a lead — they gave up 21 straight. But the coaches were talking about toughness all camp, as most coaches do, and the Huskies showed that element in droves.

RT: Did head coach Thomas Hammock make dramatic changes to shake things up in the offseason after NIU’s 0-6 finish in 2020 or was there a sense progress was being made during the winless campaign?

EC: There were very few changes as the Huskies started more freshmen last year, and had more on their roster, than I think all but one Division I team. And thanks to the eligibility rules from last year, they have even more freshmen. Hammock just brought in a couple pieces through the portal, notably Rocky Lombardi (see below), running back Clint Ratkovich and tight end Miles Joiner.

RT: What impact has Michigan State transfer Rocky Lombardi had on the Huskies’ offense?

EC: Through 57 minutes Saturday, it didn’t look like much. The Huskies were content to grind the ball behind Harrison Waylee and keep Lombardi in the garage. But on that final drive, he showed what he can do. They haven’t had a drive like that in a long time, and it was good to see for fans.

RT: Wyoming head coach Craig Bohl was impressed with NIU’s speed on defense after watching the Georgia Tech game film. The Huskies gave up 429 yards but only three scores to the Yellow Jackets. How good is this unit?

EC: Honestly, I think about that good. They are still young, so they are going to give up plays. But they also have the ability to make some plays — though some of that may depend on the status of Devin Lafayette, who was taken to a Georgia hospital during the game. If he’s out, which you have to assume is likely, that’s one less playmaker. And it’s important to remember that Georgia Tech has some playmakers you don’t see in the MAC or the Mountain West.

(Editor’s note: Hammock revealed later in the week that Lafayette is out for the UW game)

RT: What kind of atmosphere are you expecting in the aftermath of NIU’s big win with the return of fans to Huskie Stadium? And how do you see this game against the Cowboys playing out?

EC: I’d love to say rocking and popping, but if recent history is any indication likely not. Call me a homer, but I think if both teams play like they did Saturday, then NIU comes away with this one easily, even if they are 6-point underdogs last I saw. This team, like most, relishes that role a lot, so three straight weeks as a dog (assuming next week against Michigan) plays into their mindset of doing things the hard way.

DEKALB, Ill. – This Mountain West vs. Mid-American Conference matchup may be decided by which quarterback makes a play in the final minute.