DEKALB, Ill. – One way or another, it seems I was destined to cover a thriller in the Midwest on Saturday.

It turned out to be Wyoming’s 50-43 victory here over Northern Illinois in front of a crowd of 11,334 at Huskie Stadium.

So far, covering the Cowboys (2-0) this season for the Star-Tribune has been wildly entertaining.

If I had stayed at the Register-Guard in Eugene, where I was on the Oregon beat the past eight seasons, that decision would have resulted in documenting the Ducks’ 35-28 upset of Ohio State in front of a crowd of 100,482 at the Horseshoe.

The Buckeyes were one of five top-25 teams to take a loss over the weekend. Here’s how I voted in this week’s AP poll:

4. Oregon (2-0): Not only did the Ducks beat Ohio State for the first time in 10 meetings, they did it without Kayvon Thibodeaux, the potential No. 1 pick in the NFL draft.

13. Penn State (2-0): The Nittany Lions followed up their impressive win at Wisconsin by beating Ball State, the Cowboys’ next opponent, 44-13 in Happy Valley.

21. Nevada (2-0): The Wolf Pack has a chance to get into the race for the Group of Five’s spot in a New Year’s Six bowl if it can beat Kansas State this week.

Pokes in the pros, Week 2

On the road again: Wyoming Cowboys prepared for trek to New England 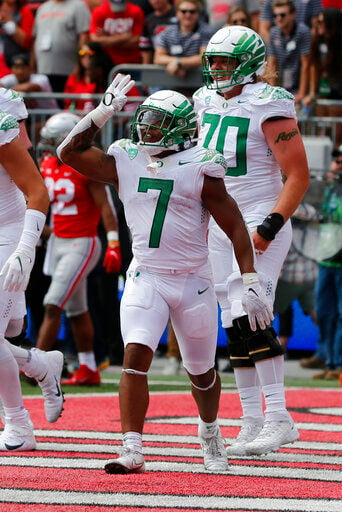 Oregon running back CJ Verdell celebrates his touchdown against Ohio State during their game Saturday in Columbus, Ohio. 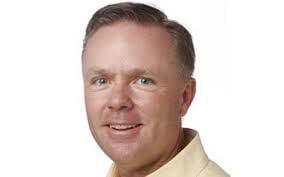