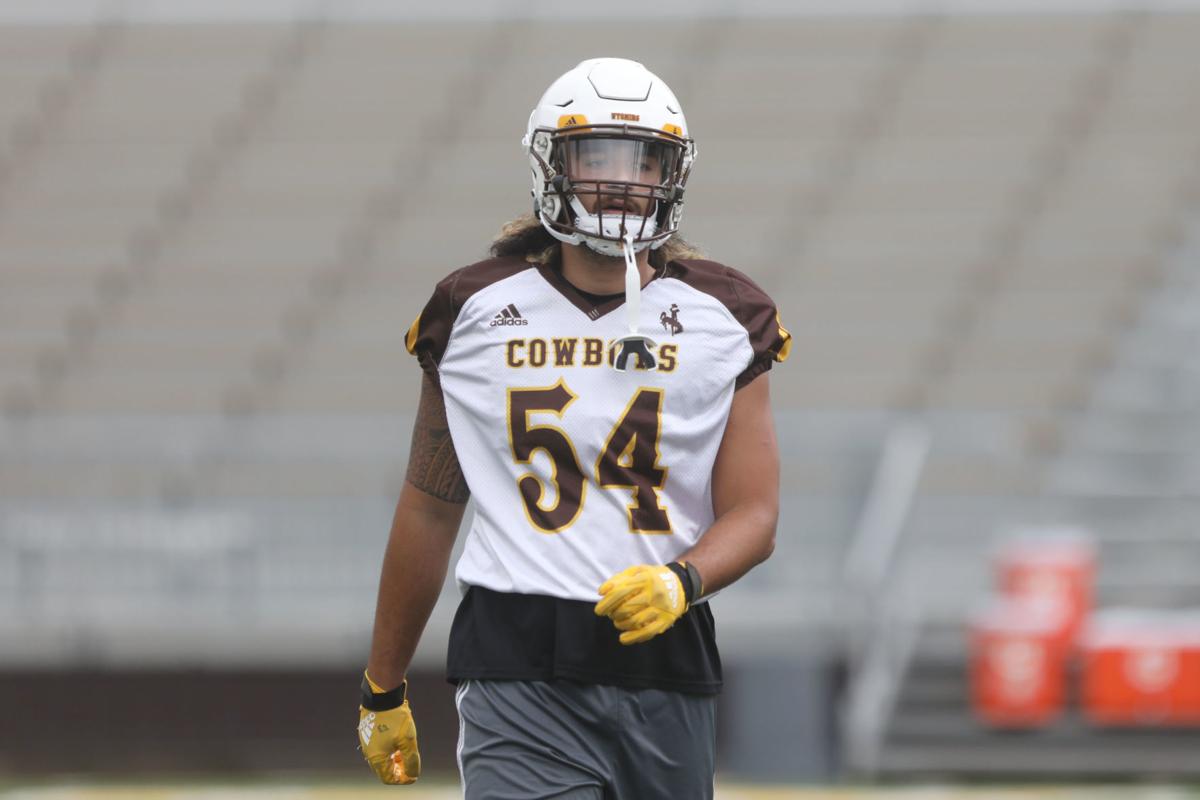 LARAMIE — Craig Bohl and his staff have known the day of starting over at the second level of Wyoming’s defense was coming.

How prepared the Cowboys are for it is less certain now that it’s here.

Logan Wilson and Cassh Maluia not only went through their final seasons of college eligibility last fall but did so as two of UW’s most talented and productive defensive players. That point was further emphasized last month during the NFL Draft when both of the Cowboys’ linebackers were selected. Wilson was taken 65th overall by the Cincinnati Bengals before Maluia went in the sixth round to the New England Patriots with the 204th overall pick.

It’s the first time since 1989 that UW has had multiple players drafted at the same position and the fifth in Bohl’s six years at the helm that his program has produced an NFL draft pick.

“While we don’t talk about the NFL a whole lot during the recruiting process — we focus on their graduation from Wyoming and then their experience here — what has begun to happen I think is each year that’s gone on and our program is in solid shape, it’s certainly attracted more NFL interest,” Bohl said. “The NFL teams are recognizing that, one, the Mountain West has excellent players and then what type of program players we have here.”

Now Bohl has to figure out what’s next at a position that’s losing more than 600 career tackles between the two. Wilson, a four-year starter and three-time captain, finished fourth in school and MW history with 421 career tackles while Maluia, who started for the better part of three seasons, had 197 tackles before his time at UW ended.

It’s not just tackling that UW has to replace at the position. Wilson, a defensive back during his prep career at Natrona County High School, was a natural in pass coverage and tallied 10 interceptions in his career, including four to lead all Football Bowl Subdivision linebackers as a senior.

“We’ll be certainly way less experienced than what we’ve been the last couple of years,” Bohl said. “I almost equate it to where we were three years ago.”

Yet the Cowboys may have already found Wilson’s replacement at middle linebacker.

As expected, Bohl said Chad Muma will slide in as the starter there after the 6-foot-3, 227-pounder spent last season as the third linebacker in the rotation. Muma finished with 51 tackles and three tackles for loss as a sophomore a season ago.

Muma was the primary backup in the middle and on the weak side because of the Cowboys’ youth and inexperience behind their top three options, but now UW has to find someone to play alongside him at the outside linebacker spot vacated by Maluia. Who that might be is anyone’s guess.

Freshman linebacker Isaiah Abdullah has entered the transfer portal, but there will still be plenty of competition among players who’ve logged few game snaps if any whenever the Cowboys are able to start practicing for the upcoming season.

Charles Hicks and Ray Rabou are easily the most experienced among the youngsters after each played in at least nine games last season as redshirt freshmen, though most of their snaps came on special teams. Freshman Shae Suiaunoa, a former-three star recruit, could play inside or out with his 6-3, 227-pound frame. Fellow redshirt freshman Easton Gibbs and walk-on Brennan Kutterer, who played in three games as a sophomore, could also get a look.

So could true freshmen Brent VanderVeen and Connor Shay, who are expected to join the linebacker room at some point this summer after signing with the Cowboys during the 2020 recruiting cycle. But the coronavirus outbreak ended UW’s spring practices before they started, further complicating Bohl’s evaluation of the players left competing for the starting job in Malui’s absence.

“I’m not going to single one guy out because there’s probably about five of them,” Bohl said. “That was a position that I personally was really going to focus on in spring football. I think we’ve got our guy (in Muma). I think it’s dangerous to say you’ve tagged your (middle) linebacker, but I think we have. But we’re going to need to find a backup, and then we’re going to need to find a couple of capable wills.”

Wyoming starting over at the second level of the defense

"You always dream of being able to play in the NFL," Wilson said, "but it’s one of those goals that’s just so slim."

Abdullah redshirted last season after signing with the Cowboys in 2019.

Maluia is the second UW linebacker to be drafted this weekend.