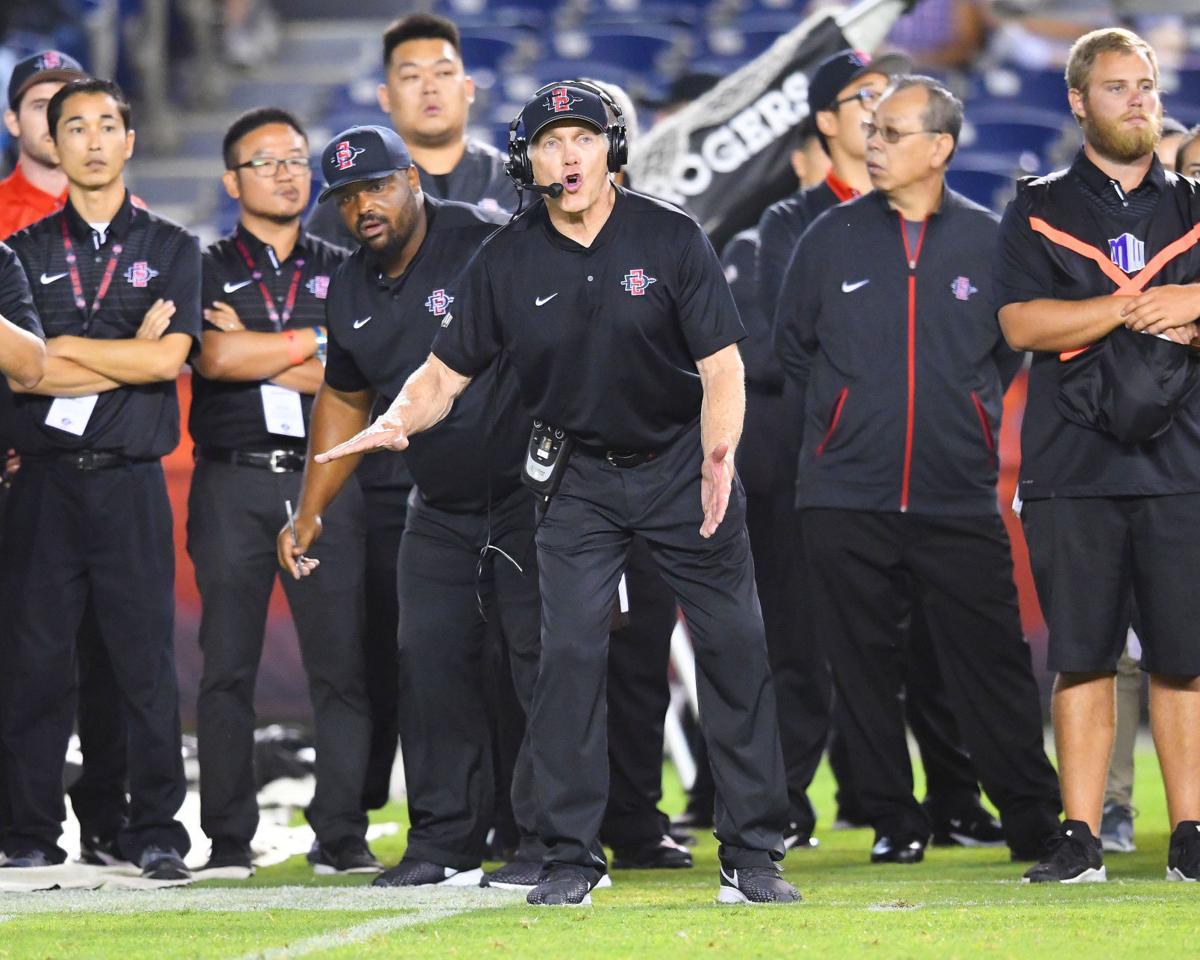 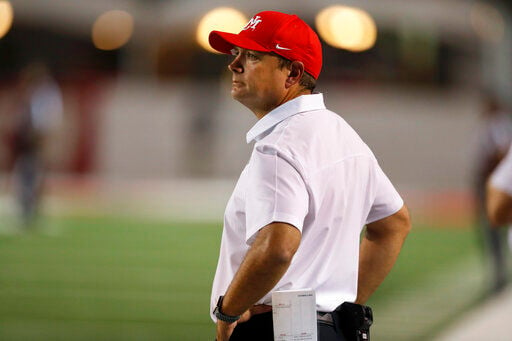 New Mexico coach Danny Gonzales watches from the sidelines during the Lobos' game against Air Force on Oct. 2 in Albuquerque, N.M.

LARAMIE – Rocky Long could still be the head coach at San Diego State or enjoying retirement.

Instead, the 71-year-old former New Mexico quarterback and head coach is back at his alma mater as the Lobos’ defense coordinator.

Bohl, who went 1-3 in head-to-head matchups with Long’s SDSU teams, said his longtime friend tipped him off about his desire to be a defensive coordinator again before stepping down as the Aztecs head coach following the 2019 season.

When Jake Dickert, now Washington State’s interim coach after this week’s firing of Nick Rolovich for non-compliance with a vaccination mandate, left as the Cowboys’ defensive coordinator that same offseason, Bohl did not consider trying to lure Long back to Laramie.

“Rocky and I have the same passion for defensive football, but it’s a 180-degree difference,” Bohl said. “It would be like water and oil. He and I are great friends. If you hired us on the same staff, we’d be throwing cussing lines at one another and it would ruin our friendship. So we’re better just keeping where we’re at.”

Bohl and Long split two classic matchups in 2016 with UW winning 34-33 during the regular season and SDSU prevailing 27-24 in the MWC championship game.

When Danny Gonzales, who is also a New Mexico alumnus, was hired as head coach he was able to get Long to return as defensive coordinator.

“I was lucky and I had several opportunities,” Long told the Athletic last season. “When coach Gonzales gave me a call and wanted to know if I was interested, I thought about it overnight. It seemed like the perfect fit. When I was coming out of high school, no one else recruited me. No one else gave me a scholarship. No one else thought I could play, except New Mexico. It was kind of a nice thought that maybe I could give back.”

The Lobos started the Gonzales era 0-5, but Long's defense made life miserable for Bohl’s offense during a 17-16 victory over the Cowboys last season in Las Vegas, which snapped New Mexico’s 14-game losing streak and 20-game MWC losing streak.

“They're willing to do everything and they’re very intelligent about what they do, it’s not just a bunch of smoke and mirrors,” UW offensive coordinator Tim Polasek said of preparing for Long’s unique and time-tested 3-3-5 scheme. “It seems like Star Wars when you're watching tape.”

UW’s quarterback play feels light years away from getting the program back in contention. Sean Chambers and Levi Williams are competing in practice this week for the starting spot against New Mexico.

“Their defense is a gap-cancellation defense, where they have a lot of guys that cause all kinds of disruption, and nobody knows this defense better than Rocky,” Bohl said. “He is back in the saddle and he is being disruptive. I’ll look forward to shaking his hand before the game.”

BOHL'S REVENGE?: Long beat Bohl's Cowboys in the 2016 Mountain West championship game at SDSU and last year the Lobos snapped a 20-game conference losing streak with a 17-16 win over UW in a game that had to be played in Las Vegas due to New Mexico's COVID-19 restrictions.

HE SAID IT: "Rocky and I have the same passion for defensive football, but it’s a 180-degree difference. It would be like water and oil." -- Bohl on why he didn't try to hire Long for UW's vacant defensive coordinator position after the 2019 season.

MWC sticking with 12 members during this round of expansion

New Mexico coach Danny Gonzales watches from the sidelines during the Lobos' game against Air Force on Oct. 2 in Albuquerque, N.M.