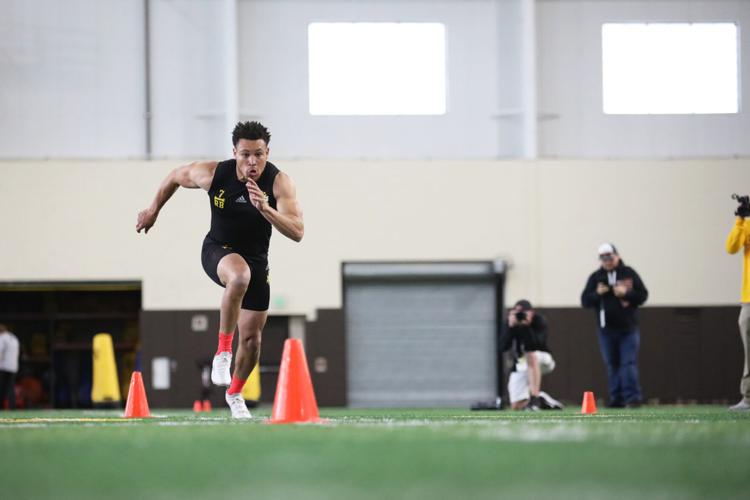 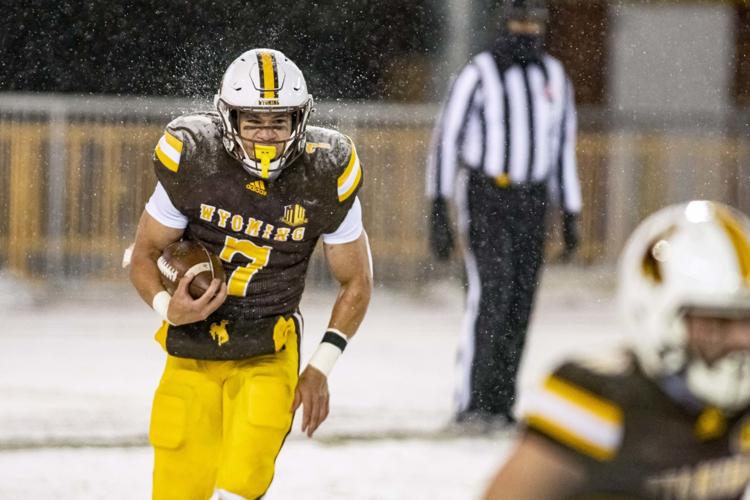 Wyoming's Trey Smith looks for running room during the Cowboys' game against Boise State on Dec. 12, 2020 at War Memorial Stadium in Laramie. 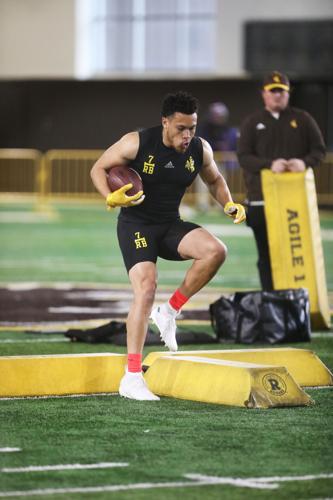 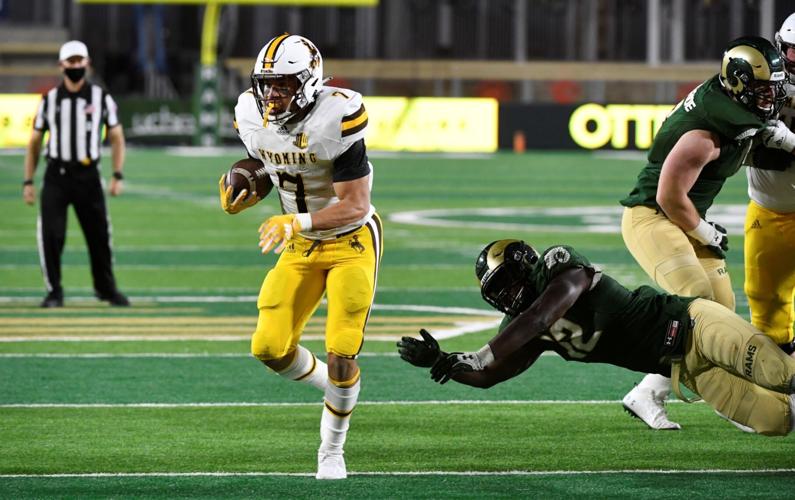 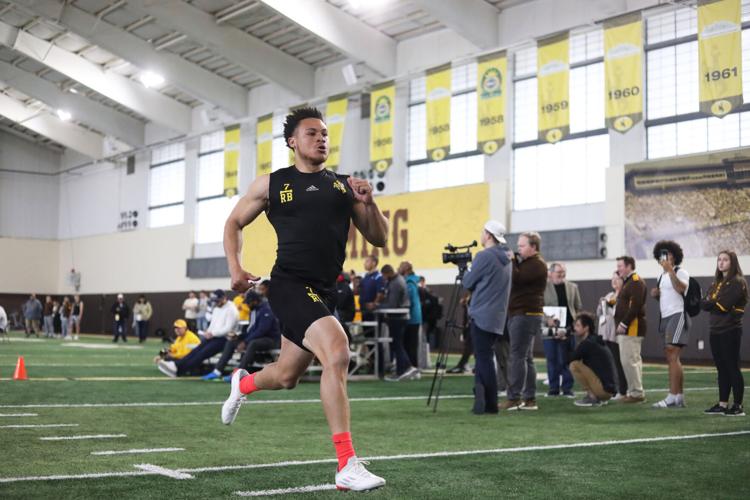 LARAMIE – The long journey to the NFL for Jimmy “Trey” Smith III has led to a familiar locker room.

The Wyoming running back signed Thursday with the Jacksonville Jaguars as an undrafted free agent, joining the same franchise where his father, Jimmy Smith Jr., was a star wide receiver from 1995-2005.

The Jaguars selected All-American linebacker Chad Muma in the third round of the NFL draft on Aug. 29. Another former UW standout, Andrew Wingard, plays safety for Jacksonville.

Trey Smith, who started his career at Louisville before joining UW as a graduate transfer, had 146 carries for 802 yards and nine touchdowns over the last three seasons for the Cowboys.

However, Smith finished his collegiate career off with a bang, rushing for 73 yards, including a 49-yard touchdown, on only five carries in the Pokes’ 52-38 win over Ken State in the Famous Idaho Potato Bowl.

“To see Trey go in and score and then the team just celebrate … he’s been one of the ultimate team players,” UW head coach Craig Bohl said after the game.

During the program’s pro day in March, which was attended by 29 of the 32 NFL teams, Jimmy Smith Jr. wore Jaguars gear while watching his son’s workout.

Trey Smith is now the fifth UW player from the 2021 team to get an NFL opportunity.

Muma was one of the Jaguars’ coveted draft picks.

The Cowboys led the Mountain West with 16 players in the NFL at the end of the 2021 season, headlined by Buffalo Bills quarterback Josh Allen and Cincinnati Bengals linebacker Logan Wilson.

Wide receiver Chase Locke, a USC transfer, announced his commitment to the Cowboys on social media Thursday with a graphic that included a superimposed sign in front of War Memorial Stadium that read: All roads lead to Wyoming.

Locke is the eighth player UW has landed out of the portal and the fifth from a Power 5 program.

Alabama defensive end Keelan Cox committed shortly after the Brown and Gold Game and helped recruit Locke to follow him to Laramie.

The 6-foot-3 Locke, a redshirt sophomore from San Antonio, Texas, did not have any catches as a walk-on for the Trojans but will have a chance to help the Pokes’ passing game after the departure of star receiver Isaiah Neyor for Texas.

Joshua Cobbs, who is also from San Antonio, will enter fall camp as UW’s No. 1 receiver after leading the team with six receptions for 58 yards in the spring game.

Wyoming's Trey Smith looks for running room during the Cowboys' game against Boise State on Dec. 12, 2020 at War Memorial Stadium in Laramie.