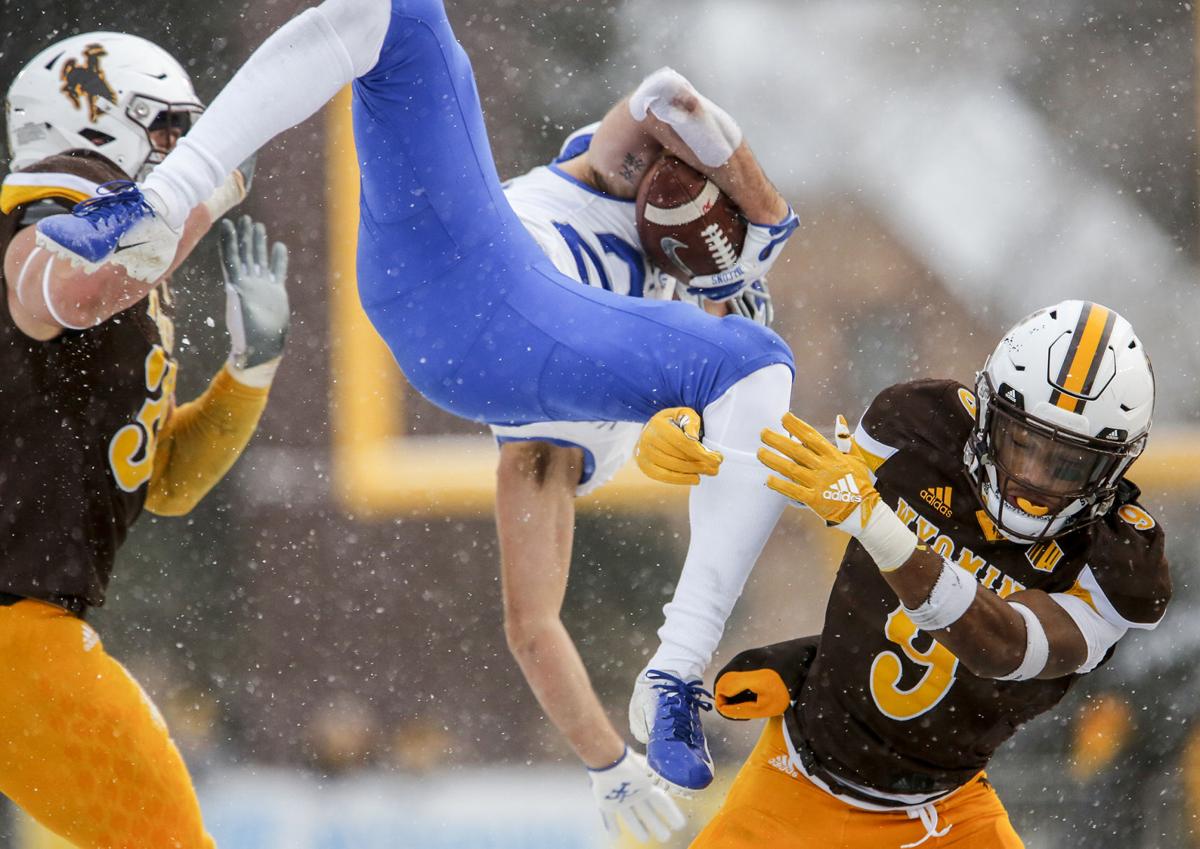 Air Force running back Kadin Remsberg attempts an unconventional juke in November 2018 against Wyoming at War Memorial Stadium in Laramie. The Cowboys and Falcons will not play Saturday because of COVID-19 issues within Air Force's program. 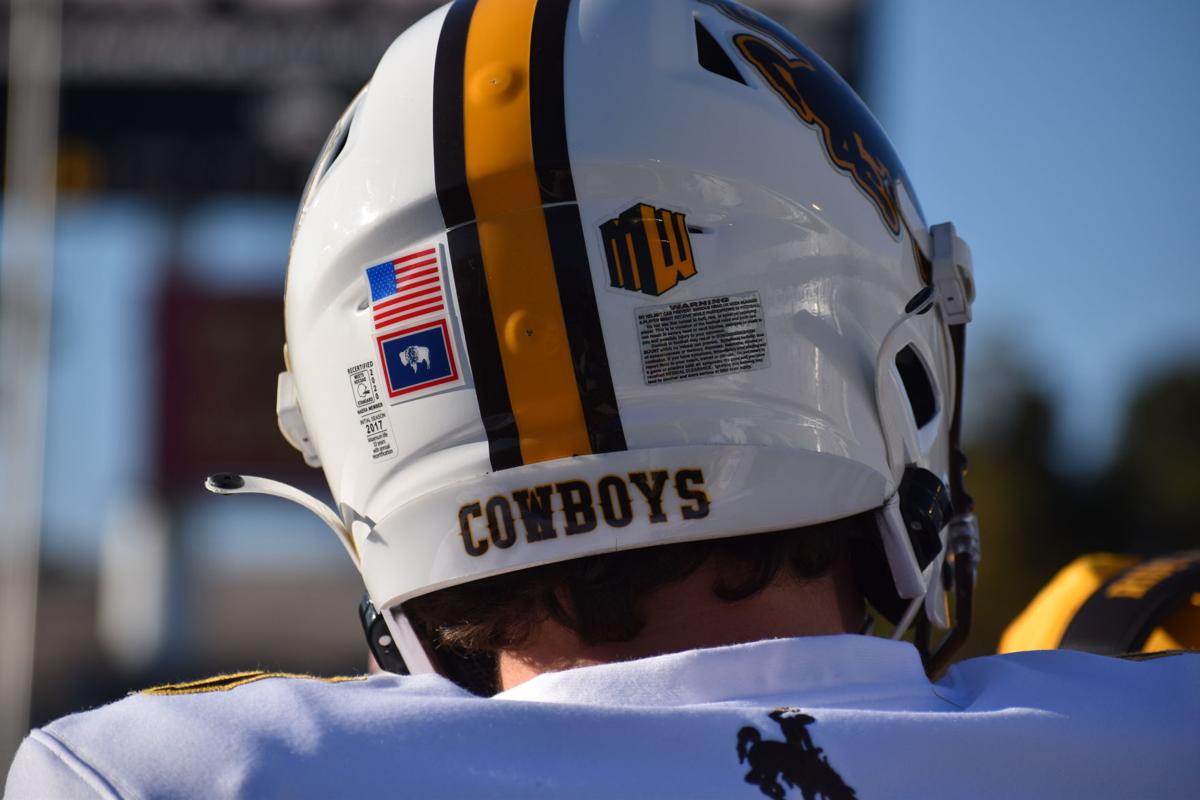 Wyoming's game against Air Force has been canceled because of COVID-19 issues at the Air Force Academy.

LARAMIE — Wyoming will have some extended time off before its next game.

The Cowboys’ game against Air Force has been canceled, the Mountain West announced Sunday. The teams were scheduled to play Saturday at War Memorial Stadium, but that won’t happen because of ongoing COVID-19 issues within Air Force’s football program.

With no open dates available for either team ahead of the league’s championship game set to be played Dec. 19, the game will not be made up and thus deemed a no contest.

“Due to an upward trend of COVID-19 cases at the Air Force Academy and within the football program, Air Force is unable to participate in the scheduled football game on Saturday, Nov. 14, at Wyoming,” the Mountain West said in a statement.

It’s the second consecutive game Air Force has had to cancel as it tries to control rising COVID-19 numbers at the academy. Air Force was supposed to play Army last week, but as many as seven Air Force players weren’t expected to be available for that game, according to the Colorado Springs Gazette. While it’s unclear if any players, coaches or other personnel tested positive or were unavailable because of contact tracing, the Gazette, citing an anonymous source, reported no players had tested positive.

The Mountain West has roster thresholds in place this season allowing a team to cancel a game if it has fewer than 53 available players any given week because positive tests and/or close contacts. A team can also cancel if those issues create a shortage of players at certain positions, including the offensive and defensive lines and quarterback.

So far, it’s the second conference-only game that’s been canceled in the Mountain West because of coronavirus-related issues. Colorado State’s game against New Mexico on Oct. 24 was also called off.

The game would have been the first for Wyoming against Air Force in Laramie since 2018, a 35-27 comeback win for the Cowboys. Wyoming trailed that game 27-14 with under 9 minutes to play and stormed back to take the lead with just over a minute to play.

The Falcons ended a three-game losing skid in the series last year with a 20-6 win at the Air Force Academy.

Air Force began its season with a 40-7 win against Navy back on Oct 3. It has since dropped both its Mountain West games, 17-6 at San Jose State and 49-30 to Boise State.

For the second straight week, coronavirus-related issues outside of the team's control have forced Wyoming's football game to be canceled.

Air Force running back Kadin Remsberg attempts an unconventional juke in November 2018 against Wyoming at War Memorial Stadium in Laramie. The Cowboys and Falcons will not play Saturday because of COVID-19 issues within Air Force's program.

Wyoming's game against Air Force has been canceled because of COVID-19 issues at the Air Force Academy.