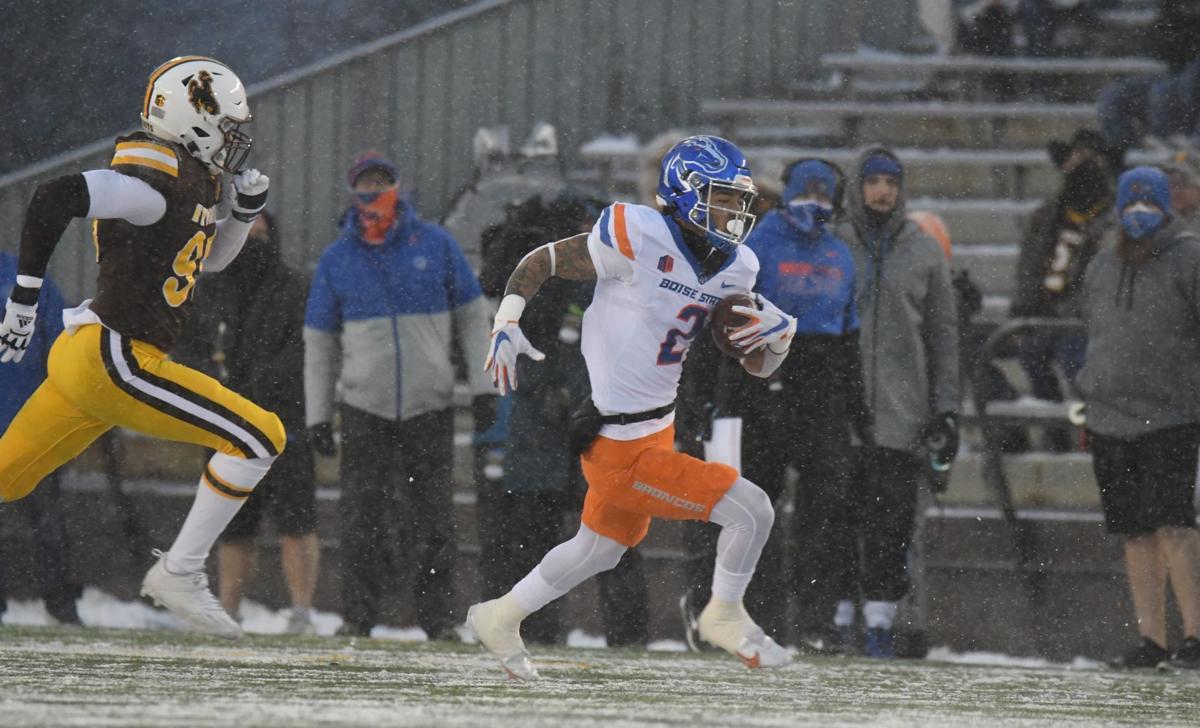 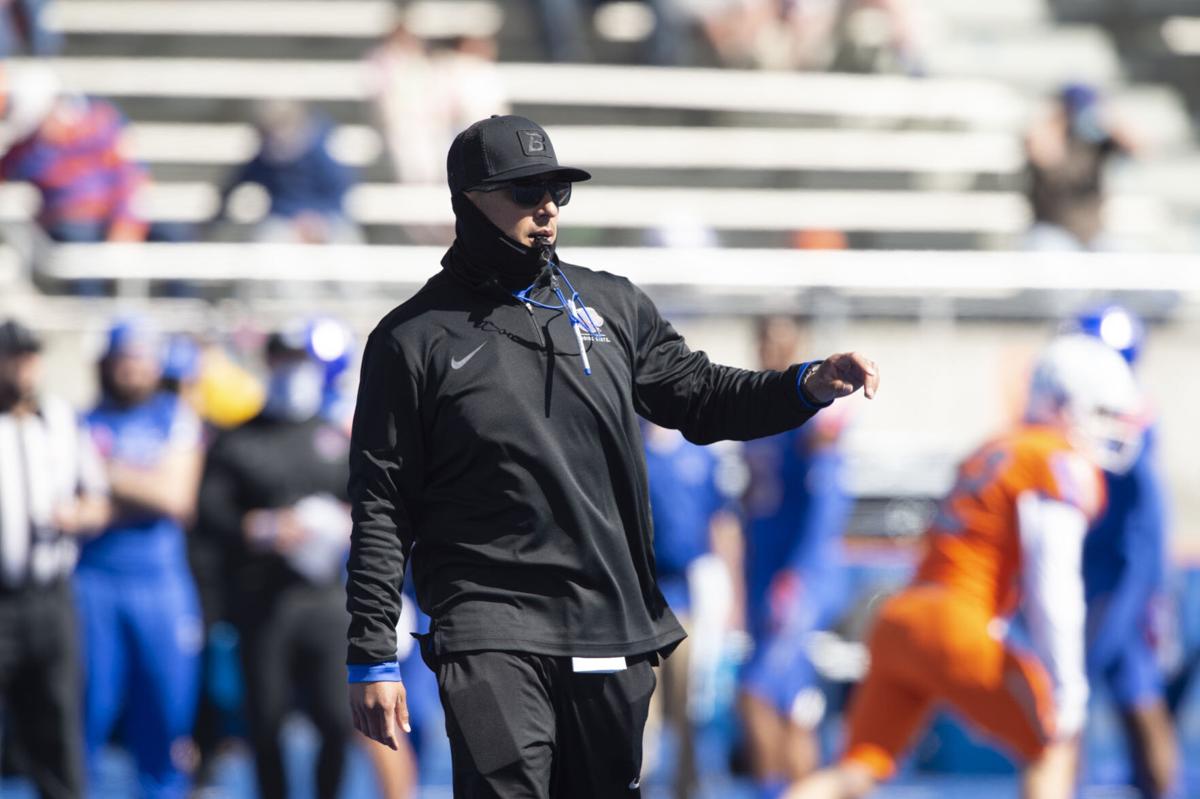 Andy Avalos is entering his first season as Boise State's head coach. He played for the Broncos from 2001-04.

LARAMIE — Another year brings another preseason in which Boise State is the favorite in the Mountain West’s Mountain Division.

It’s a familiar expectation for the Broncos, who’ve been picked by league media each of the last 10 preseasons to win the division. Boise State has either shared or outright won five straight division championships, a streak the Broncos will try to extend this fall with Wyoming scheduled to return to Boise State’s blue turf on Nov. 12.

Depending on how the season goes for both teams up to that point, the matchup could go a long way in determining who actually wins the division. UW, widely considered Boise State’s biggest threat heading into the season, has never beaten the Broncos on their home field. However, UW has lost the teams’ last two meetings by just 11 combined points, including a three-point overtime setback the last time the Cowboys played at Albertsons Stadium in 2019.

Until proven otherwise, though, many expect Boise State to once again represent the Mountain Division in the conference championship game, even with a first-year coach at the helm. Former Boise State player and assistant Andy Avalos returned earlier this year to lead the program after Bryan Harsin’s ultra-successful seven-year tenure with the Broncos landed him the Auburn job.

But Avalos doesn’t exactly have to start over with the roster. Boise State returns 16 starters from its latest division title squad (the Broncos lost to San Jose State in last year’s conference title game), including quarterback Hank Bachmeier.

Bachmeier, a former four-star recruit, has been the Broncos’ primary starter since his freshman season two years ago, but Jack Sears, a transfer from USC, is competing for the job heading into fall camp, a development that came about thanks in large part to how Sears performed last season when Bachmeier was sidelined for a pair of games because of COVID-19 protocols. Sears showed what he’s capable of in a road win at Air Force when he threw for 282 yards and three touchdowns on 17 of 20 passing.

Whoever wins the job will have the luxury of throwing to one of the Mountain West’s top wideouts in Khalil Shakir, who’s back for his senior season. Shakir, recently named a preseason All-American by Pro Football Focus, led Boise State with 52 receptions and six touchdown catches last season, but out wide isn’t the only place in which the 6-foot, 190-pounder speedster can be dangerous.

If first-year offensive coordinator Tim Plough utilizes Shakir like Harsin did, Shakir could also line up in the slot or even in the backfield on any given play. Shakir finished as the Broncos’ third-leading rusher last season on just 17 carries. With another senior, CT Thomas, and tight end Riley Bates also returning, Boise State has its top three pass-catchers back.

Former Mountain West Freshman of the Year George Holani is healthy again after being limited to 19 carries last season because of injuries. Holani and Andrew Van Buren, the team’s leading rusher last season, are being counted on to improve a running game that averaged just 107 yards per game, and having four starting offensive linemen back should also help.

Defensively, both of Boise State’s starting corners, including Avery Williams, are gone, but the Broncos still have one of the conference’s top defensive backs in nickel Kekaula Kaniho, who led the team with seven pass breakups a season ago. Leading tackler Riley Whimpey (team-high 7.5 tackles for loss) is also back as the leader of the linebacking corps while seniors Scale Igiehon and Shane Irwin give the Broncos a couple of veteran playmakers along the defensive front.

The Broncos may feel the impact of Williams’ departure the most on special teams, where he tied the NCAA record with nine career return touchdowns before being drafted by the Atlanta Falcons earlier this year. Boise State might not be quite as explosive as years past in that facet of the game, but there’s still enough talent and seasoning up and down the roster to make the Broncos a viable Mountain West contender once again.

Boise St. At A Glance

THE LATEST: Boise State, which has claimed at least a share of five straight Mountain Division titles, made its fourth straight appearance in the conference championship game last season.

The Cardinals return a wealth of experience and talent from their championship squad.

Andy Avalos is entering his first season as Boise State's head coach. He played for the Broncos from 2001-04.