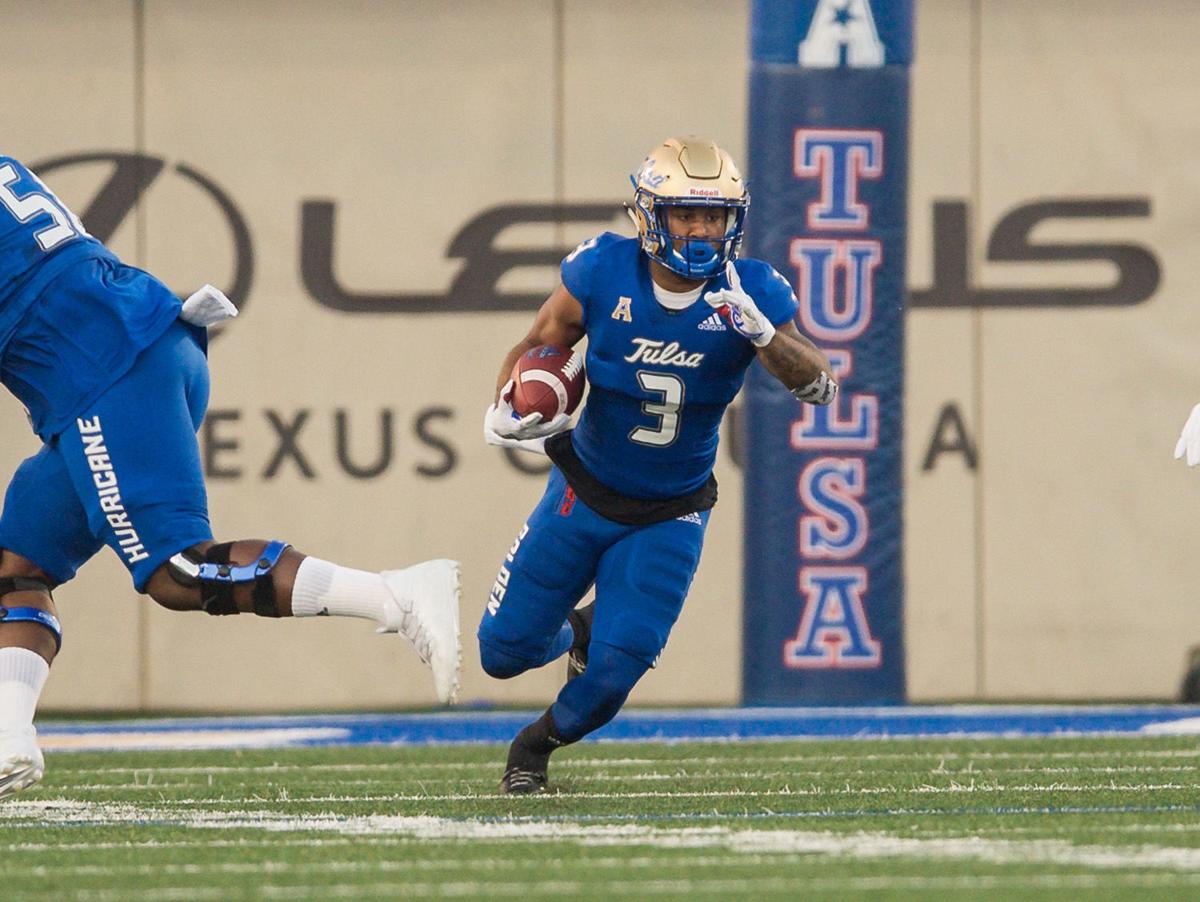 Shamari Brooks is back in Tulsa's backfield after leading the Golden Hurricane with 967 rushing yards last season. 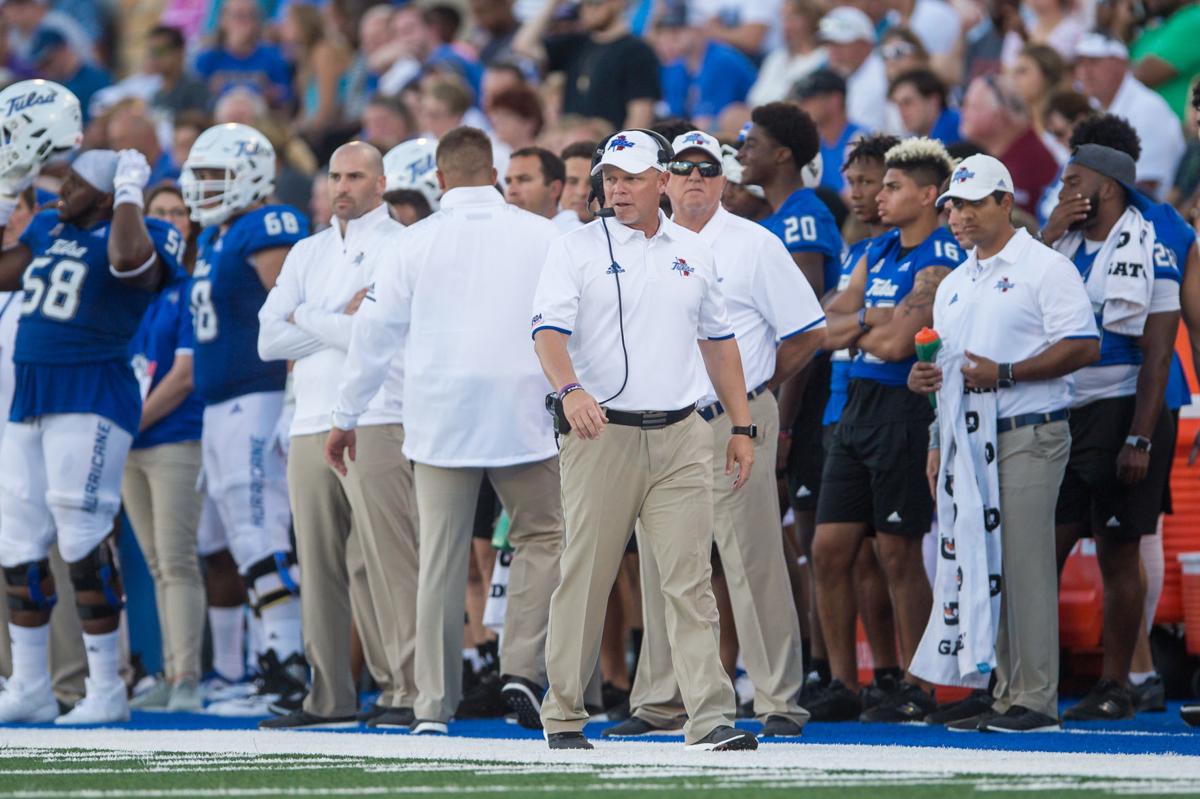 The Star-Tribune is taking an early look at each of Wyoming’s opponents in the order they appear on the Cowboys’ 2019 schedule. Next up is Tulsa.

LARAMIE — If Tulsa is going to turn it around this fall, it’s going to have to find its offense.

That was Philip Montgomery’s specialty when he was hired as the Golden Hurricane’s coach before the 2015 season. The former Baylor offensive coordinator guided Tulsa to a 10-win season in 2016, but the offense has fallen off dramatically as the Golden Hurricane have combined for just five wins the last two seasons.

Tulsa ran for more than 200 yards a game last season, but nothing else really worked. The Golden Hurricane ranked 90th nationally in total yards, 102nd in points and 109th in passing yards on their way to a second straight last-place finish in the American Athletic Conference’s West Division. It makes this season — one in which the Golden Hurricane will play host to Wyoming on Sept. 21 — an important one as it pertains to Montgomery’s future with the program.

Improving the offensive production will have to start with more consistency at quarterback. Tulsa has experienced options in Seth Boomer, who took over after the first four games last season and threw for 1,378 yards and nine touchdowns, and fourth-year junior Zach Smith, who’s eligible after transferring from Baylor. Luke Skipper, who started the first games last season, was also in the mix before the junior decided to give up football this spring.

The competition between Boomer and Smith will continue in fall camp, but two of Tulsa’s top three receivers are back as targets for whoever ends up winning the job. Keylon Stokes led the Golden Hurricane with 575 receiving yards last season while Keenen Johnson, who caught a team-high four touchdowns, is also back to try to help ignite an offense that barely produced 177 yards a game through the air last season.

If there’s good news for Tulsa’s offense, it’s that the Golden Hurricane should have one of the AAC’s better 1-2 punches in the backfield to help take some of the pressure off the passing game. Shamari Brooks finished seventh in the AAC in rushing a season ago with 967 yards and seven scores while Corey Taylor II’s 11 rushing touchdowns tied for fourth-most in the league. They’ll be running behind an offensive line that returns four players with starting experience.

Tulsa could also use some improvement on defense, particularly when it comes to stopping the run. The Golden Hurricane were gouged for more than 233 yards per game on the ground last season and gave up nearly 30 points on average.

It leaves Tulsa clearly in need of more playmakers up front, but the Golden Hurricane are set at linebacker with Cooper Edmiston and Zaven Collins, who led the team with 198 combined tackles and 17 combined tackles for loss last season.

Yet the strength of Tulsa’s defense could lie in the secondary even with veteran safety McKinley Whitfield out of eligibility. The Golden Hurricane have numbers and experience at cornerback with Reggie Robinson II, Allie Green and Akayleb Evans back after each started at least four games a season ago. With senior Manny Bunch also returning at free safety, Tulsa should be in line for another solid season on the back end of a defense that allowed just 174.6 passing yards per game last season — eighth-fewest in the nation.

Of course, getting to the quarterback more often would help for a team that recorded just 14 sacks last season. Defensive end Trevis Gipson, who accounted for a team-high four of those, is also back.

It’s yet another area in which Tulsa could use drastic improvement if the Golden Hurricane are going to make a move in the AAC.

Tulsa At A Glance

THE LATEST: Since winning 10 games in 2016, Tulsa has won just five games with a pair of last-place finishes in the AAC's West Division.

The Star-Tribune is taking an early look at each of Wyoming’s opponents in the order they appear on the Cowboys’ 2019 schedule. Next up is Idaho.

LARAMIE — Wyoming has finalized its football schedule for the 2019 season, which includes a pair of games against teams that finished last sea…

The Star-Tribune is taking an early look at each of Wyoming’s opponents in the order they appear on the Cowboys’ 2019 schedule. Next up is UNLV.

The Star-Tribune is taking an early look at each of Wyoming’s opponents in the order they appear on the Cowboys’ 2019 schedule. Next up is New…

Wyoming opponent preview: Nevada out to build on breakout season

The Star-Tribune is taking an early look at each of Wyoming’s opponents in the order they appear on the Cowboys’ 2019 schedule. Next up is Nevada.

Shamari Brooks is back in Tulsa's backfield after leading the Golden Hurricane with 967 rushing yards last season.