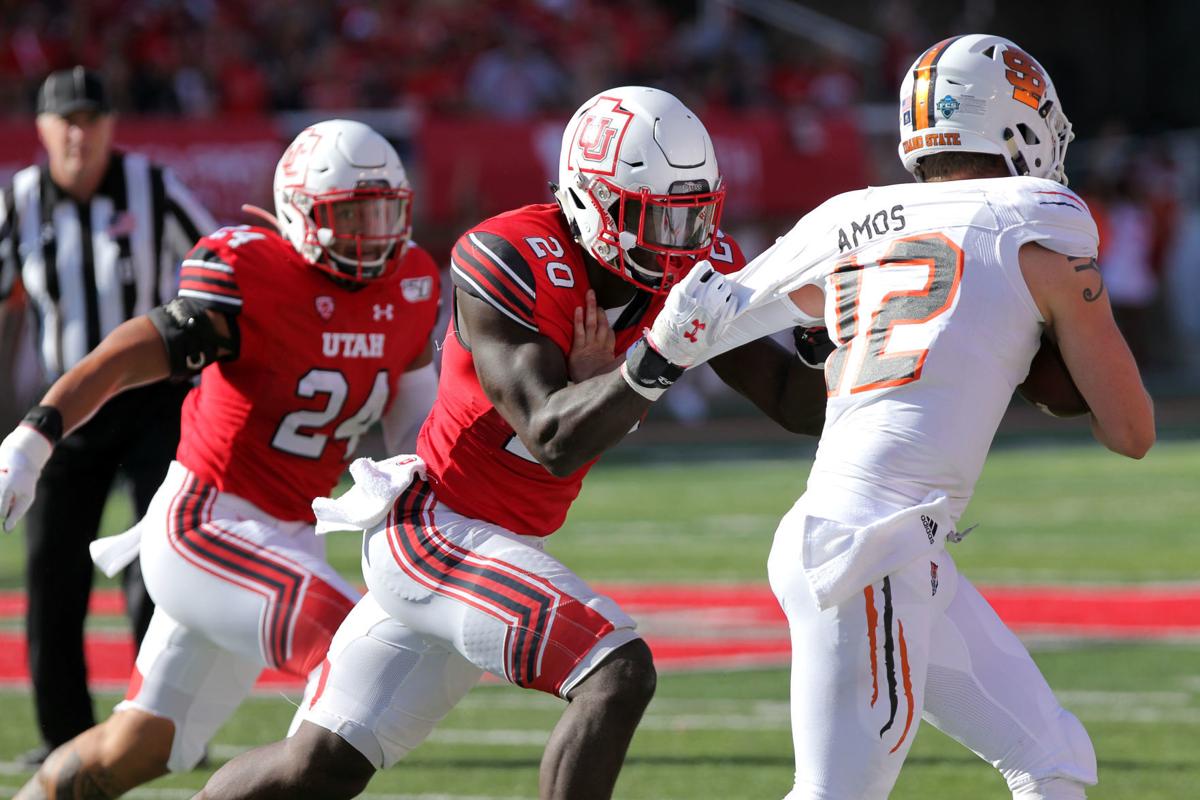 Leading tackler Devin Lloyd (20) is one of 12 starters back from Utah's 11-win team last season. 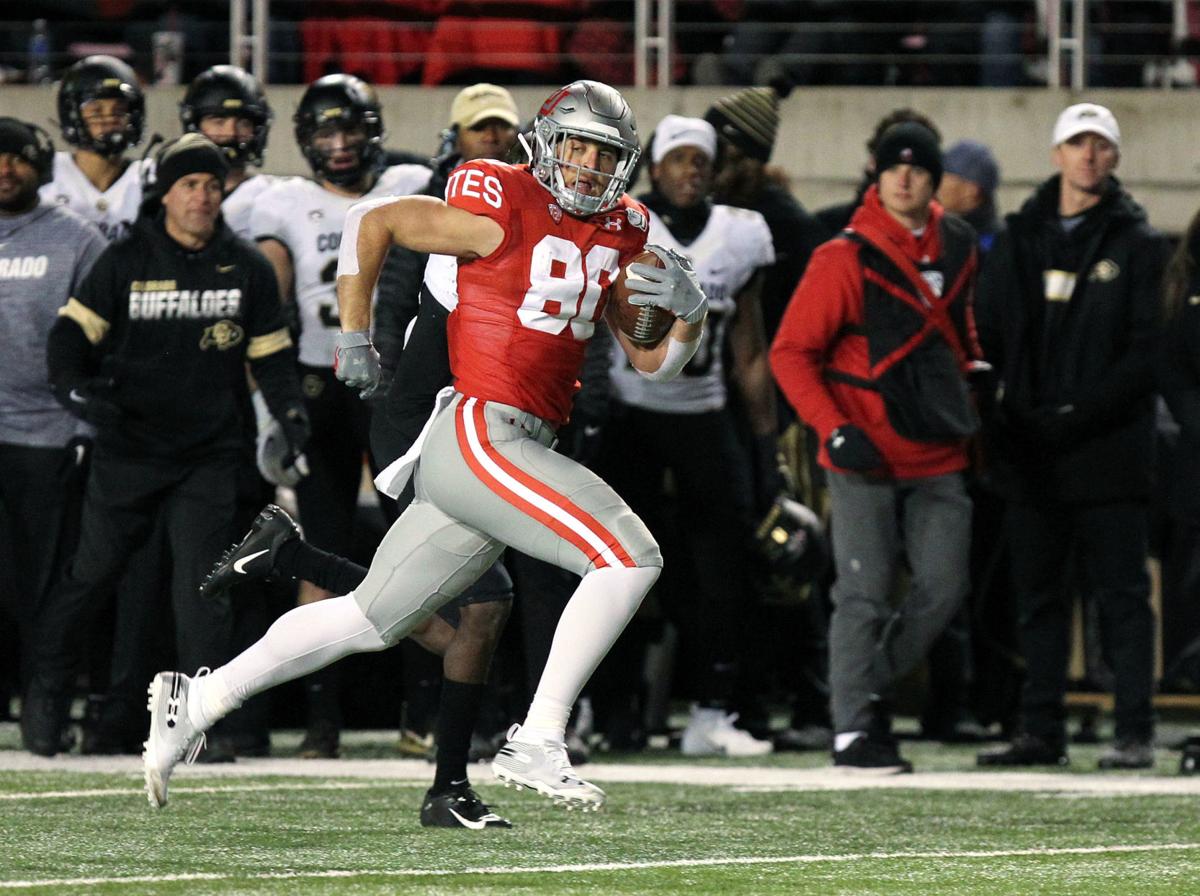 Tight end Brant Kuithe was the Utes' leading receiver last season, though he and the rest of Utah's targets will be catching passes from a different quarterback this fall. 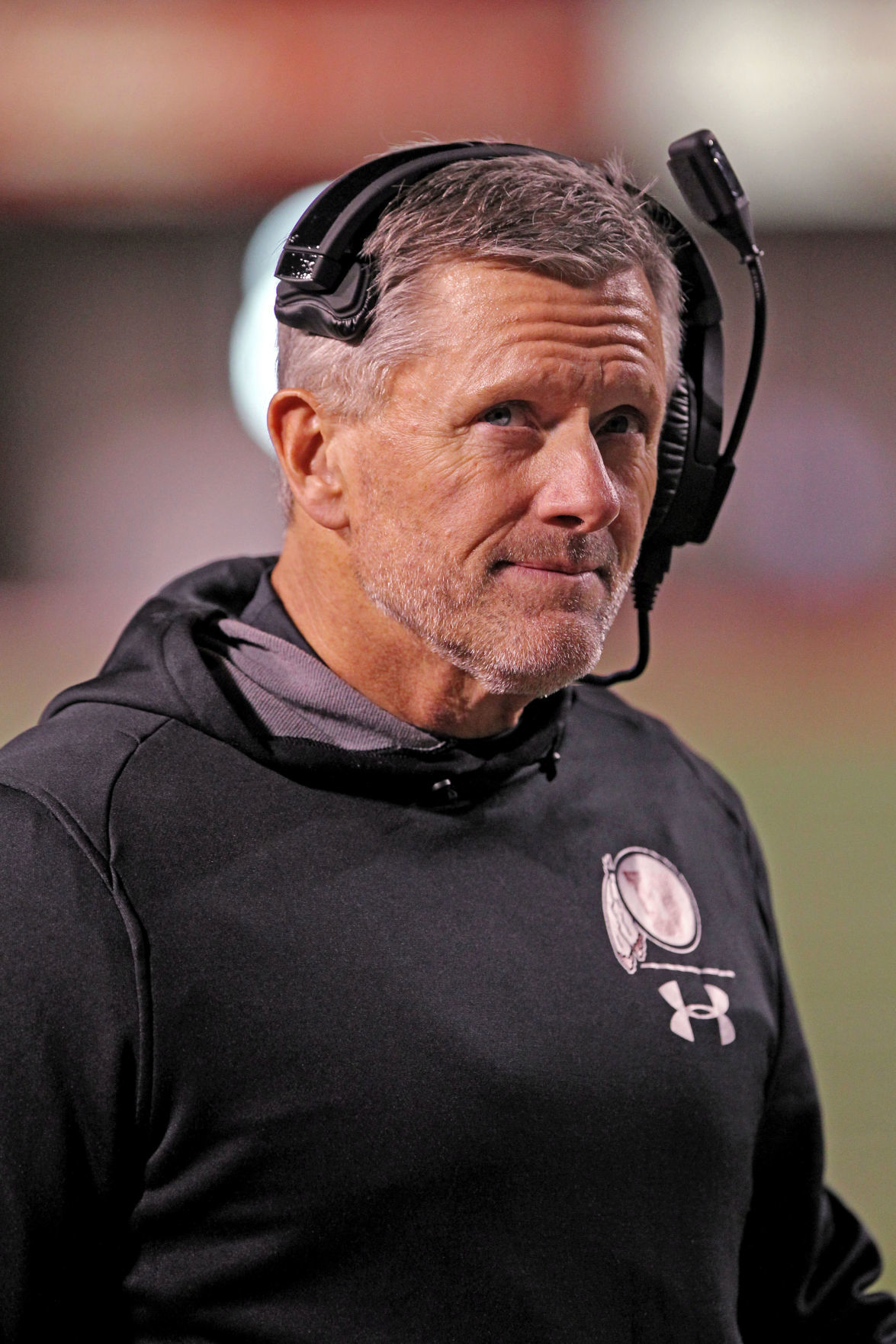 The Star-Tribune is taking an early look at each of Wyoming’s opponents in the order they appear on the Cowboys’ 2020 schedule. Next up is Utah.

LARAMIE — Utah was in the mix for a spot in the College Football Playoff last season until a loss to Oregon in the Pac-12 championship game removed the Utes from the equation.

Whether Utah will be as formidable this season remains to be seen.

Still, the Utes have the Power Five talent and depth that they’ll bring to War Memorial Stadium on Sept. 19. Assuming the scheduled matchup isn’t affected by the coronavirus outbreak, it will be the latest Power Five test for Wyoming, which has played at least one such team in each of Craig Bohl’s six years at the helm.

The Cowboys, who last squared off against Utah in 2010, broke through for their first Power Five win of the Bohl era with last year’s win over SEC foe Missouri, so they certainly have confidence going for them. So does Utah, which is coming off back-to-back Pac-12 South titles and its first 11-win season under veteran coach Kyle Whittingham since an undefeated run to the Sugar Bowl in 2008.

Some major pieces to that success have to be replaced, including all-conference quarterback Tyler Huntley and All-American running back Zack Moss, a third-round pick by the Buffalo Bills in this year’s NFL Draft. Interior defensive linemen Leki Fotu (Arizona Cardinals, fourth round) and John Penisini (Detroit Lions, sixth round) as well as the school’s all-time sack leader, Bradlee Anae (Dallas Cowboys, fifth round), were all among Utah’s seven draft picks — one shy of a school record.

But there are experienced holdovers Utah will blend with some newcomers to try to maintain its spot among the Pac-12’s elite. Power Five graduate transfer Jake Bentley, a three-year starter at South Carolina, may be the favorite to fill the void left by Huntley at quarterback. Bentley played just one game for the Gamecocks last season because of an injury but threw for more than 5,800 yards and 45 touchdowns in his last two full seasons as the starter.

Texas transfer Cameron Rising, who’s now eligible after sitting out last season, figures to be Bentley’s primary competition for the starting job. Redshirt sophomore Jason Shelley, who was moved to safety before the Utes’ bowl game, has entered the transfer portal.

Whoever ends up taking the snaps for Utah will have some seasoned targets in the passing game, including tight end Brant Kuithe, who led the Utes in receiving yards (602) and finished second with nine total touchdowns (six receiving, three rushing) last season. Nick Ford, Simi Moala and Orland Umana return along the Utes’ offensive line and will help block for Jordan Wilmore and Devin Brumfield, who are vying to be Utah’s next starting running back.

Utah returns 12 starters in all, including leading tackler Devin Lloyd, who racked up 91 stops and 6.5 sacks last season from his linebacker spot. Junior defensive end Mike Tafua, an honorable mention all-conference honoree last season, is also returning to a defense that was statistically the best in the Pac-12 last season. The Utes allowed just 15 points per game, which ranked sixth nationally.

Utah also appears set in the kicking game with Jadon Redding back after converting on 76.9 percent (10 of 13) of his field goals as a true freshman.

The Utes have games against BYU and Montana State before making the trip to Wyoming. What will they look like at that point?

Utah At A Glance

Leading tackler Devin Lloyd (20) is one of 12 starters back from Utah's 11-win team last season.

Tight end Brant Kuithe was the Utes' leading receiver last season, though he and the rest of Utah's targets will be catching passes from a different quarterback this fall.