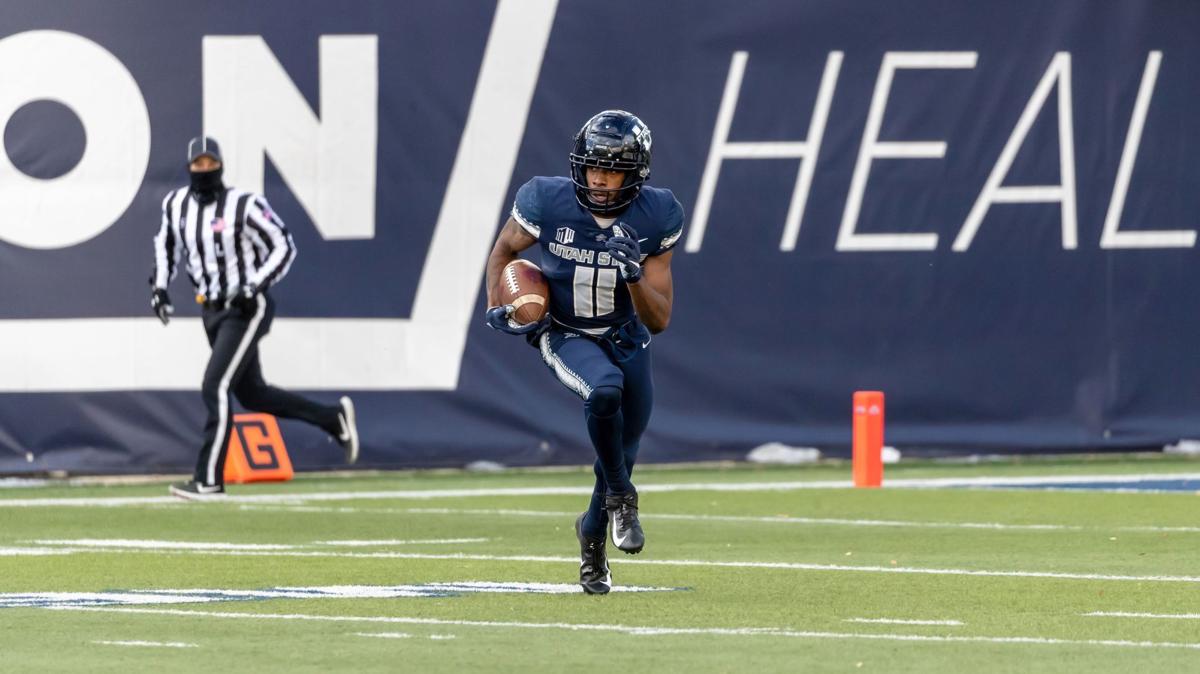 Utah State's Savon Scarver has proven to be one of the country's most dangerous kickoff returns throughout his Utah State career. 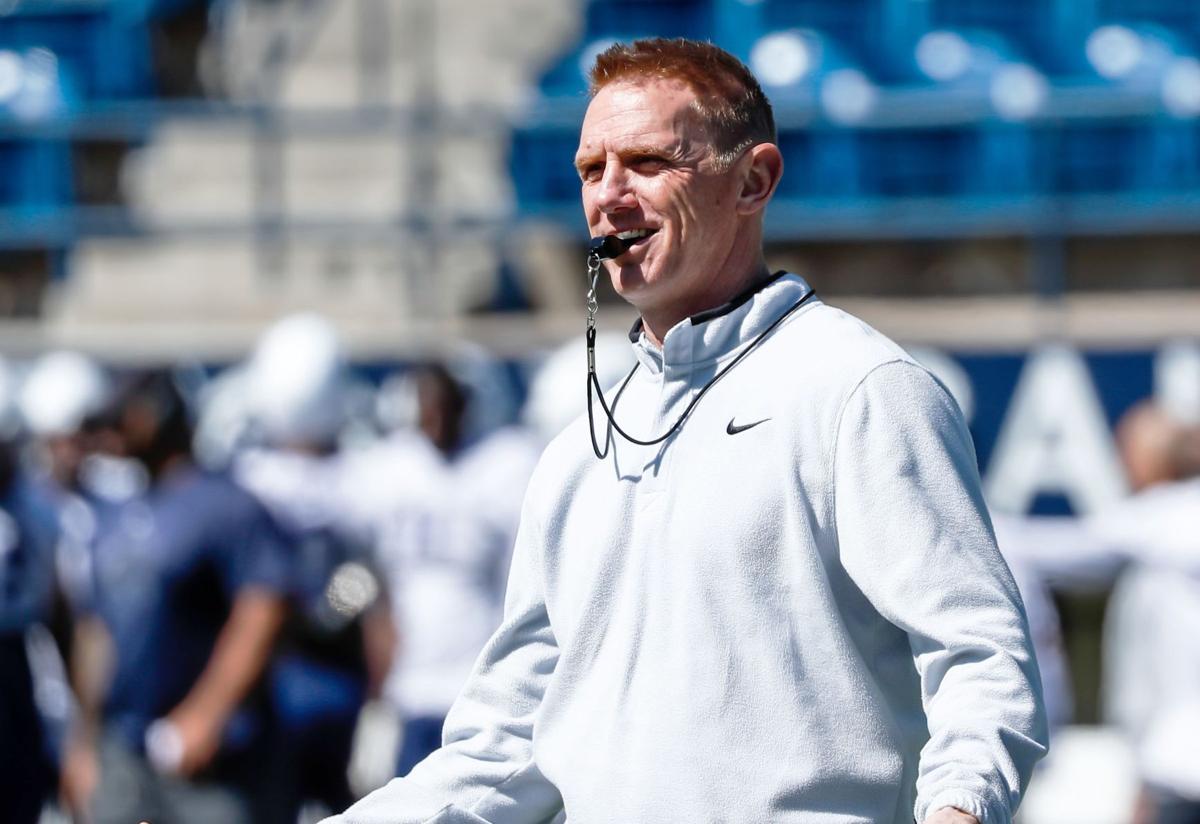 Blake Anderson is entering his first season as Utah State's head coach after a successful seven-year stint at Arkansas State.

After squaring off with Andy Avalos’ Boise State squad in mid-November, the Cowboys will travel eight days later to Utah State, which is ushering in a new era of its own under Blake Anderson. Gary Andersen’s firing after the Aggies’ 0-3 start last season left the program in need of a head coach, and Anderson was hired away from Arkansas State after the season.

UW and Utah State will square off at Maverik Stadium on Nov. 20, their first matchup since the 2019 season. Last year’s game was canceled because of coronavirus-related issues.

Anderson went 51-37 with six winning seasons in his seven years at Arkansas State and will try to bring that success to a Utah State program that’s come back to Earth after its 11-win season in 2018. The Aggies have gone 8-11 the last two seasons, including just one win a season ago.

It was a particularly rough go of it for the offense last season in the first year of the post-Jordan Love era. The Aggies averaged less than 280 yards and 15.5 points per game. Those are the kind of numbers Anderson, North Carolina’s offensive coordinator before landing at Arkansas State, will want to improve on quickly, but he and first-year offensive coordinator Anthony Tucker will have to sort out the quarterback situation first.

Jason Shelley, who led Utah State in passing last season, has transferred after being dismissed from the team. Youngsters Andrew Peasley (five games played last season) and Cooper Legas are back, but Anderson brought his own quarterback with him in transfer Logan Bonner, who completed 60% of his passes in 11 games for Arkansas State last season and may very well be the favorite in the competition.

The Aggies’ offense got some good news when leading receiver Deven Thompkins pulled his name out of the transfer portal and decided to stay put, and Utah State is returning its offensive line intact. Leading rusher Jaylen Warren left for Oklahoma State, so the Aggies will need a new featured back to emerge. That could be Oregon State transfer Calvin Tyler Jr., and senior Devonta’e Henry-Cole is still in the backfield, too.

Utah State is also in dire need of improvement defensively — the Aggies finished in the bottom three of the Mountain West in yards and points allowed last season — and having its top nine tacklers back should help. The second level is particularly loaded with experience with leading tackler AJ Vongphachanh, senior Kevin Meitzenheimer and Arkansas State transfer Justin Rice, who began his college career at Fresno State, at linebacker.

The defensive line is young, but senior defensive tackle Marcus Moore is a veteran presence in the middle. In the secondary, the Aggies have one of the conference’s top safeties back in Shaq Bond, the team’s second-leading tackler last season who also had a team-high three pass breakups and one interception.

And when it comes to special teams, Utah State has a kick returner that’s as good as any in the country. Senior Savon Scarver has been an All-American in that role during his time with the Aggies, averaging nearly 29 yards per return for his career. His six career kickoff returns for touchdowns are a school record and tied for the fifth-most in NCAA history.

Scarver is a bonafide weapon that’s capable of changing the momentum of a game, but Utah State will need significant improvement in the other two facets of the game if it wants to contend in the Mountain West in Anderson’s debut season.

Utah St. At A Glance

THE LATEST: Gary Andersen was fired as Utah State's head coach three games into the Aggies' first losing season since 2017.

NEW ERA: Blake Anderson was tabbed as Andersen's replacement after a seven-year tenure at Arkansas State.

Will we see Deshaun Watson this season?

Will we see Deshaun Watson this season?

Running back Xazavian Valladay, linebacker Chad Muma and offensive lineman Keegan Cryder were selected by members of the media Thursday.

Utah State's Savon Scarver has proven to be one of the country's most dangerous kickoff returns throughout his Utah State career.

Blake Anderson is entering his first season as Utah State's head coach after a successful seven-year stint at Arkansas State.