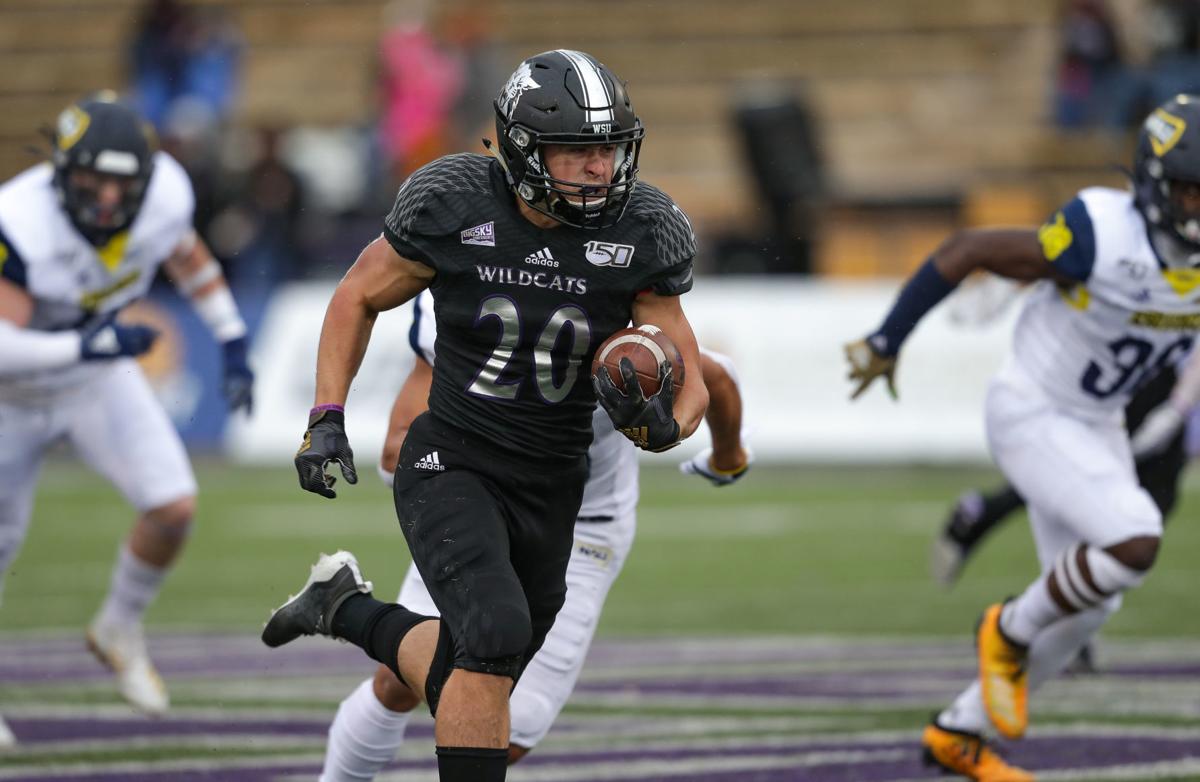 All-American running back Josh Davis is one of 17 starters returning for Weber State this season. 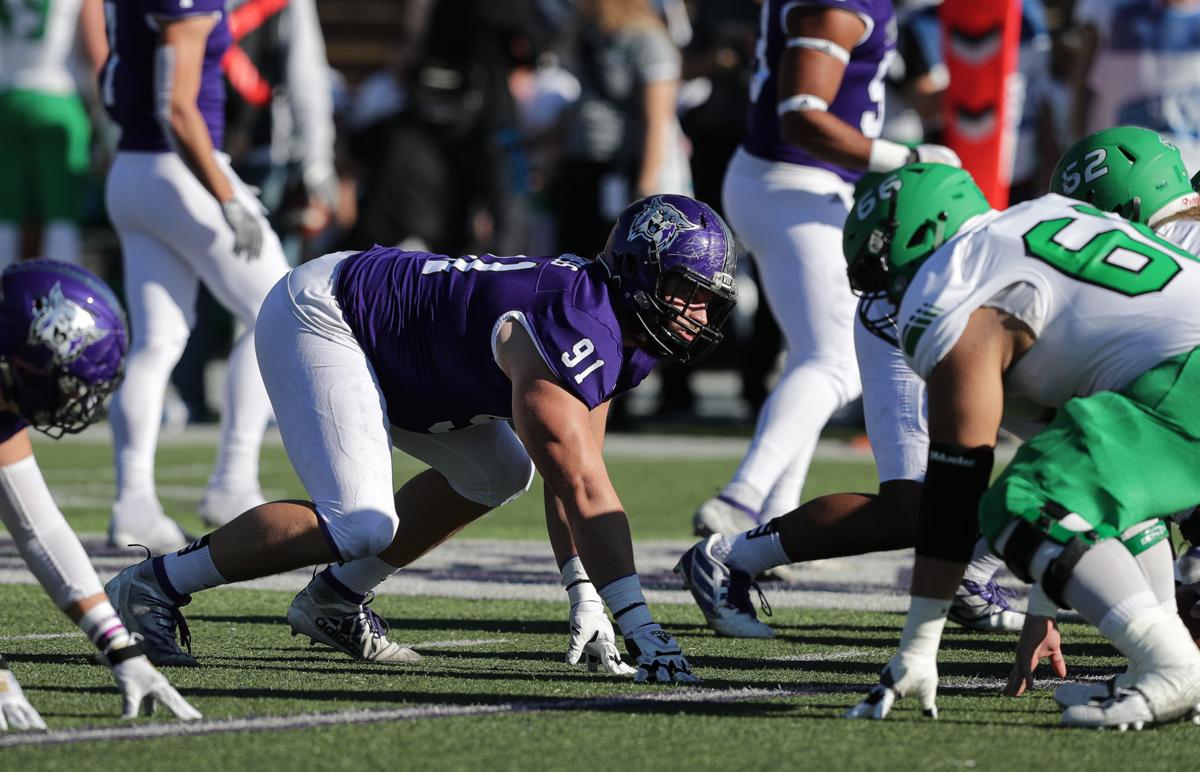 Jared Schiess is back at defensive end for a Weber State defense that was statistically the best in the Big Sky last season. 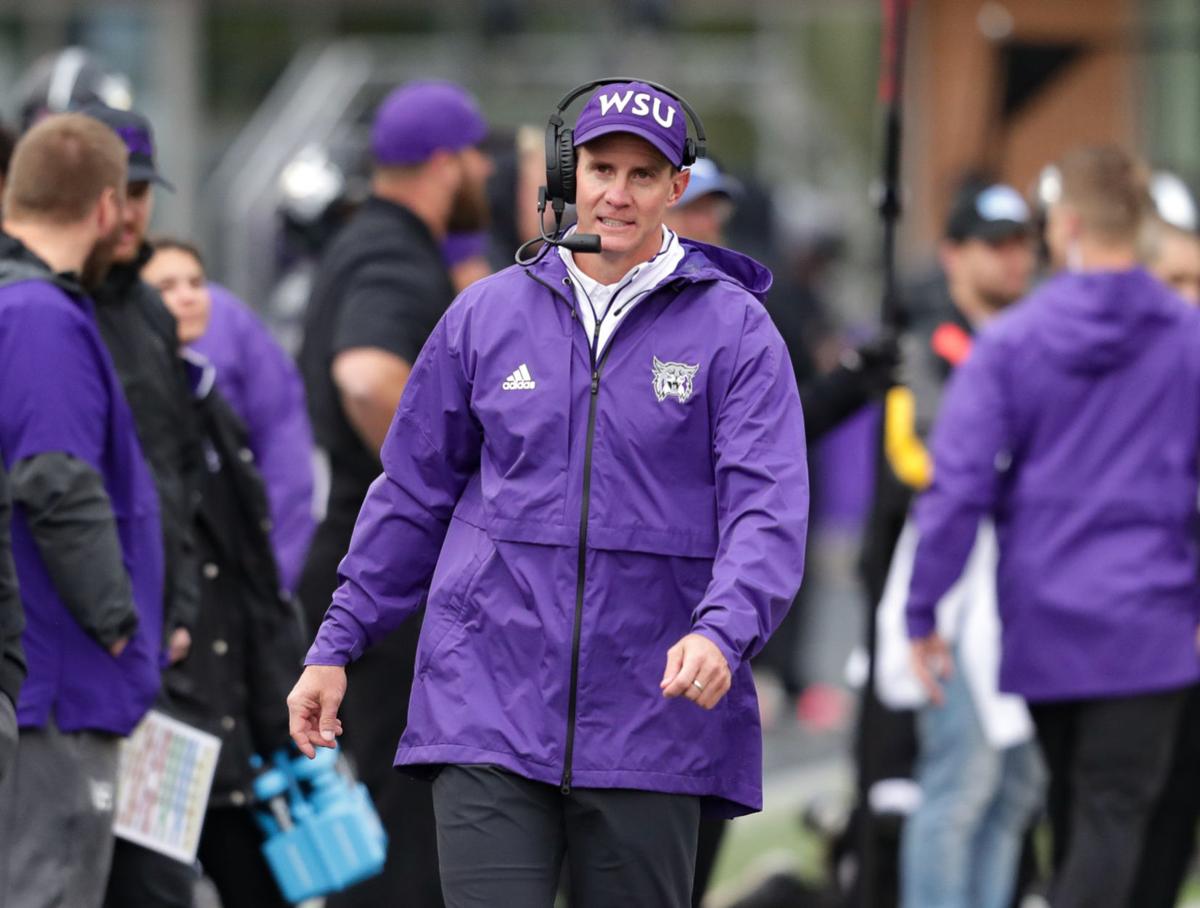 Jay Hill has turned Weber State into one of the top programs in the Football Championship Subdivision.

The Star-Tribune is taking an early look at each of Wyoming’s opponents in the order they appear on the Cowboys’ 2020 schedule. First up are the Weber State Wildcats.

LARAMIE — It would be easy for Wyoming and its fan base to overlook the lone Football Championship Subdivision opponent on the Cowboys’ schedule this fall.

Weber State, though, isn’t your ordinary level of FCS competition.

Assuming the beginning of the college football season isn’t affected by the coronavirus pandemic, UW will start things off against one of the more formidable teams from Division I’s lower level on Sept. 5 at War Memorial Stadium. Weber State is one of three teams on the Cowboys’ non-conference slate that won 11 games a season ago.

The Wildcats have been an FCS playoff participant each of the last four seasons and made their deepest postseason run under seventh-year coach Jay Hill last season, advancing to the semifinals for the first time ever and ending the season ranked No. 3 nationally — the highest ranking in program history. Weber State has won three straight Big Sky Conference championships, averaging 10.6 wins during that time.

And there’s still enough talent on the roster to make Weber State a legitimate threat for a four-peat.

The Wildcats return 17 starters from last year’s team, including All-Americans Josh Davis and Rishad Shaheed. Davis rushed for 1,136 yards and 11 touchdowns last season, including a school-record 328-yard performance against Northern Arizona. Shaheed, a senior, has 1,218 receiving yards and 11 touchdown receptions for his career and is also the school’s all-time leader in kickoff return average (29.1 yards).

Weber State also returns multiple starting offensive linemen, including preseason All-American Ty Whitworth, for an offense that averaged 339 yards and 27.8 points per game last season. The only lingering question for the Wildcats on that side of the ball is a big one: Who takes over at quarterback?

But the Wildcats seemingly have an answer to life after Jake Constantine, who completed 61 percent of his passes for 2,223 yards and 15 touchdowns last season before entering the transfer portal. Last month, Weber State landed Football Bowl Subdivision transfer quarterback Randall Johnson, who will be immediately eligible after redshirting during his only season at Middle Tennessee State.

Johnson, a former three-star recruit, played two seasons of junior college ball at Reedley (California) College and was named the Golden Coast Conference Offensive Player of the Year in 2018, giving Weber State first-year offensive coordinator Matt Hammer some experience to work with at the position. Junior Kaden Jenks, who played in seven games last season, and sophomore Kylan Weisser will likely be Johnson’s stiffest competition for the starting job.

Weber State is plenty seasoned on the other side of the ball, too, with eight starters returning to the Big Sky’s top defense. That group includes defensive linemen Jared Schiess and George Tarlas, cornerback Eddie Heckard and safety Preston Smith, all of whom were all-conference selections last season.

The Wildcats also have one of the FCS’s most prolific kickers in two-time All-American Trey Tuttle, who’s converted on 76.3 percent of his field-goal attempts in his career. He’s just seven shy of becoming Weber State’s all-time leader in made field goals.

Stepping down a level in competition hasn’t been a cakewalk for UW in recent years. The Cowboys needed a fourth-quarter rally to get past Wofford in 2018 and eked out a 21-16 home win over Idaho last season.

The Cowboys would be wise not to sleep on Weber State either.

Weber St. At A Glance

GOING DEEP: The Wildcats' appearance in the FCS semifinals last season was the deepest playoff run in school history.

All-American running back Josh Davis is one of 17 starters returning for Weber State this season.

Jared Schiess is back at defensive end for a Weber State defense that was statistically the best in the Big Sky last season.

Jay Hill has turned Weber State into one of the top programs in the Football Championship Subdivision.