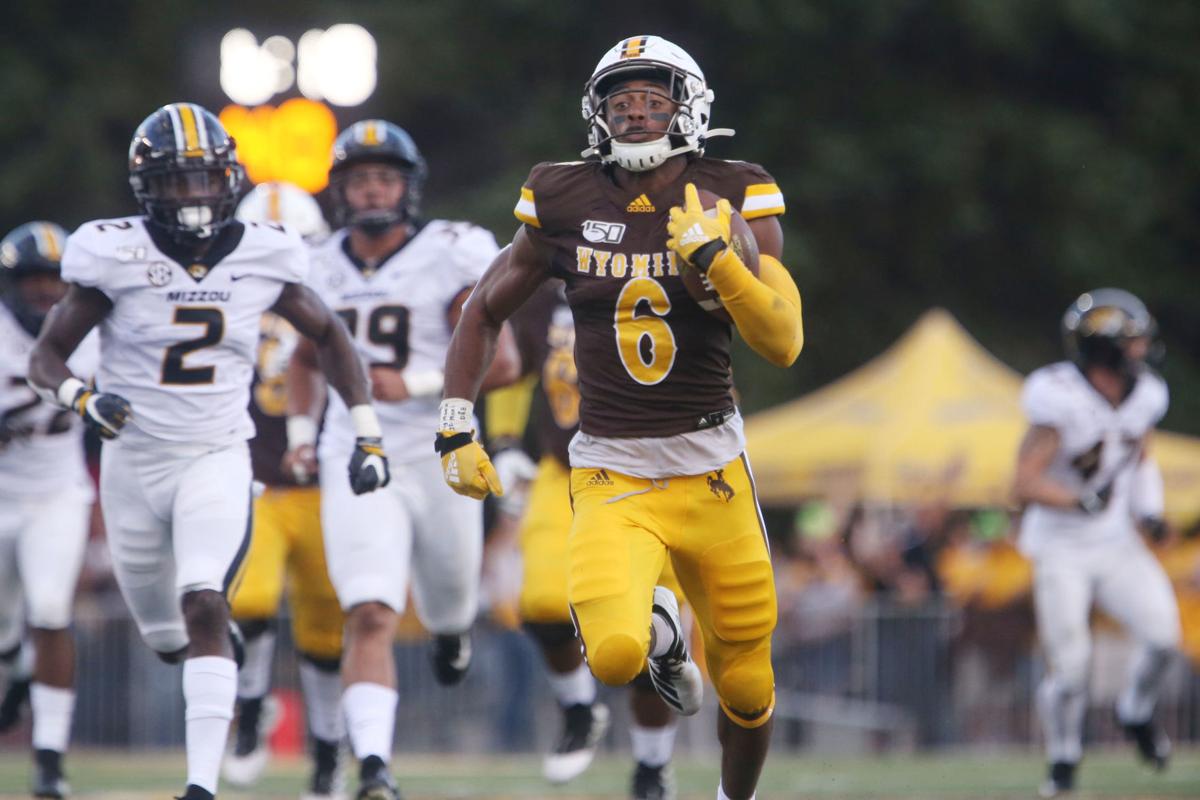 Wyoming running back Xazavian Valladay rushes for a 61-yard touchdown against Missouri on Aug. 31, 2019, at War Memorial Stadium in Laramie. 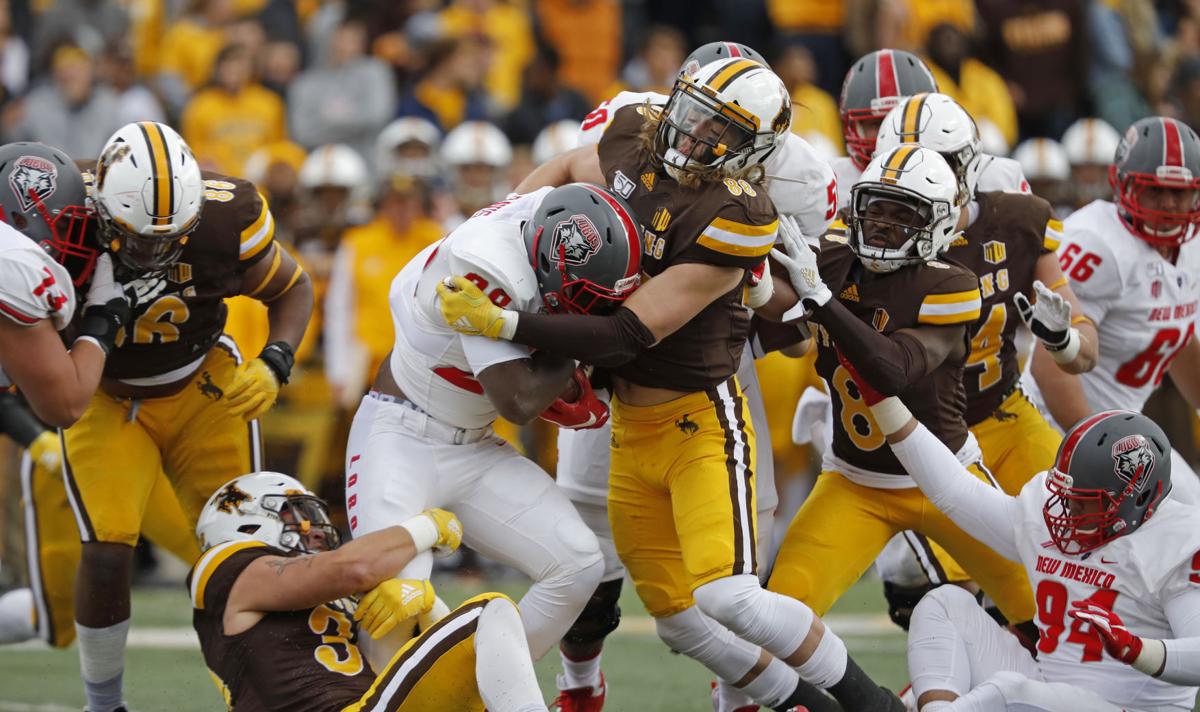 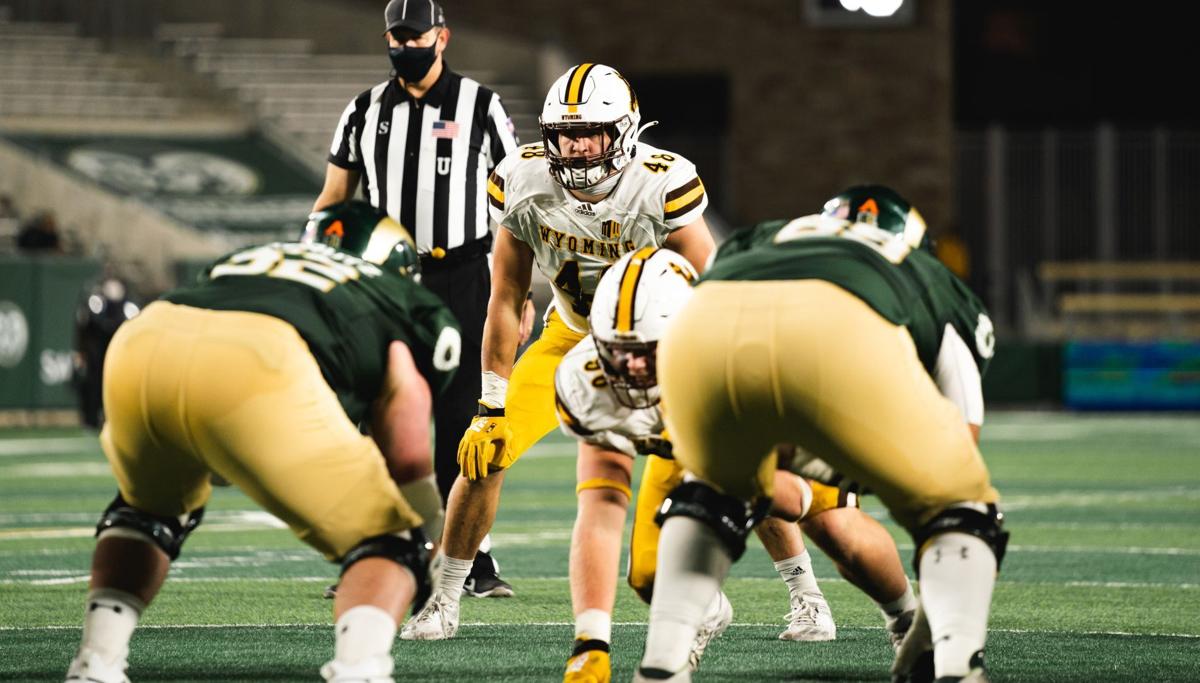 LARAMIE — The NFL Draft came and went over the weekend without a player from the University of Wyoming hearing his name called, the first time that’s happened since 2016.

It’s never too early to start talking about next year, and just because no Cowboys were taken in this year’s draft doesn’t mean there aren’t NFL-caliber players on the roster. Don’t forget, too, that most of UW’s seniors took advantage of the NCAA’s extended eligibility amid the coronavirus pandemic by deciding to return to school for an additional season.

And while UW doesn’t often have underclassmen declare early for the draft — quarterback Josh Allen, a top-10 pick in 2018, and running back Brian Hill, who became UW’s all-time leading rusher in just three seasons, are recent exceptions — the eligibility relief has made for an interesting dynamic. With last season being a free one for all players, juniors who would typically be seniors the following season will still be juniors this fall in terms of their eligibility.

Age, production and projection will all play a part in not only who may decide to leave a year of eligibility on the table but also see their name come off the board next year. Without further ado, here are some UW players (in no particular order) who could be taken in the 2022 NFL Draft.

Given Valladay’s production and skill set, the Cowboys’ running back may currently be the best draft prospect on the roster.

As a fourth-year junior last season, Valladay could’ve made himself available for this year’s draft after finishing as the Mountain West’s second-leading rusher on a per-game basis. Instead, Valladay is back as arguably the league’s top all-purpose back.

Valladay, the conference’s leading rusher during his first season as UW’s primary back in 2019, has accounted for 2,575 all-purpose yards in 29 career games. He’s caught 28 passes for 351 yards and two scores and was UW’s second-leading receiver last fall.

Durability is admittedly something Valladay is working to improve after being hampered with late-season injuries the last two seasons, but his ability to be a threat both rushing and receiving will have value to NFL teams. And even though Valladay technically still has two years of eligibility left, if he has a season that’s anywhere close to the production he’s had the last two, it’s hard to envision a scenario where he doesn’t start his professional career early given the short shelf life running backs typically have in the NFL.

One of the “super seniors” who decided to return for another year, Crall is one of the defense’s unquestioned leaders entering his sixth and final season with the Cowboys. It will also be the most important one for the veteran defensive end’s draft prospects.

Crall is UW’s active leader in tackles (147) and sacks (13.5). The stats aren’t as good as they could be, though, with Crall bouncing in and out of the lineup over the last three seasons with various injuries.

When healthy, Crall has been productive. Take UW’s pandemic-shortened season last fall for example. Crall, who was coming off offseason foot surgery, only played the last three games but finished with 21 tackles, three tackles for loss and a pair of sacks.

NFL teams would probably like to see a bump in Crall’s sack numbers. He’s never had more than 4.5 in a season, but he’s a physical player at the point of attack who has ideal size (6-foot-5, 239 pounds) for the position. A full, healthy season of production could put Crall into legitimate draft conversation.

Remember Roullier, the all-conference offensive lineman who started a bunch of games for UW before being a late-round pick by the Washington Football Team in 2017? Cryder could be on the same trajectory.

Entrenched as UW’s starting center, Cryder was a freshman All-American in 2018, a second-team all-Mountain West selection in 2019 and a first-team all-league performer last season. Not only has he proven to be one of the best interior offensive lineman in the Mountain West but also one of the most durable. He’s started all 31 games he’s played at UW.

Four of those starts came at guard as a freshman, so the 6-4, 309-pounder has the ability to play multiple positions up front. And versatile, durable, athletic interior linemen will never not be attractive to NFL teams.

Like Valladay, Cryder will be a fifth-year junior this season. If he’s in position to be drafted after this fall, it could be his last in Laramie.

Last spring, Muma was a largely unknown commodity outside of Wyoming getting ready to step in at middle linebacker for Logan Wilson, who was taken by the Cincinnati Bengals in the third round of last year’s draft. Now, there may not be a player on UW’s roster whose draft stock is rising faster than Muma’s.

After serving as UW’s third linebacker in 2019, Muma burst onto the scene last fall as a tackling machine for the Cowboys. The 6-3, 242-pounder racked up 72 tackles, which put him on pace for 144 over a full 12-game season. He finished as the third-leading tackler in the Football Bowl Subdivision and added eight tackles for loss and three sacks for good measure.

The obvious comparison for Muma is Wilson given he’s had similar production at the same position, though coverage in the passing game isn’t something that comes as naturally to Muma as it did to his predecessor. Muma has admitted as much this spring, noting pass coverage is something he needs to hone in order to become a true three-down ‘backer.

But Muma, a fourth-year junior, looks primed to become UW’s next NFL linebacker. Another season like the one he had last fall, and he could make the jump to the next level sooner rather than later.

We’re grouping UW’s starting cornerbacks together here given their similar skill sets. Having battled his share of injuries at UW, Coldon has been limited to just 12 games the last three seasons. Hearn, meanwhile, has spent just two seasons in UW’s program after transferring from Arizona.

But both certainly look the part of next-level corners.

At 6-1 and 180 pounds, Coldon, another fifth-year junior, has the kind of length and range that makes it difficult for receivers to get much separation, which NFL teams covet at the position. The same could be said for Hearn, who goes 6-1 and 202 pounds. Last year was the first time Coldon made it through a full season healthy, and he responded by leading UW with two interceptions and finishing second on the team with three pass breakups. Hearn, who’s started 16 games at UW, had a team-high four pass breakups, though he’s yet to record a pick in his career.

Another full season from both would help offer a larger sample size to NFL teams, but Coldon and Hearn both have tools that project well to the next level.

Smith will be a fascinating case for the NFL.

The oldest player on UW’s roster, Smith, who came to UW two years ago as a graduate transfer, is beginning his seventh year in college after opting to use the extra year of eligibility granted by the NCAA. He’s got NFL bloodlines — his father, Jimmy, was an All-Pro receiver for the Jacksonville Jaguars in the late 1990s — and he has been productive with his carries at UW, averaging 5.4 yards per tote.

But whether it be at UW or during his four seasons at Louisville, Smith has never been the featured back. That’s kept plenty of tread on the tires — so far, Smith has just 214 carries in college (Hill had 775 in his three years at UW) — but he will be 26 years old by the time next year’s draft rolls around, which is going to limit his ceiling. But there could be enough positives to Smith’s game for an NFL team to take a flyer on him if pursuing pro football is something Smith still wants to do.

The next level is still the primary goal for the Cowboys' 25-year-old running back, but Smith has some unfinished business to handle during his time at UW.

Jaylen Blizzard is the third known verbal pledge in the Cowboys' 2022 recruiting class.

The former Natrona County running back is headed to South Dakota to play for Northern State University.

Modifications to the amount of full contact allowed during preseason practices are expected to be ratified by the NCAA Division I Council later this month.

What to watch for in Wyoming football's spring game

The Cowboys' new offense and the quarterbacks vying to lead it are among the things worth keeping an eye on Saturday.

After getting the offer he'd been waiting for, the Skutt Catholic (Nebraska) High signal caller plans to stick with his commitment this time.

Wyoming running back Xazavian Valladay rushes for a 61-yard touchdown against Missouri on Aug. 31, 2019, at War Memorial Stadium in Laramie.