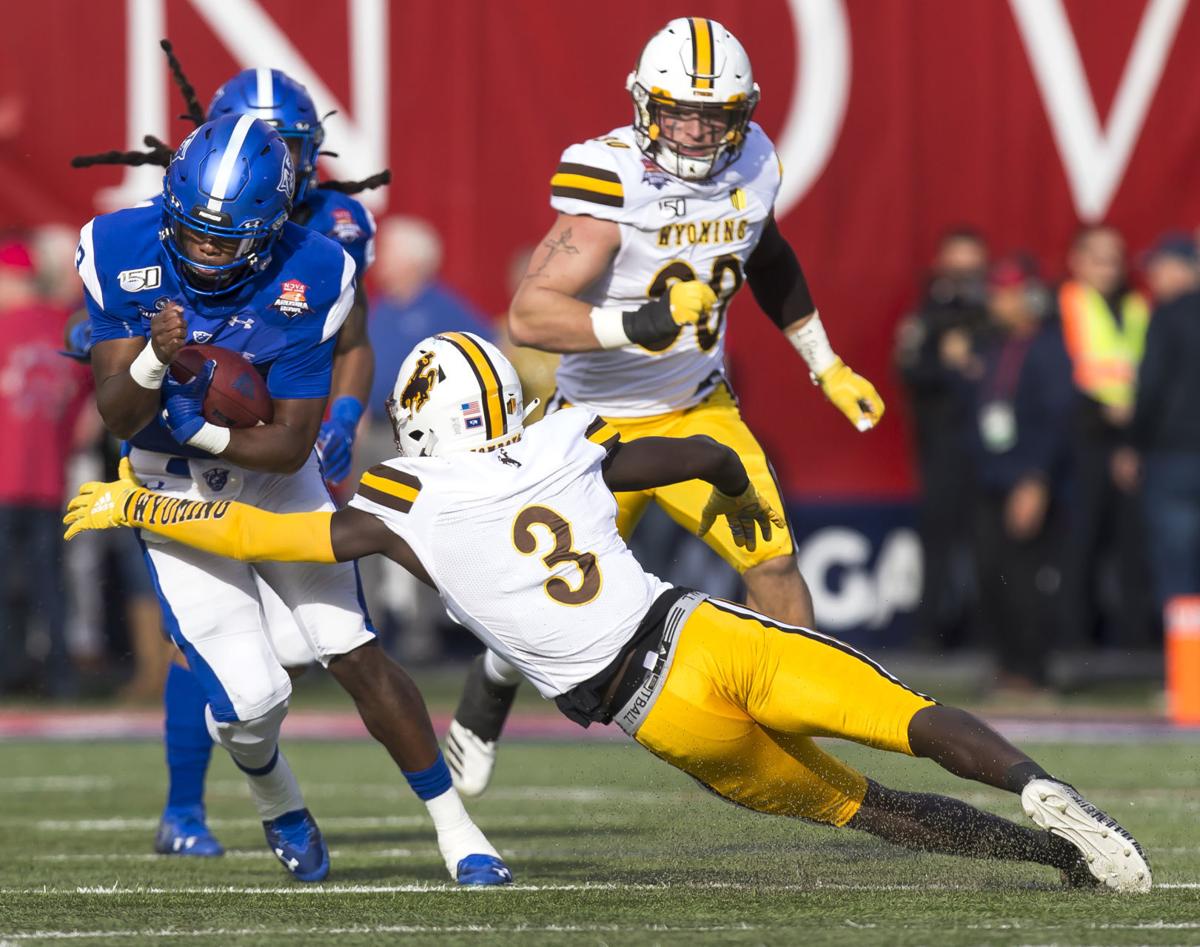 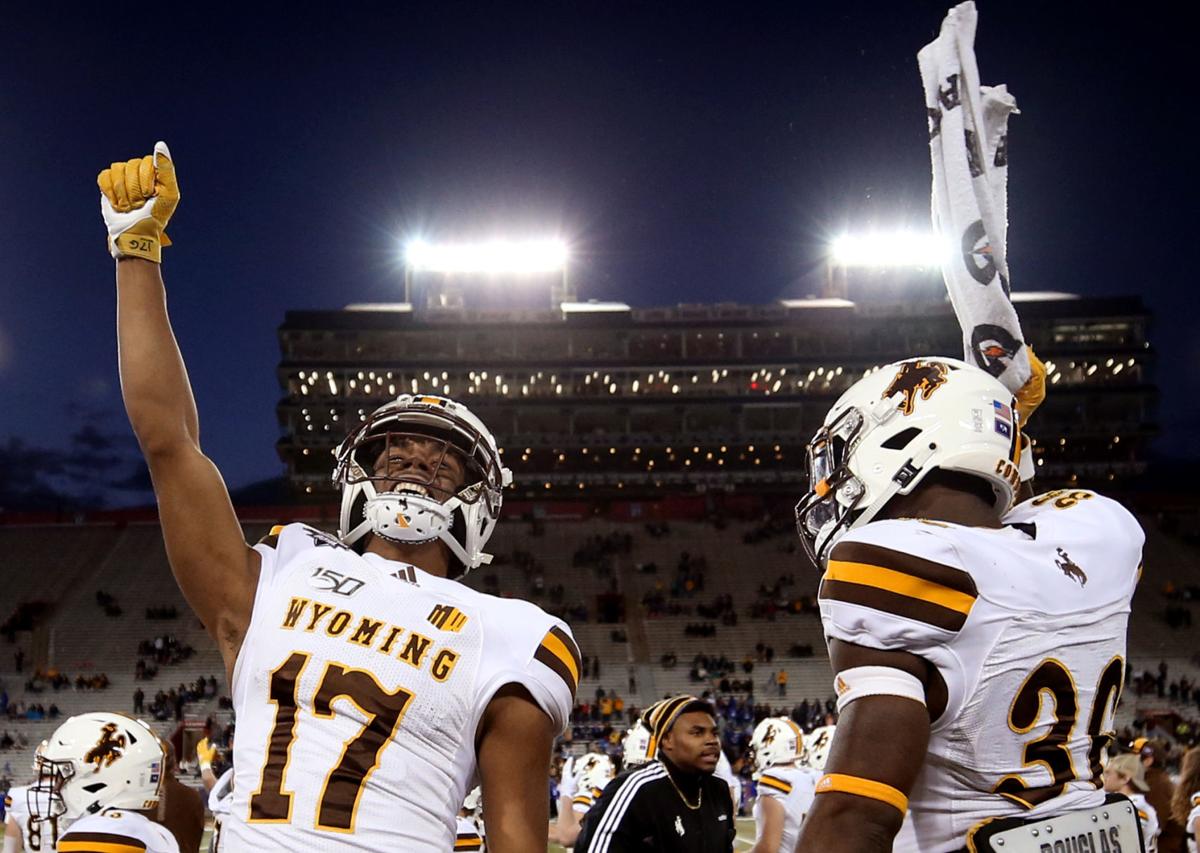 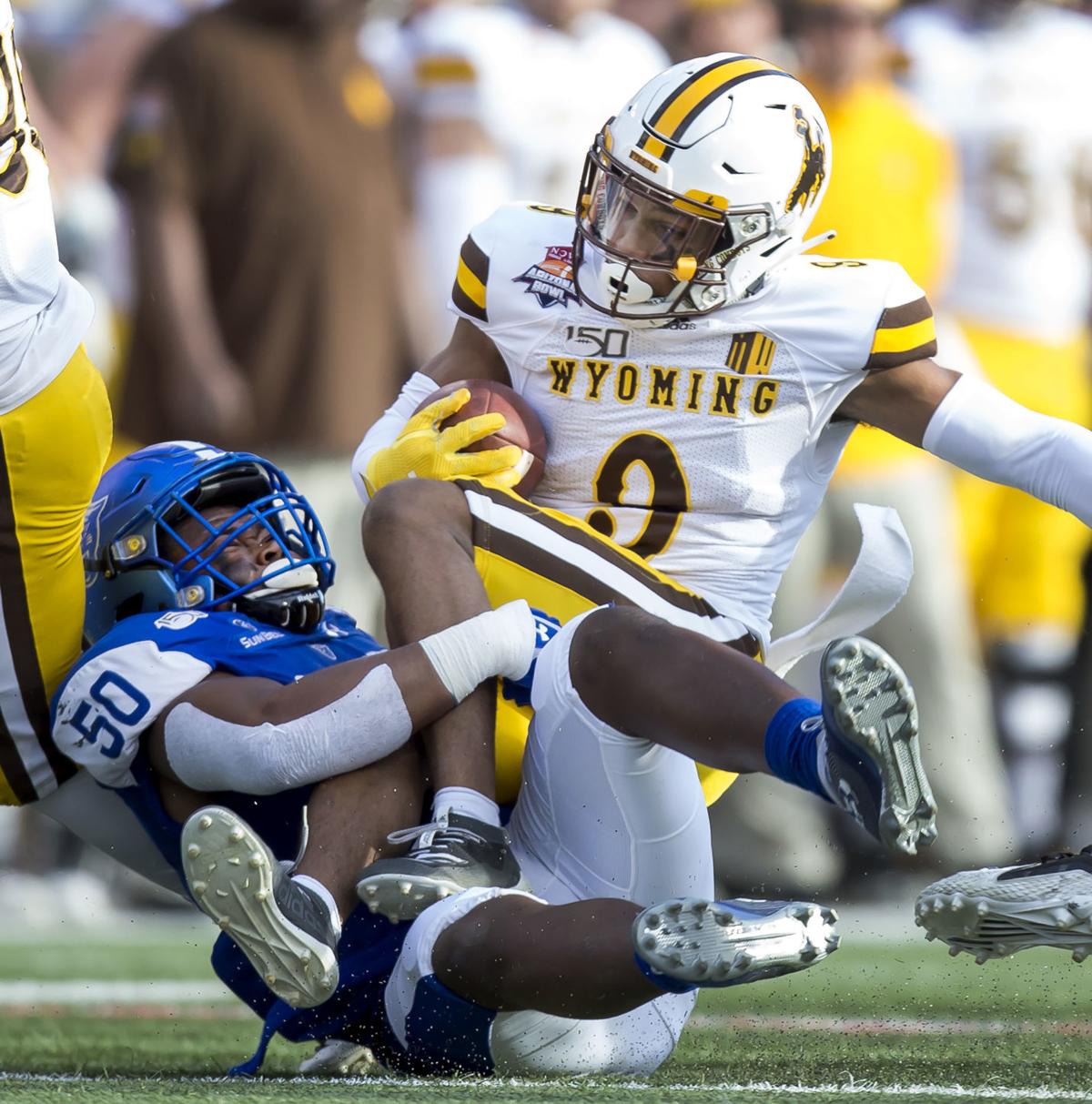 LARAMIE — Reality began to set in before the end even started.

Sitting beside his head coach, Craig Bohl, and two fellow seniors in kicker Cooper Rothe and linebacker Logan Wilson during a press conference 24 hours before the Arizona Bowl, Wyoming receiver Austin Conway talked about how he spoke to the Cowboys’ younger players following the team’s final practice of the season, something Bohl allows his seniors to do every year.

That, Conway said, is when it hit home for him that this was it. Conway’s voice then began to crack as he turned and looked his coach squarely in the eyes.

“Coach, everyone will tell you we’re grateful for the opportunity you gave us and truly, truly, truly blessed,” Conway said. “It’s going to be hard.”

Conway came to Wyoming as a point guard for the Cowboys’ basketball team before eventually making the switch to football four years ago. Rothe, a Colorado native like Conway, was also part of Wyoming’s 2016 signing class. For others like Wilson, his prep teammate at Natrona County High School, Josh Harshman, and defensive end Josiah Hall, the journey began five years ago and included redshirts for either developmental or injury purposes.

Yet when the last second ticked off the clock on the final game of their collegiate careers Tuesday inside Arizona Stadium, it all seemed like a blur.

“I always have a hard time,” Bohl said. “These guys, you see them when they first come in, they’re young guys, they’re trying to find their way and they don’t have whiskers. And the next thing you know, they’re gone.”

But not before one last celebration. The Cowboys crawled out of an early 7-0 hole against Georgia State by scoring 31 of the game’s next 34 points en route to a convincing 38-17 win — the second-largest margin of victory ever in Wyoming’s bowl history.

And many of the seniors had an impact on the lopsided outcome.

While freshman quarterback Levi Williams (four total TDs) and sophomore running back Xazavian Valladay (295 all-purpose yards) stole the show, Conway caught an 18-yard touchdown pass to give Wyoming the lead for good late in the first quarter. Rothe was a perfect 5-for-5 on extra points and boomed a career-long 53-yard field goal in the first half. Wilson was Wyoming’s second-leading tackler with seven stops to give him 105 for the season — the third straight 100-tackle season for the first-team all-Mountain West performer.

Fellow all-league first-teamer Alijah Halliburton had a game-high 11 tackles and also notched his second career interception to set up the Cowboys’ final touchdown of the opening quarter. Rocket Ismail Jr., who played two seasons for the Cowboys after transferring from junior college, led all UW receivers with three catches for 50 yards. And cornerback Tyler Hall added 42 yards on a pair of kickoff returns for good measure.

It wasn’t a particularly large group — Wyoming had less than 20 scholarship seniors on the roster this season — but many of them have been part of all 30 of Wyoming’s wins over the last four years. The highlights include a Potato Bowl win over Central Michigan in 2017, an upset of a top-15 Boise State team in 2016 and a berth in the Mountain West title game that same season, but their last victory was just as if not more important given the circumstances.

Wyoming was again in championship contention heading into November at 6-2 overall, but the Cowboys lost three of their last four games to Boise State, Utah State and Air Force to drop to fourth in the Mountain Division standings. A 20-6 loss at Air Force to end the regular season was the most lopsided of the bunch and left a sour taste in the Cowboys’ collective mouth after a promising first two months.

For themselves and the program, the senior class wanted to wash it out. They did just that by flipping the script on GSU, giving them one last bite to savor.

“After this, I don’t even know if I’m going to be playing football,” said Halliburton, who was named the Arizona Bowl’s defensive MVP. “It was really a big game, especially for all of the seniors because some seniors definitely don’t know if they’re going to be playing any more football. Just to get this (W), especially for this program and this university, was very important.”

GETTING TO 30: Wyoming cruised to an Arizona Bowl win over Georgia State. It was the 30th and final win for the Cowboys' seniors over the last four years.

FAMILIAR FACES OUT: Tuesday's game brought an end to the collegiate careers of a handful of fifth-year seniors, including Casper natives Logan Wilson and Josh Harshman.

HE SAID IT: "It was really a big game, especially for all of the seniors because some seniors definitely don’t know if they’re going to be playing any more football." -- safety Alijah Halliburton.