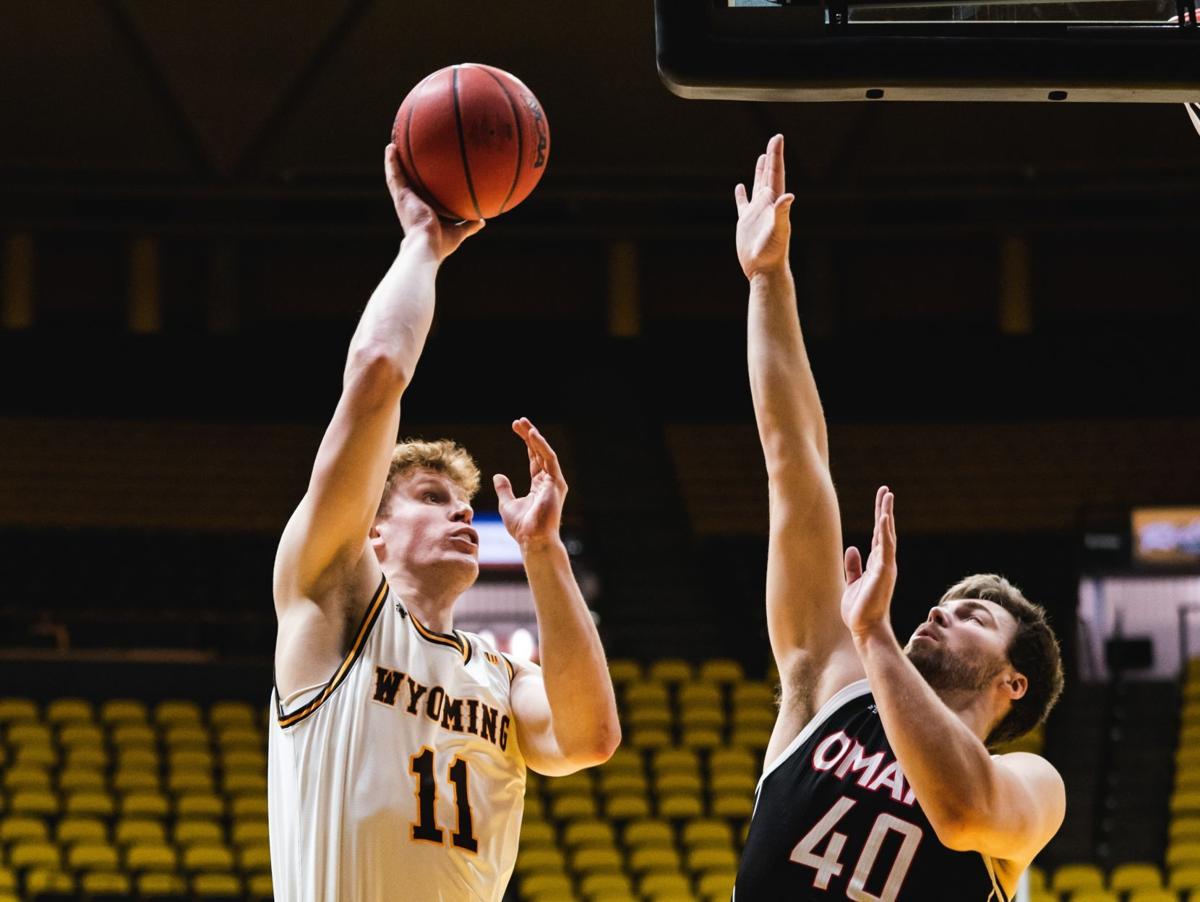 Wyoming forward Eoin Nelson shoots over Omaha's Matt Pile during their game Dec. 17 at the Arena-Auditorium in Laramie. Nelson will be out indefinitely with a lower leg injury. 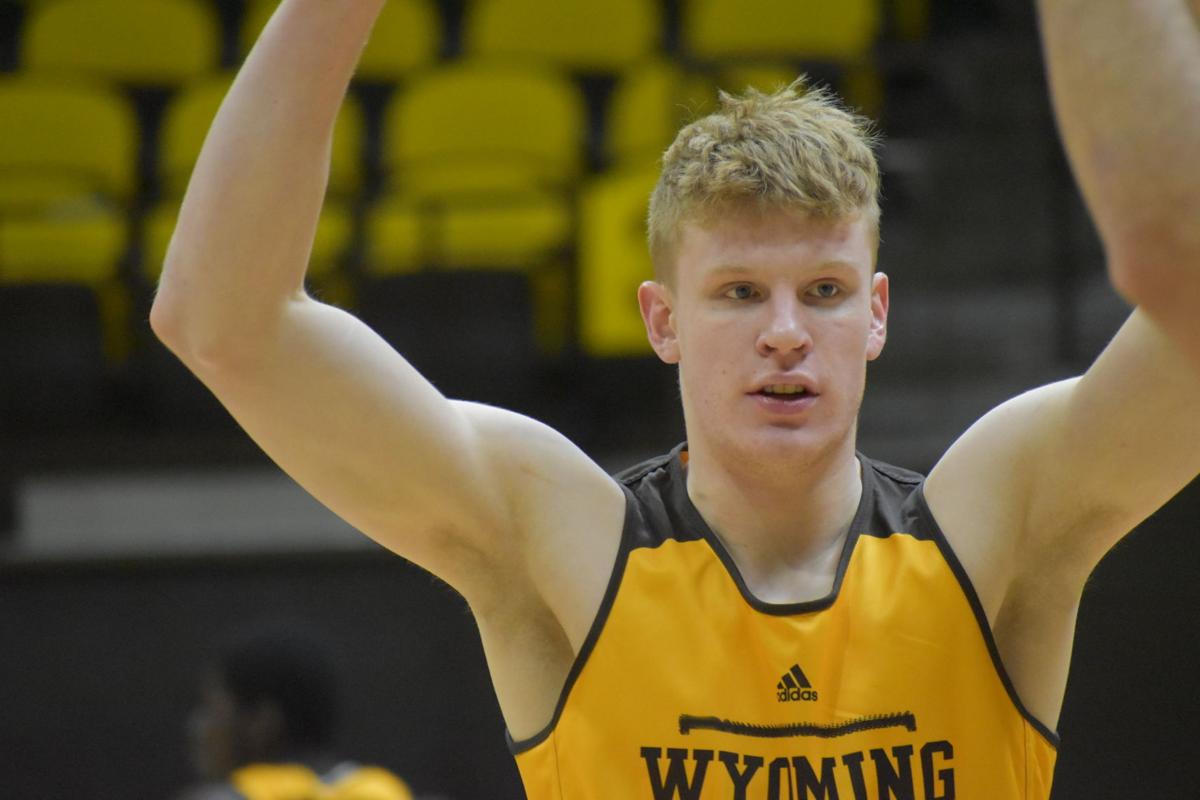 Wyoming forward Eoin Nelson is out indefinitely after recently sustaining an injury to his lower left leg.

Nelson, who sustained an injury to his lower left leg before the Cowboys’ two-game series at Fresno State last week, was evaluated once the team returned to Wyoming. Nelson underwent an MRI, and the good news for the 6-foot-10, 225-pounder is the injury wasn’t as bad as originally thought.

The bad news for UW (7-2, 1-1 Mountain West) is an already thin frontcourt will still be without one of its key pieces for the foreseeable future.

“We were fearing that he’d possibly ruptured his Achilles tendon,” UW coach Jeff Linder said Friday. “Thankfully (Thursday) we got the MRI results back. That’s not the case, but he will still be out for a significant amount of time.”

UW is also waiting for freshman center Graham Ike (ACL surgery) to be cleared for competition, which Linder has said should happen later in the conference season. John Grigsby is another frontcourt option, but the freshman forward, who originally joined the program as a walk-on, has only played two minutes all season.

Junior forward Hunter Thompson is the only true big the Cowboys have available that’s playing regular minutes, which has forced UW to go with an even smaller lineup than usual at times.

UW, which is coming off an 81-61 loss to Fresno on Monday, split its series with the Bulldogs. Once Thompson fouled out late in the first game — a four-point win for the Pokes on Jan. 2 — UW finished it with freshman wing Jeremiah Oden as its de facto center.

Nelson, who watched both games from UW’s bench while wearing a protective boot, is averaging 3.6 points and 3.6 rebounds in 11.1 minutes per game this season.

His absence certainly won’t help UW’s effort in trying to defend the post, which has been a struggle all season. The Cowboys are giving up 38 points per game in the paint as teams have shot 45.5% from the floor against them, the second-highest clip in the Mountain West.

It won’t get any easier next week when Boise State visits the Arena-Auditorium. UW is scheduled to play Monday and Wednesday against the Broncos (9-1, 5-0), who had won nine straight entering their game Friday night against Air Force and are tied with Utah State atop the league standings.

“With us being a little bit smaller right now, teams are going to try to take advantage of us in the post,” Linder said. “I’m sure Boise with (Abu) Kigab, (Derrick) Alston and (Emmanuel) Akot, they’re going to try to get in some dribble-down situations, and they’ll try to throw it in to the big boy (Mladen Armus) a little bit more inside even though he’s not shooting a great percentage. But I’m anticipating them trying to get the ball inside a little bit more.”

HE SAID IT: "We were fearing that he'd possibly ruptured his Achilles tendon. Thankfully (Thursday) we got the MRI results back. That's not the case, but he will still be out for a significant amount of time." -- UW head coach Jeff Linder.

Cowboys' sophomore big will miss his second straight game Monday as UW awaits word on the severity of his injury.

Cowboys, who have lost the rebounding battle in all but three of their games, are coming off a minus-24 deficit on the glass in their series-opening loss to Boise State.

Wyoming hoping to have Hunter Thompson back against Air Force

Wyoming forward Eoin Nelson shoots over Omaha's Matt Pile during their game Dec. 17 at the Arena-Auditorium in Laramie. Nelson will be out indefinitely with a lower leg injury.

Wyoming forward Eoin Nelson is out indefinitely after recently sustaining an injury to his lower left leg.