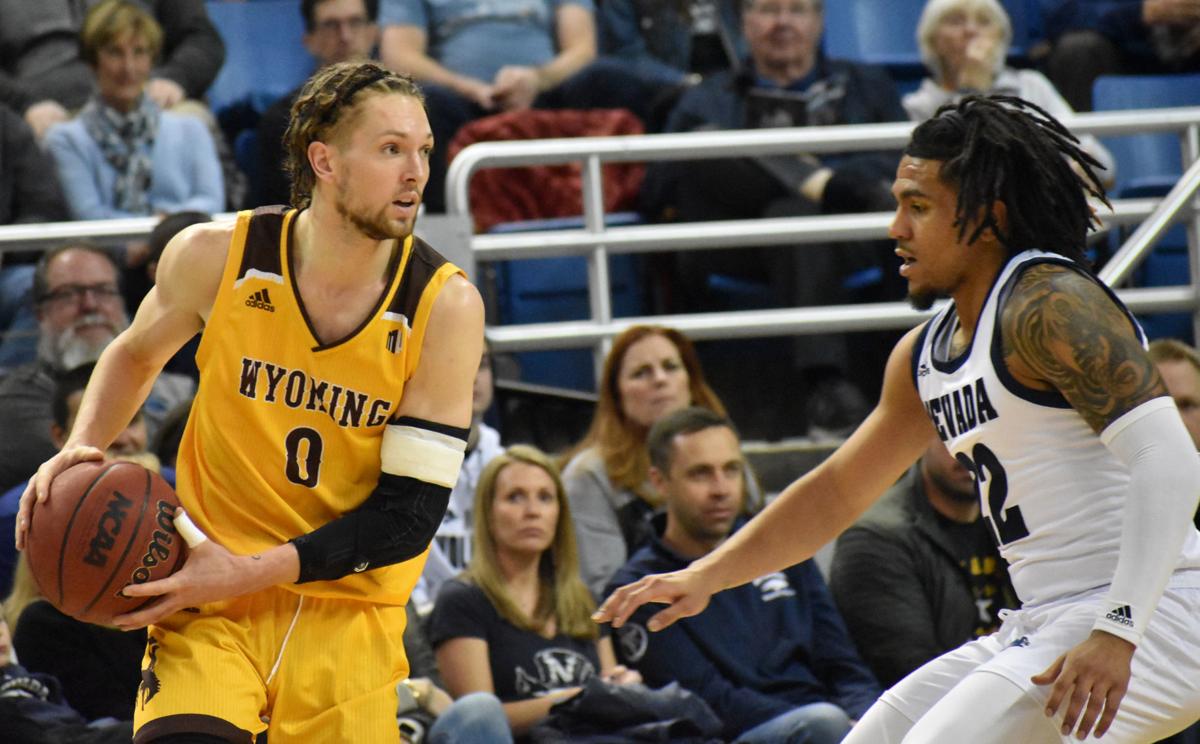 Wyoming guard Jake Hendricks is defended by Nevada's Jazz Johnson during their game Tuesday at the Lawlor Events Center in Reno, Nev. The Cowboys fell to 0-7 in Mountain West play with a 68-67 loss. 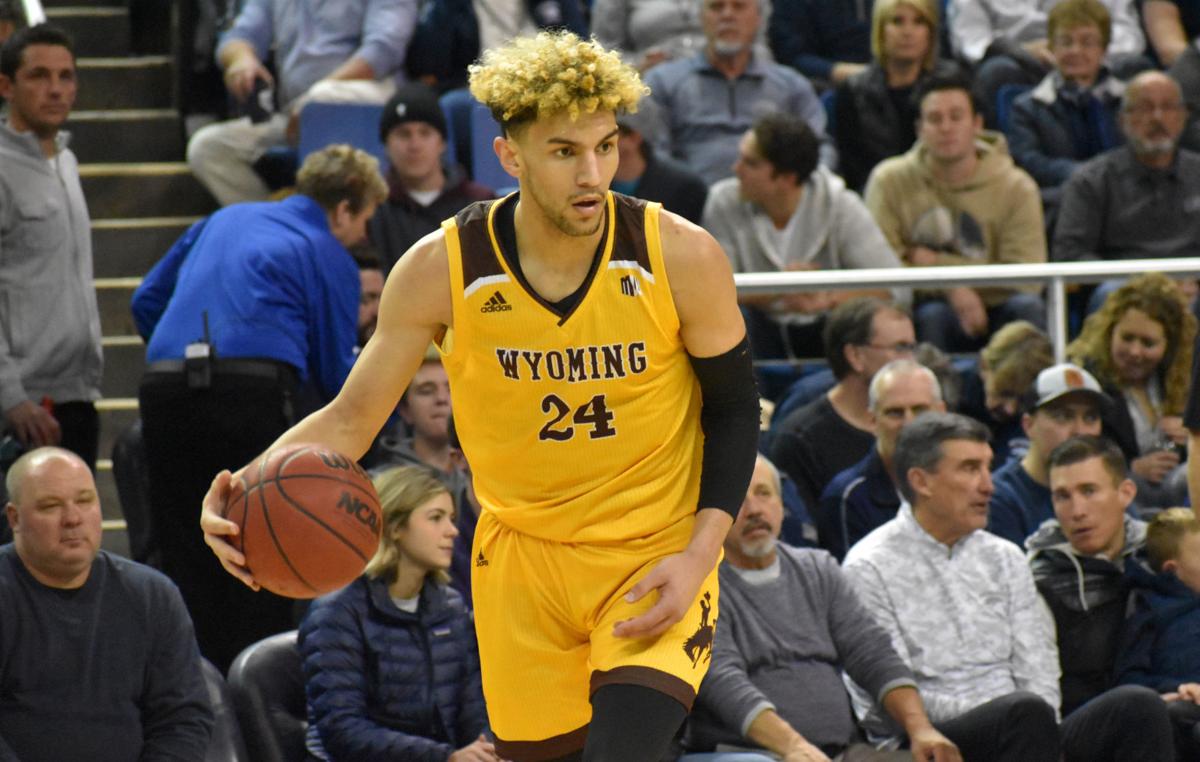 Wyoming guard Hunter Maldonado brings the ball up the court against Nevada on Tuesday at the Lawlor Events Center in Reno, Nev.

Wyoming threatened to spoil one of the Mountain West’s best home-court advantages and finally break through in the league all at once Tuesday night. Instead, the Cowboys’ heartbreak continued.

“I think our guys took my message to heart after the San Diego State game about putting more time in outside of what we’re doing with them,” Wyoming coach Allen Edwards said on postgame radio. “Getting in the weight room and getting shots up, and it’s heartbreaking to lose it that way.”

Hunter Thompson matched a season-high with four 3-pointers on his way to 16 points while Jake Hendricks and freshman guard Kenny Foster each added 10 points for the Cowboys, who shot nearly 45 percent from the field in the second half to push Nevada to the brink in its own building — a place the Wolf Pack had won 14 straight conference games dating back to the 2017-18 season entering the night.

Maldonado paced Wyoming with 17 points, including a contested runner that gave the Cowboys the lead back with 15 seconds left after Nisre Zouzoua’s steal and dunk put Nevada ahead just moments earlier. Harris used a screen at the top of the key to get into the lane and euro-stepped past Maldonado to lay in the go-ahead basket, and Wyoming misfired on a couple of looks in the waning seconds en route to its fifth straight loss.

It came three days after Wyoming blew a seven-point lead in the final 1:25 of regulation in an overtime loss to UNLV over the weekend. The Cowboys have lost eight straight league games dating back to last season, a skid they’ll once again try to end Saturday when Fresno State visits the Arena-Auditorium.

“You’re obviously disappointed in the last two because you didn’t come away with the win, but you’re encouraged because you felt like you did what you were supposed to do to win,” Edwards said. “And that’s what we tried as a staff to get our guys to understand.”

Martin, the MW’s second-leading scorer, led all scorers with 20 points. The Louisiana Tech transfer combined with fellow guard Jazz Johnson, the league’s fifth-leading scorer, to score 36 points for the Wolf Pack, who also shot 92.3 percent (12 of 13) from the free-throw line to help themselves overcome an uncharacteristically poor shooting night from the 3-point line (6 of 25).

It took both teams a while to find a rhythm offensively. Wyoming shot 41 percent from the field in the first half but started just 2 of 11 from 3-point range. Nevada, which came into the night with the second-highest 3-point field-goal percentage in the league, wasn’t much better, making just four of its first 15 shots from beyond the arc. But behind their dynamic backcourt scoring duo, the Wolf Pack took a 32-26 halftime lead.

Harris and Johnson combined for 21 of Nevada’s first-half points on 8 of 15 shooting. Harris’ steal and dunk with 1:01 left gave the Wolf Pack their largest lead of the half at 30-23 before the teams went back and forth late as part of another painful finish for the Cowboys.

“You’re encouraged because of the youth to come on the road in a hostile environment and to compete and play the way that they played,” Edwards said. “I’m proud of them, but like I told them, we’ve just got to keep chopping.”

Cowboys are 0-5 in league play and have lost 24 of their last 28 Mountain West games.

Wyoming guard Jake Hendricks is defended by Nevada's Jazz Johnson during their game Tuesday at the Lawlor Events Center in Reno, Nev. The Cowboys fell to 0-7 in Mountain West play with a 68-67 loss.

Wyoming guard Hunter Maldonado brings the ball up the court against Nevada on Tuesday at the Lawlor Events Center in Reno, Nev.