LAS VEGAS – The Dome of Doom was back.

At least it was for one memorable afternoon as the Pokes ended a painful eight-game losing streak and won their first Mountain West game of the season at the expense of rival Colorado State.

“That’s the way everybody wants it to be, and we have to continue to take steps in that direction,” Hunter Maldonado said of Saturday’s 58-57 Border War win in front of an appreciative crowd of 6,698 at the Arena-Auditorium. “Obviously it’s one game, and if we go out and play like we did in the past four games in the next game it doesn’t matter.”

Maldonado finished with seven points, five assists and two rebounds against the Rams, who were focusing their defense on the super senior.

Hunter Thompson, back in the lineup after a bout of mononucleosis, led the team with eight rebounds. Nate Barnhart, who made his first career start in the loss at Air Force, continued to provide a spark with four points, four rebounds, a block and a steal in 19 minutes off the bench.

“It just makes the game so much easier. Big Nate and Thompson were such a huge presence on defense,” Reynolds said. “I’m so proud of Big Nate, man, he just waited his turn, never complained, showed up every day and he’s reaping the benefits right now.”

“The biggest thing is going to be, can you slow them down in transition by running good offense,” UW head coach Jeff Linder said. “And can you do a good job, once you’re in the half court, of sitting down and guarding guys.”

The Rebels have lost four consecutive games and are tied with UW for last place in the MW standings after finishing 11-1 in non-conference play with wins over Dayton, Minnesota and Washington State.

“There is frustration, but we need to just keep going at it,” UNLV head coach Lon Kruger said after his team lost at Fresno State. “We need to get our edge and that chip back again and it’s hard to do when you are struggling. We have to understand and realize that coming into the season when no one really expected us to do anything, we had an edge and a chip, and we have to get that swagger and confidence back.”

UW was picked to finish second in the MW but has struggled without preseason player of the year Graham Ike. Linder has used an NCAA-high 14 different starting lineup combinations in 19 games.

But after struggling on the defensive end for most of the season, the Pokes limited CSU to 21 points in the first half and held on for the win after coughing up a 16-point lead.

“In those last four minutes for us to find a way to get some stops once they got the lead, a lot of games this year they get the lead and our guys put their heads down,” Linder said. “They stayed the course and got the win.”

WE’RE NO. 10!: The Cowboys, coming off a 58-57 victory over Colorado State, can move out of the Mountain West basement with a road win over the struggling Rebels, who have lost four consecutive games. UW has used 14 different starting lineups this season, which is the most in the NCAA.

HE SAID IT: “Obviously it’s one game, and if we go out and play like we did in the past four games in the next game it doesn’t matter.”– UW’s Hunter Maldonado on trying to build off the win over the rival Rams.

The Cowgirls start cold and can't catch up in 73-66 loss to San Diego State.

The short-handed Cowboys were without Hunter Maldonado and Graham Ike and rolled out their 13th starting lineup in 18 games. 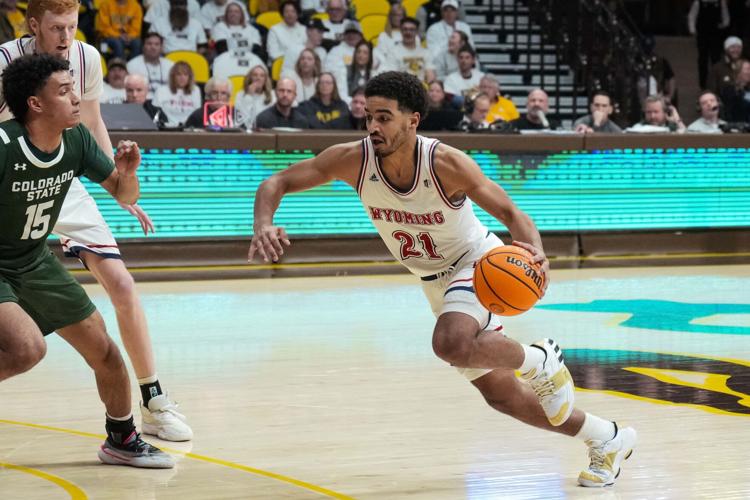 Wyoming's Noah Reynolds drives to the basket in the Cowboys' game against Colorado State on Saturday at the Arena-Auditorium in Laramie. 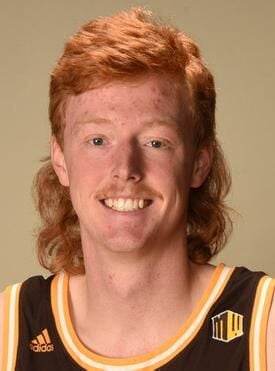