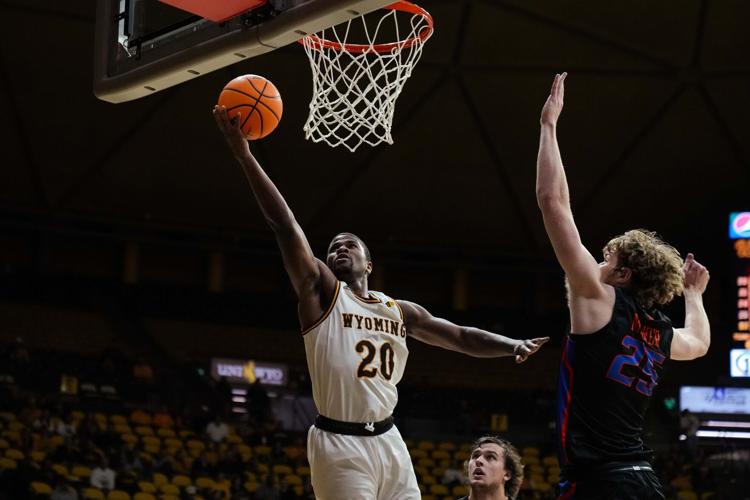 Wyoming's Ethan Anderson shoots a layup in the Cowboys' game against Boise State on Saturday night at the Arena-Auditorium in Laramie. 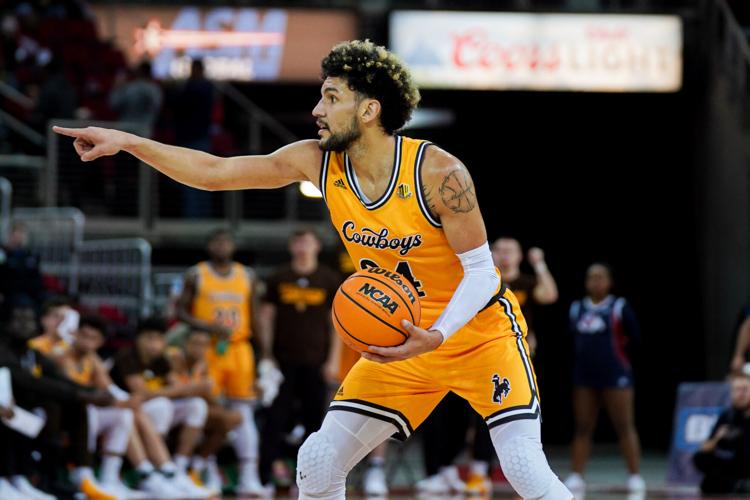 Wyoming's Hunter Maldonado directs the offense during the Cowboys' game against Fresno State on Dec. 28 at the Save Mart Center in Fresno, Calif.

LARAMIE – The visiting teams are supposed to be the ones worried about oxygen at the Arena-Auditorium.

But Wyoming’s Hunter Maldonado was the one having trouble breathing after the Cowboys’ 85-68 loss to Boise State on Saturday night.

Maldonado scored 12 points, suffered a bloody nose and limped off the court in pain after a hard fall with 3:03 remaining and the Pokes trailing 83-59.

“I’ve got Hunter Maldonado in the training room right now struggling to breathe,” UW head coach Jeff Linder said. “Ultimately, that’s what I’m focused on. That’s a guy that was feeling sick, and in this day and age a lot of guys when they feel a little sick, you know what, they decide they’re going to tap out.

“In the case of Maldonado, it just shows his character and his toughness and how much he cares about the program knowing he wants to try to find a way to right the wrong and get the ship in the other direction.”

When asked how serious Maldonado’s condition was, Linder said the super senior was “in a bad way right now” and possibly headed to the hospital.

The situation improved overnight with a UW spokesman stating that Maldonado “is feeling better” and considered day to day.

The Cowboys play Air Force on Tuesday night at Clune Arena where Maldonado, who is from Colorado Springs, made the game-winning layup last season.

The crowd of 4,178 didn’t have much to cheer about Saturday in Laramie as the Cowboys lost their seventh consecutive game.

Nate Barnhart, the lanky 7-footer with the flowing red locks, provided a very brief spark by hitting a 3-pointer to cut the deficit to 13 points in the second half.

But two of Boise State’s bigs, Chibuzo Agbo and Naje Smith, were a combined 8-for-16 behind the arc and finished with 18 points each.

Noah Reynolds returned to the starting lineup after missing the previous two games with a concussion. The sophomore guard finished with 13 points but was just 5-for-18 from the field, including 1-for-7 from 3-point distance.

Barnhart added a blocked shot to his highlight reel and then hit a second 3 to make the score 72-55 during the extended garbage time.

Smith, who had only made eight 3s all season, knocked down his fourth shot of the night from behind the arc to extend the Broncos’ lead to 79-55.

“We know as low of a valley as we’re in right now we can be at the peak the next day,” DuSell said. “It just happens. You’ve just got to keep rolling with the punches.”

The Cowboys trailed 41-33 at the intermission after getting out-rebounded 23-15 and allowing Boise State to shoot 50% from the field.

Maldonado had nine points at the break but missed the front end of a one-on-one with a chance to make it a two-possession game.

UW was 0-for-3 from the free-throw line in the first half.

Reynolds opened the game with a slam but missed an uncontested layup to end a promising run by the Pokes.

The Pokes missed 10 free throws in the game and allowed Boise State to score 18 points off 12 turnovers.

“I don’t think the sky is falling by any means,” Oden said. “You just keep perspective. What goes down must come up eventually, as long as we just keep going out there every day. You’re only down if you start thinking you’re down.”

Wyoming Cowboys are patiently waiting for Graham Ike's return, but could have Noah Reynolds back for Boise State game Saturday night at the A-A.

The Pokes drop their sixth consecutive game and fall to 0-4 in Mountain West play with 83-63 loss at Utah State.

The short-handed Cowboys were without Hunter Maldonado and Graham Ike and rolled out their 13th starting lineup in 18 games.

Pokes are looking to end eight-game losing streak with a win over Border War rival Colorado State on Saturday at the Arena-Auditorium.

Wyoming's Ethan Anderson shoots a layup in the Cowboys' game against Boise State on Saturday night at the Arena-Auditorium in Laramie.

Wyoming's Hunter Maldonado directs the offense during the Cowboys' game against Fresno State on Dec. 28 at the Save Mart Center in Fresno, Calif. 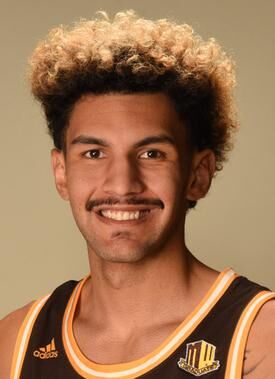