LARAMIE — Craig Thompson may have best summed up the current state of college athletics with a single phrase.

Yet even during a time when college sports have few answers to a number of questions that continue to mount amid the coronavirus pandemic, there’s one answer that was easy for the Mountain West’s commissioner to provide.

During a two-part, in-house interview with the Mountain West Network this week, Thompson said there won’t be any sort of athletics activity at the league’s member schools until college campuses are in full operation again. Campuses nationwide have been closed in response to the coronavirus outbreak with many schools moving classes online for the remainder of the spring semester, including the University of Wyoming, one of the MW’s 12 member institutions.

As for who will be deciding when campuses open again, Thompson said that will be left to university presidents, medical professionals, health officials and all levels of government.

“Arguably right now there’s maybe 20 to 30 potential states that could have somewhat of a rolling opening, so they may be possibly ready to resume whatever normal is,” Thompson said. “But those who aren’t, it’s going to take a combination of several sources to make the determination of is it safe to reopen and get 30,000 students co-mingling on a campus?”

With all spring sports canceled, the most pressing concern for the MW is whether or not there will be a football season this fall given the significant revenue it produces for conferences nationwide and their member institutions. One of the largest sources of that revenue is the media rights agreement the MW has with CBS and ESPN to televise football and men’s basketball games.

The league is set to enter a new six-year contract with CBS and FOX on July 1, a far more lucrative deal that’s set to triple the amount of money each school is receiving now. That is, as long as the league fulfills its contract obligations.

Deferred or reduced payments if the season is impacted isn’t a topic that’s been discussed yet with the networks, Thompson said. He added it’s too early to know whether each team will be able to play a 12-game schedule if there’s a season at all.

“We just gave CBS, by contractual rights, the first seven picks (for football season), so they’re looking at those games now,” Thompson said. “We’re kind of business as usual with the eye knowing that it may change tomorrow.”

Thompson said he’s heard from coaches who’ve told him their teams would need six to eight weeks to adequately prepare for the season once players are cleared to return to campus. Others have said they’d need just four weeks, though Thompson said those coaches are in the minority.

Given that timeline, a decision would need to be made in early July as to whether most teams would be able to start their seasons on Labor Day weekend as scheduled, though Thompson confirmed contingency plans have already been discussed if that’s not possible. They include postponing the season until October or playing the season next spring.

UW athletic director Tom Burman recently told the Star-Tribune that he and other athletic directors around the league have already started pondering these alternatives, but even some of those could present issues logistically. Playing in the spring, for example, could mean trying to play games in heavy snow in Wyoming and Colorado, states that are home to 25 percent of the league’s football members.

“Can you play a football game in March in Colorado?” Thompson said. “Then lastly and certainly, how does that blend into the academic calendar? And what does that do up against a number of professional sports that are played at the same time? … If they’re all being played generally on top of each other, what challenges does that create?”

Even when student-athletes are cleared to return to their respective campuses, there’s a good chance not all of them will do so simultaneously. Thompson cited Wyoming as one of the few states that still doesn’t have a stay-at-home order in place in an effort to prevent the spread of the virus, so some schools may be able to get their athletes back on campus and start practicing sooner than others.

Figuring out that competitive balance, Thompson said, is just one of the many decisions that will be weighed in the coming months.

“Do we have to wait until all 50 (states) are open because you can understand the clamor there would be if certain coaches are saying, ‘Well, they can practice in seven of the Mountain West states, but we can’t in the eighth, so none of you can practice until we can practice and open up our campus,’” Thompson said.

EASY ANSWER: Mountain West commissioner Craig Thompson said no sports will return in the conference until college campuses are reopened.

ALTERNATIVE PLANS: Contingency plans for the 2020 football season are being discussed, including possibly postponing the start of the season or playing in the spring.

HE SAID IT: "Everybody wants tomorrow’s answers today." -- Thompson.

Unknowns far outweigh the knowns with sports world on hold.

The event, which had previously been held in Las Vegas, was scheduled to move to Los Angeles this summer. 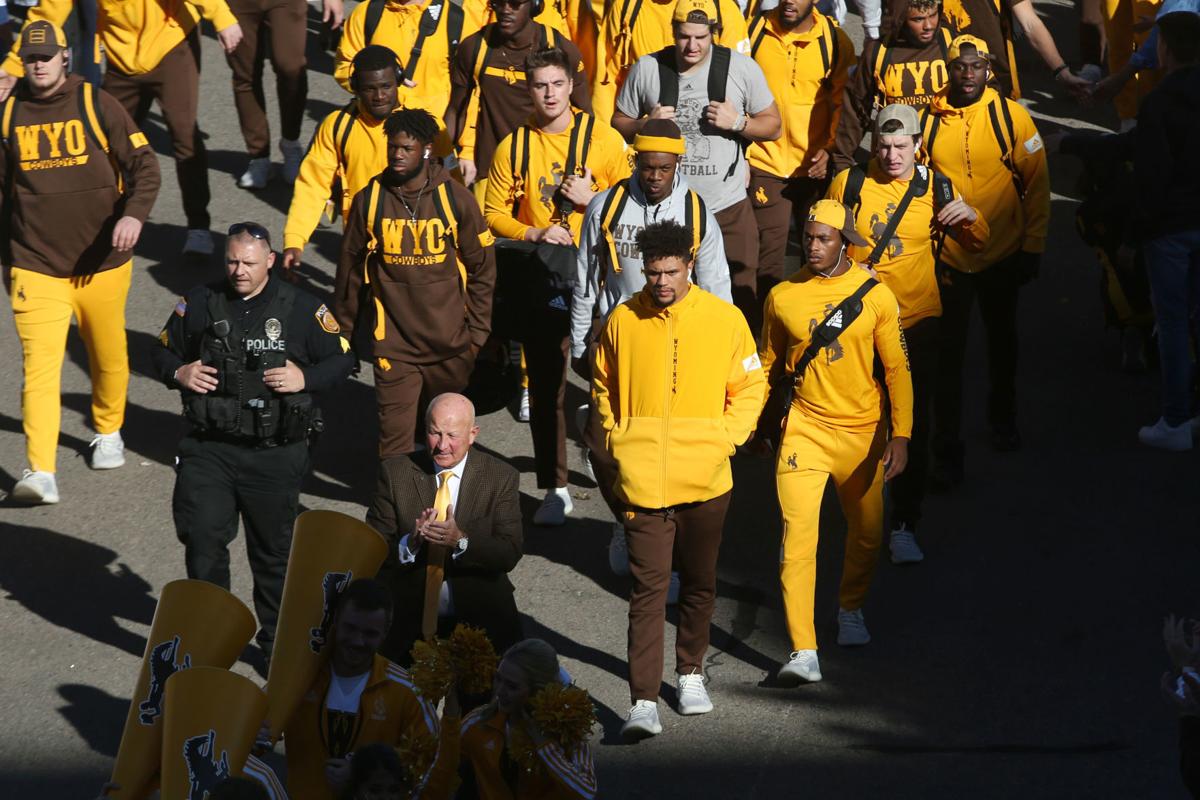 Wyoming coach Craig Bohl, front, leads the Cowboys into War Memorial Stadium before the Cowboys' game against UNLV on Sept. 28, 2019, in Laramie. 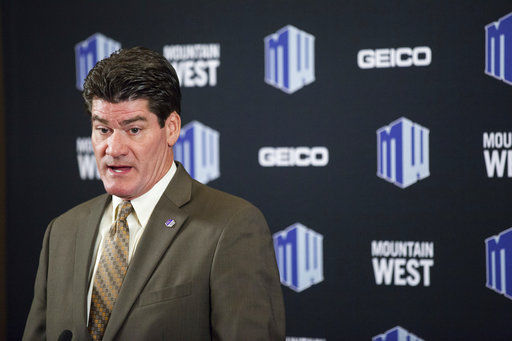