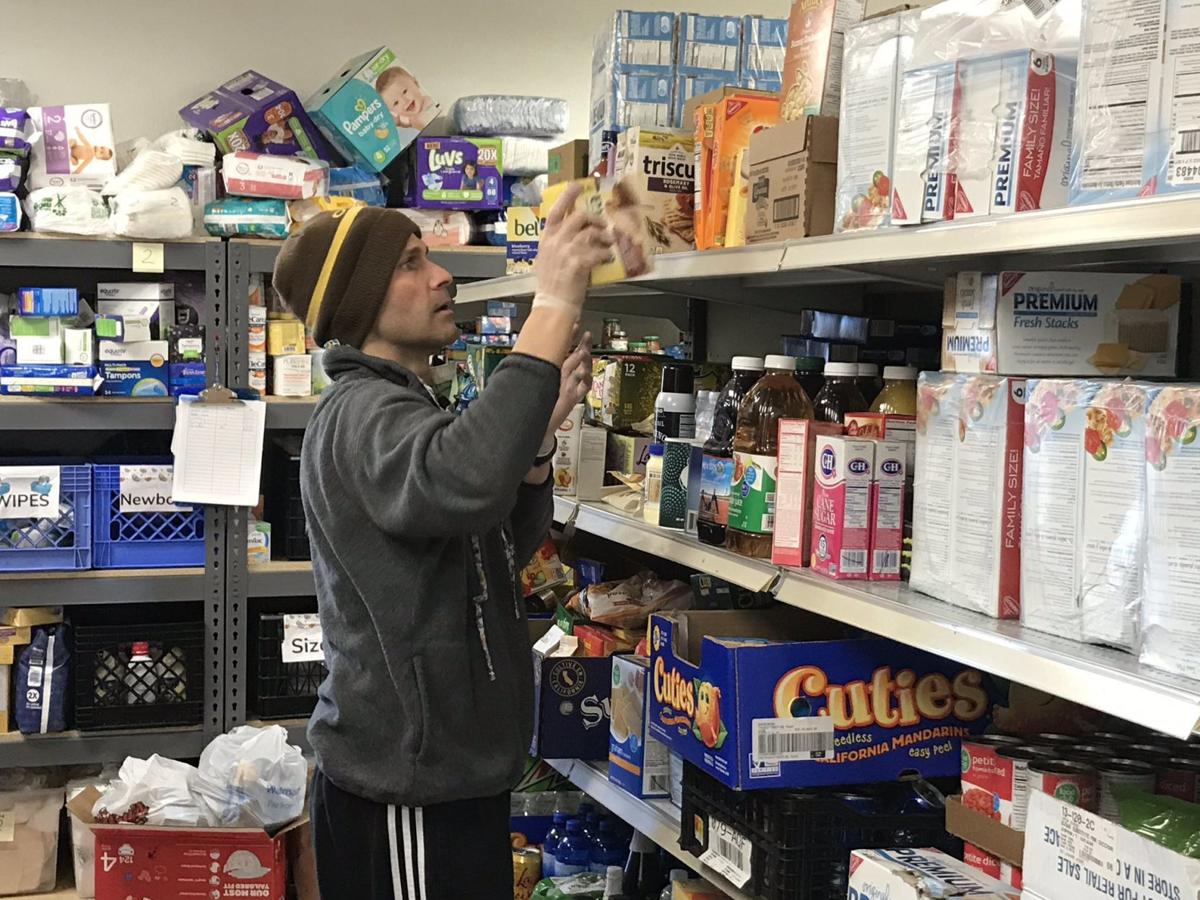 Wyoming deputy athletic director Matt Whisenant stocks shelves at the Interfaith food pantry on April 3 in Laramie. Many UW athletic department administrators and coaches have volunteered this month in response to the coronavirus outbreak. 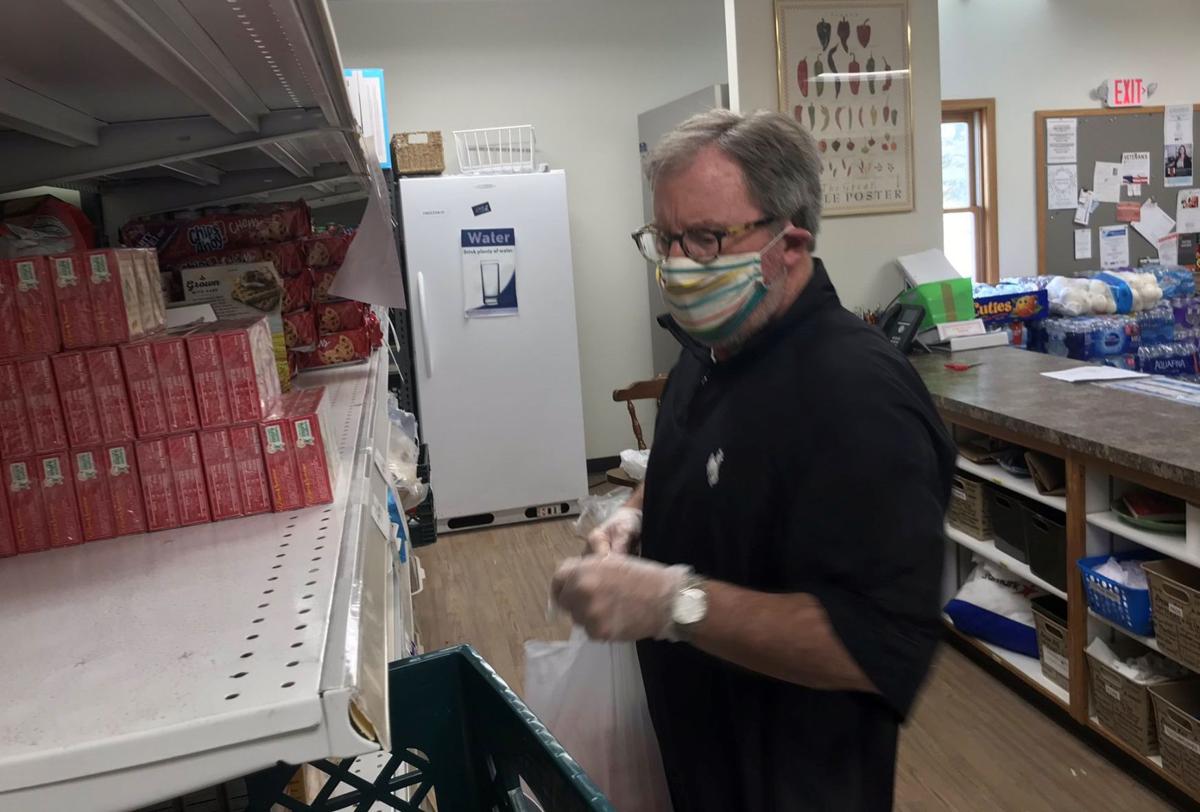 Kevin McKinney, Wyoming's senior associate athletic director of external affairs and radio color analyst, bags food at the Interfaith food pantry on April 3 in Laramie. Many UW athletic department administrators and coaches have volunteered this month in response to the coronavirus outbreak. 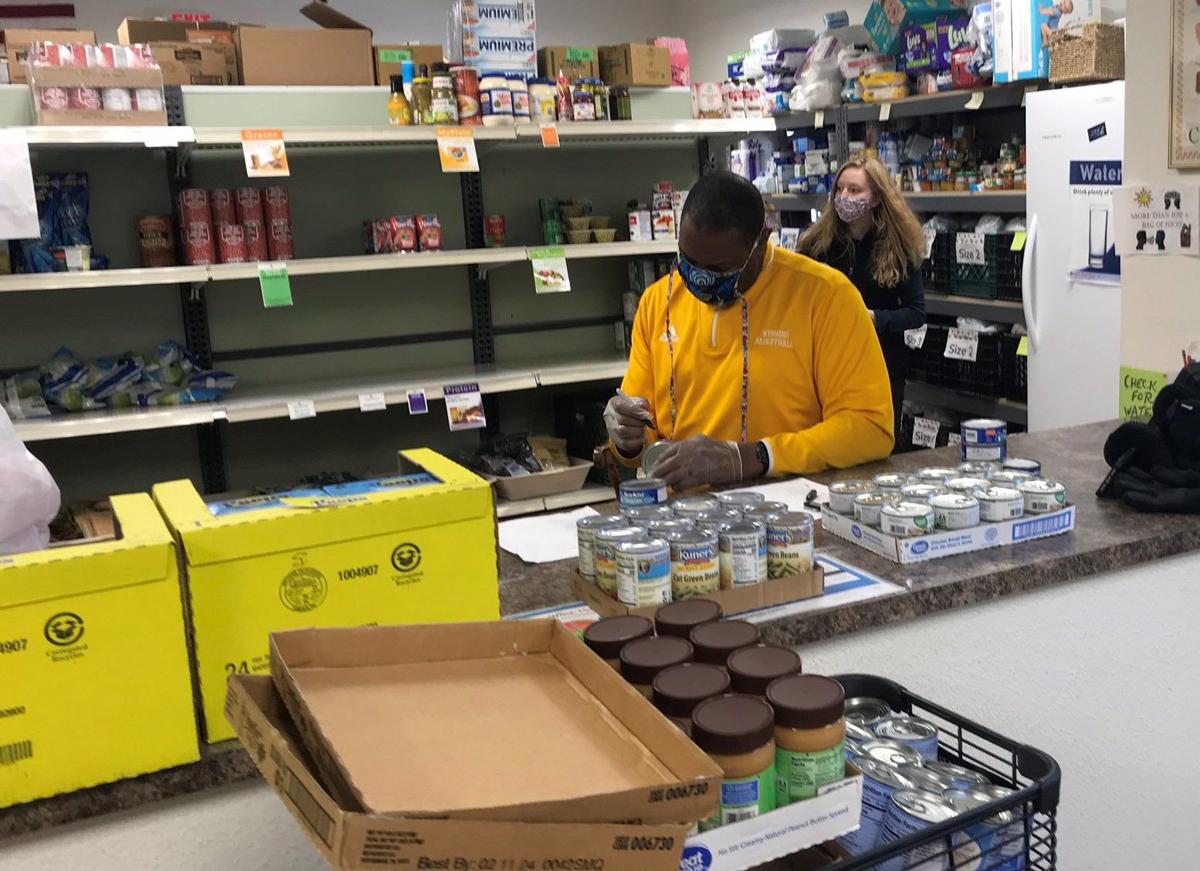 Wyoming men's assistant basketball coach Shaun Vandiver writes on a can of food while volunteering at the Interfaith food pantry on April 3 in Laramie. Many UW athletic department administrators and coaches have volunteered this month in response to the coronavirus outbreak.

LARAMIE — During her first shift on the job, China Jude noticed the supply was running low.

That meant Laramie Interfaith needed to restock in a hurry, so Jude, the senior associate athletic director for administration at the University of Wyoming, took it upon herself to help. Jude made a trip to Walmart and returned with $150 worth of food.

“Of course it’s always a good feeling because I am so fortunate not only that I’m employed during this tough time but have the opportunity to utilize the resources that I have to help others. And that’s what it’s all about,” said Jude, who doubles as UW’s senior woman administrator. “You see all the hashtags and hear all the slogans about we’re in this together. Well, we really are in this together.”

Jude has joined other athletic department administrators and coaches from the university to offer a helping hand during the coronavirus outbreak by volunteering at the local food pantry. Athletic director Tom Burman, deputy athletic director Matt Whisenant, longtime radio color commentator Kevin McKinney and men’s assistant basketball coach Shaun Vandiver are among those who’ve also donated their time over the last few weeks to help prepare bags of largely non-perishable items for anyone who may need them.

“It’s really good work because you’re thinking about the people who need these groceries,” McKinney said. “I just feel good about it because I know it’s helping those that are having trouble right now. Who wouldn’t want to do that?”

Wyoming AD Tom Burman is taking a pay cut. Will coaches be required to follow his lead?

Once the pandemic caused a national shutdown last month, including a statewide order from Wyoming Gov. Mark Gordon calling for the closure of most non-essential businesses, Burman wanted the athletic department to get more involved in the local community. After kicking around some ideas, Burman and Jude decided on Interfaith, a non-profit organization that’s been providing assistance to Laramie residents in need for more than three decades.

“We brainstormed on what is going to be helpful in the community, what would be safe for not only us as staff but those who we are serving and supporting, and how do we make sure it’s going to make a significant impact?” said Jude, who worked in social services before embarking on a career in intercollegiate athletics two decades ago. “We did not want a one and done. We wanted to make sure whatever we decided to do that it was ongoing, coronavirus or not.”

Jude reached out to other administrators and coaches to see if they would be interested in joining the cause and coordinated volunteer times with Abby Melbye, Interfaith’s marketing and outreach coordinator. The group volunteered for the first time on April 3 with some taking three-hour morning shifts while others worked in the afternoon.

Most of their time was spent stocking shelves and bagging the food, though the organization has five different volunteer roles, including cleaners. McKinney said he started out disinfecting doors and surfaces the first time he volunteered before eventually being asked to bag groceries.

“Whatever is needed, you’re a volunteer,” McKinney said. “So you just do what they want you to do. I’m happy to do it.”

All volunteers are provided masks and gloves once they arrive to work and are spaced more than six feet apart in order to follow recommended social distancing guidelines. Melbye said everyone in the building is able to keep their space from each other since the organization isn’t allowing more than 10 people in at a time.

Interfaith has received interest not only from UW athletics but others in the community wanting to volunteer, which Melbye said has been a godsend since most of the organization’s usual volunteers are retired and now staying home to reduce their exposure given their older ages. Melbye said the food pantry distributes approximately 60 to 70 grocery-sized bags of food each day to anyone in need of it, adding there are no income requirements to receive the food.

Some volunteers work as distributors to get the bags to people using a drive-thru system the organization has created outside its building.

“Adding these volunteers coming in from UW athletics and all over the community, they’re the reason we’re still open,” Melbye said. “We honestly couldn’t be open without them. They’re tremendously helpful.”

Jude isn’t coordinating any more volunteer times for athletic department employees, though that doesn’t mean their work at Interfaith is done. Jude said now that the department is in its third week of volunteering, she has a list of 20 employees that have expressed a desire to do so.

Anyone who wants to now signs up for shifts online. McKinney, who also volunteers for Meals on Wheels, said he’s slated to volunteer at the food pantry again Friday while Jude also hopes her schedule allows her to volunteer again this week. Vandiver said he’s already scheduled to volunteer two more times in May.

Melbye said Interfaith is “pretty set” on volunteers, though it could be arranged for anyone who still wants to help to do so during slower periods each day. As Jude’s impromptu grocery run suggested, the organization’s most pressing needs are donations in order to keep up with the demands for money and food during a time in which some people find themselves in a pinch.

Those involved in UW athletics haven’t hesitated to help. Interfaith, which is open Monday through Saturday, is located at 712 E. Canby St.

“Help our community and help out our country,” Vandiver said. “Any way we can give back, especially being the in-state school, we’ve got to figure it out. This is a rough time where it’s more and more likely that some people might not have enough good to just exist. And this helps.”

HELPING OUT: Wyoming athletics administrators and coaches are volunteering at the food pantry at Laramie Interfaith in response to the coronavirus outbreak.

SHE SAID IT: "Adding these volunteers coming in from UW athletics and all over the community, they’re the reason we’re still open." -- Abby Melbye, Interfaith marketing and outreach director

Wyoming administrator making masks for the return of student-athletes

Wyoming deputy athletic director Matt Whisenant stocks shelves at the Interfaith food pantry on April 3 in Laramie. Many UW athletic department administrators and coaches have volunteered this month in response to the coronavirus outbreak.

Kevin McKinney, Wyoming's senior associate athletic director of external affairs and radio color analyst, bags food at the Interfaith food pantry on April 3 in Laramie. Many UW athletic department administrators and coaches have volunteered this month in response to the coronavirus outbreak.

Wyoming men's assistant basketball coach Shaun Vandiver writes on a can of food while volunteering at the Interfaith food pantry on April 3 in Laramie. Many UW athletic department administrators and coaches have volunteered this month in response to the coronavirus outbreak. 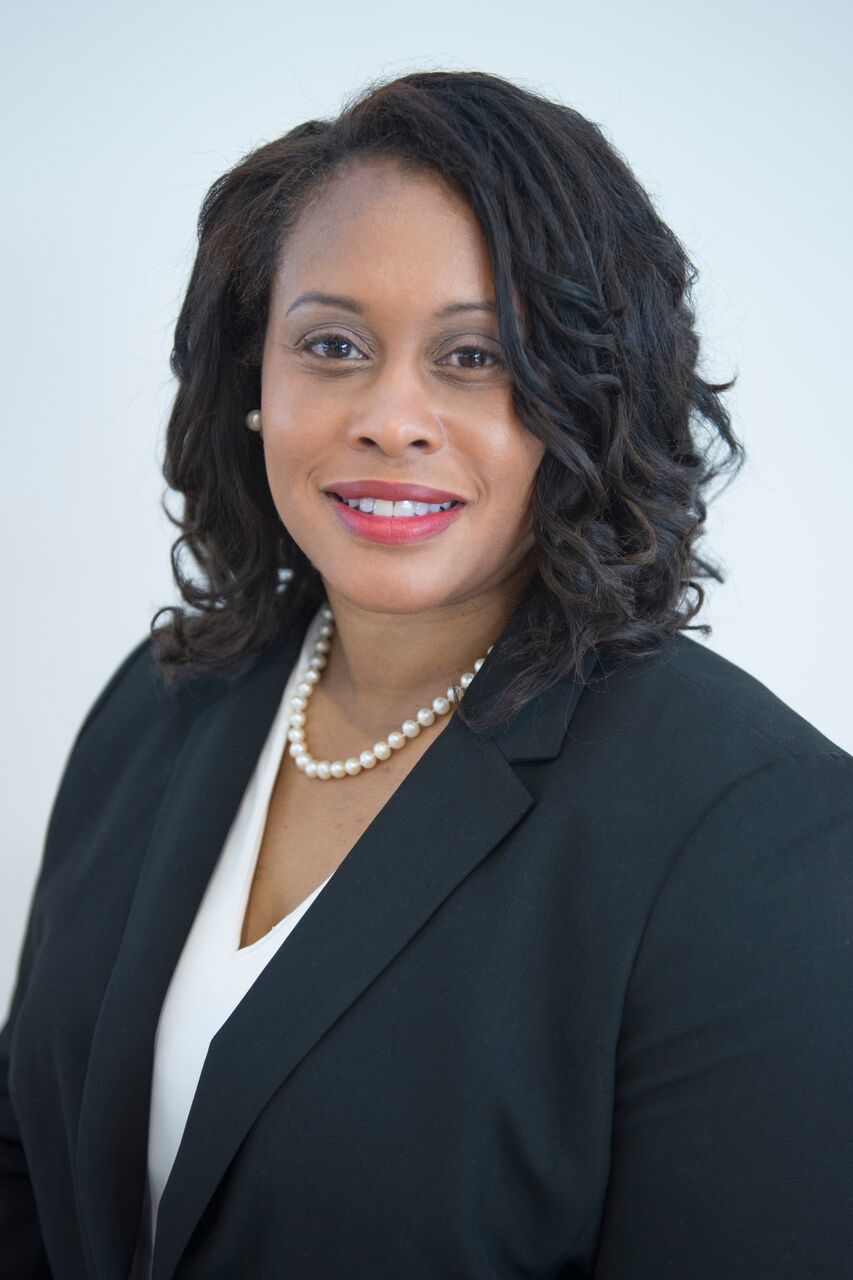