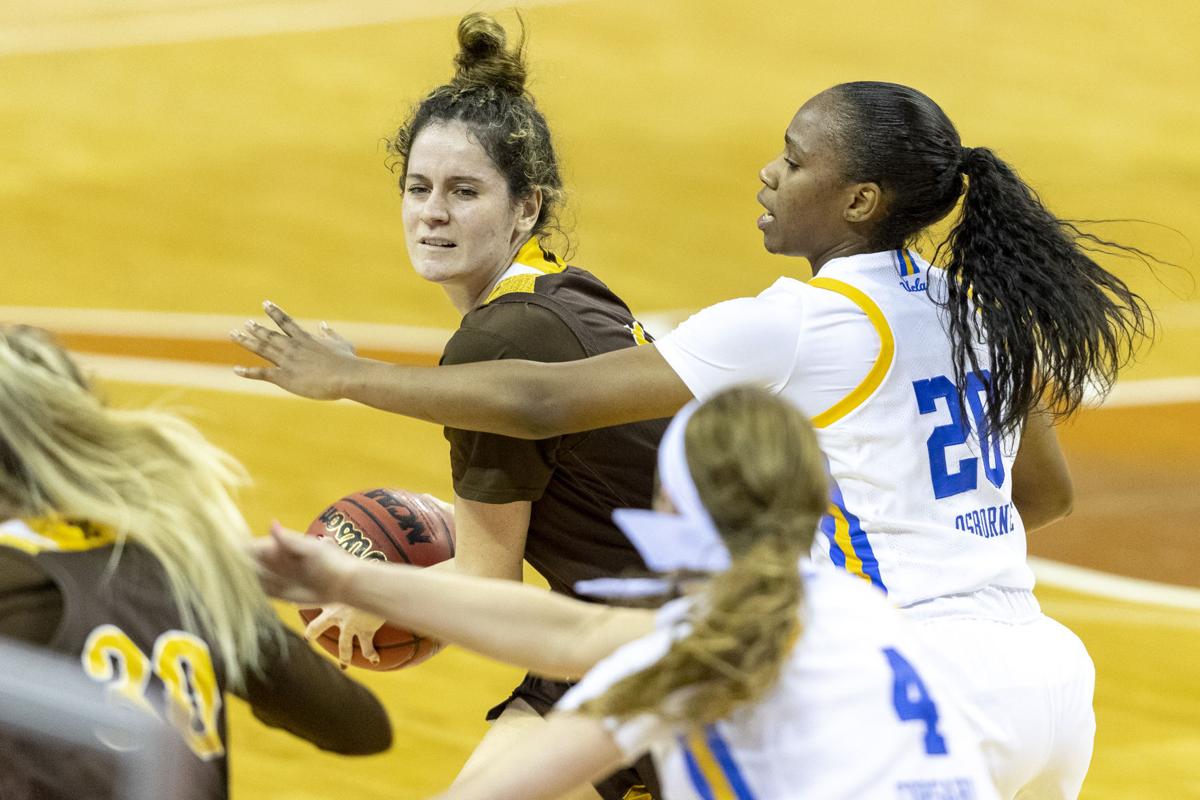 Wyoming's Alba Sanchez Ramos is defended by UCLA's Charisma Osborne during their game in the first round of the women's NCAA tournament on March 22 at the Frank Erwin Center in Austin, Texas.

A road trip to Nebraska on Dec. 22 will complete the Cowgirls’ preparation for Mountain West play. They will also play Denver (Nov. 26) and Tulane (Nov. 27) at the Pioneer Thanksgiving Classic.

UW’s other non-conference road games are at Missouri-Kansas City (Nov. 18) and Gonzaga (Dec. 3).

The Cowgirls will play exhibition games against Colorado Christian (Oct. 29) and CU Colorado Springs (Nov. 5) at the A-A. The program’s 2020 Mountain West Tournament championship banner will be revealed during a ceremony during the Nov. 5 game.

All home weekday non-conference games are slated for 6:30 p.m. starts, except for the opener against CSU-Pueblo, which will be Kid’s Day in Laramie. The Nov. 13 contest against Wichita State begins at 2 p.m., while Dec. 12 vs. NDSU tips at 1 p.m.

The Cowgirls’ first home conference game is Jan. 3 against Boise State. The regular-season finale is against Colorado State on March 2 in Laramie before UW tries to defend its MWC tournament crown March 6-9 in Las Vegas.

Postseason experience could be 'very valuable' for Cowgirls moving forward

Wyoming is in line to return more than 75% of its scoring and rebounding from its NCAA Tournament team.

Wyoming's Alba Sanchez Ramos is defended by UCLA's Charisma Osborne during their game in the first round of the women's NCAA tournament on March 22 at the Frank Erwin Center in Austin, Texas.